Patrick Taylor who runs the chorus program at GHS said the difference between the new piano and the 6ft, 11-inch “living room model” that was the school’s workhorse for 50 years is night and day. 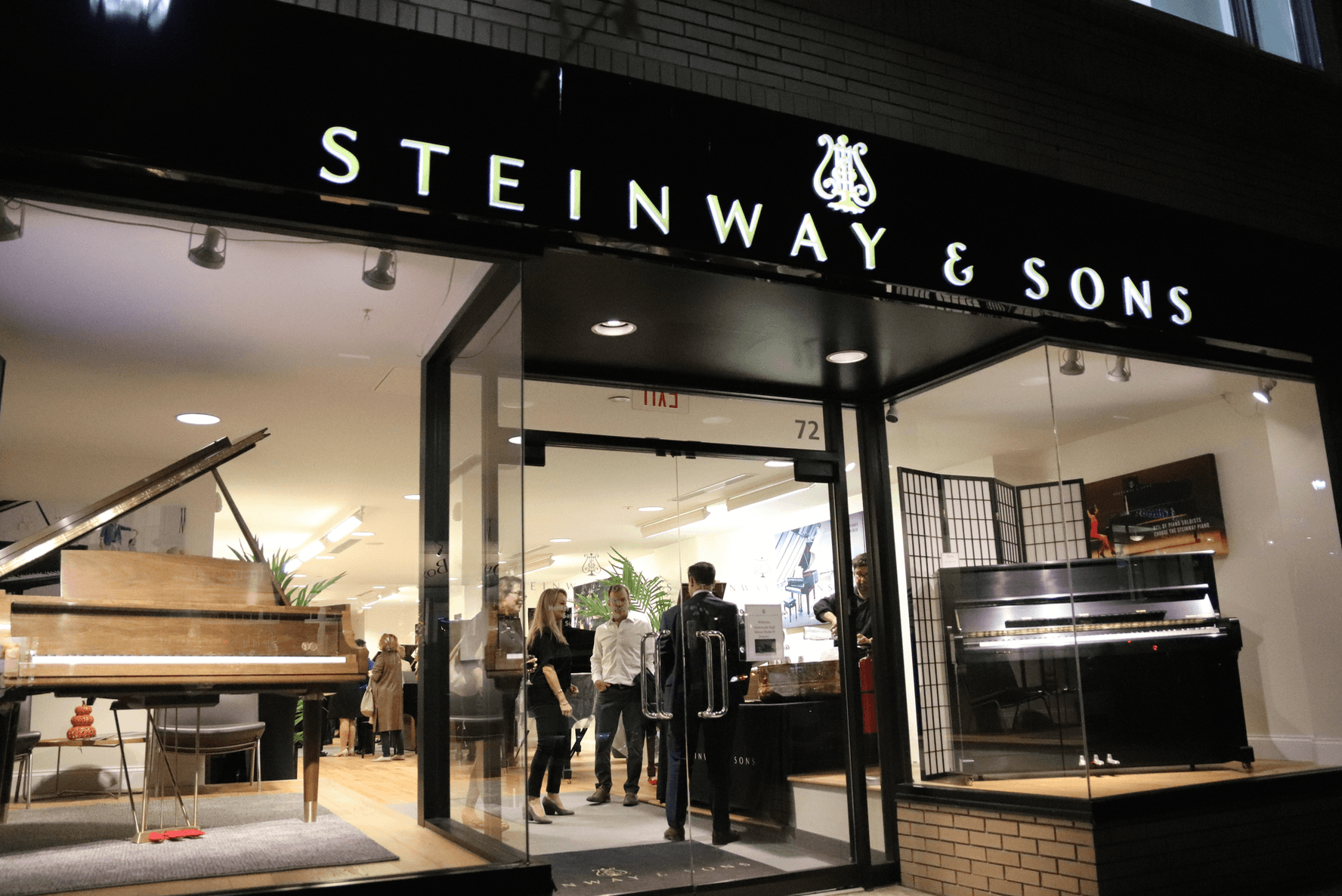 The old piano was in such disrepair and that music selections worked around the functionality of the piano and which keys didn’t stick.

“With this piano you barely have to touch the keys to get it to play,” Taylor said. “Whereas with the old piano you had to push down hard which meant: loud!”

The shortcomings of the old piano were particularly glaring once MISA (Music Instructional Space & Auditorium) was complete and the new performing arts center opened in 2015.

“The day after this hall opened I got my first call from a parent about replacing the piano,” Taylor recalled on Monday.

From there he said the fundraising soon began.

Lu Ann Bellantoni-Schiff, a parent of a former choir member, led the 88 Keys campaign that encouraged private donations. Specifically, people were allowed to “donate a key.”

Ultimately according to Mr. Taylor the names of donors will be on a display in the lobby outside the performing arts center.

On Monday night at Steinway & Sons, Ms. Bellantoni-Schiff said, “It was a great grassroots effort that got us here. People sponsored keys at various amounts.”

“People gave from the heart and it added up,” said Terry Lamantia, who was part of the fundraising effort. “The largest donation was from a parent who didn’t even have children in the music program.” 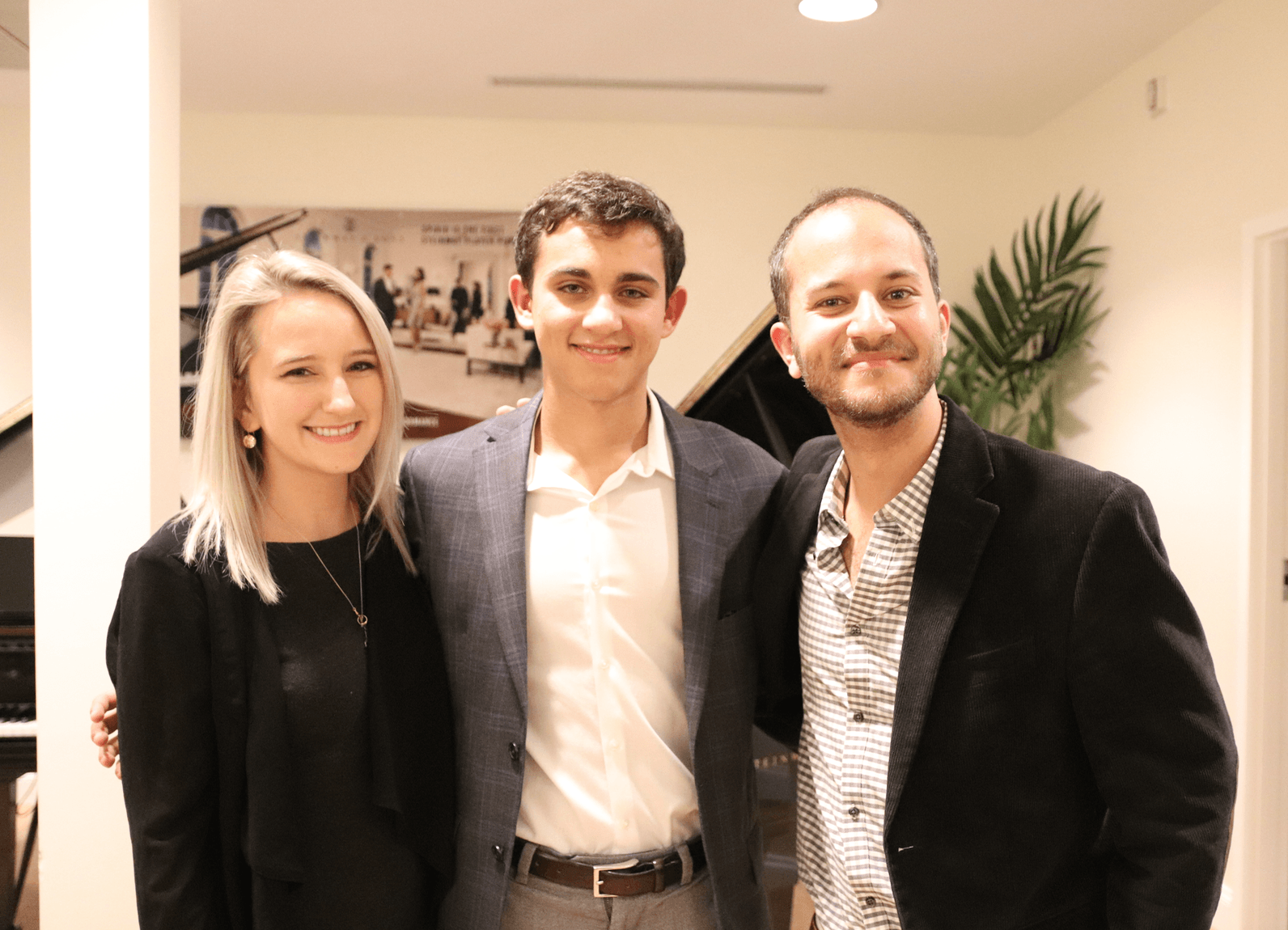 Mr. Taylor say a memorable experience was the selection committee’s visit to the Steinway & Sons factory in Astoria, Queens.

“We got to meet the guys who make the pianos and watch as they started to bend the wood,” he said. “When they’re handmade they can last a hundred years.”

Back in the day there were 400 piano makers between Baltimore and Boston. Today Steinway & Sons is the lone surviving American piano maker. 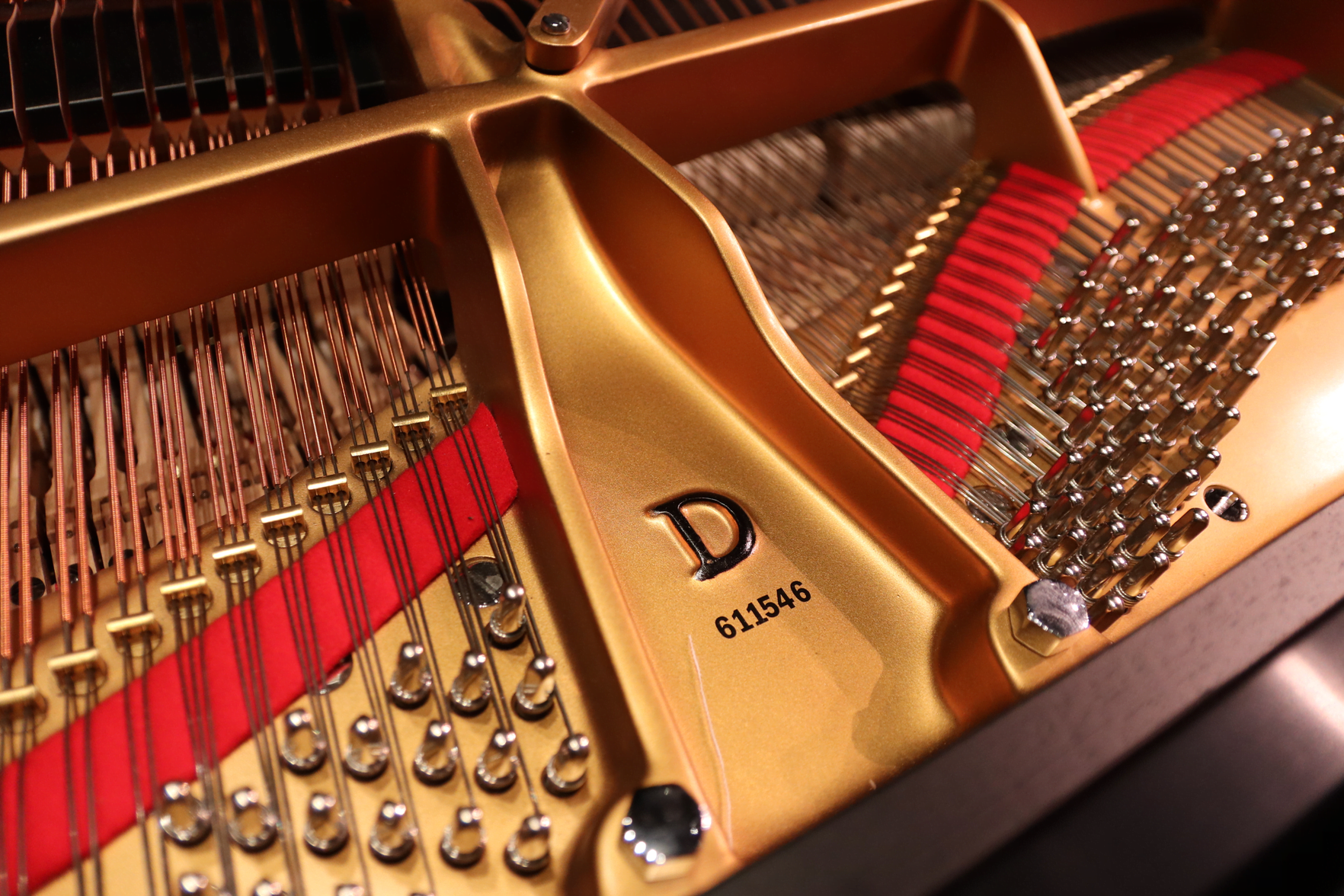 The piano the committee chose, #611546, has a satin ebony finish as opposed to a polished finish, which would reflect the lights in the performing arts center.

“It was great because the committee got to sit back and hear both classical and jazz,” Taylor said. “Each piano had a slightly different tonal quality.”

“It was like choosing from among Rolls-Royces,” he added.

And whereas the piano it replaced was used for classes during the day, the new piano is not.

In fact, the performing arts center is kept locked when it is not in use and the new Steinway has its own specially fitted quit cover. It takes three or four people to roll it carefully off stage into its dedicated storage room.

Mr. Taylor, who has been teaching at GHS for 21 years, said the addition of the piano completes the performing arts center.

“We’re set now. There are no limitations,” he added. “I’m surprised no one has tried to create a concert series here. Acoustically this is a beautiful space.”

The official unveiling of the new Steinway Concert Grand piano will be at the Fall Choral Concert, at Greenwich High School on Wednesday, Oct 23 at 7:30pm.  Next Wednesday, Oct 30 is the school’s jazz band concert at 7:30pm. 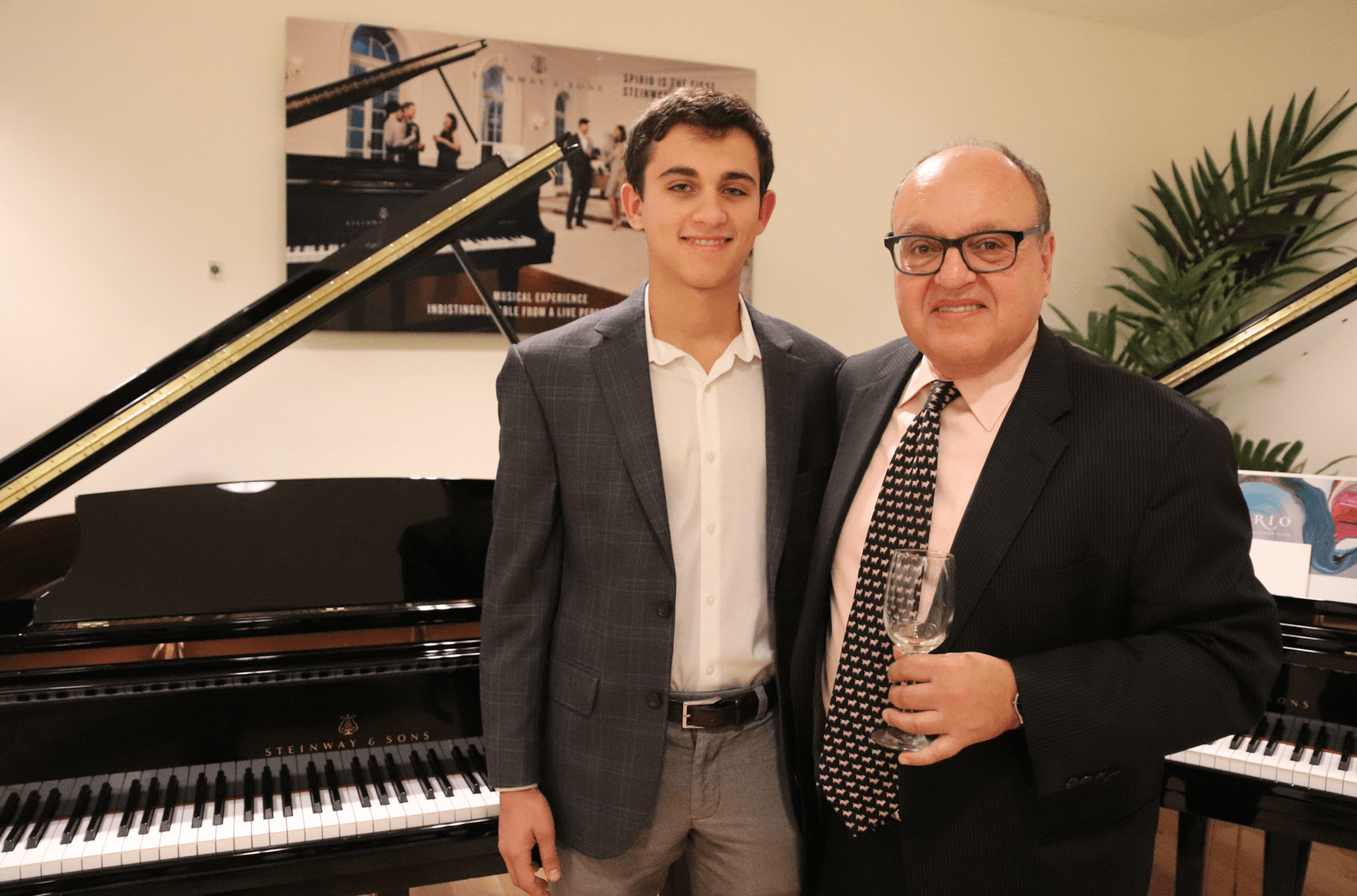 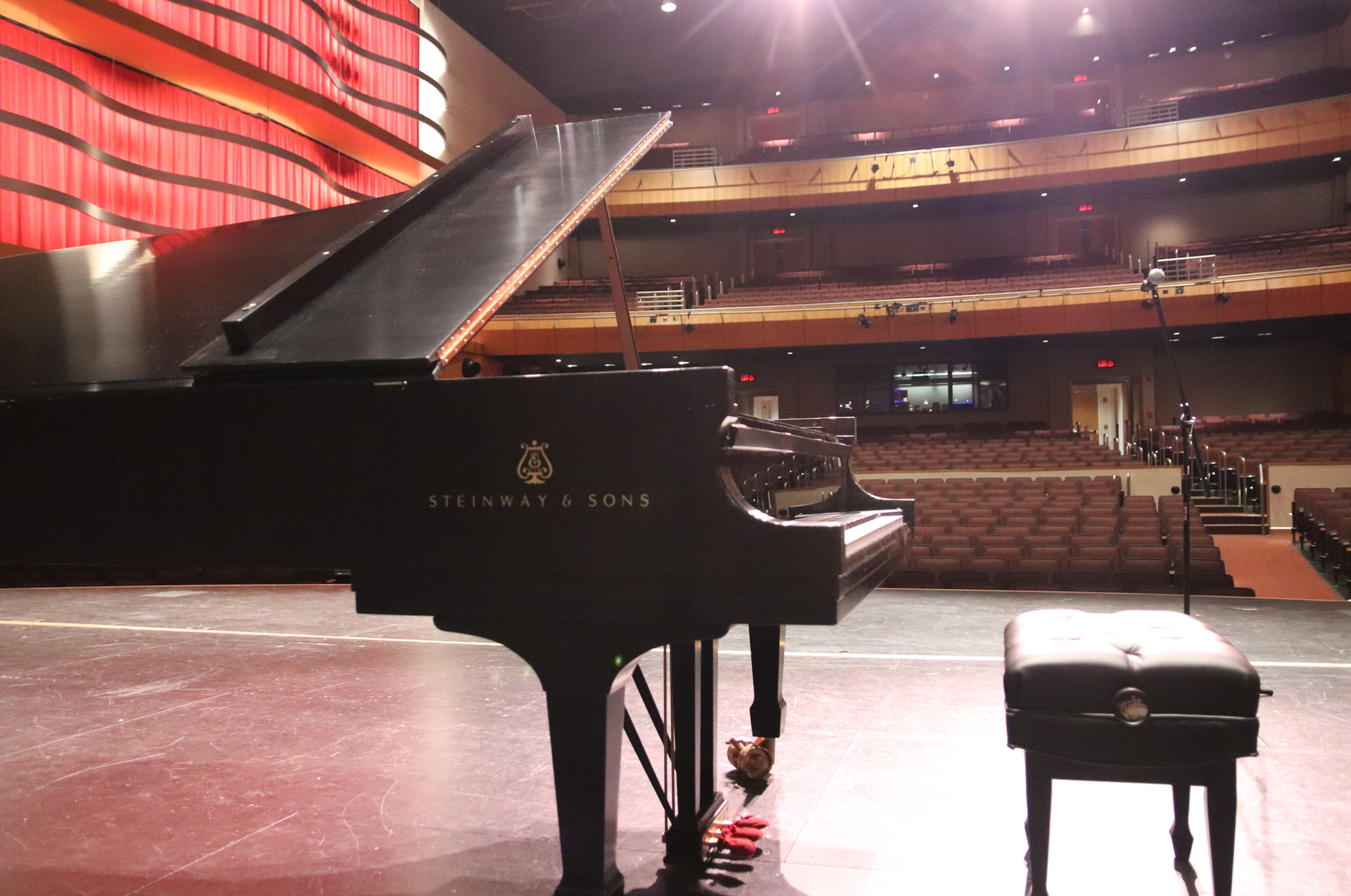 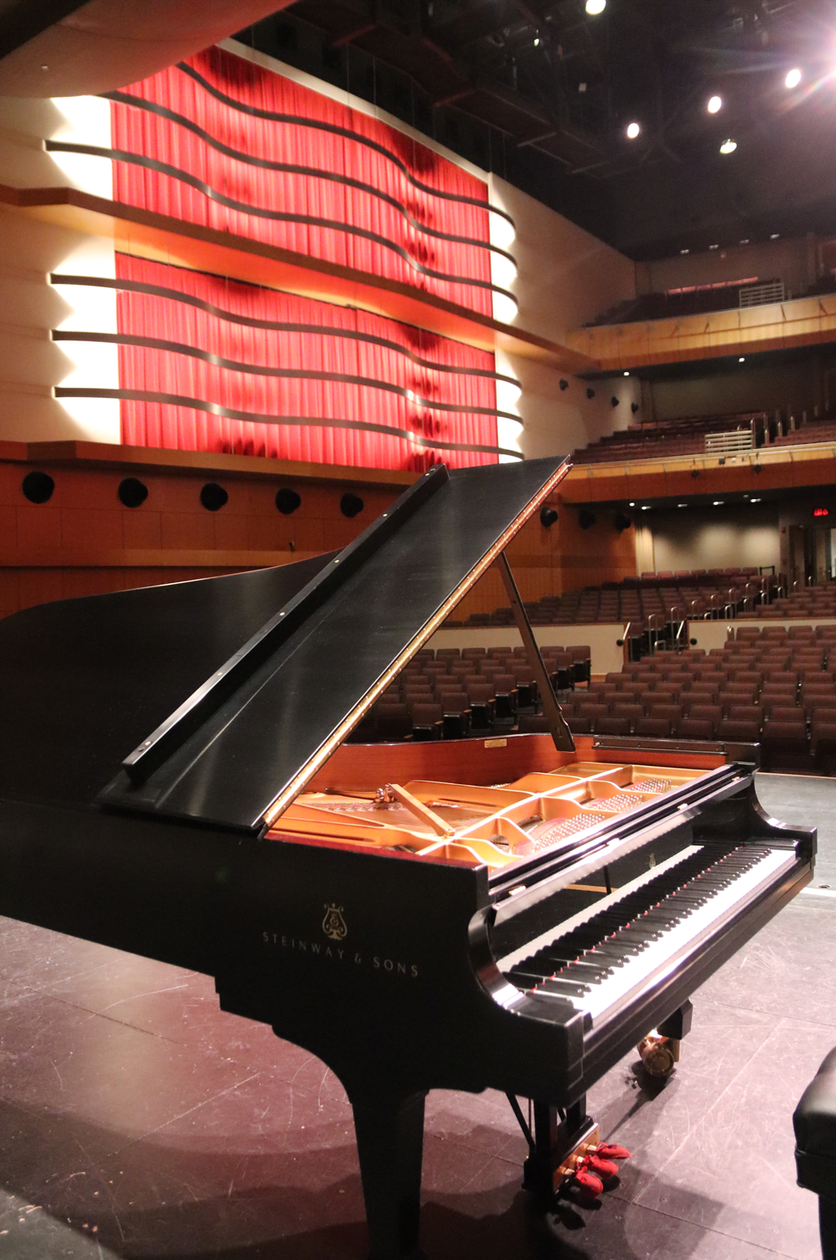