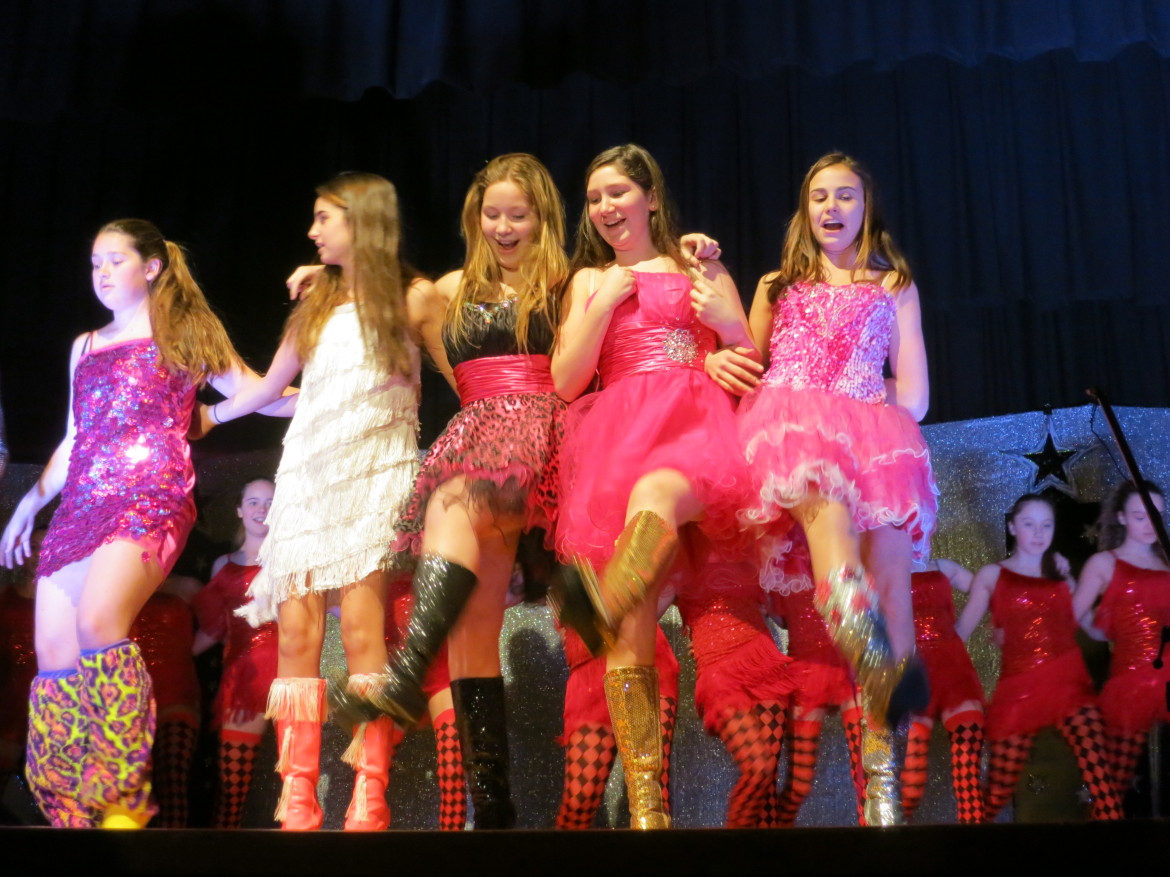 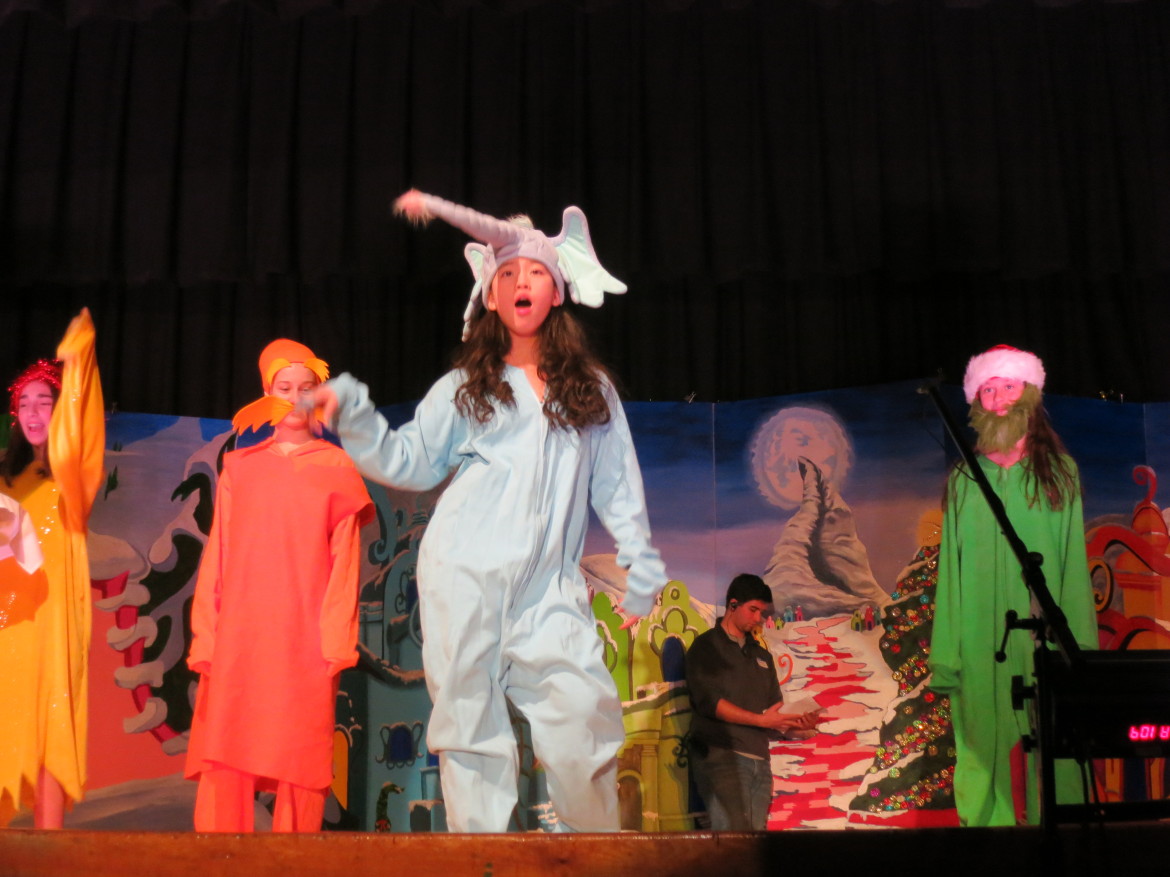 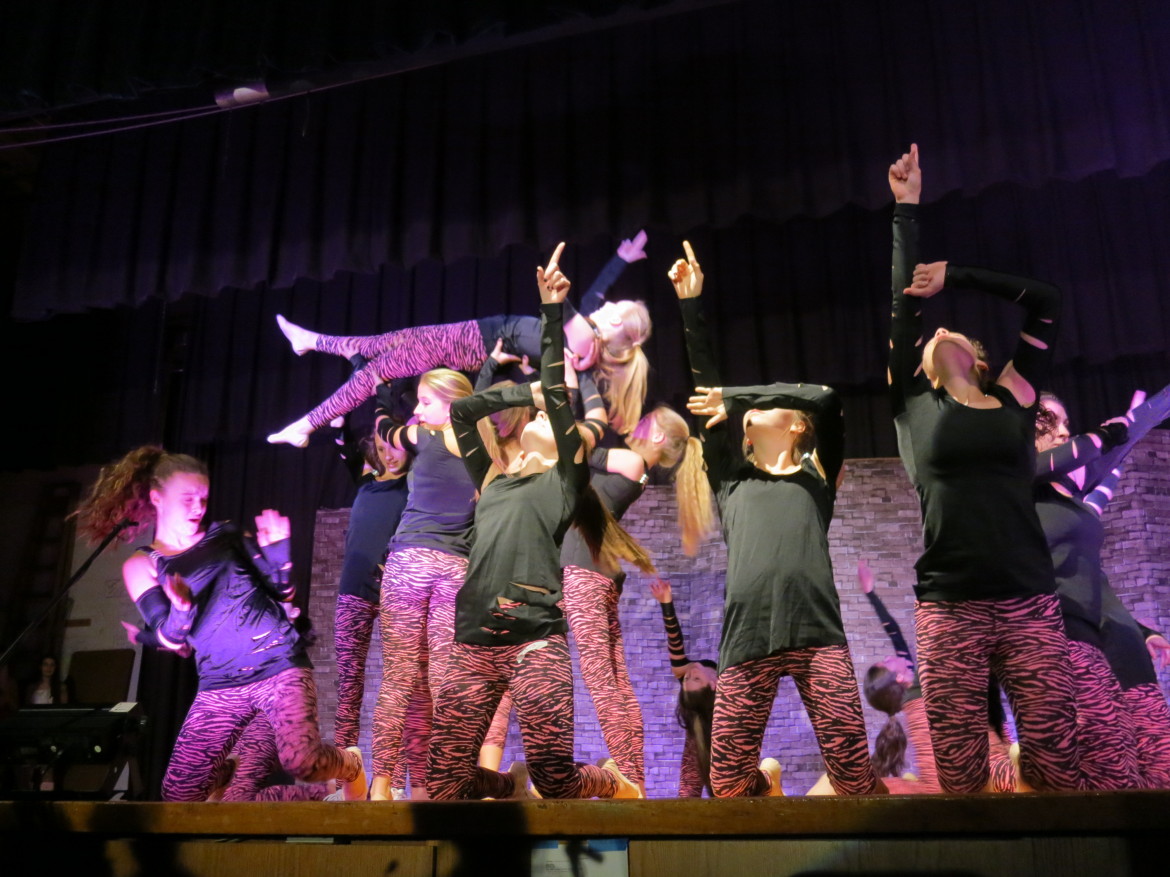 This year marks Anne Beaty’s 14th year producing and directing SuperShow at Central Middle School and the energy still burns. The winter tradition carried on with a sold-out house and four super heroes reprising their roles as scorekeepers.

Highlights of the show included the Top Tucker competition. Tucker McGarrity, along with his sidekick Emma, danced to Blurred Lines, and then faced off against the CMS 7th grade dancers who performed their own rendition of the chart topping song.

Romano Orlando and Michael Reilley held their own as dancers and actors, most notably in the medley that started with KC and The Sunshine Band, moved on to KISS’s I Want to Rock, and ended with Michael Jackson’s Beat It.

Not one to rest on her laurels, Mrs. Beaty is already at work on SuperShow 2015! See you on the George Sepe Memorial State next February!

An oldie but a goodie: