Original story: On Tuesday afternoon, Dom and Lu Delfino, owners of Joey B’s in Cos Cob hosted a fundraiser for the YNET Club at GHS. The club, which  promotes awareness of Teen Dating Abuse, has grown tremendously in recent years.

YNET, which includes boys and girls, strives to educate teens that there is no “type” of person who winds up in an abusive dating relationship. In fact, according to Lily McKenna and Grace Polistina, anyone can find themselves in an abusive relationship, no matter how smart or self-confident they are.

Polistina said that the club, which operates out of GHS but is under the auspices of the YWCA of Greenwich, hosted a “Bring your friends day” last week and a lot of boys came to the meeting. She said that the club publicized the meeting with flyers all around school in addition to morning announcements.

Polistina, who is one of five members of the executive committee, is passionate about the importance of her club.

“No matter how educated you are, you can still find yourself in an abusive relationship because the signs at the start are never apparent,” she said. “There is the honeymoon phase in a new relationship, followed by tension, and later by an explosion.”

McKenna said that that with an abusive relationship, it always starts off good. “You have an emotional attachment and then you love the person. Then the person apologizes and the victim thinks they can change the abuser, but they can’t.”

At Greenwich Police HQ and on Round Hill, Talk Turns to Domestic Violence 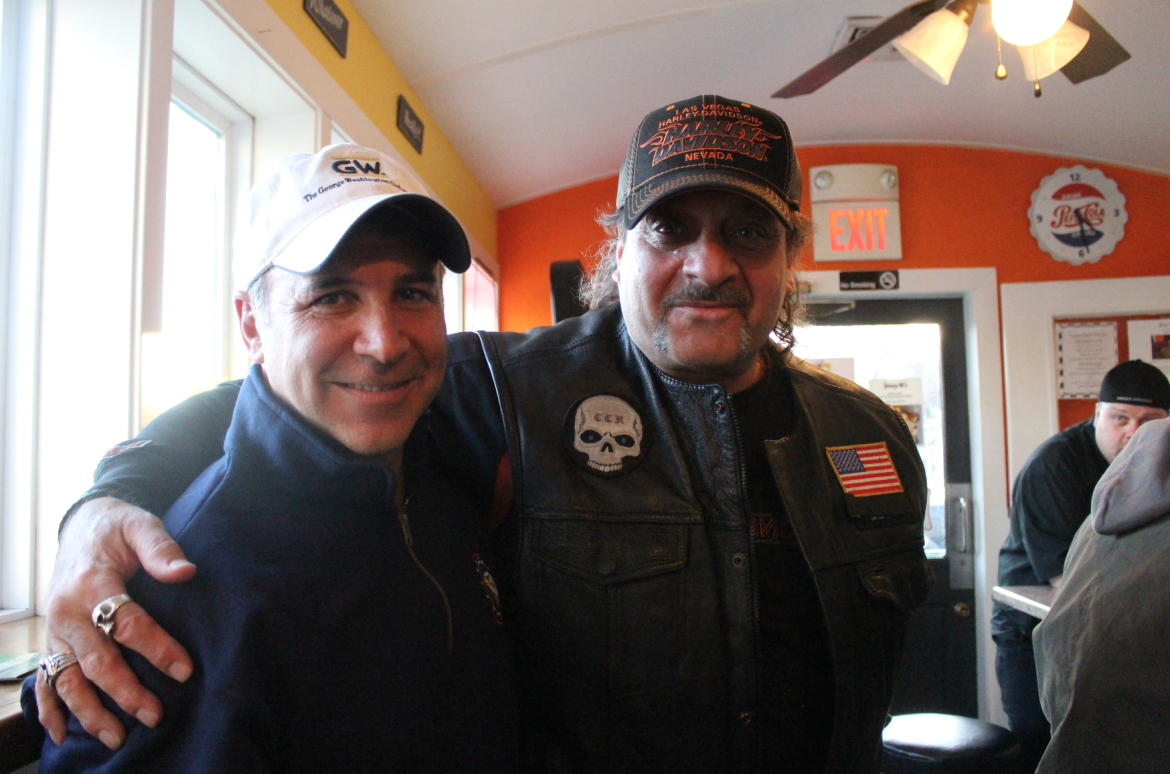 Fred Camillo and Paul Romanchuk, neighbors from way back on Orchard Street in Cos Cob, enjoying a party at Joey B’s on Tuesday. Feb 2, 2016 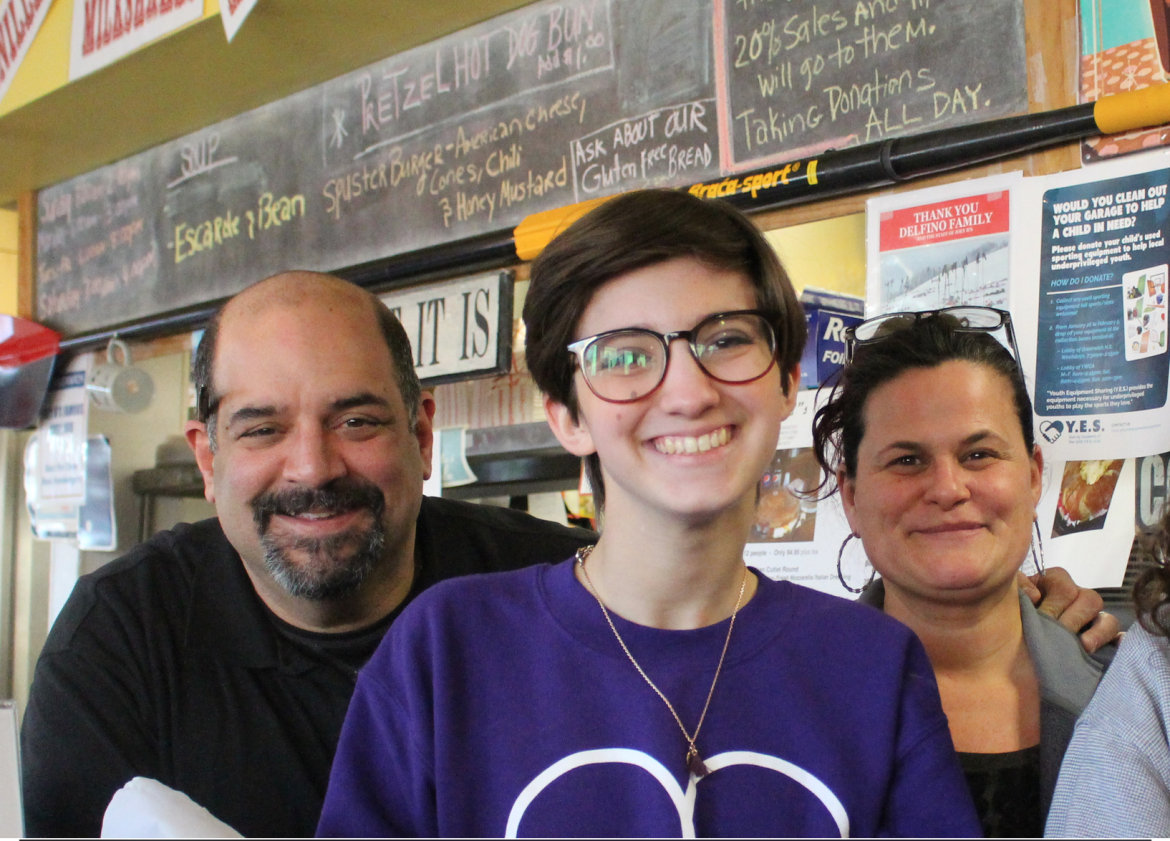 Dominick and Lu Delfino with YNET’s Olivia Luntz at the restaurant fundraiser for the club Feb. 2, 2106 Credit Leslie Yager 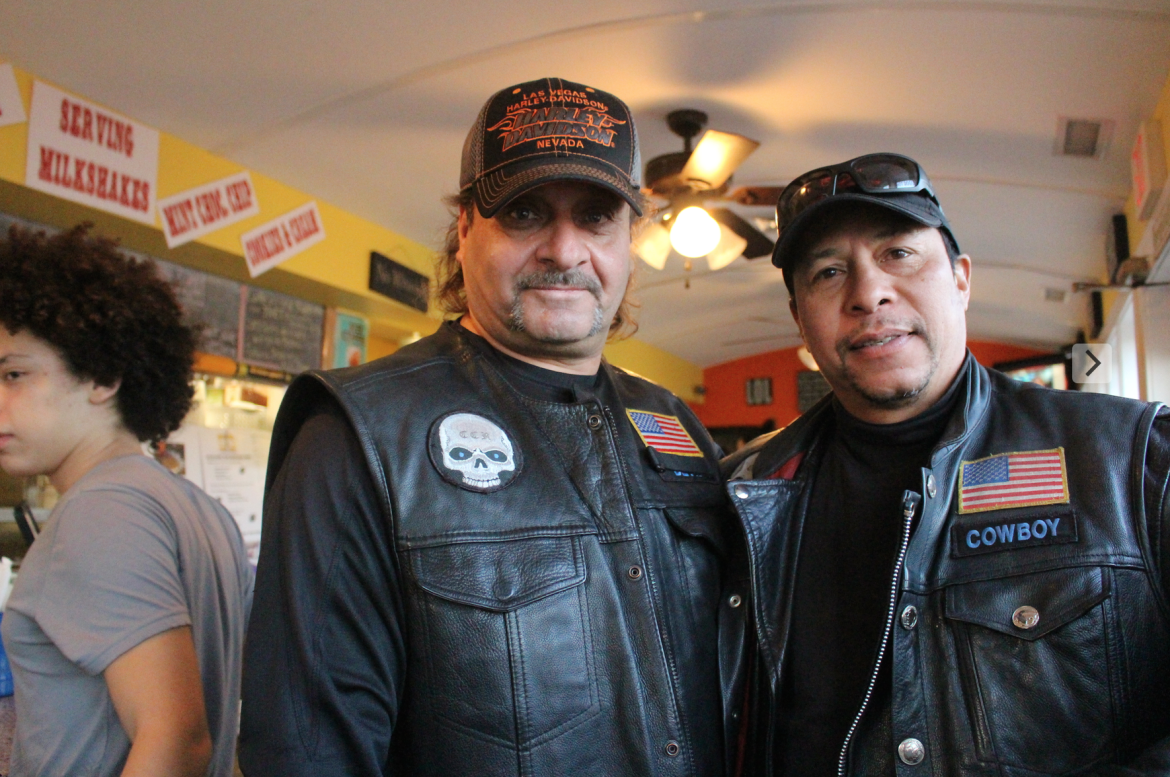 From the Cos Cob Riders, Paul Romanchuk and Gary Lee Chee participated in the fundraiser for YNET at Joey B’s. Credit: Leslie Yager 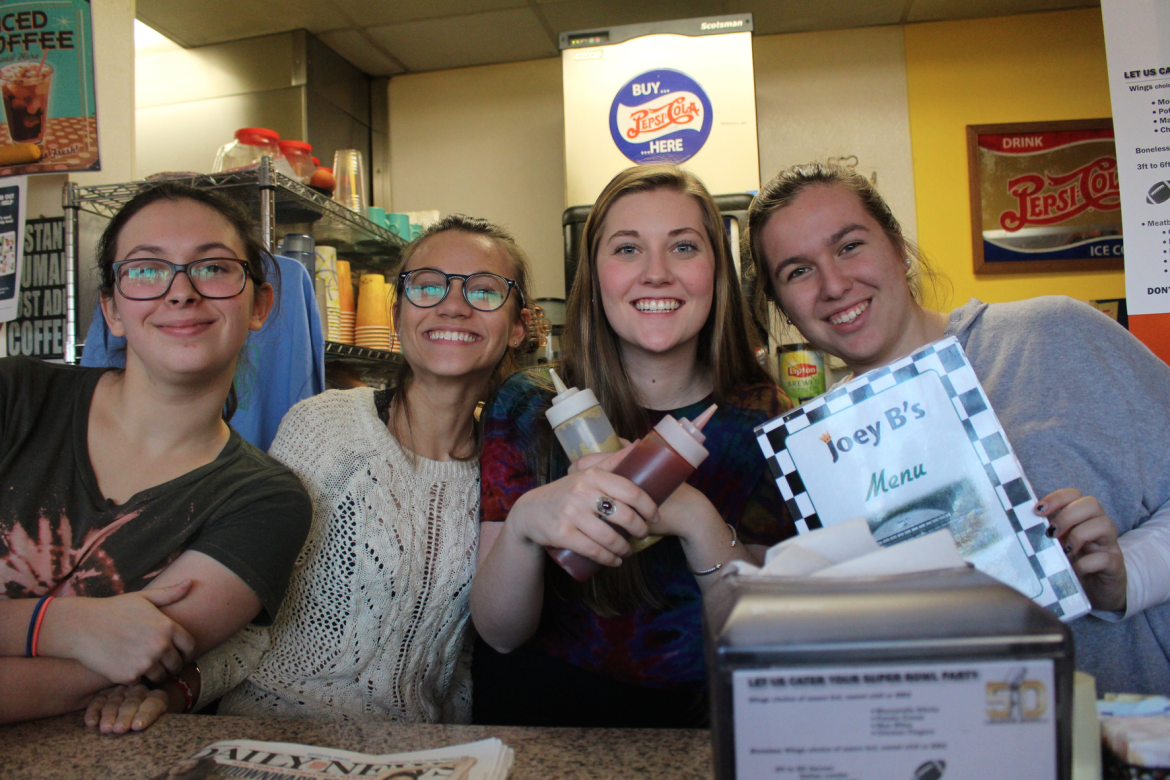 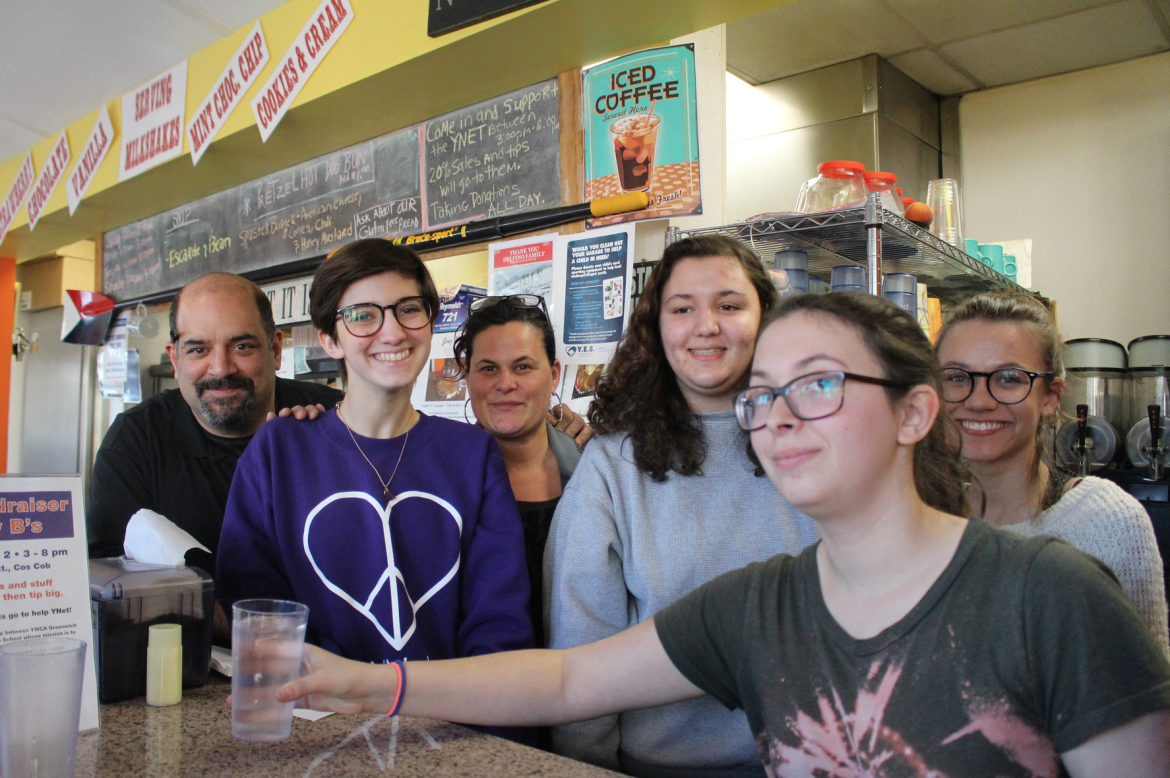