A screening of the movie Most Likely to Succeed at the performing arts center at Greenwich High School was the perfect way to introduce the Innovation Lab exhibit at Bruce Museum on Tuesday night. 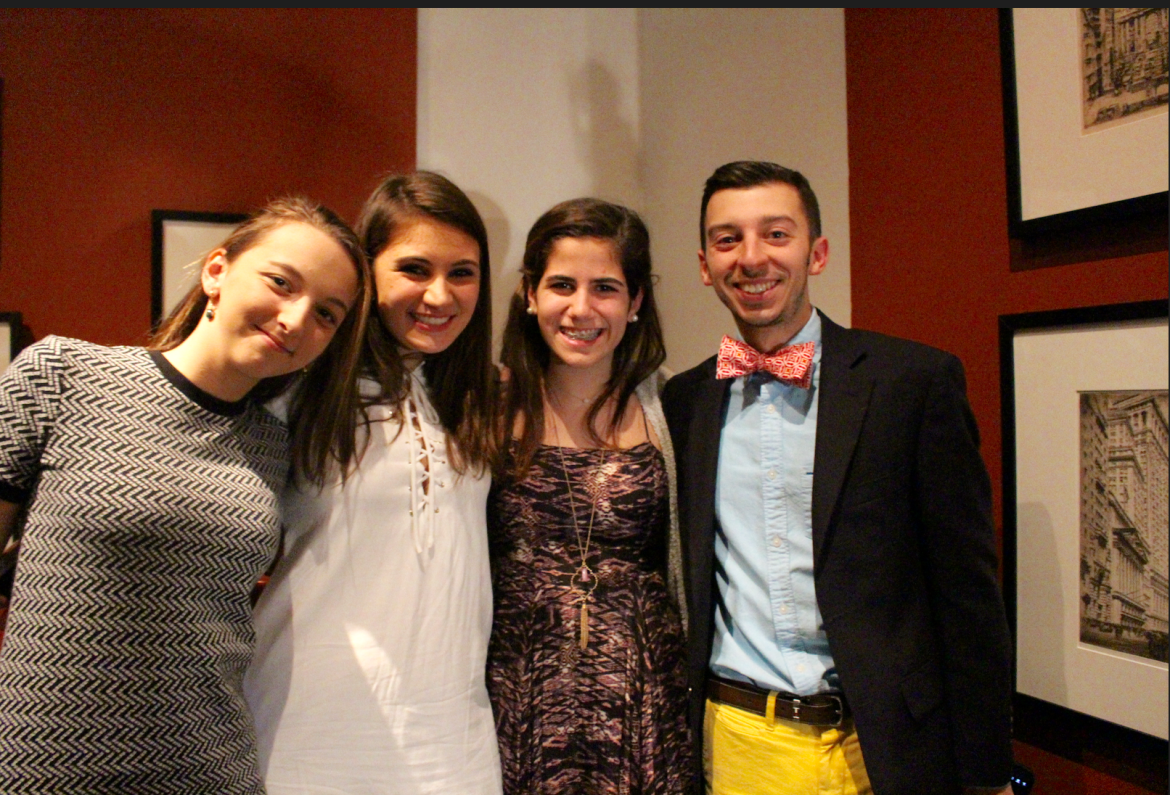 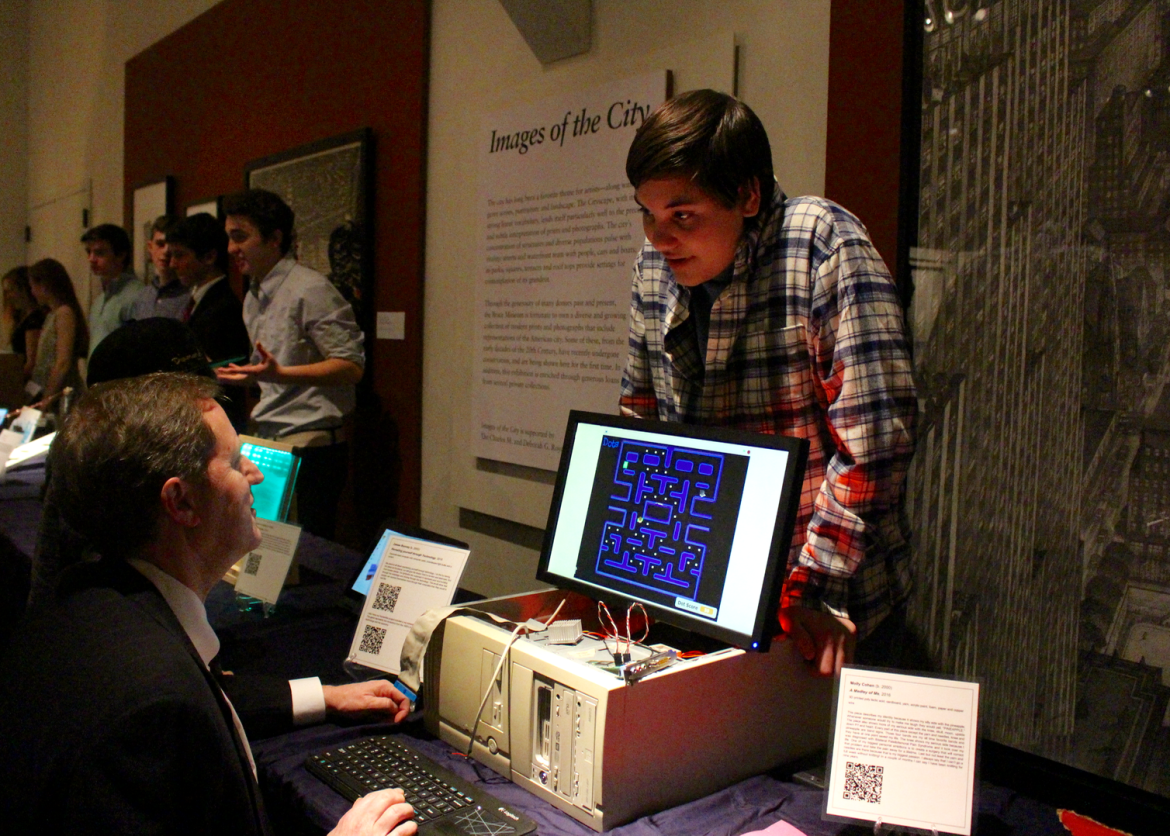 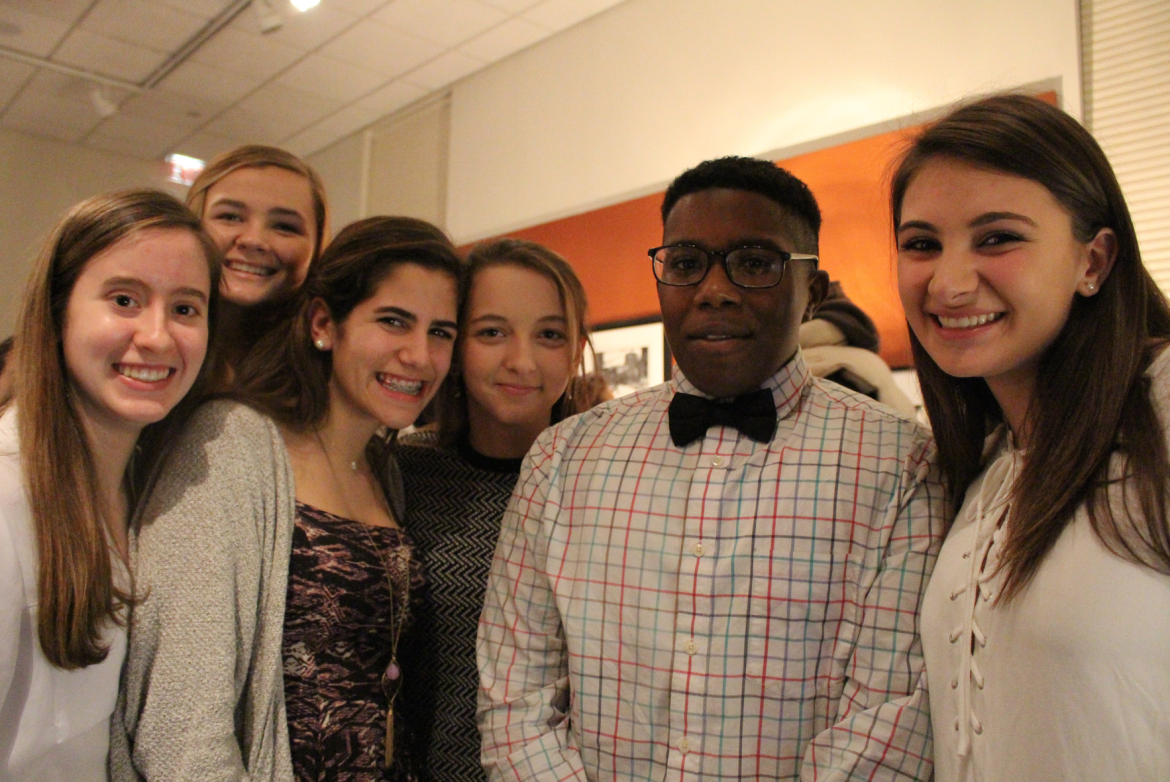 A screening of the movie Most Likely to Succeed at the performing arts center at Greenwich High School was the perfect way to introduce the Innovation Lab exhibit at Bruce Museum on Tuesday night.

About 500 people turned out for the documentary in the GHS performing arts center to see what high school might look like re-imagined.

The documentary’s premise is that the American educational system is broken as its model – training obedient workers for the industrial era – is outmoded, that jobs that once guaranteed a middle class lifestyle have vanished and  jobs of today are increasingly being replaced by automated solutions. The corollary to that grim truth is that the jobs of tomorrow don’t yet exist, but will require the types of skills of students educated through project based learning.

The film, which spanned a full year, focused on High Tech High, a network of schools in California that moves away from the traditional education model where math, science, English are all taught separately in hour-long class blocks and tests measure what students memorize. Students learn soft skills in the process. Over the course of the film, students discover their leadership potential, work collaboratively to innovate and solve problems. 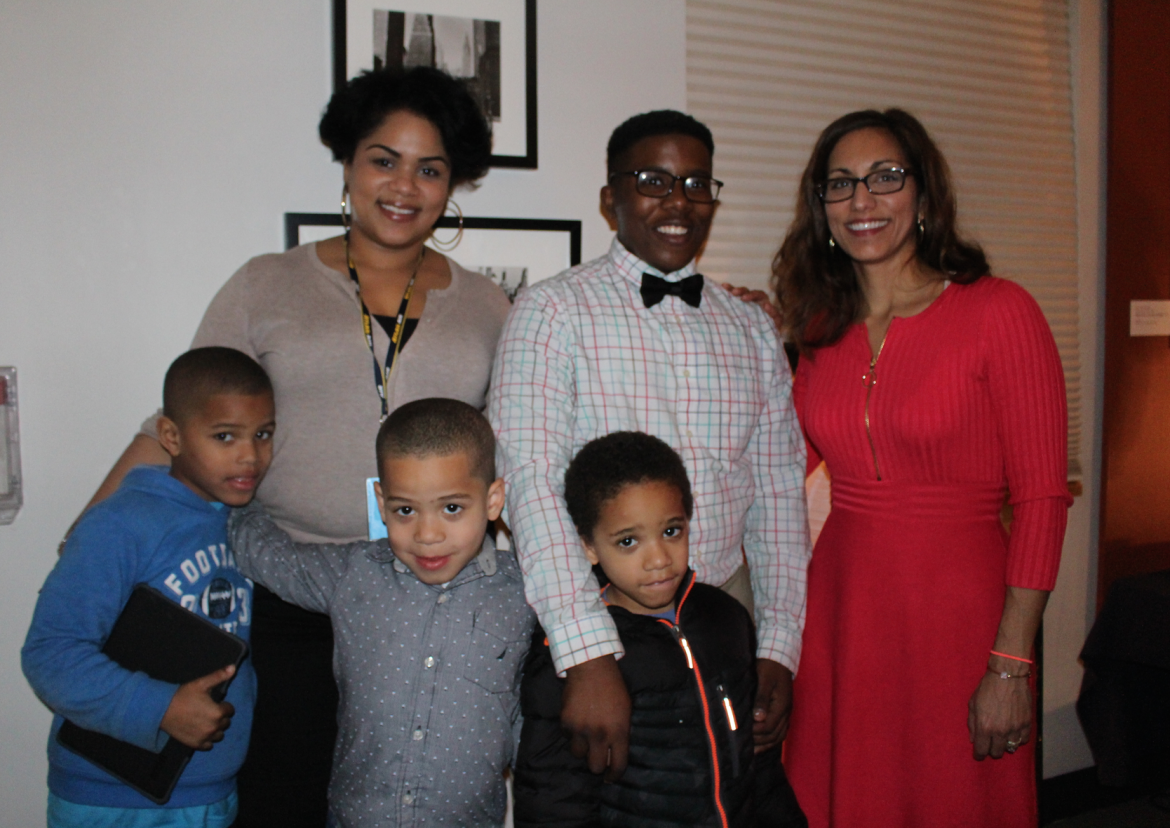 In one of the opening scenes in the documentary, students are asked on the first day of class to rearrange tables and chairs the furniture for Socratic seminar, following a simple diagram on the board. For many long minutes, the students mill about helplessly. The teacher does not intervene. Eventually the students talk to each other and rearrange the furniture foreshadowing both the film’s and the school’s premise that students aren’t in class just to listen and take notes.

At Bruce Museum on Tuesday night the Innovation Lab students greeted family and curious guests, and were on the spot, explaining their projects face-to-face, much like the High Tech High students did in the film. 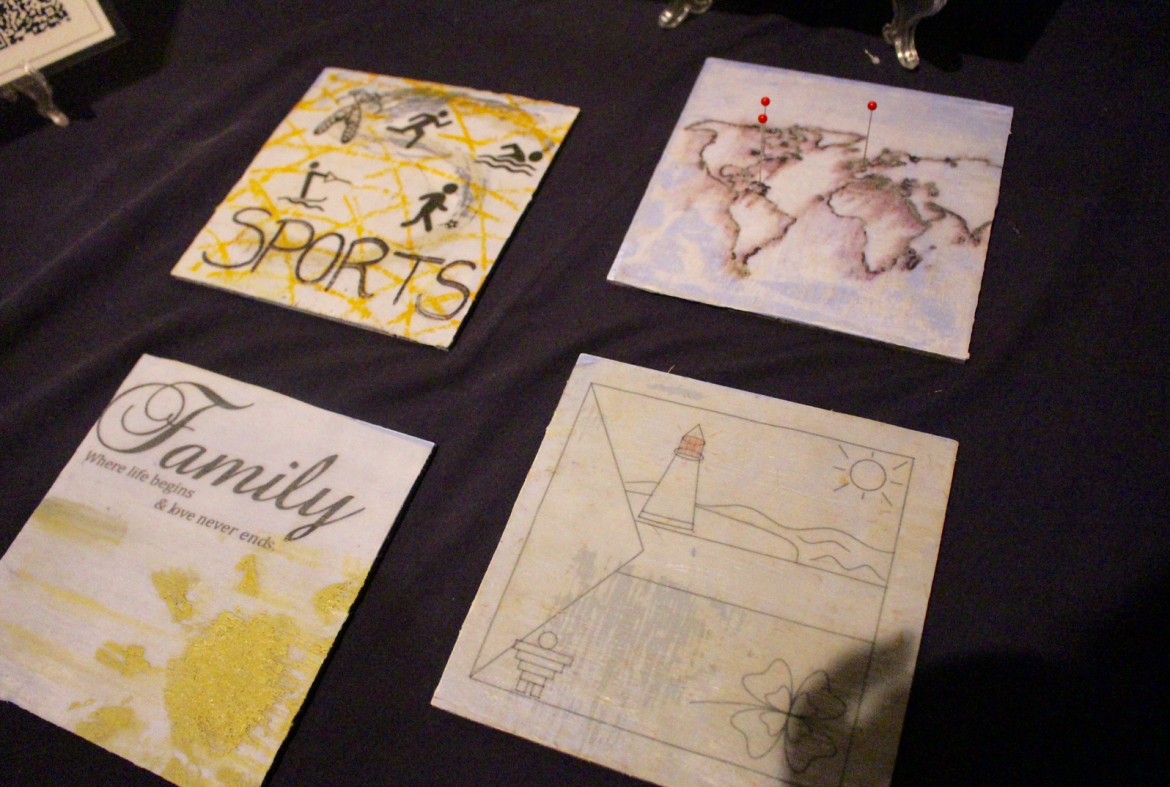 At her display, “It’s a Small World,” Siobhan Nixon explained that she was motivated to weave in both family and sports, the most valued factors in her life. Her project utilized coloured wax, rice paper, beeswax and wax encaustic boards. 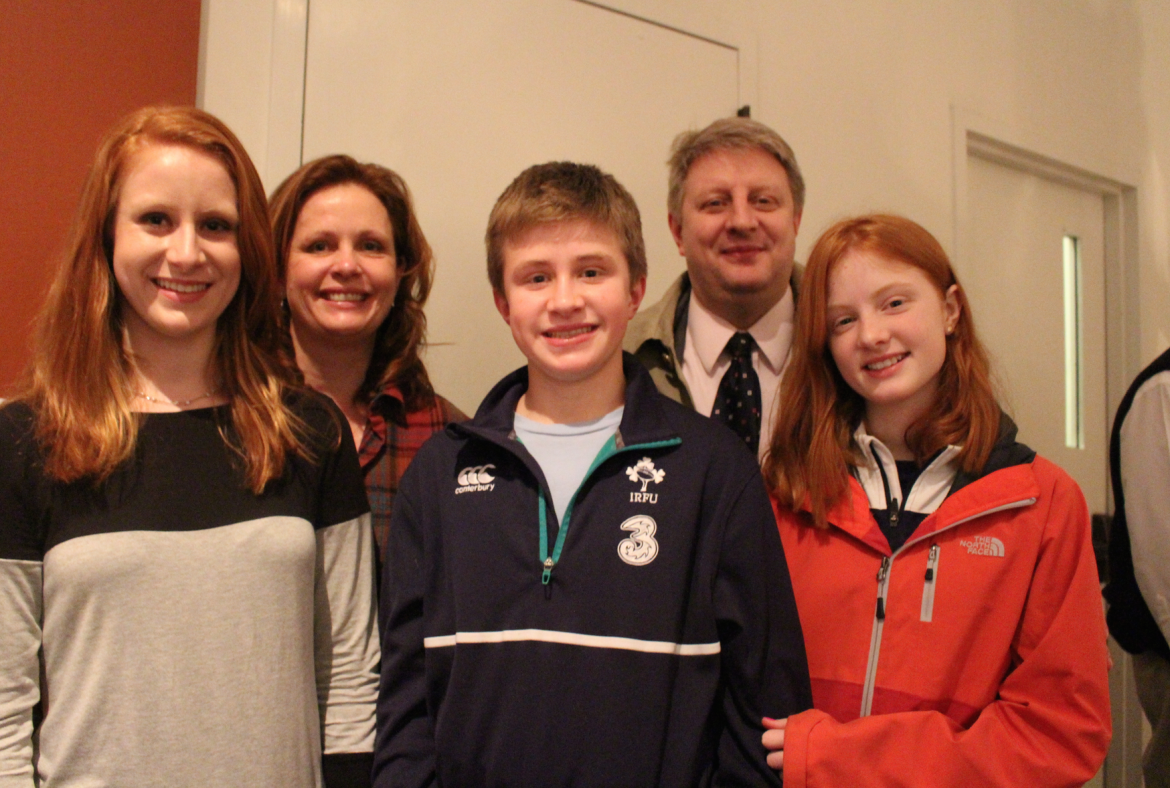 At High Tech High, students embrace project based learning and have a chance to get creative and develop their independent problem-solving ability through a multidisciplinary curriculum. The documentary follows students as work toward the ultimate goal of presenting their work in “exhibition” to the community at large. At the end of the film the audience shares the students’ goosebumps as hundreds of members of the community arrive for “exhibition” and evaluate with critical eyes.

On Tuesday night, Bruce Museum was the setting for a similar exhibition of student work, in this case the projects created by Innovation Lab students at Greenwich High School.

The projects were the culmination of three months worth of work. Students dressed formally for the dynamic event, where they explained their projects face-to-face with the public.

In the months leading up to the exhibition, students and staff at Innovation Lab experienced the pressure inherent in a hard and fast project deadline. The one-night exhibition featured the student Humanities projects and STEM self-portraits. 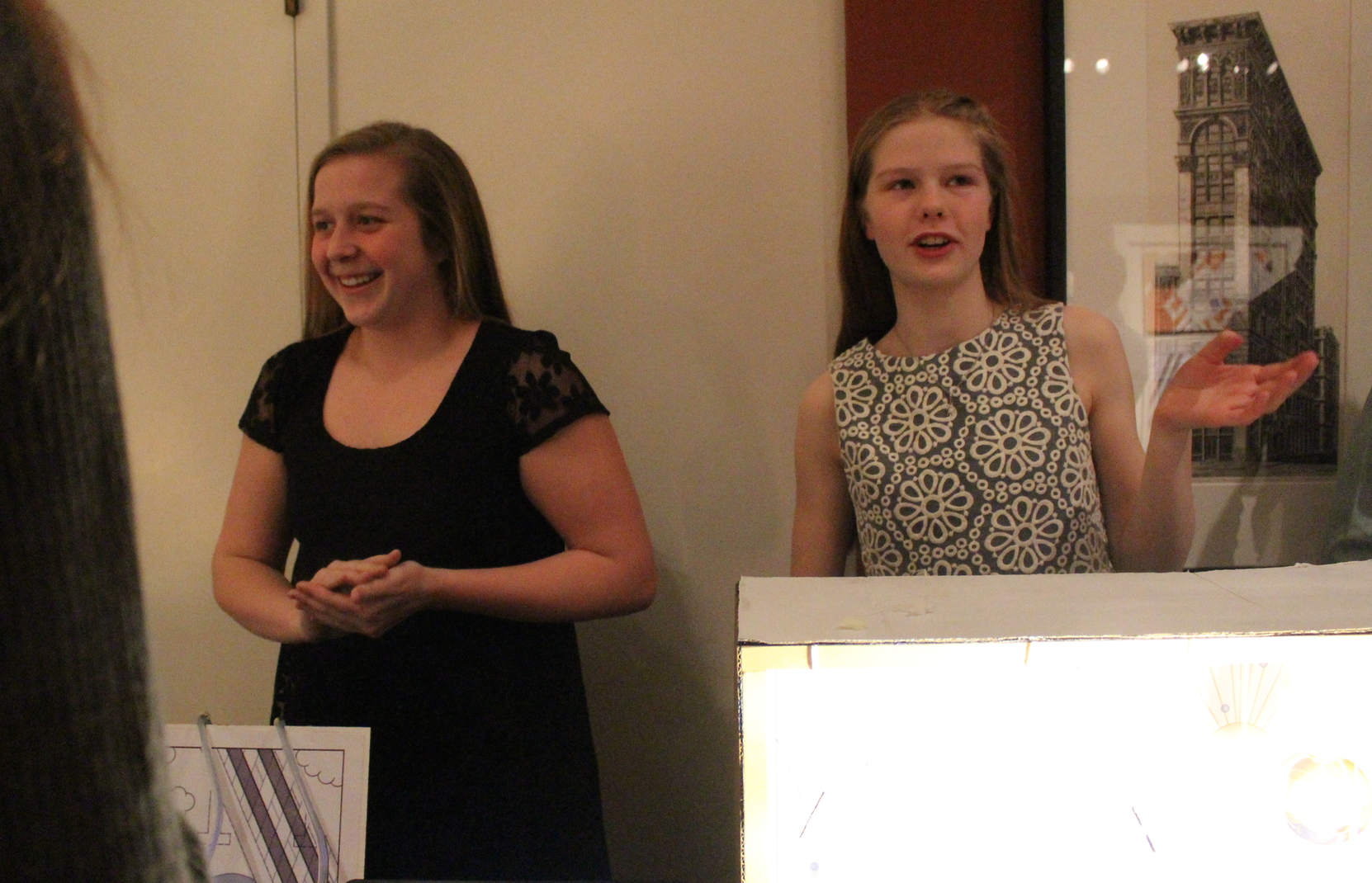 In his Innovation Lab blog post, Brian Walach referred to the difference between good and bad types of stress experienced by students. In the end, he concludes, “After the exhibition on Tuesday, students won’t walk out whispering whether they answered A for #2. They will celebrate an exhausted sigh of relief that only comes after a great, but good, pressure is lifted.”

In its first year at GHS, Innovation Lab is currently running with sophomores, with an eye to expanding to an additional grade in 2016-17.

Research and development of Innovation lab is supported by a generous grant from the Greenwich Alliance for Education. The grant money allowed for the GHS Innovation Team of five teachers to receive 0.5 release from teaching duties during the 2014-2015 school year. The 2014-2015 school year release time allowed the team to work together within Greenwich High School to research, design, and prepare to implement the Innovation Lab at GHS in the 2015-2016 school year, with the formal assistance and support of Stephanie Rogen and her consulting team at Greenwich Leadership Partners. 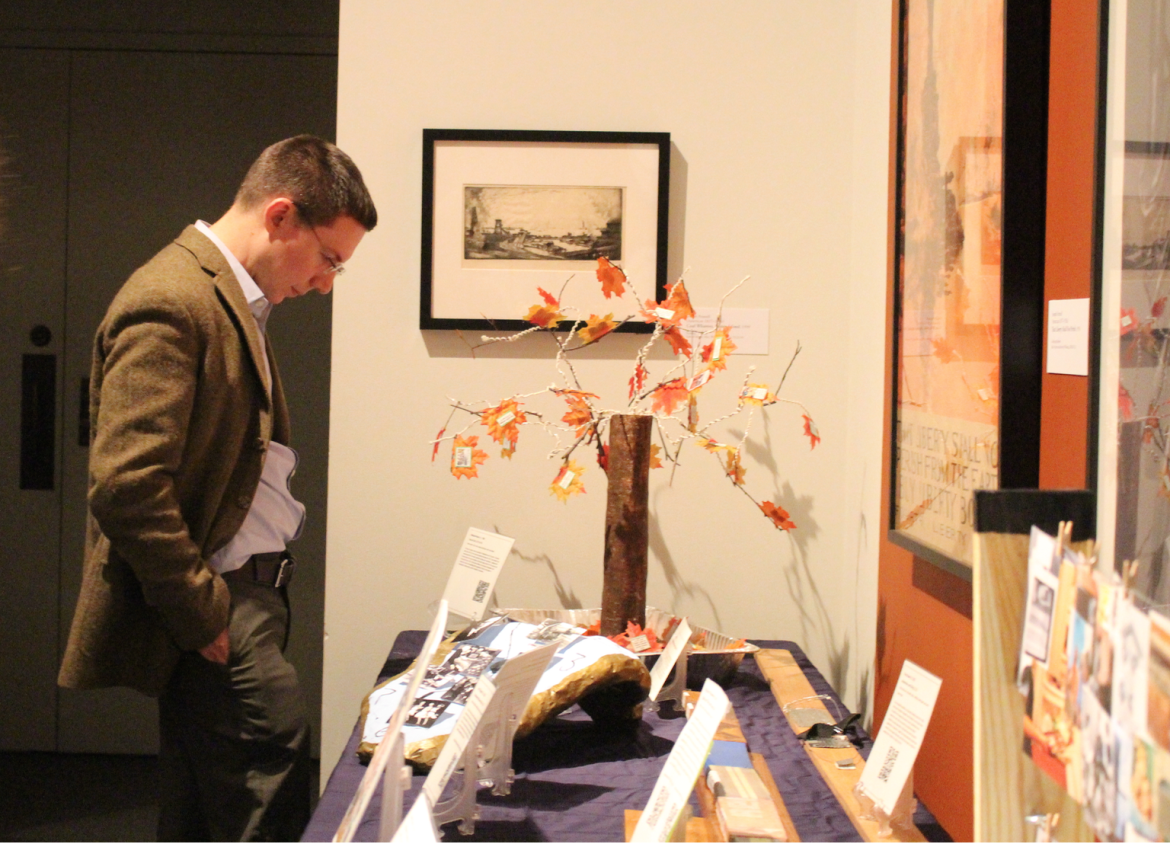 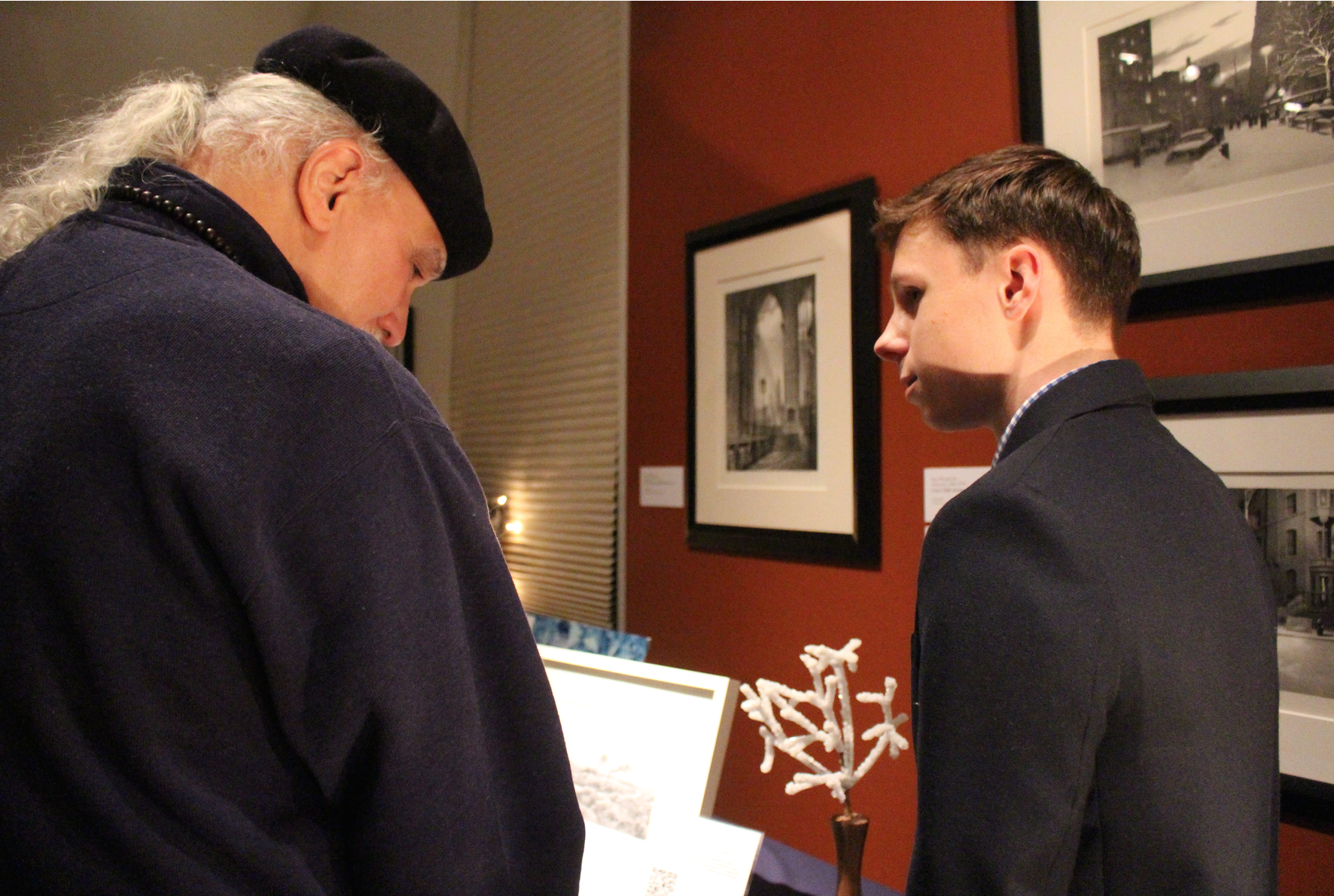 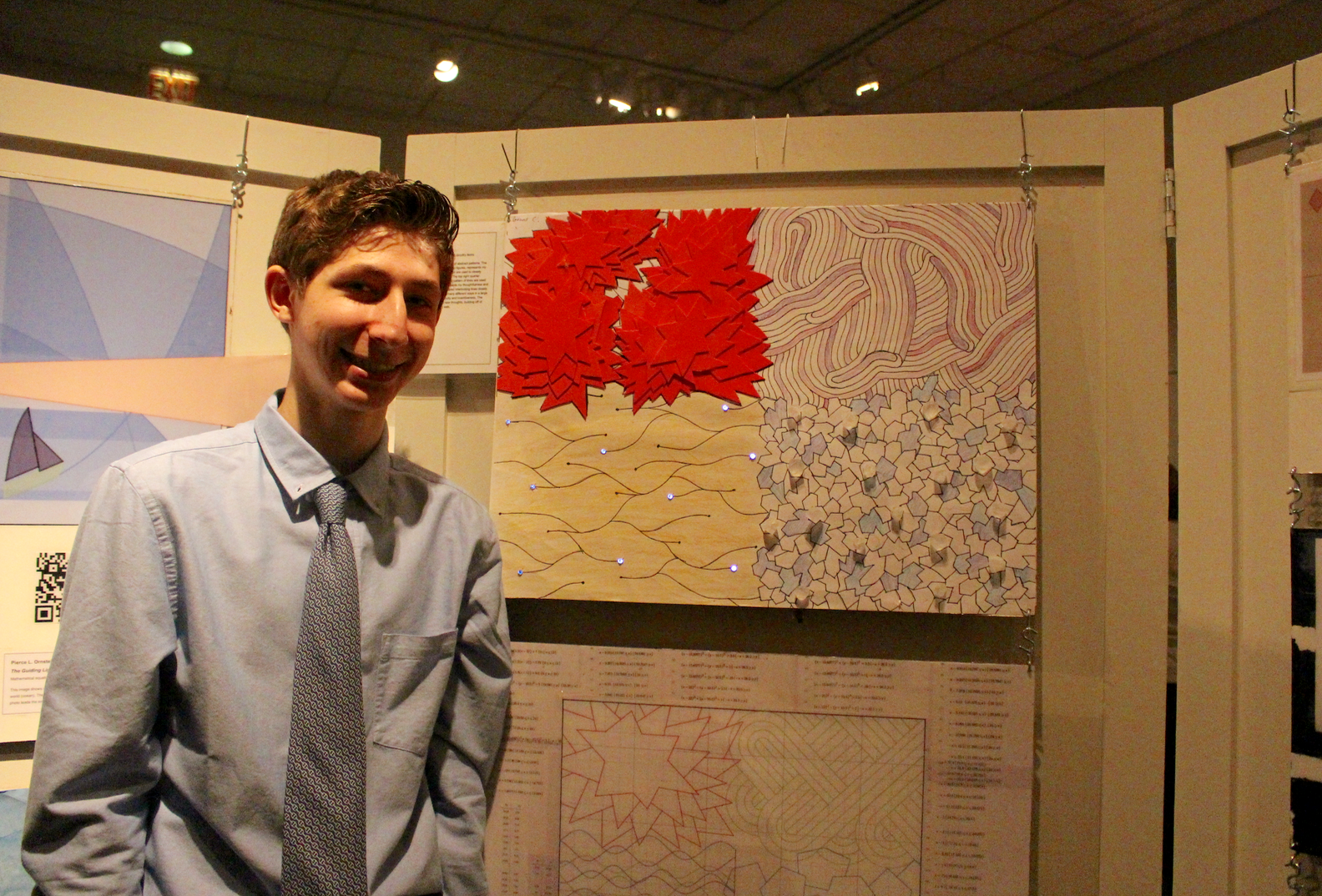 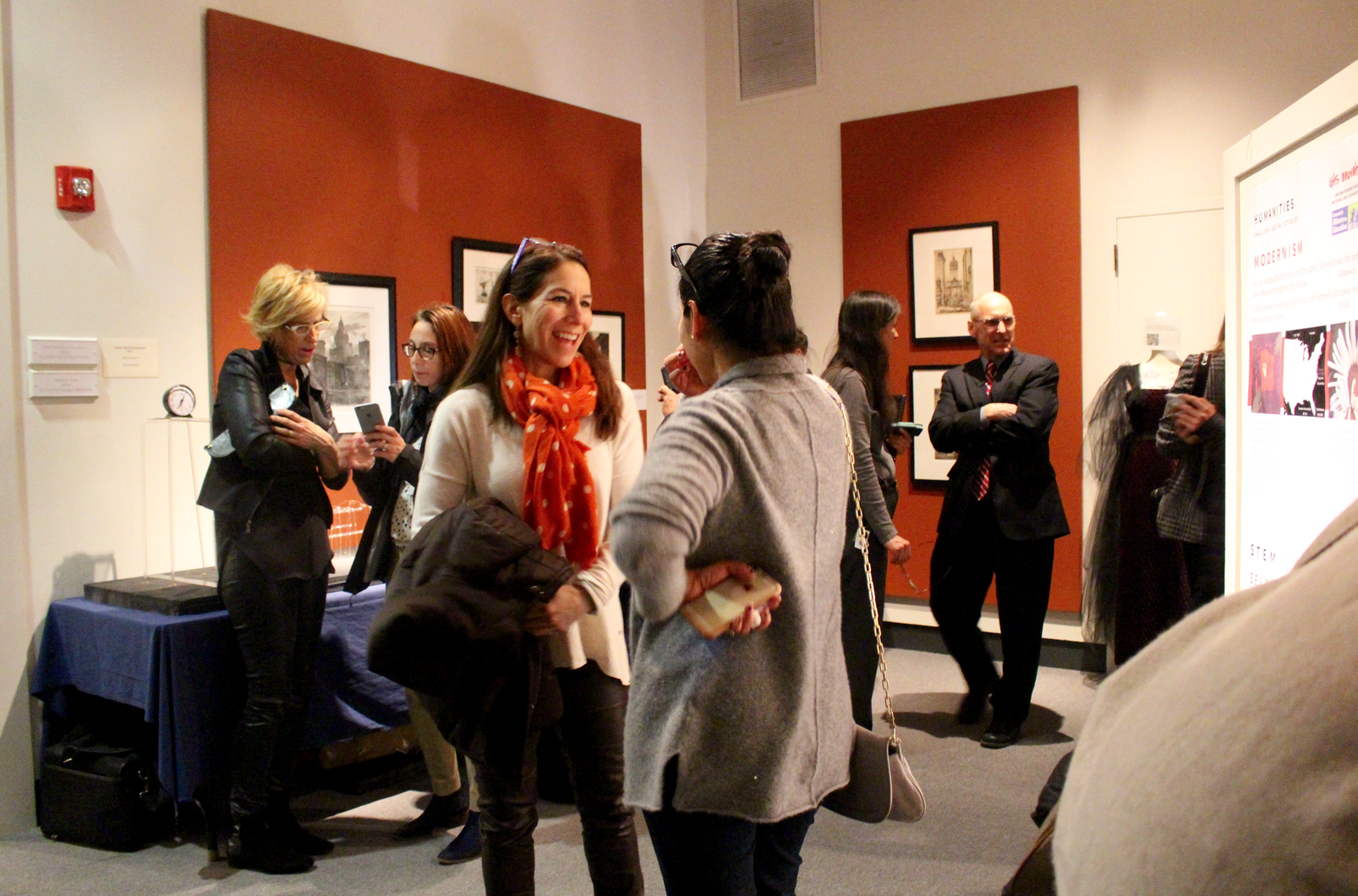 The Bruce Museum was a popular destination on Feb. 2, as Innovation Lab students presented their projects face-to-face. Credit: Leslie Yager 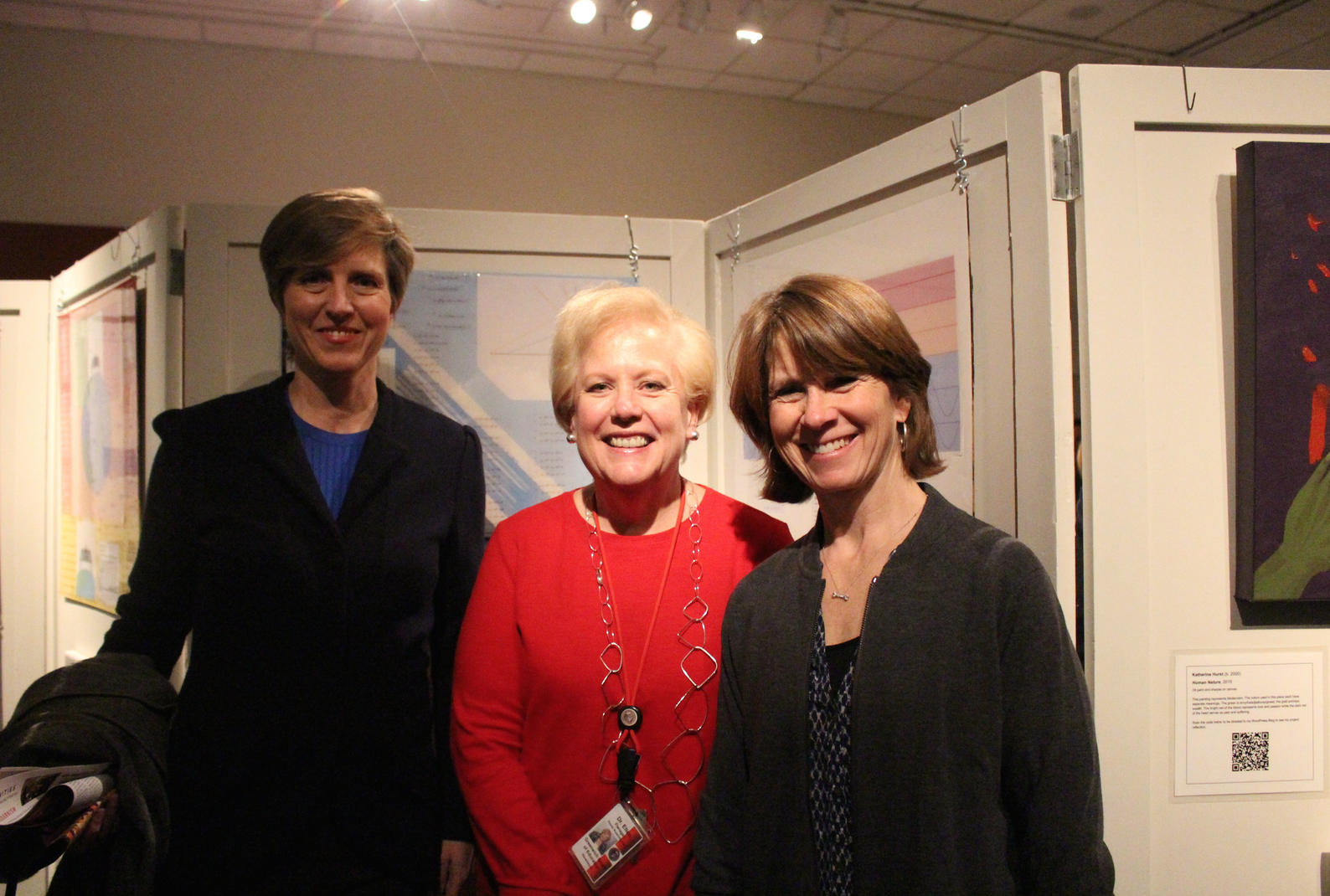 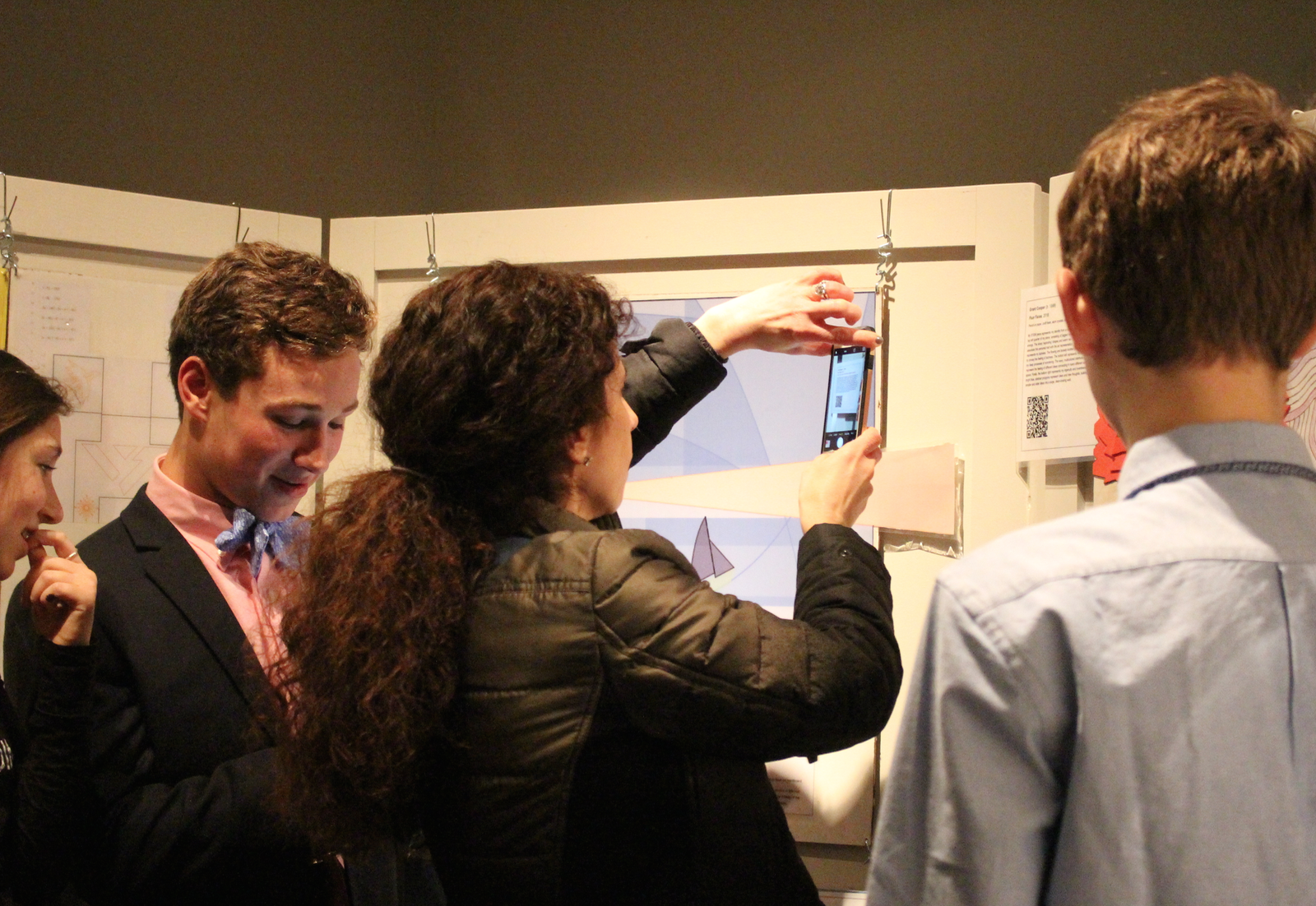 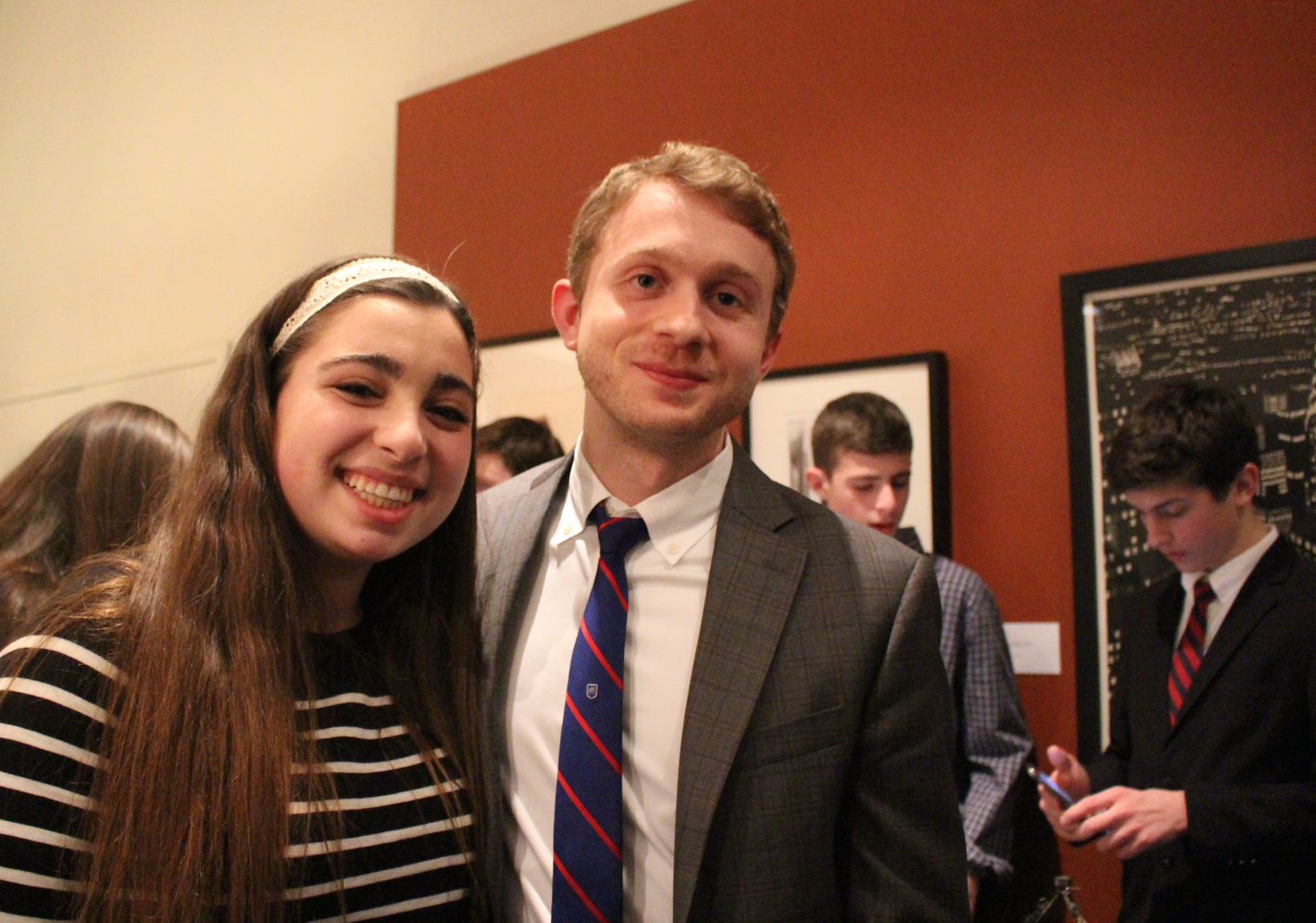 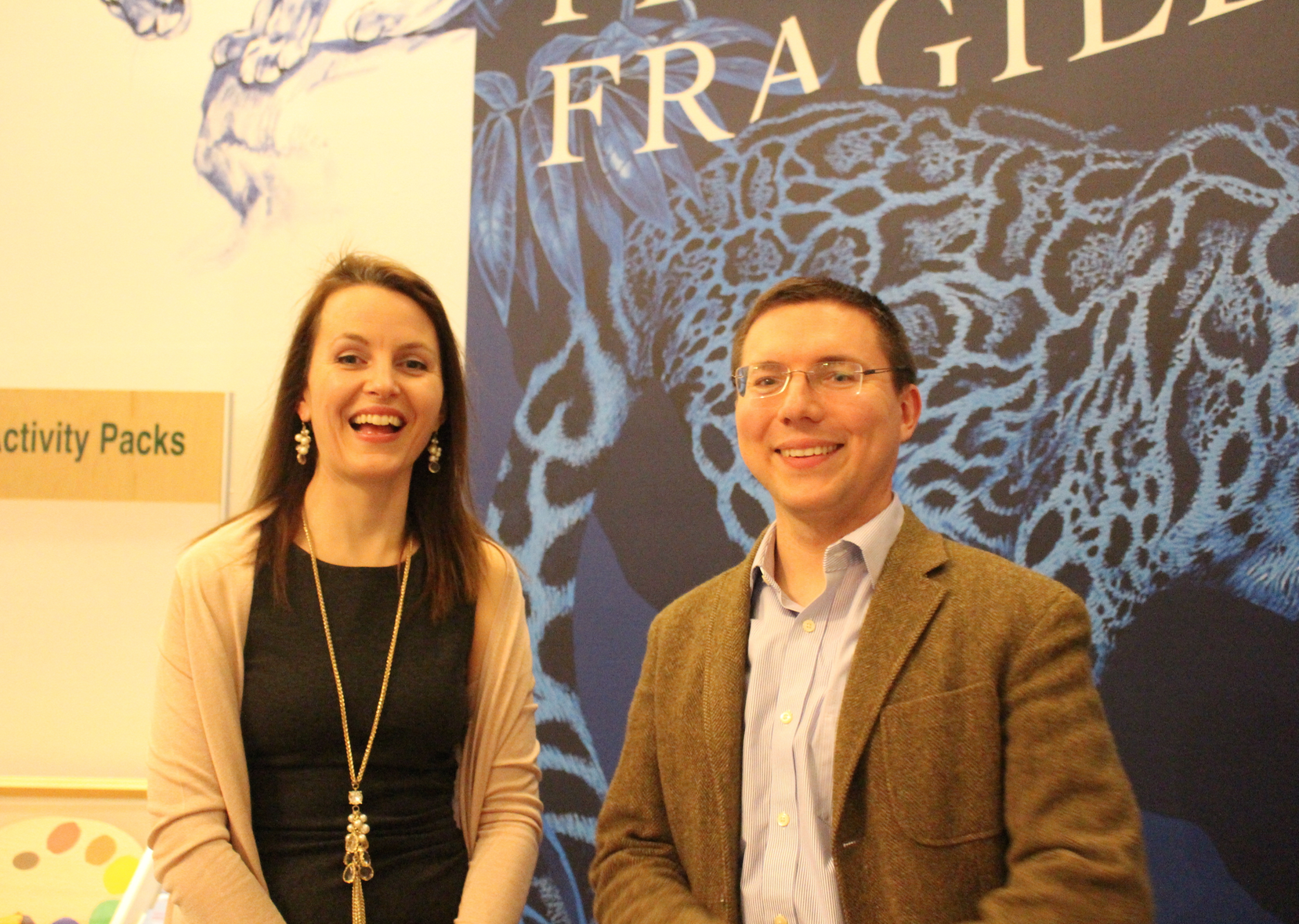 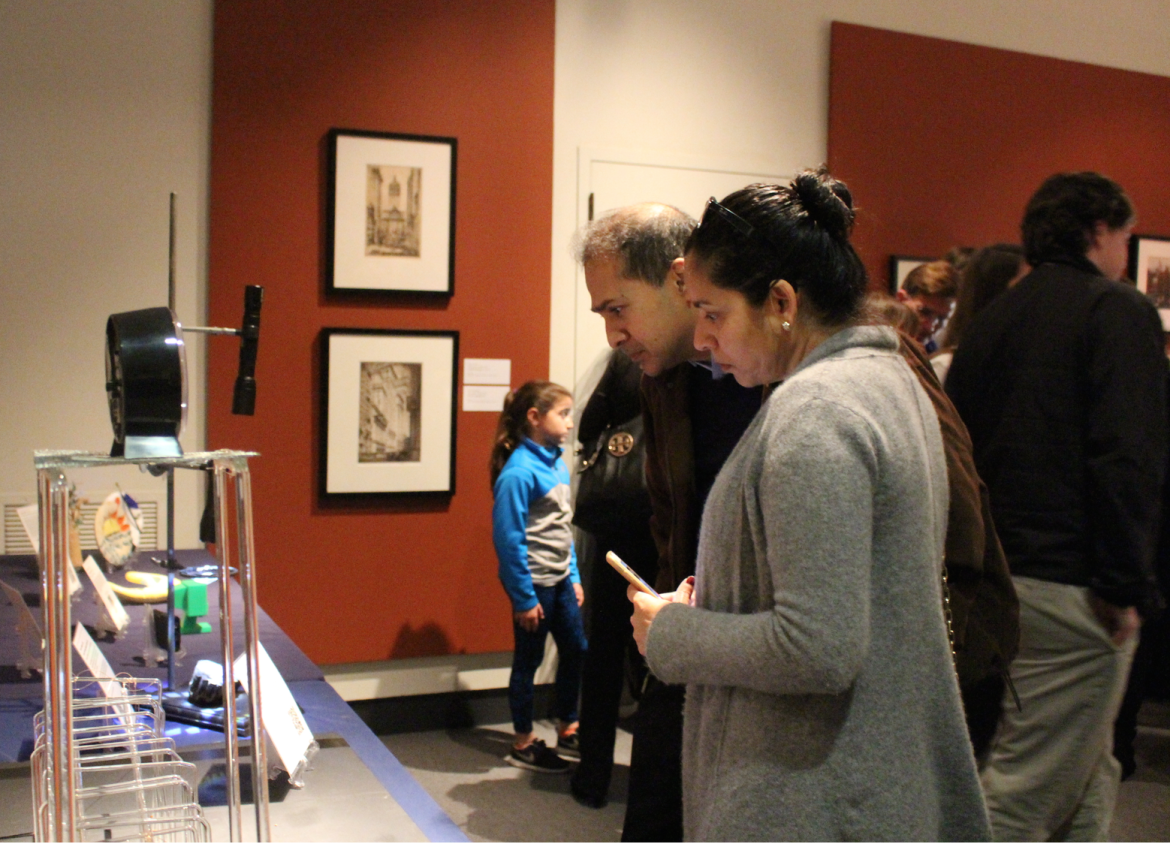