At the April Parks & Rec board meeting, Joe Siciliano said that, because of an issue with getting the list of taxable vehicles in Greenwich from Department of Motor Vehicles, seasonal beach stickers have been delayed. However, he said, last year’s stickers will remain valid until Memorial Day.

Jeff Freitag, Superintendent of Marine Facilities and Operations, said two seasonal dock masters have been hired in addition to a lifeguard supervisor. The town continues to hire summer life guards. He reported there are 27 applications received so far, and interviews are under way. Around 35-40 lifeguards are needed each summer. The hourly wage is $10.50.

At Island Beach the concrete sidewalks have all been replaced during the off season. Also, according to Mr. Freitag, the men’s bathroom has been redone, following the previous year’s re-do of the ladies room. 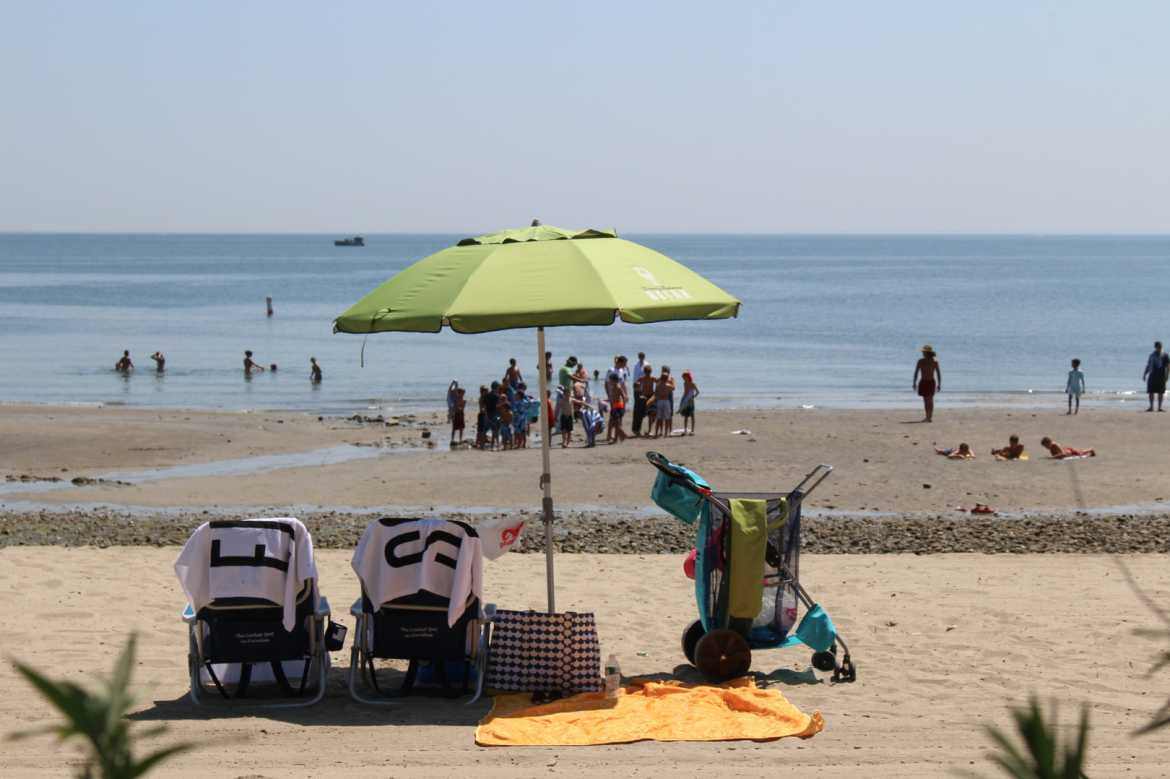 “Both of them will have had total makeovers by the start of the season,” he said.

They replaced the middle section of the Great Captain’s Island pier in the off season.

Also, at Tod’s Point, Freitag said he is exploring with DEEP what might be allowable to address the parking lot runoff and tidal flow road erosion by the the kayak storage area.

He said concept drawings are in the works for repair of the causeway, including guardrails, by Eagle Pond. Recently there was an incident in which a young mother’s baby stroller with a baby and a toddler rolled off the causeway and into the water. But even before, the causeway had been vulnerable to extreme weather. “We want to show people what we’re looking to do first, to get people on board,” Freitag said. 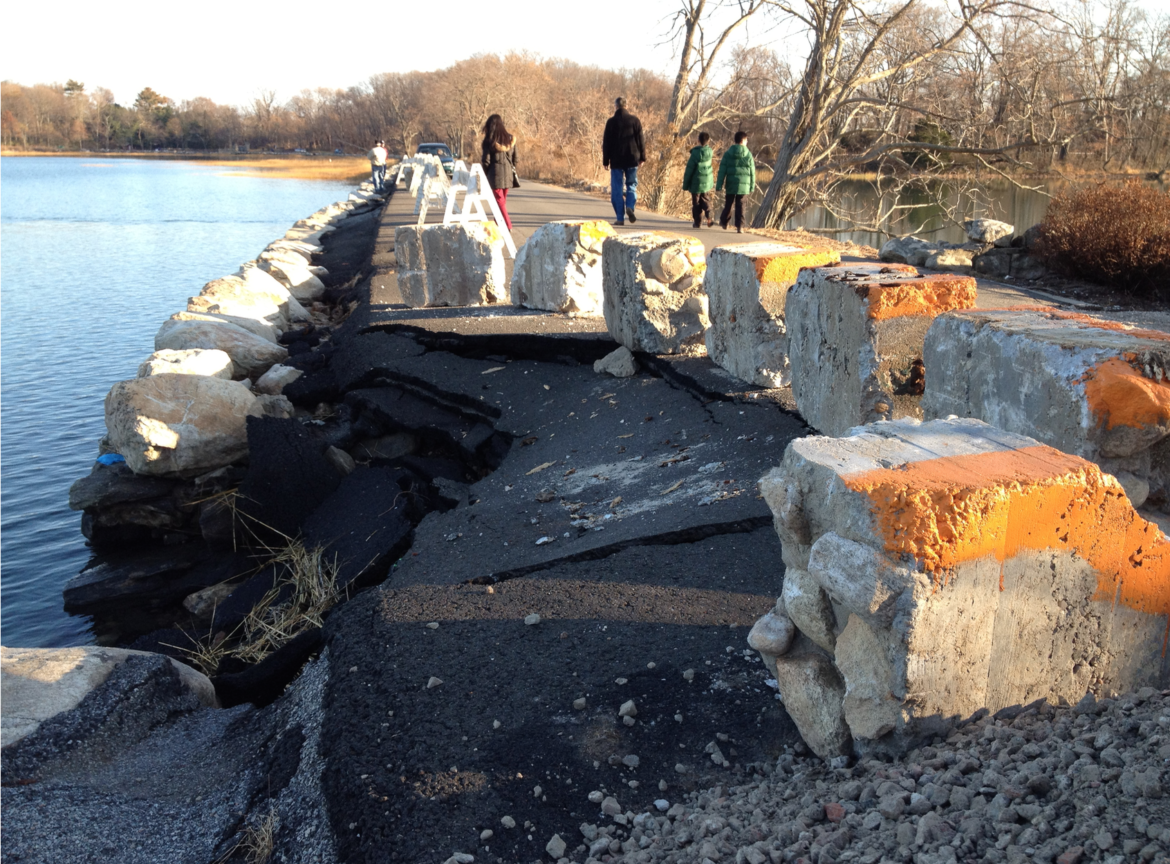 Damage to the causeway along Eagle Pond at Greenwich Point following Sandy in 2012. Credit: Leslie Yager

And while the Island Beach concessionaire is the same as last year (Bartlik), a new concession contract for Tod’s was awarded to Carlos Herrera. 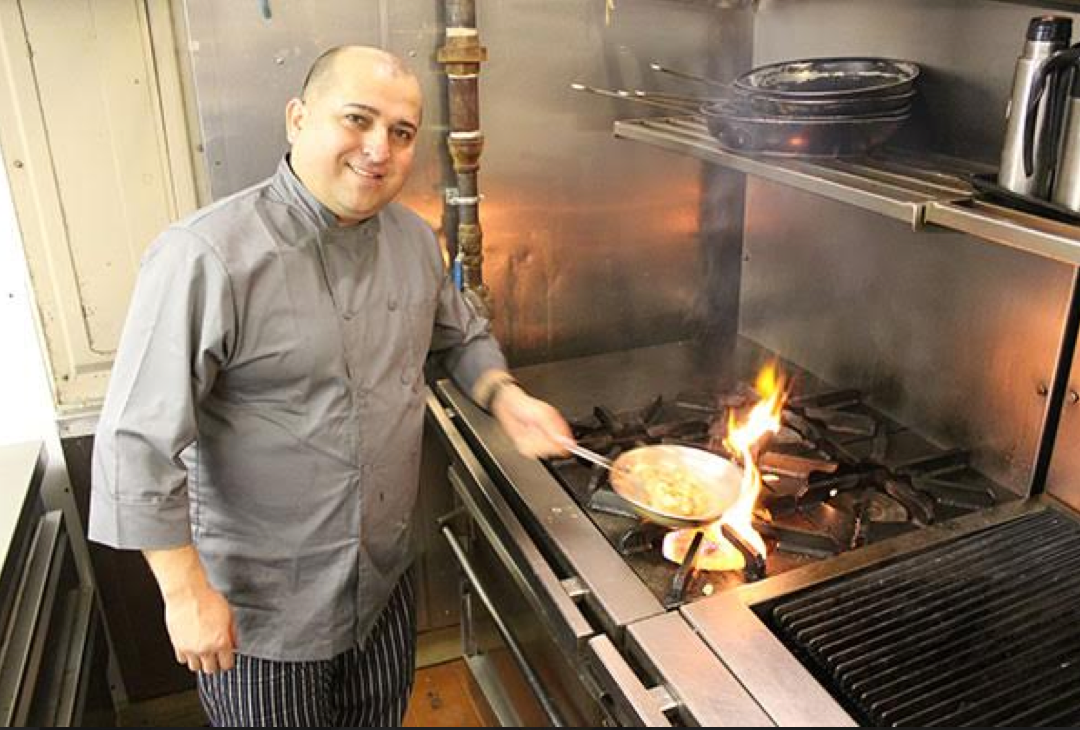 The concession stands at Tod’s Pt are being readied for the new concessionaire, Carlos Hernandez who will call his concession What’s Cooking. The south concession will likely open first, and has benefited from recent improvements.

According to Freitag, Mr.Herrera What’s Cooking will open at the south stand first, and in the new stand at the Susie Baker Pavilion a bit later.

Asked about beach erosion, Mr. Freitag said that last year, 22 tri-axle loads of sand were brought in to replenish sand in Byram. The sand at Island beach tends to move from one side of the island to the other.

“We drag it back and spread it out,” he said, adding that there is a budget for sand replenishment, but this past year sand largely stayed in tact as there weren’t any major storms.