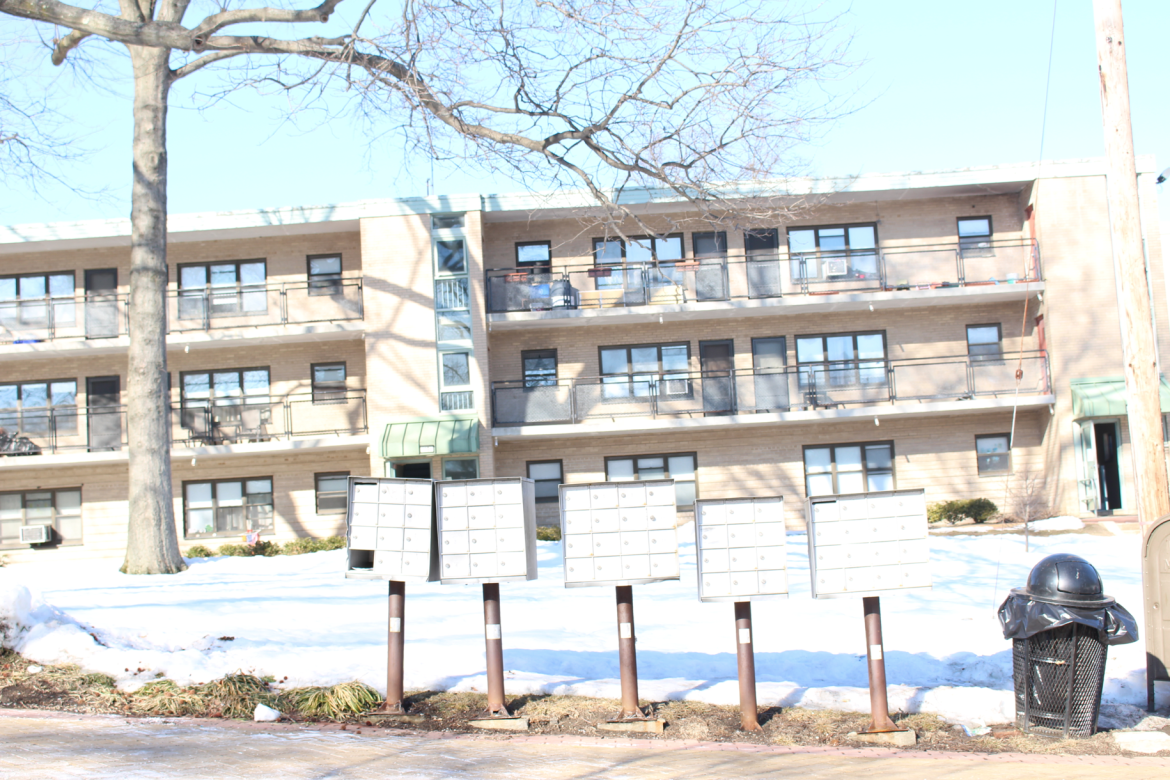 Plans for the Housing Authority of the Town of Greenwich (HATG) to renovate and construct new family-style townhouses at Armstrong Court may have hit a snag.

A call to the US EPA in Boston on Thursday was directed to an inspector who confirmed that the federal agency was aware of the situation with lead paint and toxins in Armstrong Court. “We are looking into the issue,” inspector Padilla said, adding that she was not in a position to elaborate. She did say other agencies are involved.

The presence of toxic levels of lead paint in the 50s era housing project was brought to light a full year after being included in a Fuss & O’Neill environmental testing report. The report, commissioned by HATG,  inadvertently made its way to the hands of a neighborhood environmental activist, Dawn Fortunato of Booth Court, following her unrelated FOI request.

Fuss & O’Neill, a civil and environmental engineering company out of Manchester, CT, found toxic levels of lead paint in Armstrong Court in two out of 10 apartments inspected (a sampling of 10% of 144 apartments were tested). The report subsequently made its way to multiple reporters in Greenwich, including Alma Rutgers.

In her March 28 Greenwich Time opinion column, Alma Rutgers said she provided the Fuss & O’Neill report to Michael Long, Environmental Director at Greenwich’s Dept. of Health, which is charged with enforcing laws for lead paint in Greenwich.

Reached by phone on Tuesday morning, April 7, Mr. Long said that since reading the Fuss & O’Neill report he had sent a letter on March 31 to Anthony Johnson, executive director at the Housing Authority about the elevated lead levels, particularly the defective paint (chipped or peeling) with particular consideration to children under the age of 6.

“I am expecting a reply with a plan of action,” Mr. Long said. “The letter asked for an outline to prioritize the issue of defective paint and other areas with elevated lead based paint.” Mr. Long said his department takes the issues of lead paint very seriously. 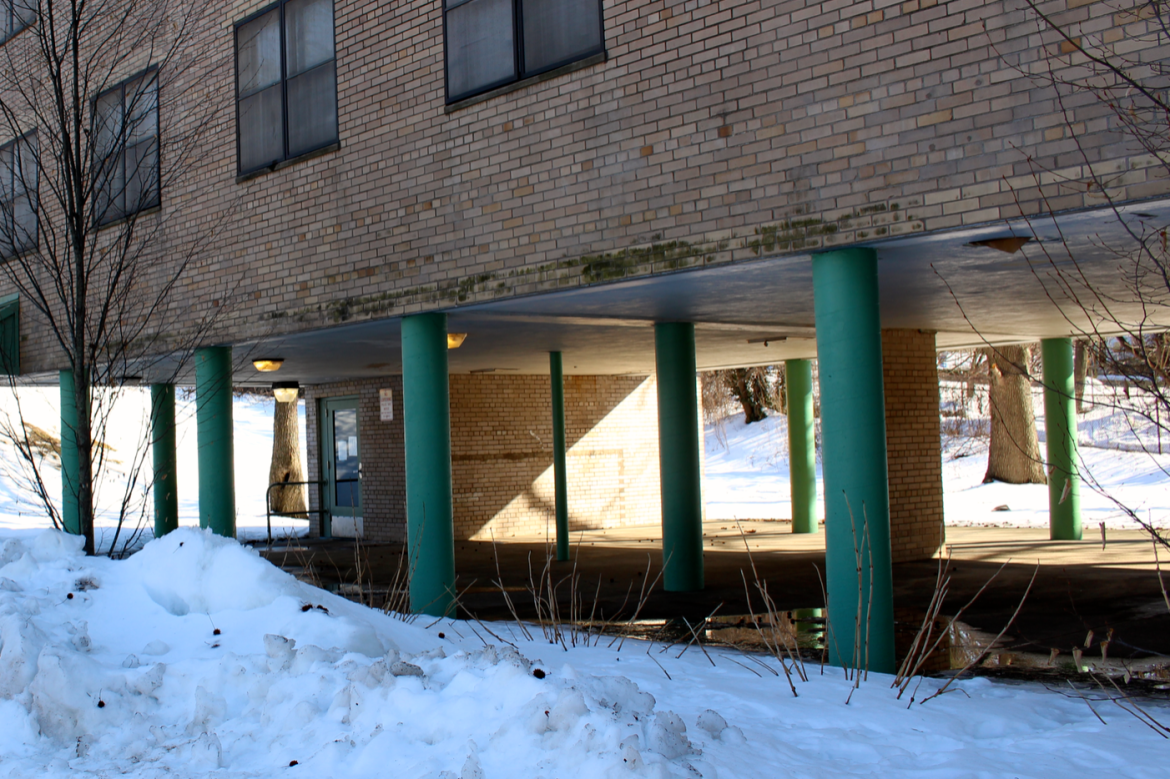 “I have no hard feelings toward Commissioner Romeo for saying to me on his radio show back in December, ‘We’re taking care of our residents. Booth Court should take care of its residents.’ But the thing about lead poisoning is it’s a silent killer. There are no warning signs. Armstrong Court families have a right to know what the housing authority found. Why should they have to wait a year and read about it in the paper? Why should they have to wait years for a renovation to get remediation done?”

“I’ve been told by people involved in the project that the whole point of the renovation is to get remediation done,” Fortunato continued. “Everyone keeps saying the residents are excited for the renovation. Of course they are. They have no idea they’re living with dangerous levels of lead paint and flaking, peeling lead paint. What is done in the dark will be brought to the light.”

At the March 25 monthly HATG meeting, held at Armstrong Court, Anthony Johnson, executive director of HATG was dismissive of suggestions of urgency triggered by the Fuss & O’Neill report.

“In most cases they found something here, something there. It could be a unit, it could be more, we don’t know,” Johnson said. “This report and further testing will be worked into the financial plan… and remediation will be part of the cost. This is nothing new.”

Asked on the phone on March 26 why residents in apartments with elevated lead paint and defective weren’t notified, Mr. Johnson said that was not required by law. He said the Housing Authority’s approach is to “encapsulate until we remediate.”

Though Alma Rutgers and others dismiss concerns about toxins inside Armstrong Court as alarmist comparisons to Love Canal, the laws are clear. 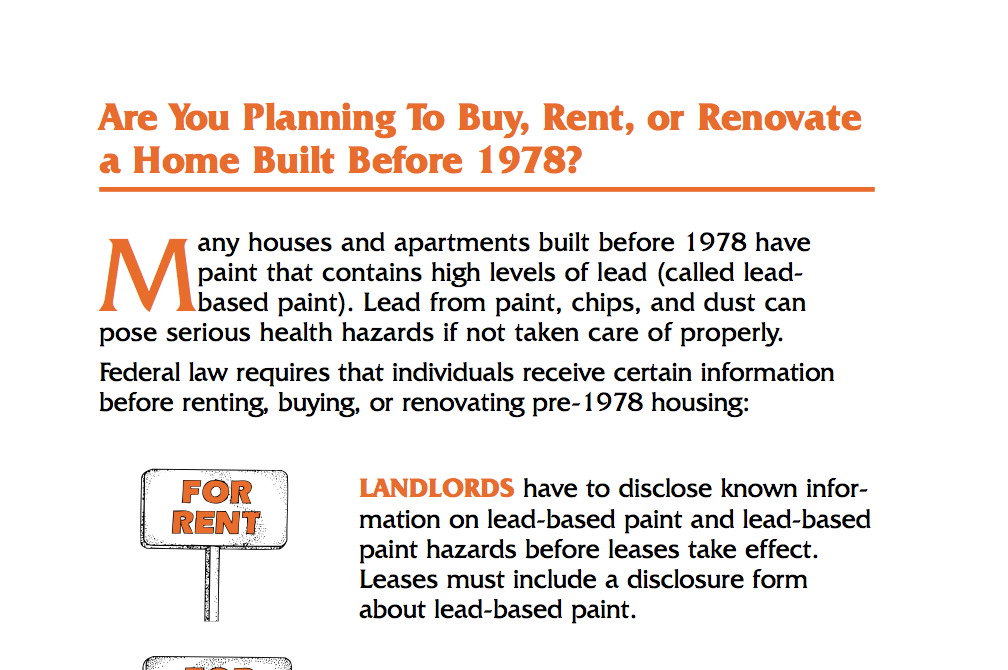 Congress passed the Residential Lead-Based Paint Hazard Reduction Act of 1992, also known as Title X, to protect families from exposure to lead from paint, dust, and soil. (The lead disclosure rule from HUD.Gov) Section 1018 of this law directed the US Dept. of Housing and Urban Development (HUD) and EPA to require the disclosure of known information on lead-based paint and lead-based paint hazards before the sale or lease of most housing built before 1978.

Federal law requires landlords and property owners to disclose the presence of elevated levels and any reports or records pertaining to lead-based paint in the housing being sold or leased, including common areas and units in other dwellings in multi-family housing. There are tight timelines for disclosure as well as a expensive penalties for not complying. 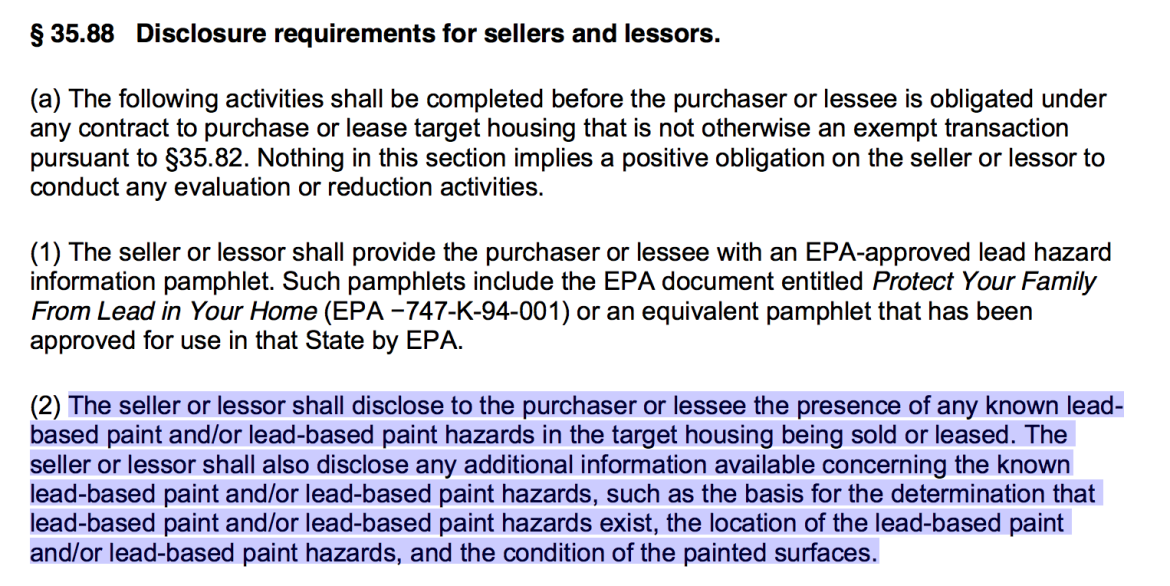 Also, Greenwich Municipal code includes a chapter on sanitary living conditions and penalties for not complying with Health Department orders.

(a) Any person who violates any provision of this chapter shall be fined not more than one hundred dollars ($100) for each violation.

(b) It shall be the responsibility of the offender to abate the violation as ordered by the Director of Health. Each day’s violation shall be deemed a separate offense.(Ords. & Reg. § 2-1.13, 10/27/60.)

Meanwhile, the Housing Authority is seeking bids for the work at Armstrong Court with a deadline for bids of April 30 at 2:00pm.