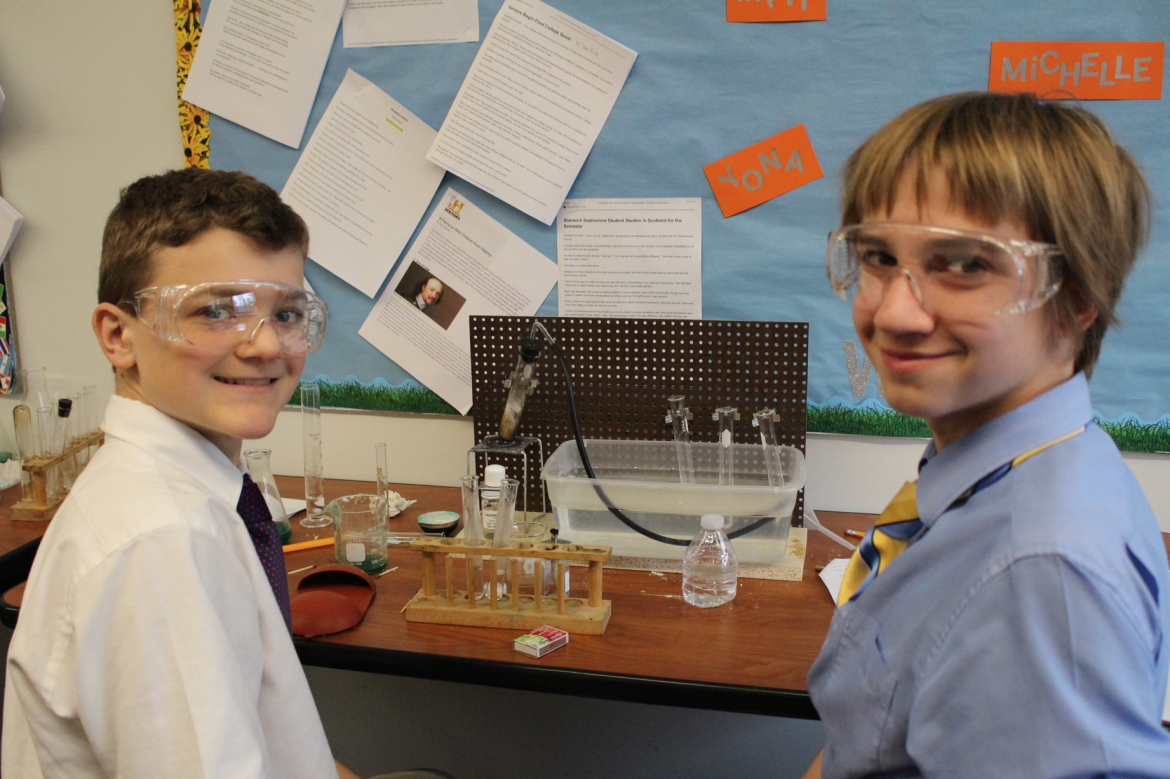 It may sound early for a final exam, but Mr. Fletcher said the timing is intentional.

“It’s a six hour exam that runs from 8:00am until 2:40pm,” he said. “It’s easier to schedule it in April so we’re not competing with all the other exams later in the spring.” 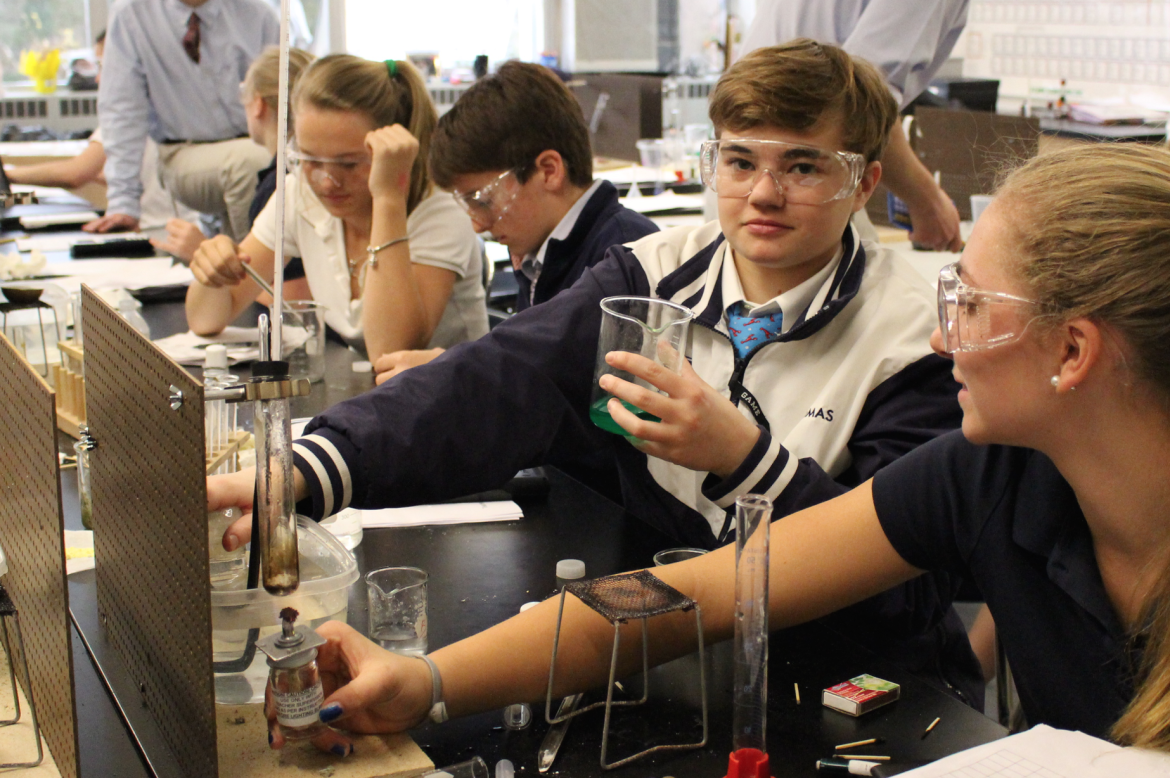 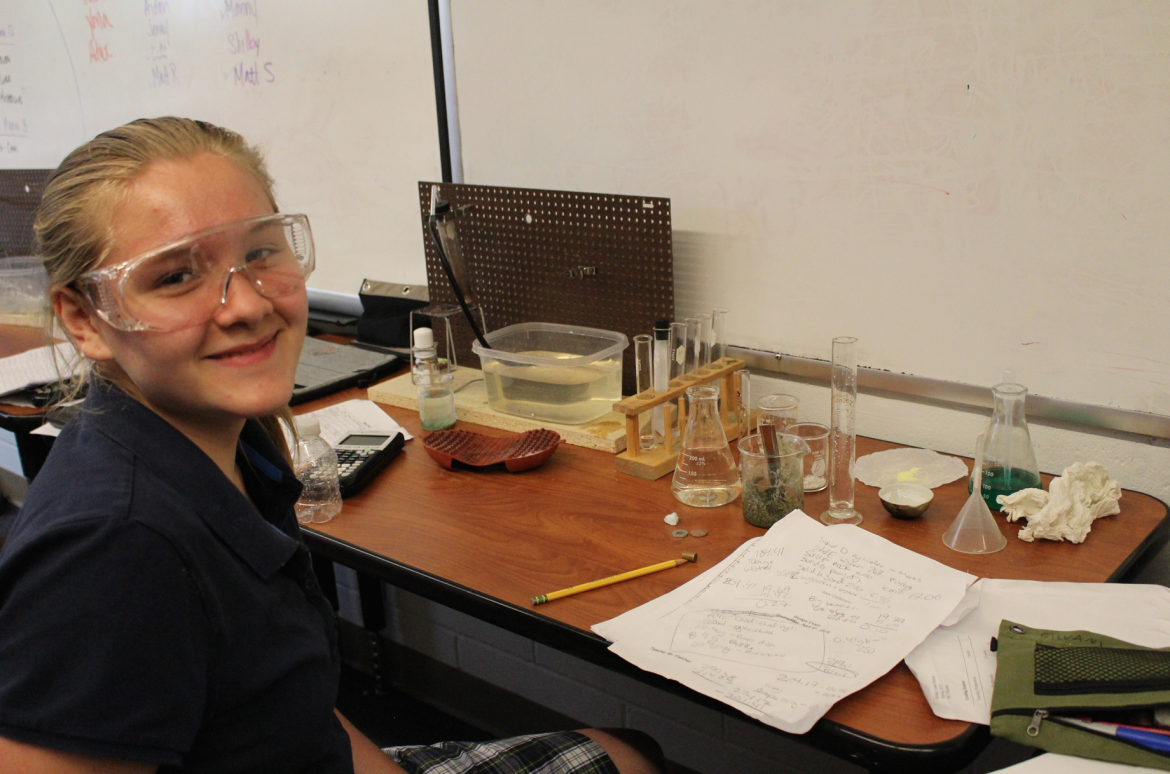 The sludge exam has a detailed rubric, and though the goal is for all the students to succeed, it’s not a given. “Some of them will fail,” he said of the exam that comprises 20% of each student’s science grade. The day-long exam tests students on far more than memorization.

“It’s a way to measure hard skills like running the lab,” Mr. Fletcher said. “It also tests their soft skills like their coping skills.” 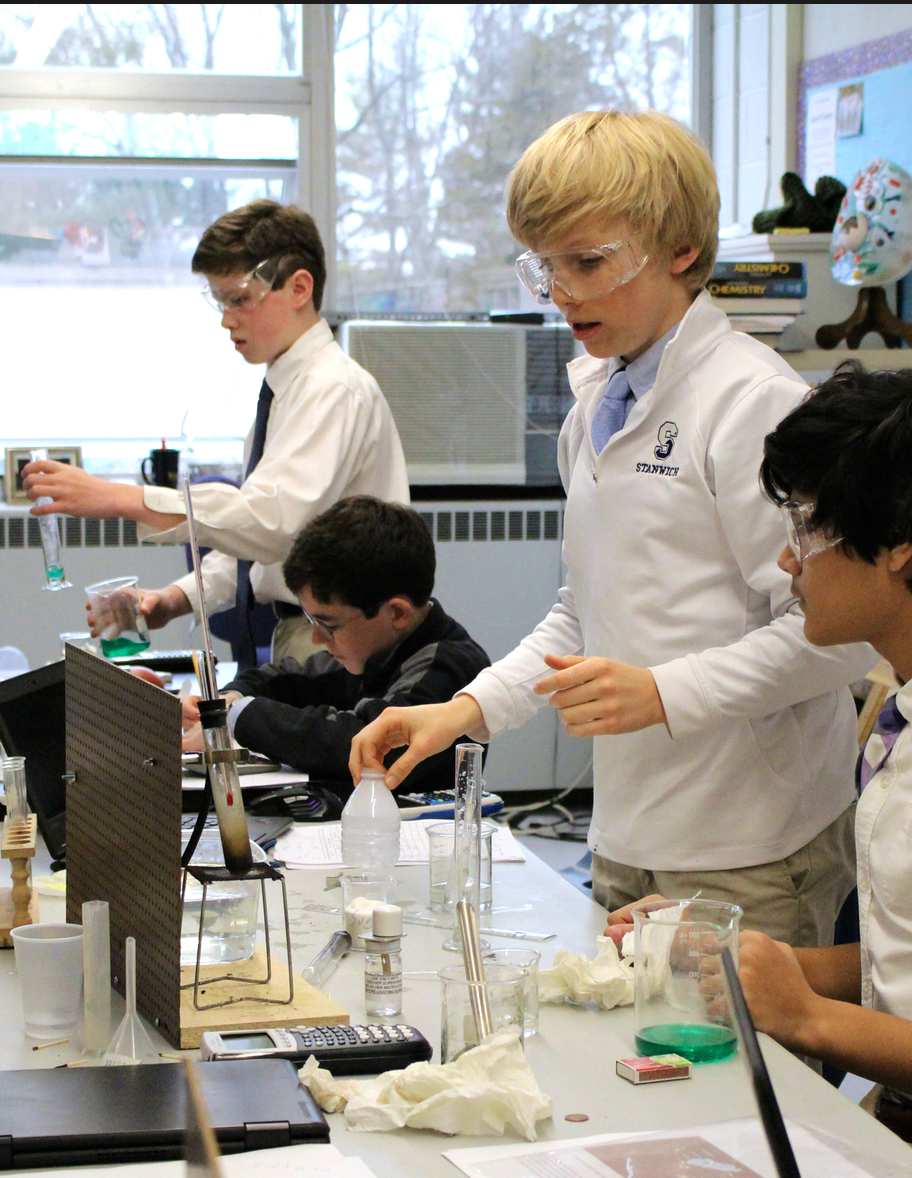 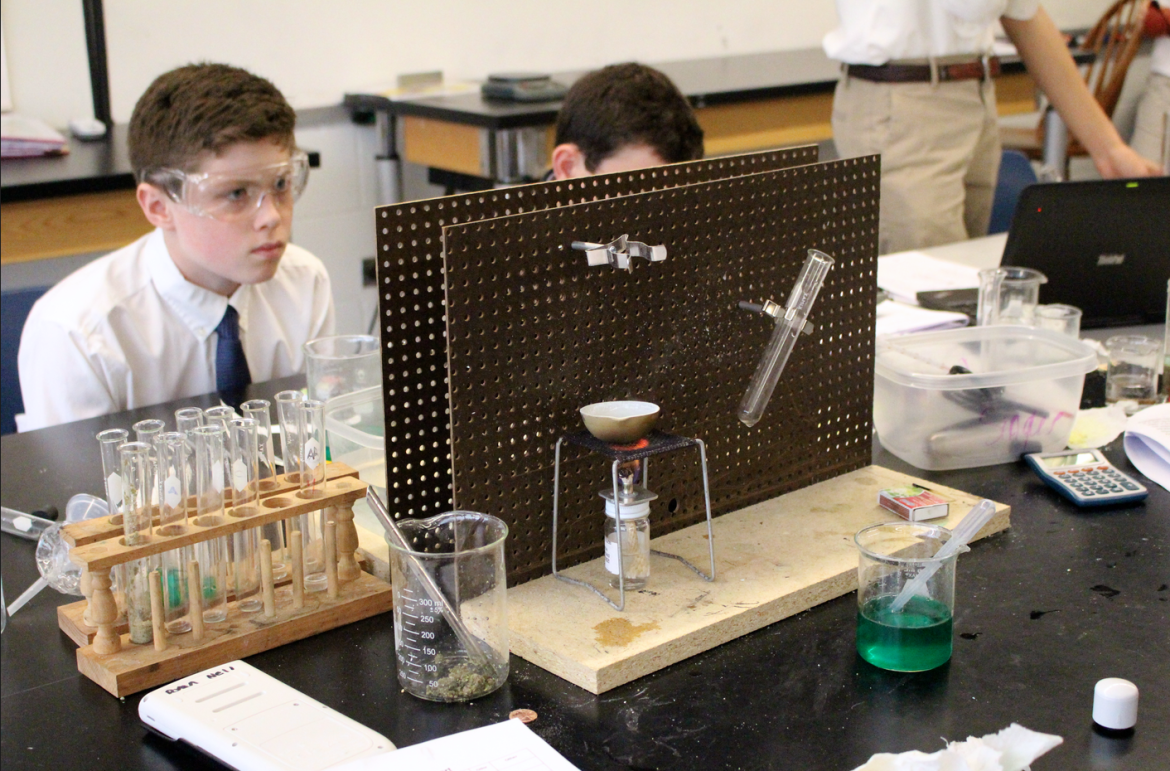 The sludge test is something of a rite of passage for students and Mr. Fletcher said that though many of his students have older siblings, there is a tradition of letting the next wave sink or swim.”The older siblings don’t tell them how to do the sludge.”

“Plus, I change it up a little every year,” Mr. Fletcher said, listing some of the substances as baking soda, which is heated to create carbon dioxide, isopropanol, sodium chloride, sand, copper and stone.

“We spent a whole week preparing for the exam — strategizing and planning” Mr. Fletcher said, adding that he doesn’t know until the morning of the exam what he’ll put in the sludge.

“They need to isolate all 11 substances and identify them by their characteristic properties,” Mr. Fletcher explained. “By 2pm they should have at least seven.” 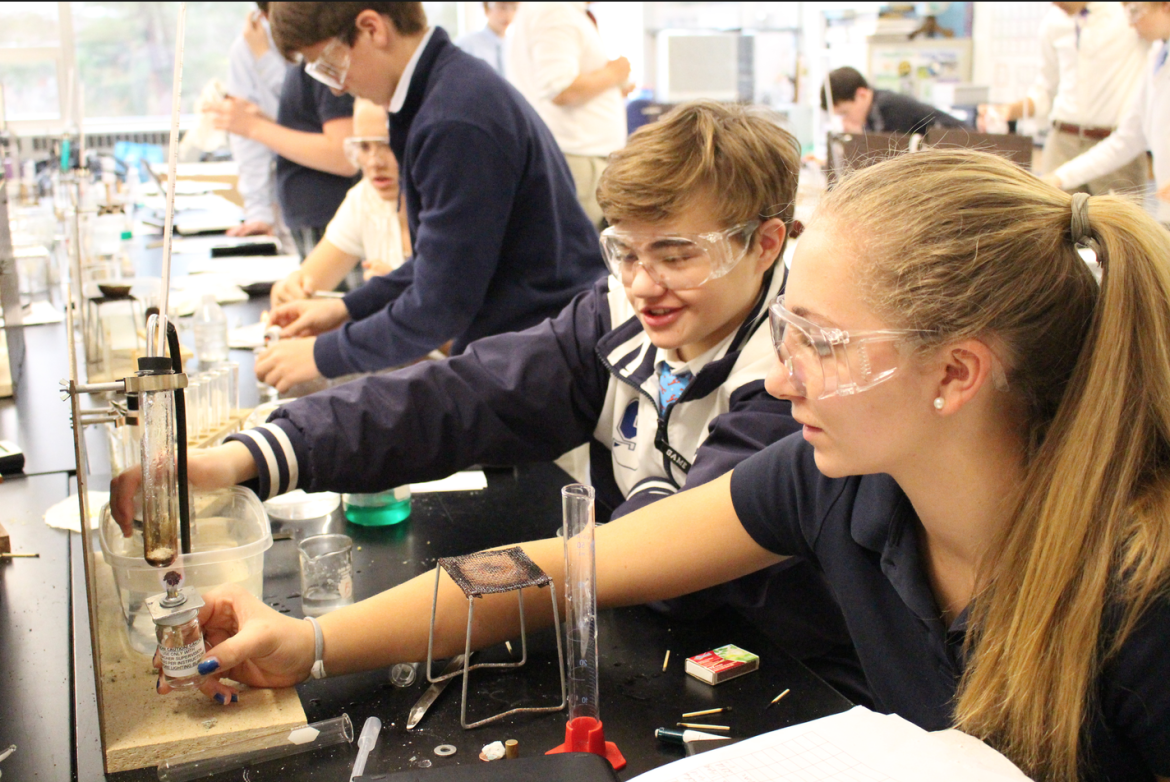 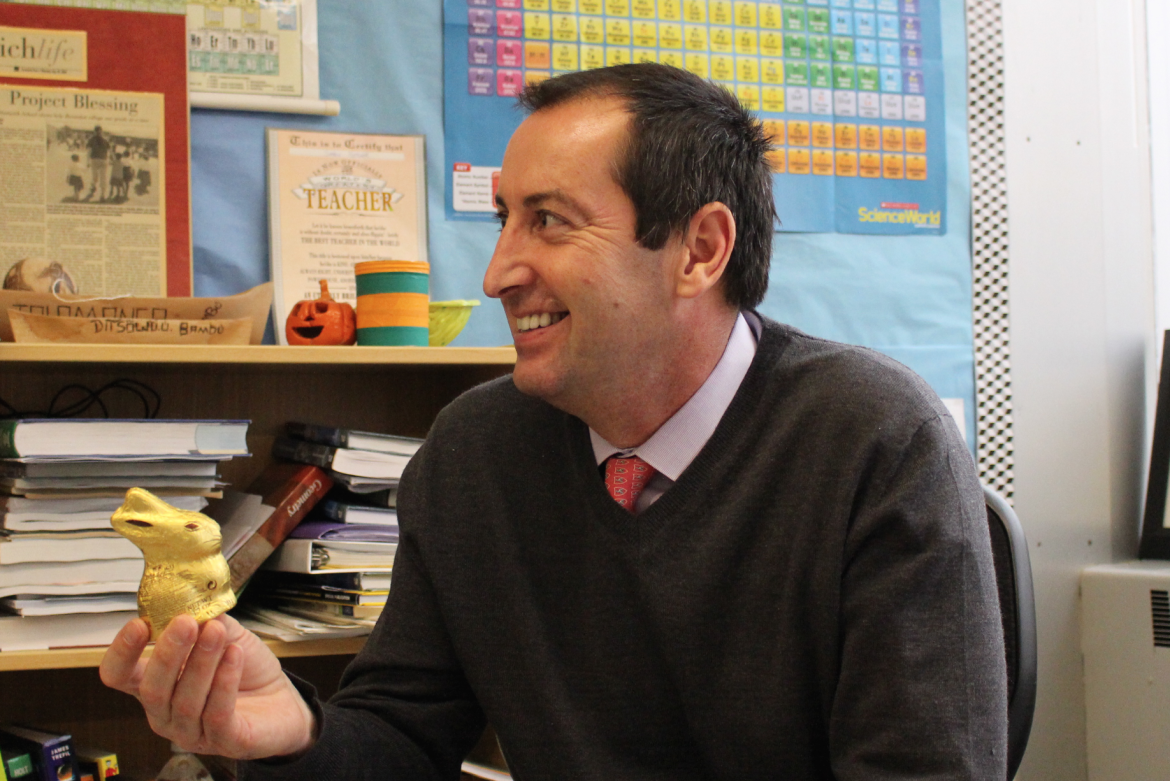 When a guest observed that the children seemed to take the exam in stride, Mr. Fletcher chuckled and said that after lunch the pressure would mount a bit.

Asked about that temptation to get the answers from older siblings, Mr. Fletcher joked some students use chocolate to probe the teacher for hints. “I’m influenced by chocolate,” he said, pointing to a chocolate Easter bunny a student had given him.

Though there are other schools that give students the sludge exam, Mr. Fletcher said no other school do the full exam in one day. 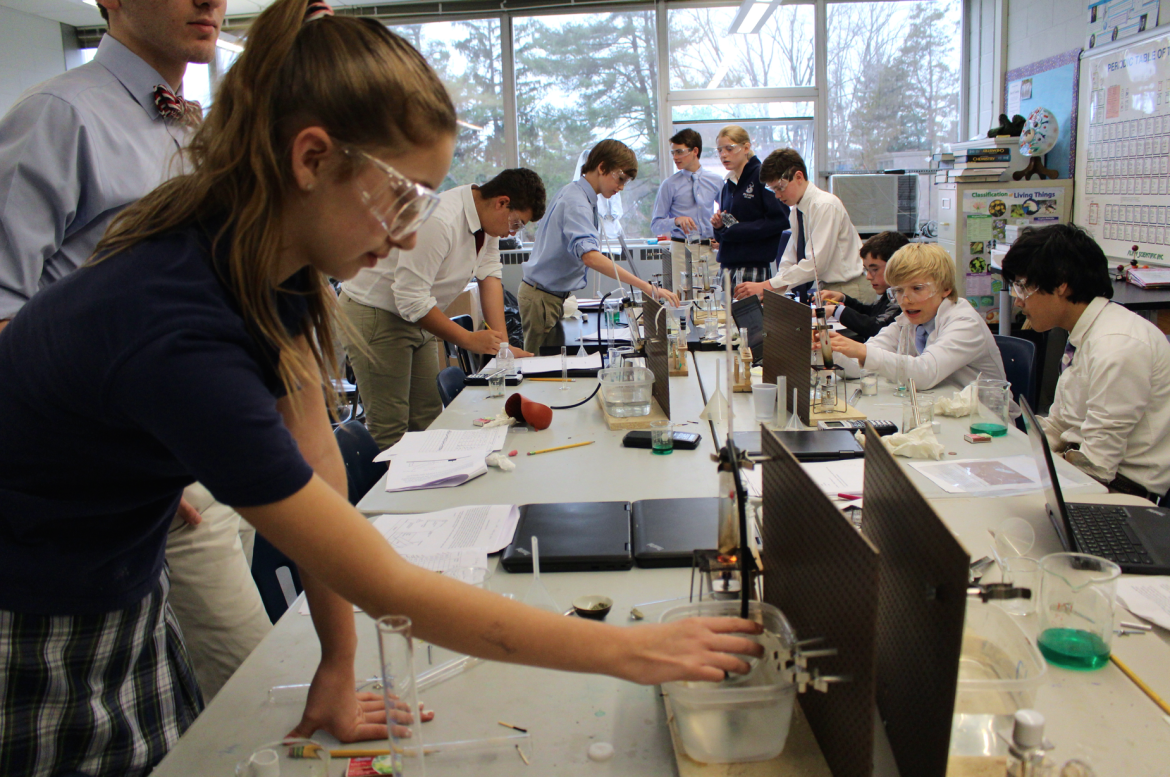 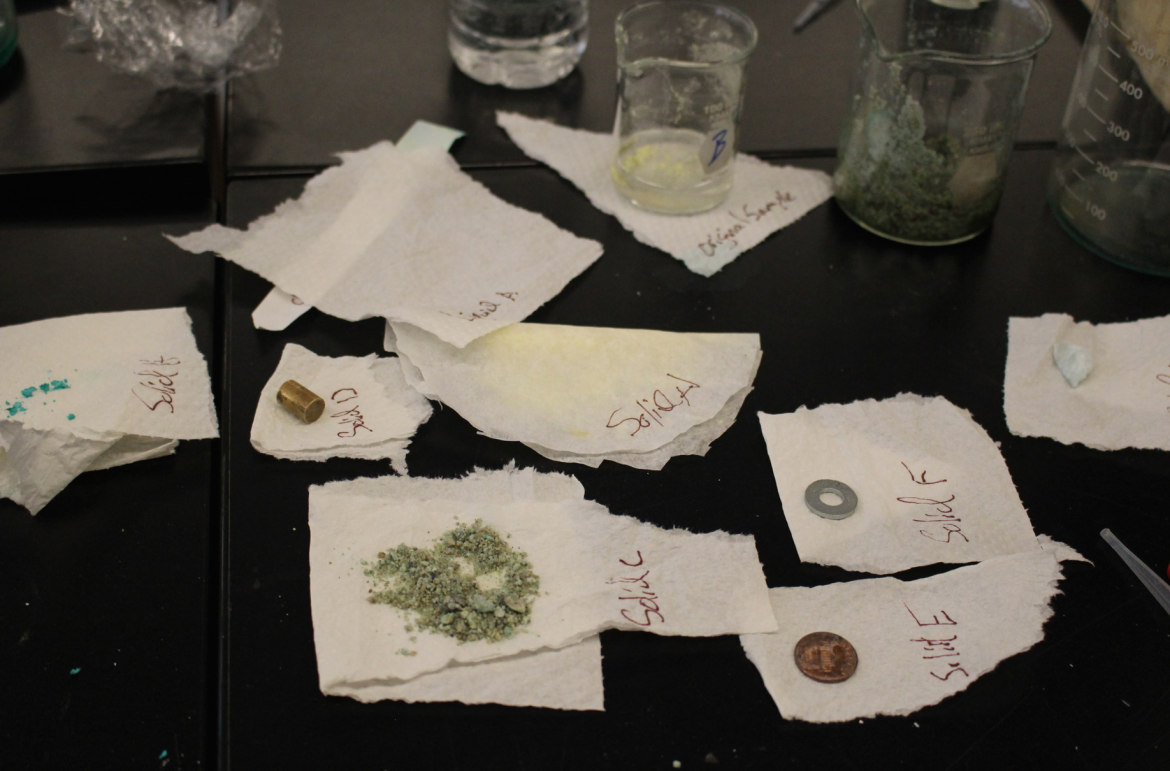