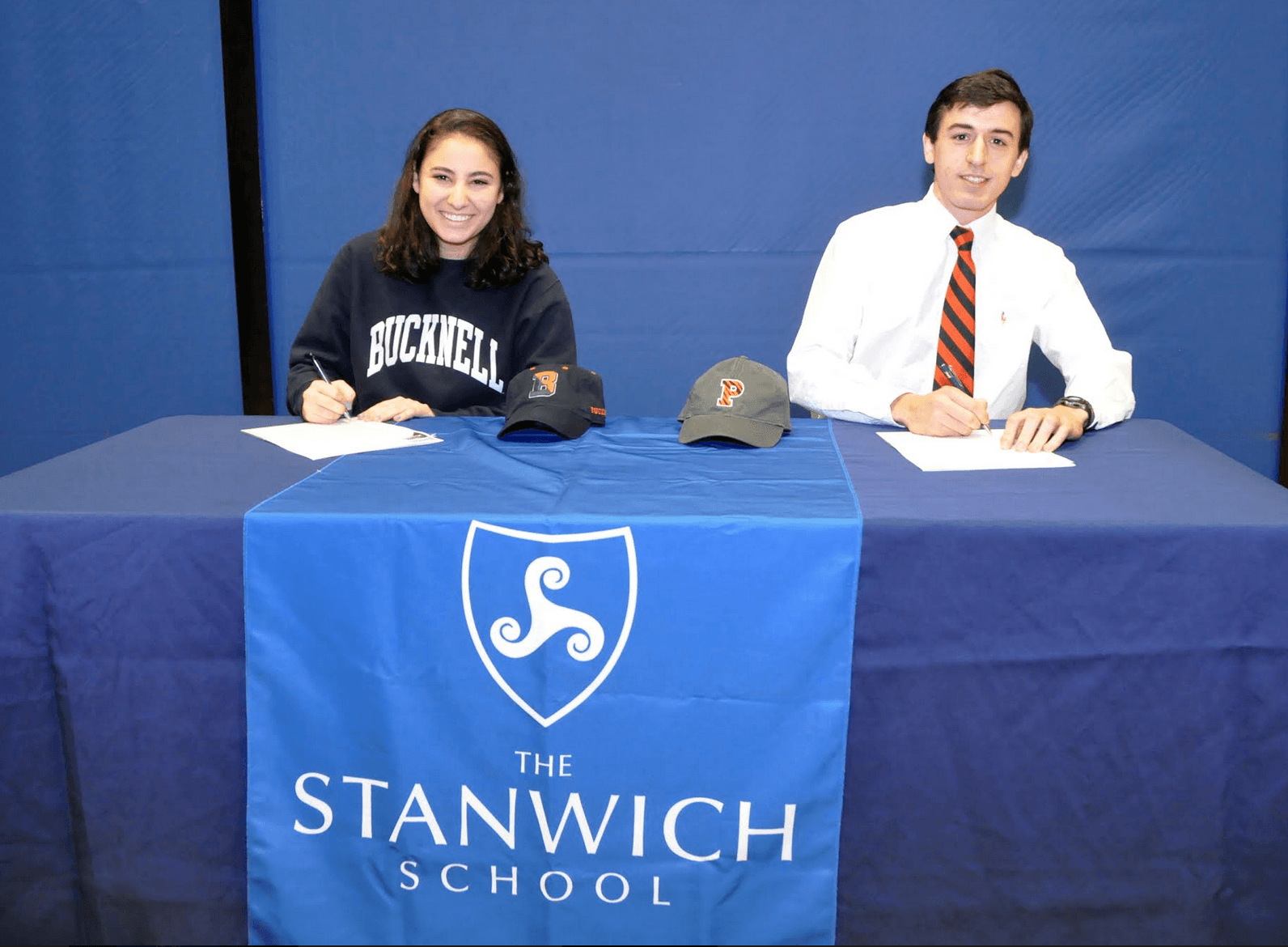 Both students will join their university’s teams next fall, which participate in Division I and are governed by the rules and regulations of the National Collegiate Athletic Association and the Intercollegiate Rowing Association.

After attending a summer camp dedicated to rowing in eighth grade, Ted joined Greenwich Crew when he was in ninth grade. The senior practices or competes year round, dedicating around 18 hours per week to the sport.

Playing the positions of both port and starboard, Ted was MVP of his team in 2018, and serves as team captain, 2018-2019. Ted and his teammates have competed all over the area in — Youth Nationals, Club Nationals, Northeast Regionals, and Head of the Charles.

Giving advice to other student athletes, Ted said, “You need to find the healthiest way to balance school and athletics, and don’t be afraid to reach out to others for help.”

In the fall, Ted will study at the Woodrow Wilson School of Public and International Affairs at Princeton.

After swimming competitively for nine years, Gaby Wakim found herself looking for a new sport to master.

With a number of friends rowing for Greenwich Crew, Gaby joined the team at age 16. The senior rows starboard for nine months out of the year, spending approximately 14 hours per week in practice or competition. Gaby and her teammates have participated in a number of competitions, including Mercer Sprints, Saratoga Sprints; Head of the Housatonic, Head of the Riverfront, and Head of the Fish, Regional Championships.

“Rowing is more of a mental game than anything,” Gaby said of the mental aspect of the sport. “You have to be able to block out the voice in your head telling you that you can’t go any further even when you’re physically able to.”

Looking back at her six years at Stanwich, Gaby said, “Stanwich has pushed me to excel inside and outside of the classroom. My teachers have taught me how to succeed and encouraged me to persevere.”

Gaby plans to study computer science at Bucknell and pursue a degree in either software or civil engineering.