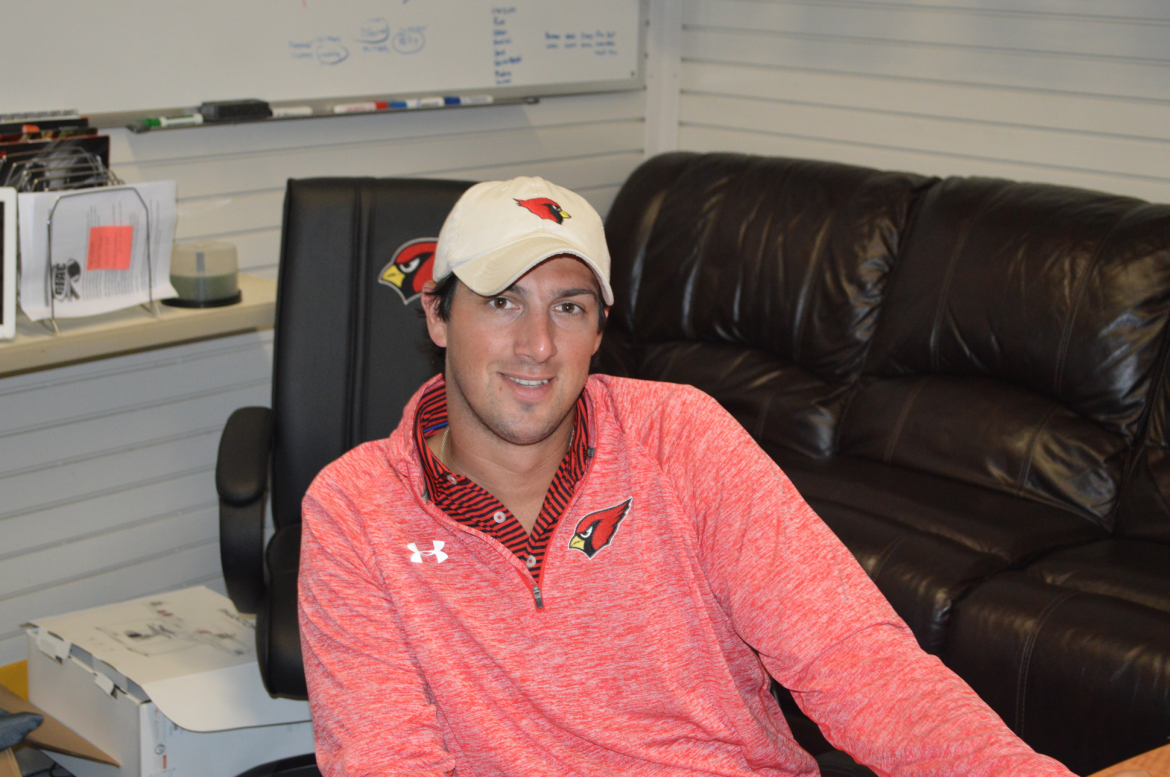 We are just days away from the start of school, and the new Greenwich High School Football Coach, John Marinelli, has started practice with his team.

Coach Marinelli was announced as the new GHS Football coach back in April. Previously, he was an offensive coordinator for the New Canaan High School Rams, helping out his father, head Coach Lou Marinelli, who has had much success over the years. I was lucky to have a chance to talk with Coach John Marinelli.

The first question I asked was what made him want to come to Greenwich High School.  “It’s the number one program in New England and any Coach knows that,” Marinelli replied.

Coach Marinelli also described coming to Coach Greenwich High School as a “dream job,” and he is very happy to be here in Greenwich. 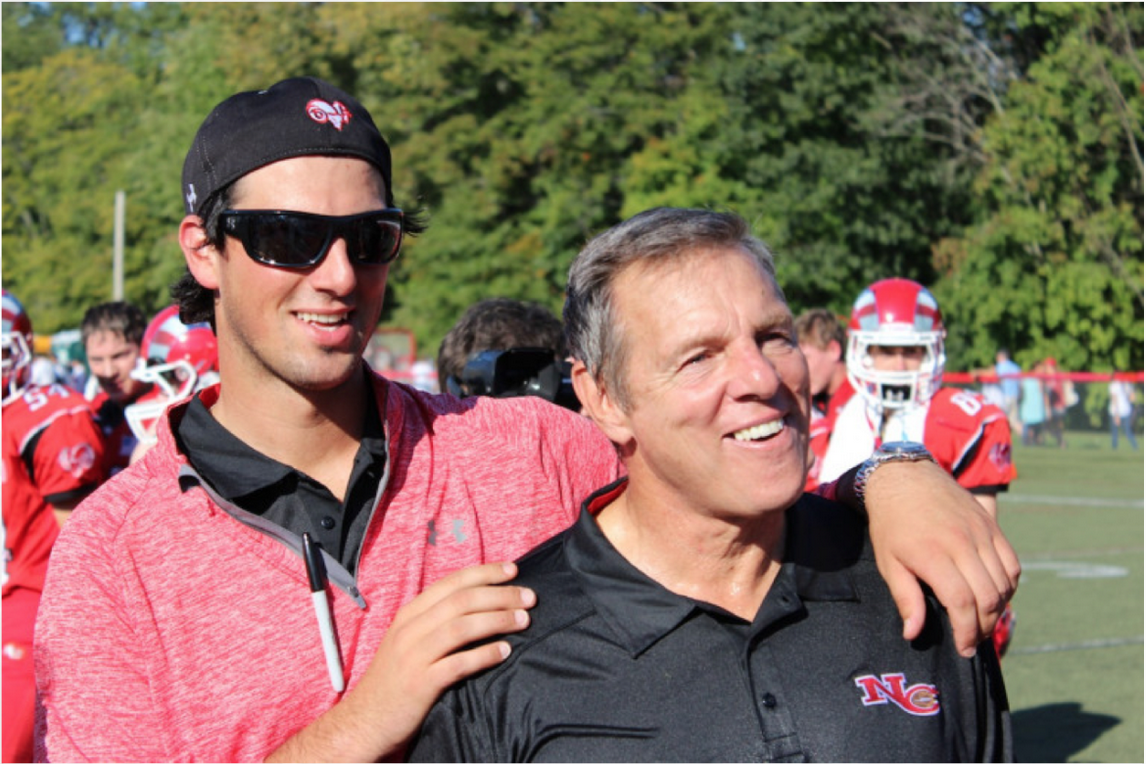 I also had to ask Coach Marinelli the question he has probably answered many times now.  That is if will it be weird to compete against New Canaan and his father for the homecoming game on October 24. “Yeah, it will be the first time in my life I will be rooting against New Canaan,” he said. “But I hope that this storyline between the coaches doesn’t overshadow the kids.” Marinelli’s main concern is the players and making it fun for them. The matchups in the future against his father will be interesting, but no matter what happens, the kids on the field should always be the main story.

Coach Marinelli is bringing change to the Greenwich offense this year. Greenwich has had spread offense before, but Coach Marinelli’s is different. “The offense relies on football IQ,” said Marinelli, describing the difference between his offensive system and Greenwich’s past system. While Marinelli was the offensive coordinator, the offense was known for scoring a lot of points.

Coach Marinelli is pleased with the way practices are going so far. “We have gotten more done in three days than we have ever done in New Canaan,” he said.  This is a good reason to have optimism for Greenwich Football this year.

As far as Coach Marinelli’s relationship with his kids, he calls himself a player’s coach. When I asked him what NFL coach he is most similar to, he said Seattle Seahawks coach Pete Carroll. Both Marinelli and Carroll like to keep the game fun because that is how it should be. When Coach Marinelli first greeted his team, he told them that he wanted to bring the fun back. An example of how he does that is by playing music during practice.

Despite that, Coach Marinelli expects his players to work hard. When it comes to playing time, he told me, “Seniors get first shot. Best players play. Playing time is earned through hard work and dedication.” Speaking of hard work and dedication, Coach Marinelli often stays up past midnight, using multiple computer screens to prepare game plans and watch video. Marinelli said, “It’s part of it. I’m a competitor. I work hard to put players in good situations.”

It is clear that Marinelli works hard for the kids, and he expects the same from them. If that happens, kids will learn lessons that can be applied off the field, like getting up early and being on time for practice or a meeting, or powering through tough drills in practice like they should do with their school work.

A new era is beginning for Greenwich High School football. Coach John Marinelli is looking to bring fun and success for GHS football players and fans for years to come. It will be interesting to see the transition in the first year. Go Cards!