Greenwich Public Schools Library Media Program Coordinator Ms. Jeannine Madoff announced on Thursday that she will return to teaching at the International School at Dundee, effective with the 2017-2018 school year.

“While I have sincerely appreciated the opportunity I’ve had to collaborate with so many dedicated district administrators, I have missed working directly with the students, the energy and vibrancy of the classroom, and the chance to put my knowledge and insights into practice,” Madoff said. “I’m excited to return to my roots, to do the work I have always loved most…teaching.” 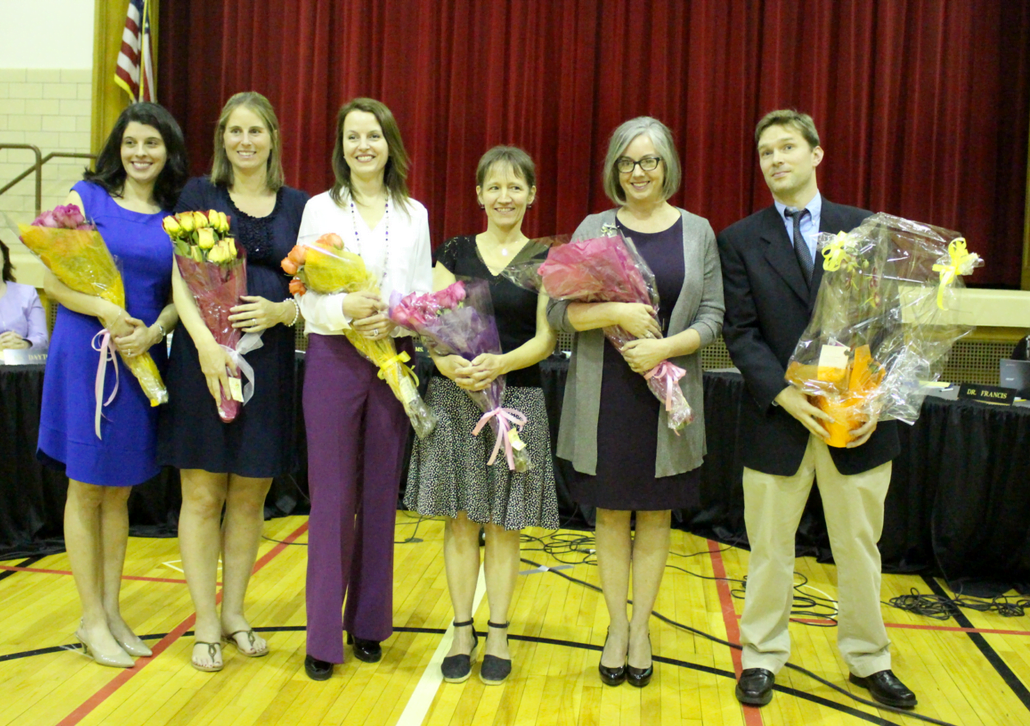 Jeannine Madoff (second from right) being honored by the Board of Education as a 2015-2016 Distinguished Teacher. Photo: Leslie Yager

Ms. Madoff was appointed as Library Media Program Coordinator in October 2016 and began working in the role in January 2017, after twenty-two years as a classroom teacher and media specialist.

“Ms. Madoff brought a great deal of expertise to our team at central office,” said Deputy Superintendent Dr. Ann Carabillo. “Her ability to collaborate with a diverse group of stakeholders is excellent. She built new relationships between central office program coordinators, the media specialists/librarians, and the information technology department.”

Preparations for the search for a new Library Media Program Coordinator will begin immediately. The responsibilities of the Library Media Program Coordinator span from coordination of the curricular and programmatic needs of library media services to supporting educators in the use of digital tools and resources in all program areas. As such, the position reports to the Deputy Superintendent, bridging the curricular/instructional and technology supervisory responsibilities.

After an early career as an art director in the private sector, Ms. Madoff began teaching in 1994 in the Fairfield Public Schools. She came to the Greenwich Public Schools in 1998 as a teacher in the Advanced Learning Program (ALP) at Old Greenwich School. In 2000, she moved to the International School at Dundee (ISD) where she taught in the Advanced Learning Program, then as a fifth grade teacher, and for the last seven years as a Library Media Specialist and the International Baccalaureate program coordinator. In October 2016 she was appointed the District’s Library Media Program Coordinator.

Named a Greenwich Distinguished Teacher in 2016, Ms. Madoff has also been a TEAM Mentor and Advisor since 2008, helping new teachers to improve their practice. She has been instrumental in the implementation of the Digital Learning Environment at ISD as well as in an advisory capacity at the District level for this multi-year initiative.

Ms. Madoff received a bachelor of arts degree in English and art from Connecticut College, New London, CT in 1984, a master of arts in teaching degree from Manhattanville College, Purchase, NY in 1994, advanced certification as a Library Media Specialist in 2011 from ACES, Hamden, CT, and administrator certification after completing the Sacred Heart University, Fairfield, CT program in 2017.