Painter and photographer John Ferris Robben exhibited a retrospective painting show at the Greenwich YMCA on Thursday night. The one-night-only show was well attended by friends, family and fans of the man known for his photos, but who is equally passionate for painting.

Robben, who graduated Providence College in 1986 was a Photography major before becoming a Painting major. 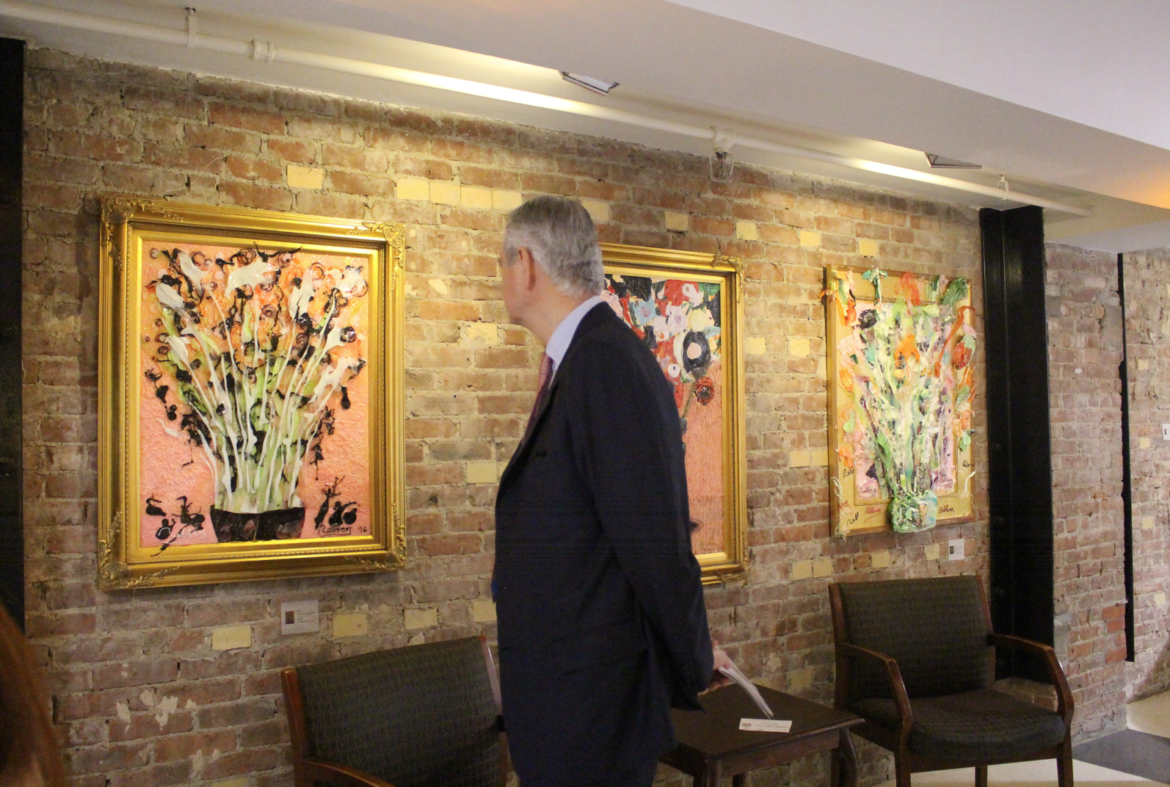 Robben, who wears many hats, including that of Officer Asphalt, said that his painting and photography passions actually dovetail beautifully.

“Painting is so much alone time,” he said on Thursday night at his one night exhibit at the YMCA of Greenwich. “Photography is really, really social. It’s great to have balance and do both.”

“He creates the colors himself, and sometimes, in addition to being tactile, you feel you can actually eat them like candy,” Guillet said, adding that he’d like Robben to add scent to his tactile paintings. “I’ve been encouraging him to find a flavor.”

Among the guests at the painting show were Robben’s daughter Bailey, home from college for the summer. Bailey featured several of her own paintings in her father’s show. 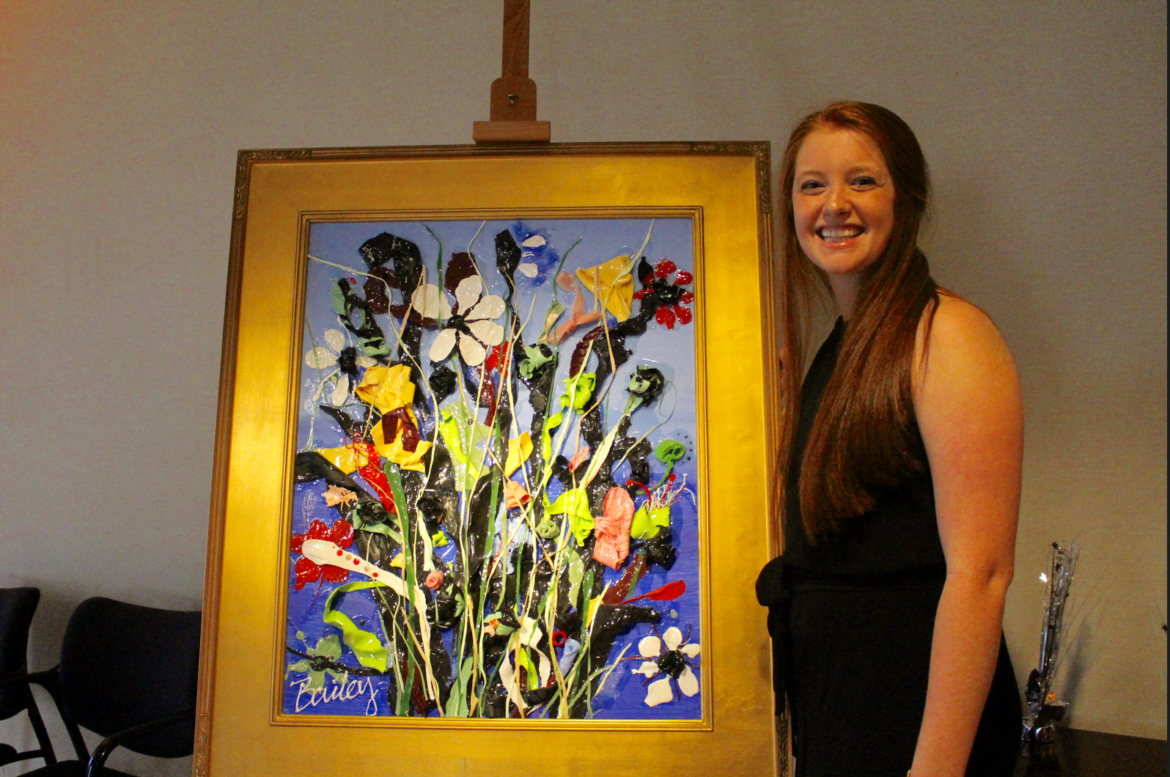 Bailey Robben beside one of a handful of of her own paintings that were included in her father’s show at the YMCA of Greenwich. May 25, 2017 Photo: Leslie Yager

Robben, who dressed in a fedora marked “PRESS” and a painted floor length robe, said, “The robe is an extra way to show off the paintings.” Indeed, the white robe was an extension of the artist’s canvas.

With a nod to his alma mater, Providence College – a Roman Catholic University where the friars in their habits are hard to miss – Robben described himself as “the art Pope.”

As the evening wore on, Mark Zelenz and Steve Hanson provided musical entertainment and Prosecco flowed. For more in Mr. Robben’s paintings, check out his website John Robben Studio. 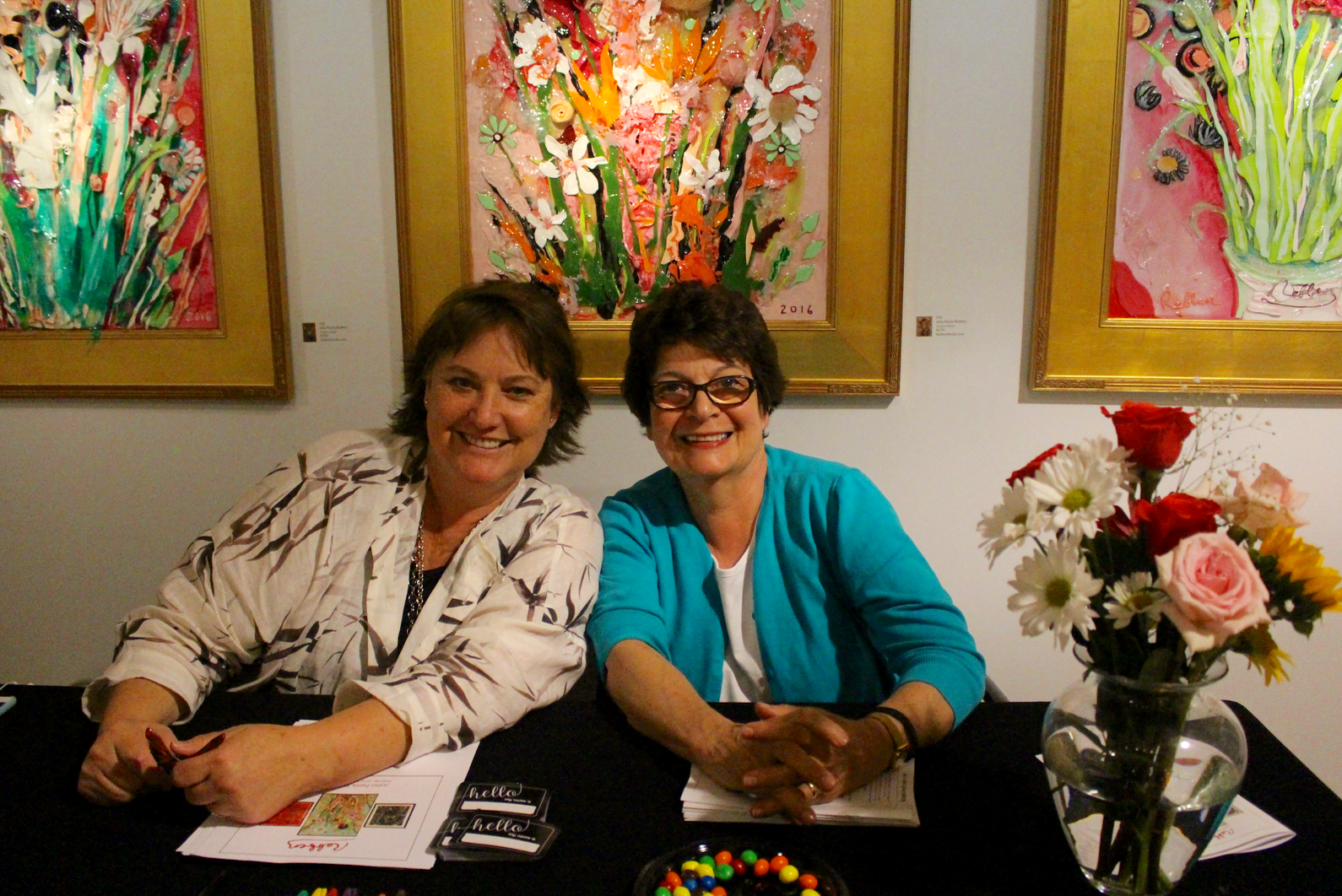 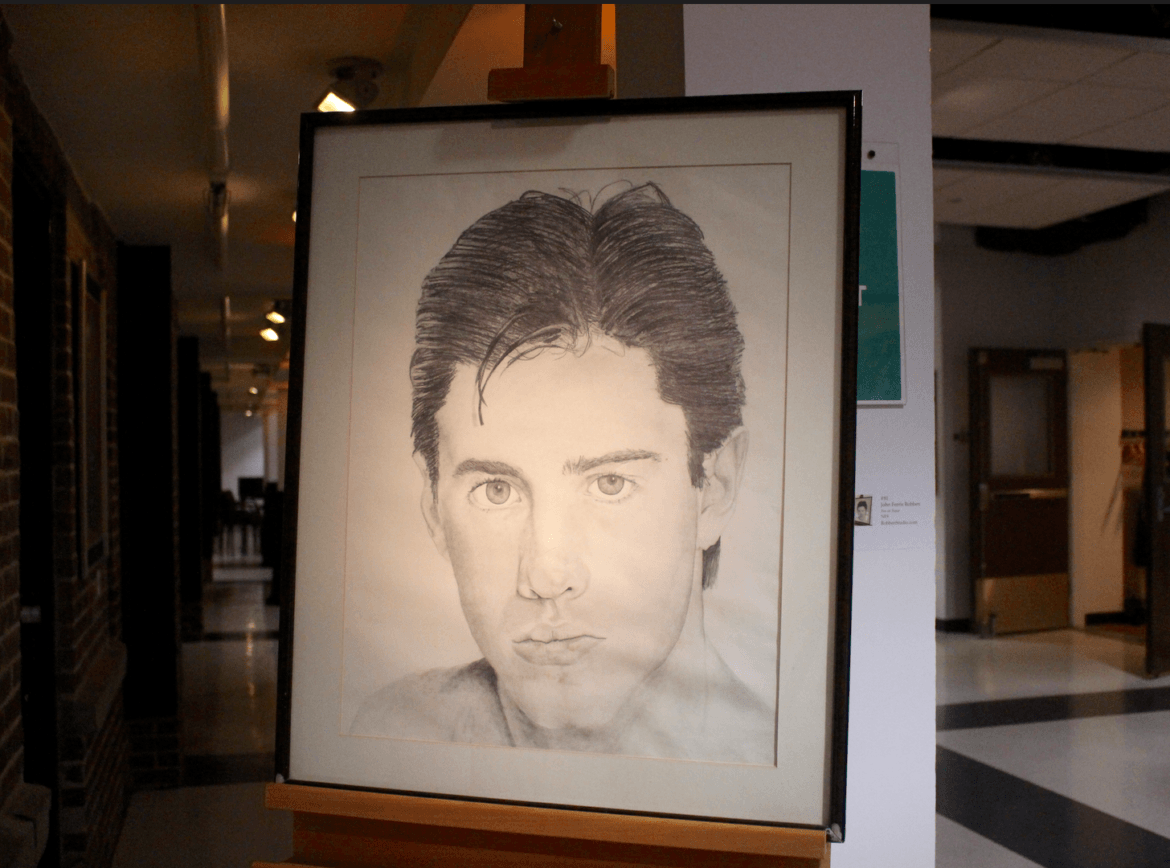 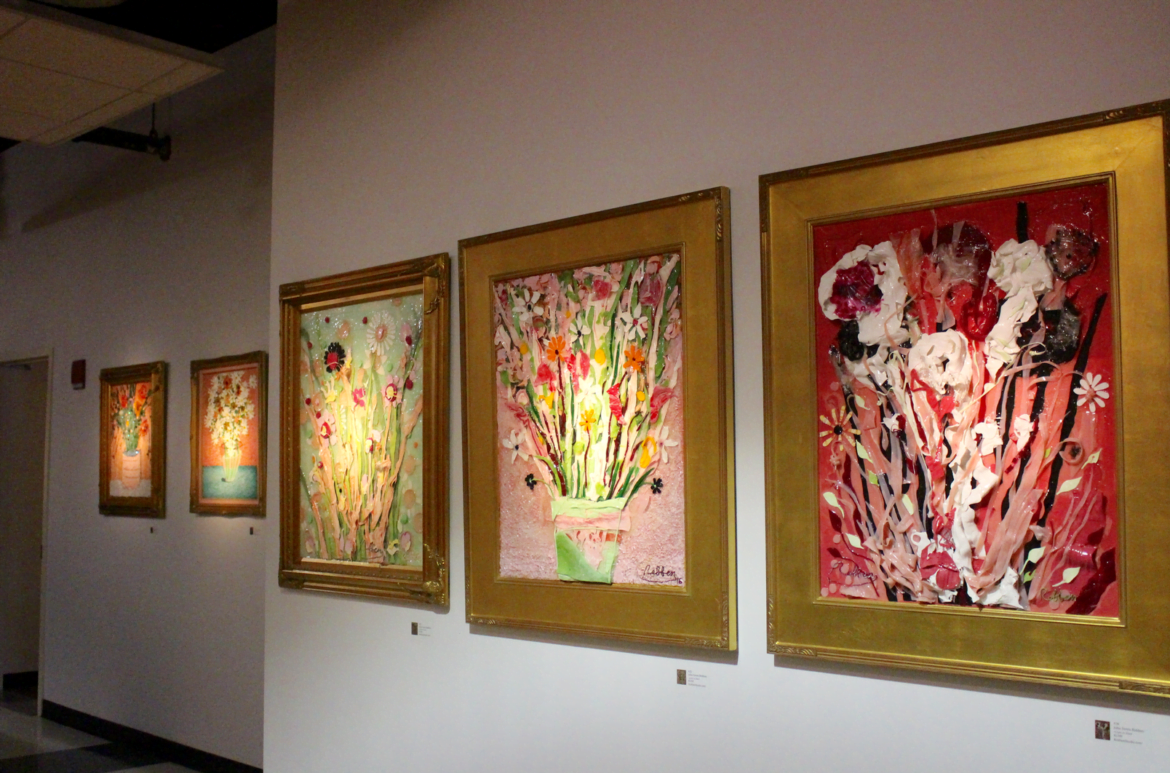 Paintings by John Ferris Robben on display at the YMCA of Greenwich. May 25, 2017, Photo: Leslie Yager 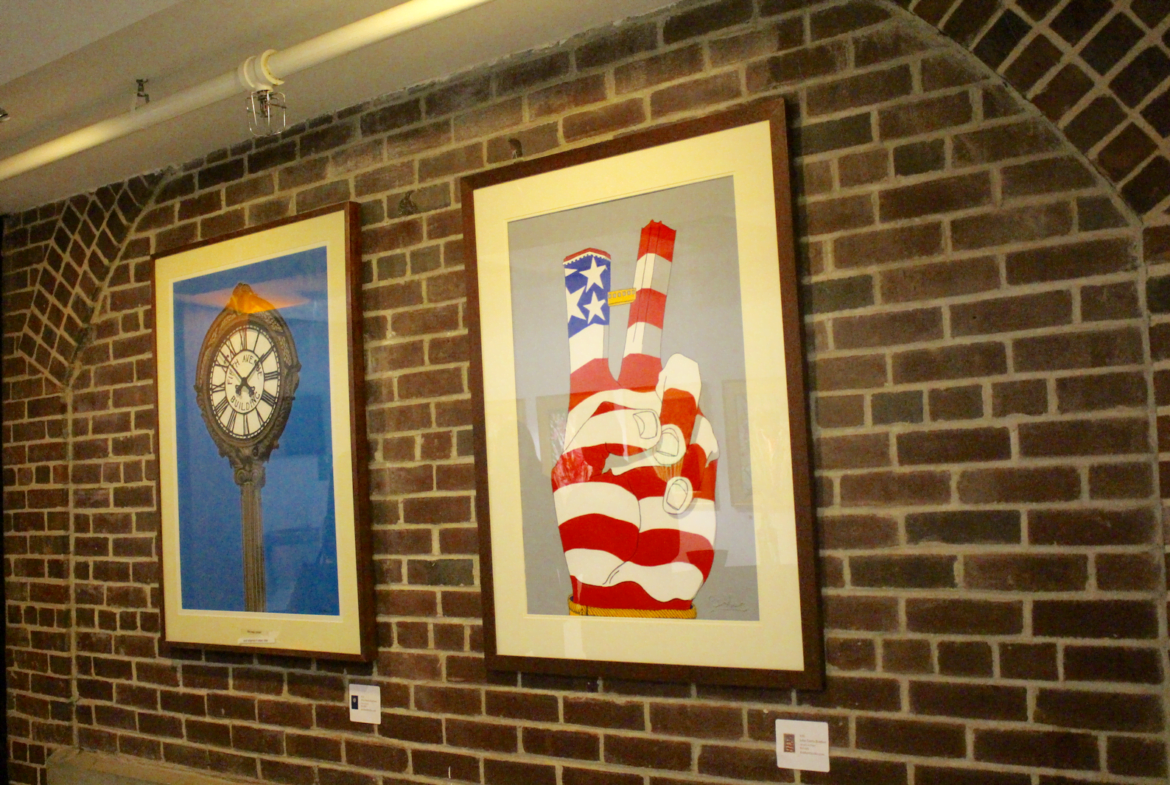 Artworks by John Ferris Robben on display at the YMCA of Greenwich. May 25, 2017, Photo: Leslie Yager 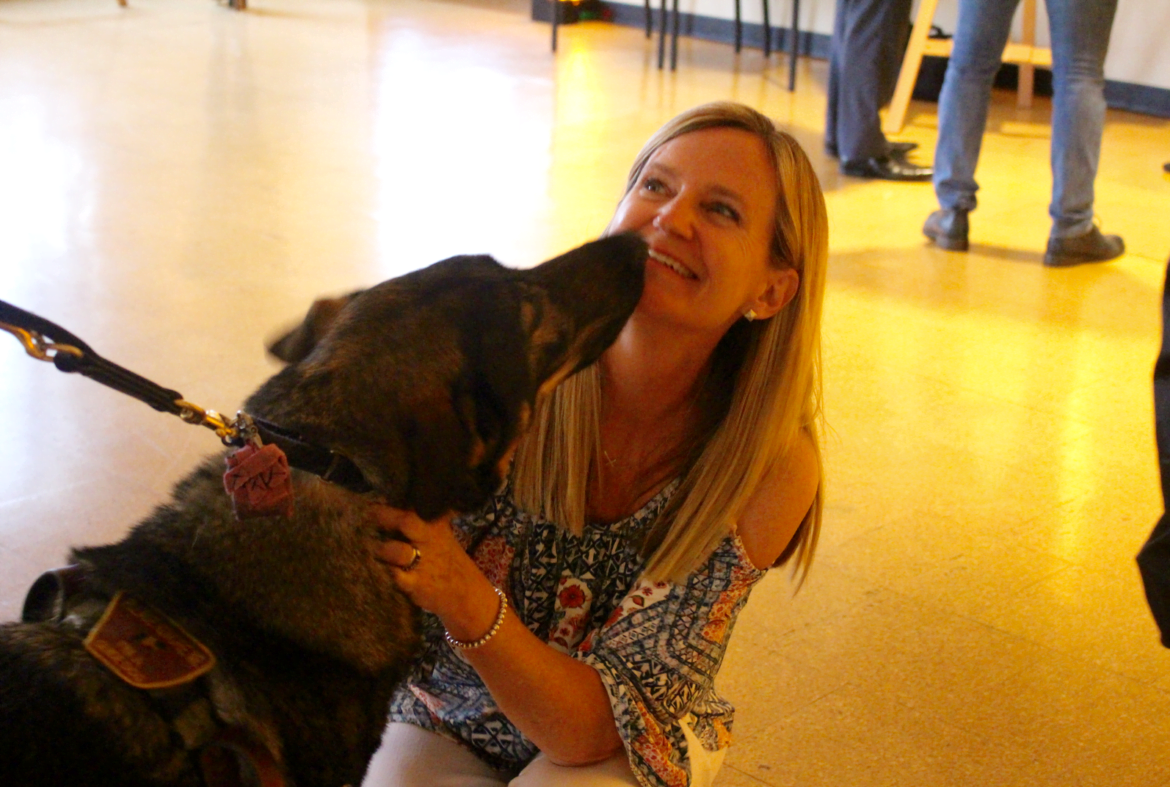 Patty Doyle asks permission from Alan Gunzberg to have a moment with his service dog. May 25, 2017. Photo: Leslie Yager 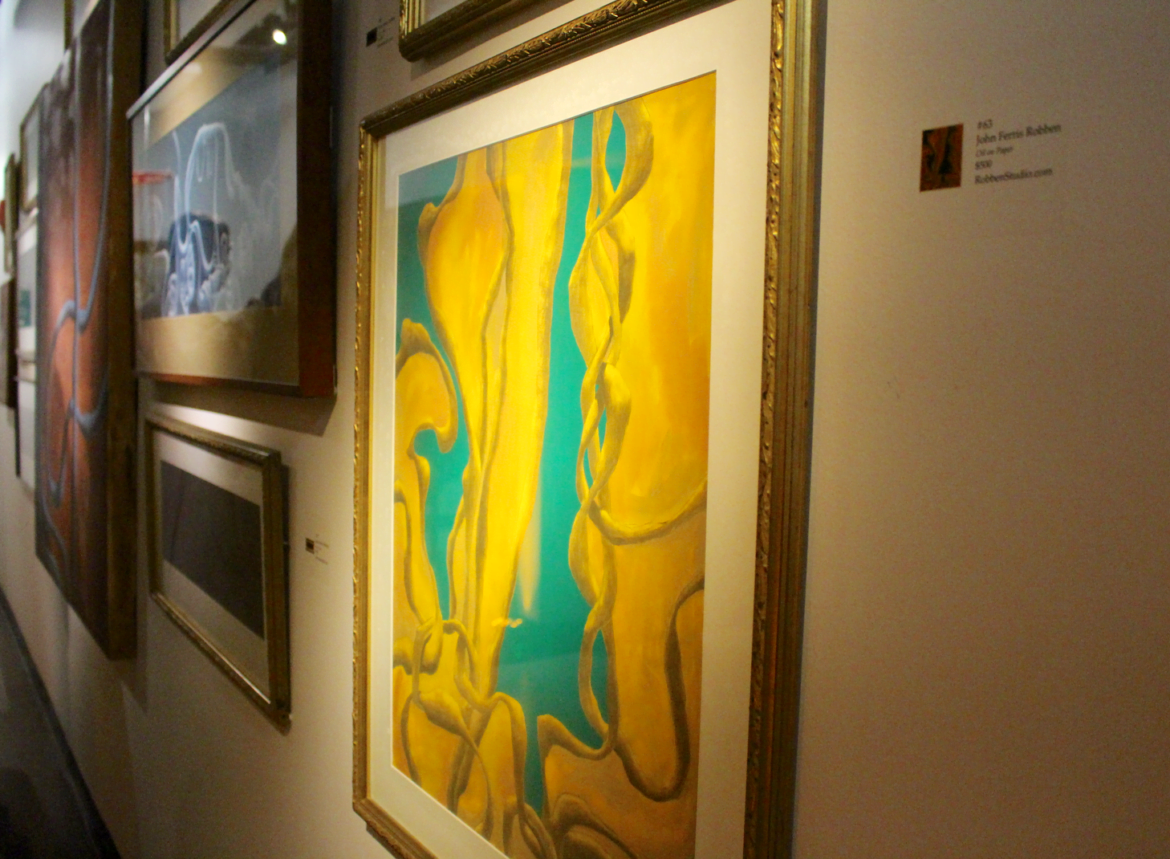 Artwork by John Ferris Robben is displayed throughout the YMA of Greenwich. Photo: Lelsie Yager