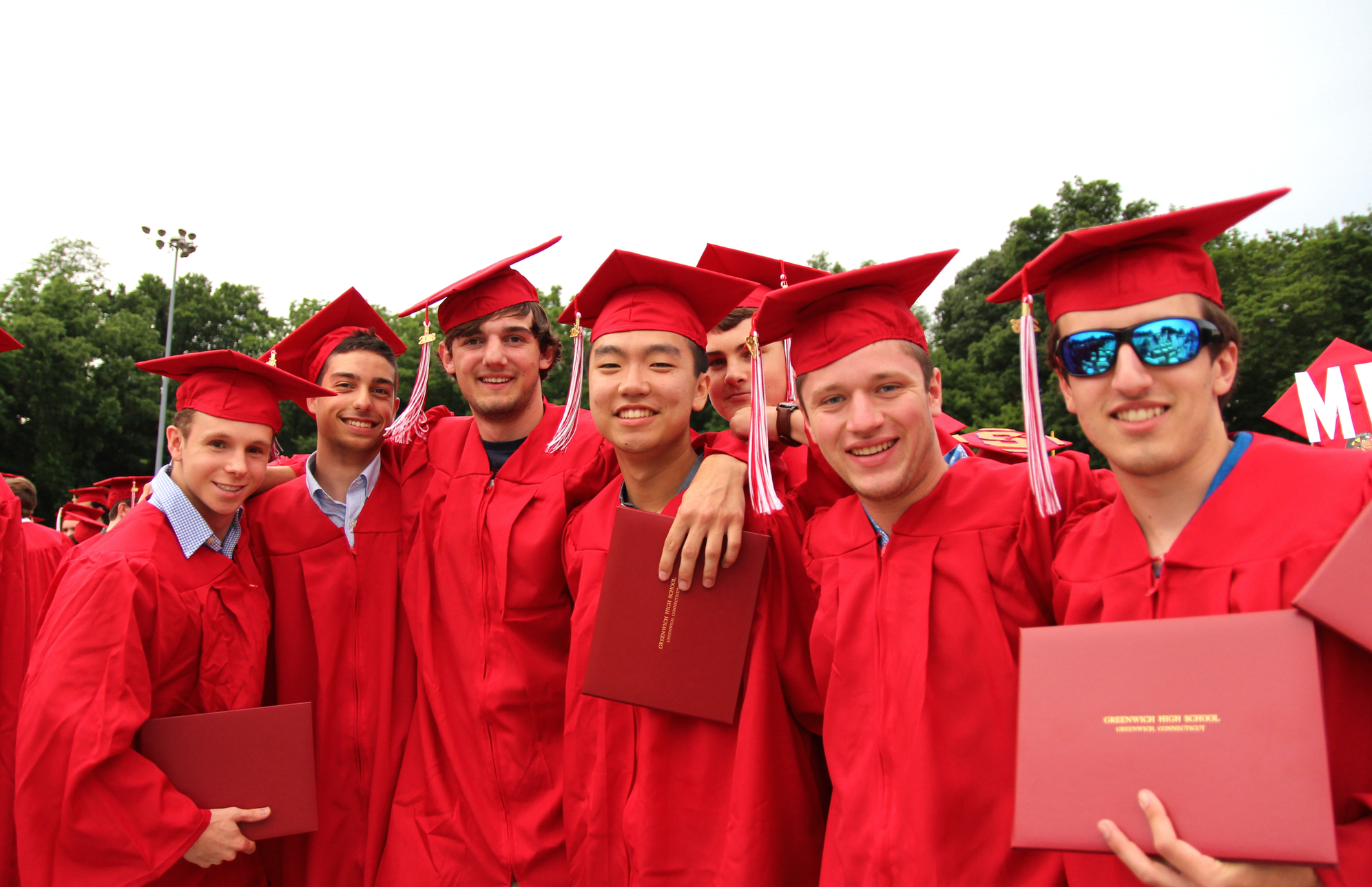 On Tuesday night Greenwich High School Headmaster Ralph Mayo presented two possible graduation scenarios to the Board of Education during a special meeting on Zoom.

Any decision about how to stage a graduation ceremony rests with the school administration.

The Board of Education is tasked with voting on the calendar, including setting graduation dates.

The BOE picked the dates for GHS graduation June 9 and 10, with rain dates of June 10 and June 11.

Graduation for 8th graders will be on June 11, and fifth graders on the 12th.

The last day for staff is June 12.

Originally the last day of school was to be June 23, but because no snow days were used and there was no April break, the date was moved up.

The state requires 180 school days, though the Governor waived that for schools that didn’t start distance learning early. Greenwich was one of the first districts in the state to be granted permission to move to distance learning.

In the past, when rain was in the forecast, it was possible to move GHS graduation indoors, but that is not a possibility due to the pandemic.

Mr. Mayo said the administration considered graduating one house at a time in Cardinal Field, keeping students 6 ft apart. In that scenario students would come up to the stage, receive a diploma and move back to their seat. Chairs and toilet facilities would be disinfected between each house’s ceremony.

“We hadn’t discussed whether we would make the students wear a mask,” he said.

“If we can put all those kids, plus two parents each, in the stadium together, that would be our preferred plan because everyone would like to graduate with a live audience,” Mayo said. “But I am doubtful that that will happen.”

“I’m very scared about doing anything live in the stadium with 150 students and their families,” Mr. Mayo continued, adding, “My daughter is a nurse at Greenwich Hospital and the stories she’s coming home with are scary and horrible, and I don’t think we want to put the community in that place. We’ll wait for the Governor to provide more advice.”

Mayo said running five graduation ceremonies, one per house, would require more than two days in order to include rain dates – with graduation set for the 9th and 10th, and rain dates on the 11th and 12th, and he was not sure that would be allowed. He noted that scenario would require four days of rentals for items including a stage.

Mr. Mayo said a second option was a drive-by graduation. In that scenario each student would arrive by car with their family, walk to a photo area in their cap and gown, receive a diploma and have their photo taken.

The drive-by scenario would be supplemented by a short online virtual ceremony featuring the school choir singing and remarks by Superintendent Dr. Toni Jones, Headmaster Mayo, BOE Chairman Peter Bernstein and a student.

“This might be the safest way to conduct a ceremony at this time,” Mayo said.

“The administration will finalize a plan with whatever guidance the Governor puts out,” Mr. Bernstein said. “We don’t have a lot of control until the state gives us the parameters.”

Peter Sherr asked if parents had been consulted.

“I’m surprised the PTA didn’t do Survey Monkey to find out what’s on people’s minds. In the meantime, I think lots of people in Greenwich don’t care what Hartford thinks other than we have to comply. We’ve always made decisions down here based on the community.”

“These kids are going to miss out on one of the most beautiful ceremonies in their life. But it’s not worth putting it off to July or August,” Mr. Mayo said. “It’s not going to happen. We’ll be in the same situation we are now.”

“Did you take into consideration doing this next year?” Mr. Sherr asked.

“No, but none of that it off the table,” Mr. Mayo replied. “When things become safe to bring large groups together, we can do anything we want. We just need the liability insurance to bring students back who already graduated from the high school.”

“I’m so sorry for the kids and their families,” said Kathleen Stowe. “I love that you found two scenarios that are on the campus – on their home base.”

“I echo the thanks,” Mr. Bernstein said. “You’re basically building options, and we’ll see what the Governor allows us as a possibility.”

The board voted unanimously to approve the calendar.

The next regular BOE meeting is on Thursday, May 21 at 7:00pm, and will be held virtually on Zoom.