At Thursday night’s Board of Education meeting, GHS student government leader Greg Goldstein voiced reactions of the student body to the mass shooting in Parkland, Florida.

He said that last Wednesday, Valentine’s Day, he received a news alert on his phone that there was an active shooter at Marjory Stoneman Douglas High School where his cousin was in the freshman building.

“Students in Greenwich are done,” he said. “Every student in our nation is done. If our government doesn’t hear our voices already, we are going to make them heard.”

Goldstein said he’d spoken to hundreds of Greenwich students and said they want change and that student government reached out to local groups including March On and State Rep Fred Camillo, and are planning an event on March 14 as part of the National High School Walk Out.

“A student must be able to sit in a classroom and indulge in amazing topics without fearing for their life,” he continued. “If our government is going to sit back and let this happen, students from Greenwich and nationwide know that we must stand up and stop this.”

Alissa Landberg, senior class president, said that while some in the GHS community are interpreting the National High School Walkout on March 14 as “political,” that is not the case.

She said the plan is to have GHS get involved in encouraging students, teachers and administrators to walk out for 17 minutes – a minute for every victim killed in Parkland.

Landberg said the Walkout will feature speeches, a moment of silence and a call-for-action. 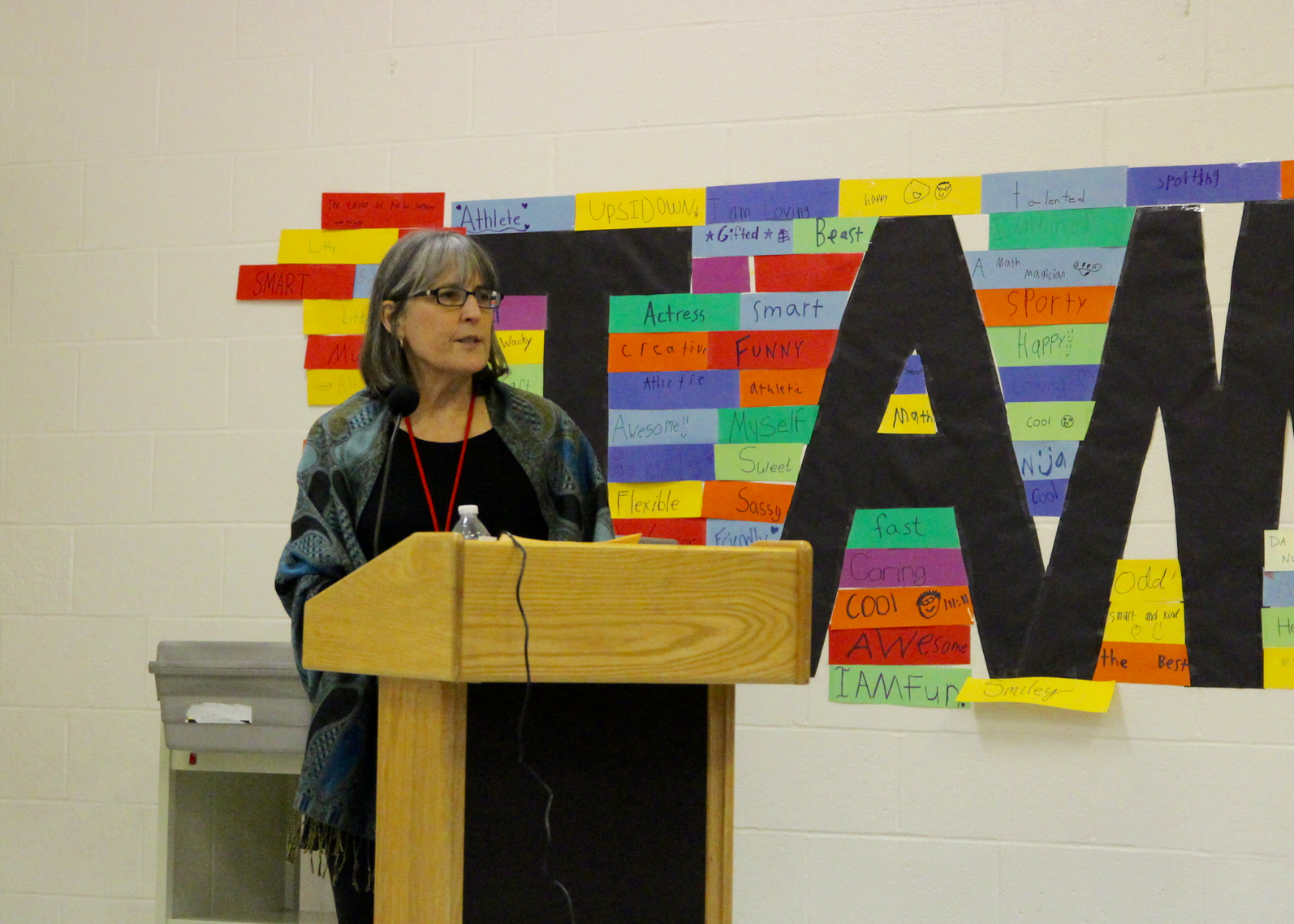 “It was a rough vacation for many teachers,” she said. “As we absorbed the news of Parkland. Seeing ourselves and our children in the victims and survivors, and wondering what made the perpetrator snap, questions swirled. What if? How far would I go to protect my students? Are my students and I safe in our place of work? Do I really know my students? Am I missing anything? Is there anything we can do to make a measurable difference in terms of safety? Why does it take a tragedy to bring this into focus?”

Sutton said the teachers union created a survey with two questions. Teachers were asked how confident there are in the lock down procedures at their respective schools.

They were also asked how confident they were in the safety and security of their respective buildings.

The GEA will sort and present the responses, which after just 2 days is already 60%.

“Let’s support our students who are having their Vietnam, their 911 – whatever you want to call it. We had our wake up. It is their time for action. We need to be supportive of our children.” – GEA President Carol Sutton

Sutton quoted one teacher who praised the diligence of the administration and Greenwich Police, but said that the teachers want more. “We are woefully unprepared for a situation like Parkland,” the teacher said. “We need more information, more training and more tools to protect ourselves and our students.”

Ms. Sutton said many teachers told her they know safety and security are expensive, and that they’re pessimistic the district will pay for upgrades even though millions of dollars were spent on MISA and millions are being considered for field upgrades.

Sutton said that beyond security of buildings and grounds, teachers want to do more to address the needs of all of Greenwich’s students, especially at-risk students, whose issues need to be addressed as early as possible.

“Everyone always says, ‘Who was this person? And what did we miss?'” Sutton said.

Sutton praised the district’s emphasis on social-emotional learning, but said students are exhibiting more extreme behaviors than ever before, often the result of poverty and family dysfunction which, she said knows no socio-economic boundaries.

“Head count be damned. We need more professionals to pursue solutions with these students and their families. I’ve had it with head count,” she said. “We need it as soon as the warning signs appear.”

Sutton said the ratio of GHS students to certified staff with mental health training is about 80 to 1.  At the middle school level, she said the ratio is about 135 to 1. At the elementary level she said there is just one psychologist per building and one social worker for 11 schools, plus a second one who is paid for with a grant.

“Let’s not leave this wake up call unheeded,” Sutton implored the BOE. “We need to create a safe workplace for our students and teachers.”