Members of the club, along with new recruits, voiced their opinions on the impact of the club, diversity issues, and plans for next year’s recruitment. 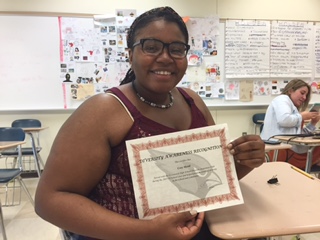 “It’s been a really good year, we’ve accomplished a lot. Compared to my freshmen year, diversity club has improved a lot,” said Cory Myrtil, the co-president of the club. “Without the help of Mr. Charles, I would not be going to American University.”

Cory continued, adding she was proud of everyone’s level of maturity. “Just being in this club will open many doors in college,” she said.

“Mr. Charles introduced me into this club at the end of my freshmen year,” said Felipe, a club sophomore. “I wouldn’t have addressed the lack of diversity without this club.” 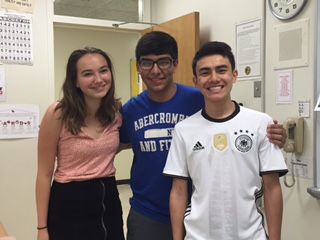 At the party, awards were handed out to the members to recognize their contributions to the club.

Felipe Sanches, Willa Doss, and Matthew Marsh were announced as the new officers for the club.

Mr. Charles, advisor to the club, wants to involve more college students and schools next year.

Willa and Cory both agreed that the club should involve more interactive aspects to encourage students to join. 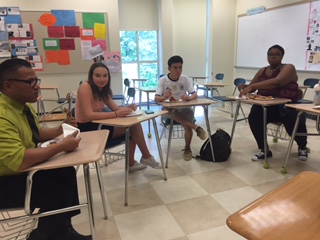 “It’s important for students to be aware of diversity issues within their school, but it’s most important for them to know that they too can help,” Cory said, adding, “Diversity is not just race; it’s about religion, culture, and gender.”