A giant crane can be spotted from just about any spot on the Greenwich High School campus.

A steel framework for the auditorium galleria, storage areas, “green room,” dressing rooms and bathrooms are up. In the next phase, steel will take shape over the performance hall.

Rendering above reflects a view of the new Auditorium from the West parking lot. Science building is on the left and gym is on the right. -Greenwich Public Schools website

It’s always amazing how 2,700+ students have classes, theater productions, sports practices and games and other activities in the midst of the giant project, and how overall both staff and students alike take the inconvenience in their stride. 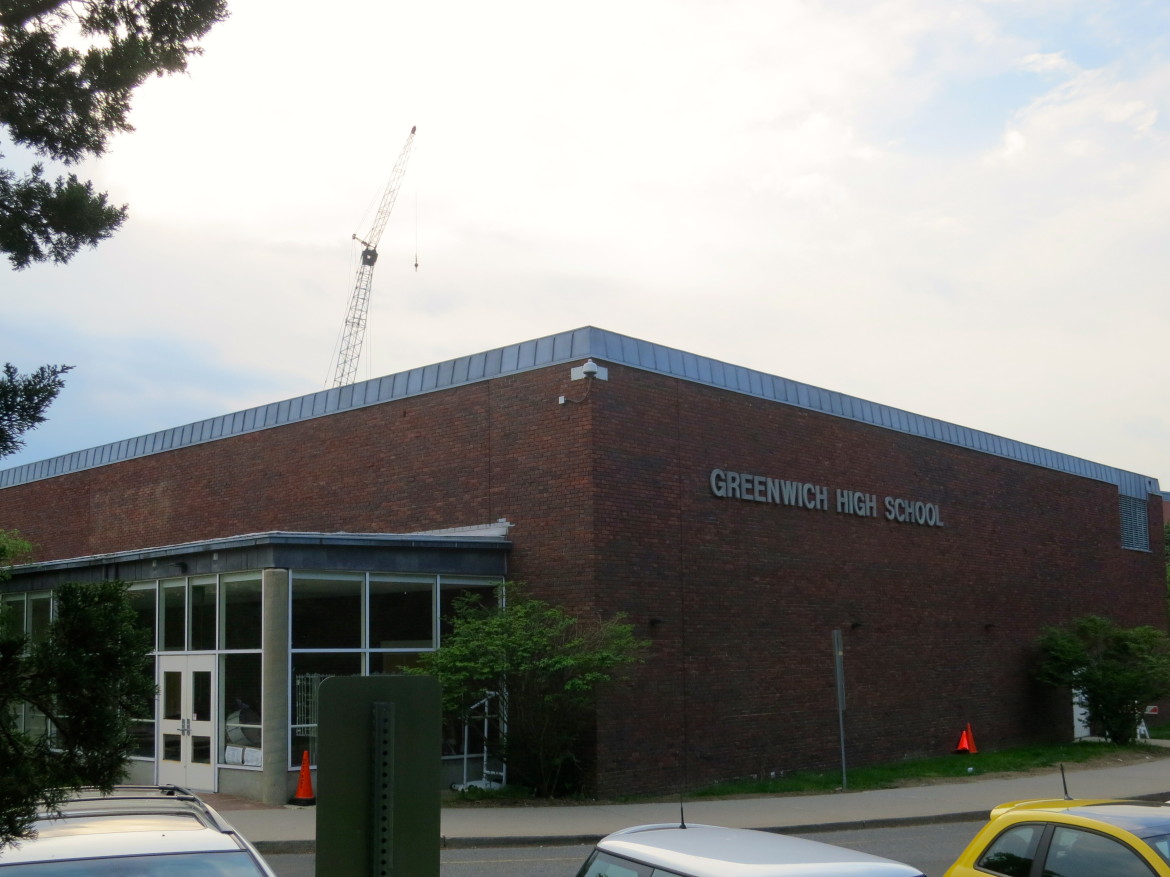 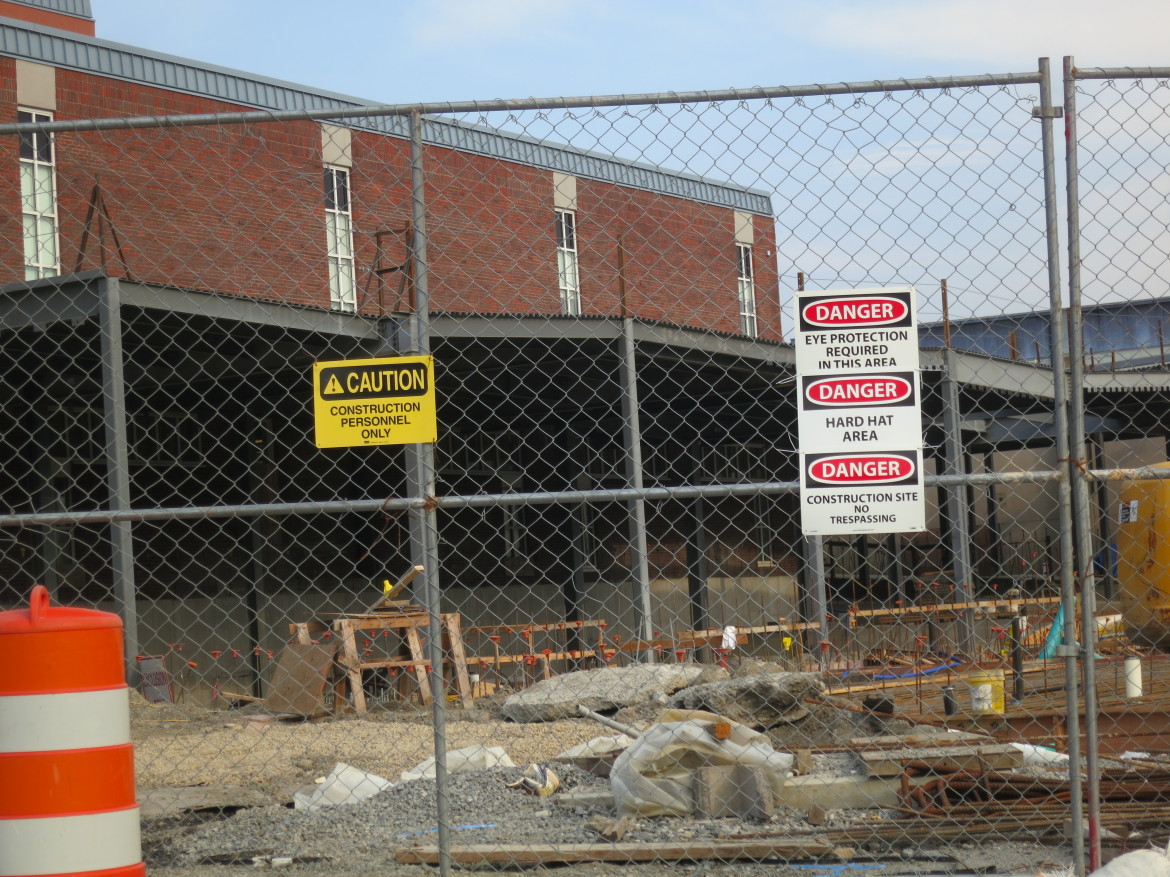 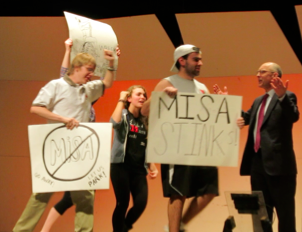 Back in March, when the GHS Class of ’14 performed the traditional SRO show, students used humor to vent their frustrations with inconvenience and dirt.

“MISA stinks,” was the skit refrain, and the “MISA monster” made his debut, sprinkling dirt as he grumbled his way across the stage shouting, “I’m hungry!”

None other than “Ron Burgundy” of anchorman made his SRO debut, declaring, “These past four years have been a mess.” 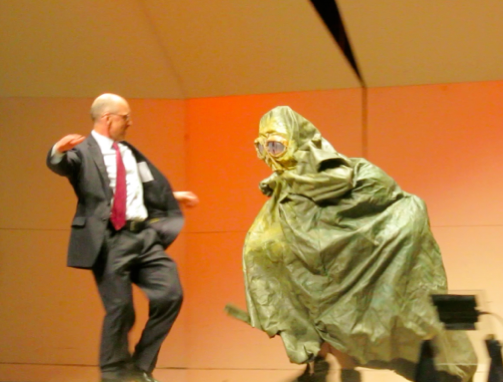 At SRO in March, the “MISA Monster” crashed the party, declaring, “I’m Hungry!” as he attacked Headmaster Winters on stage and then vanishing in a puff of dirt. Credit: Leslie Yager

“They have been terrible! Problems are literally rising out of the ground. You have toxins in the parking lot. You got MISA. Every year there is another CAPT-tastrophe,” Burgundy complained, dubbing the past four years a series of unfortunate events.

Back in February, with piles of dirt were frozen solid and dusted with snow as the first phase of steel framework began to take shape. 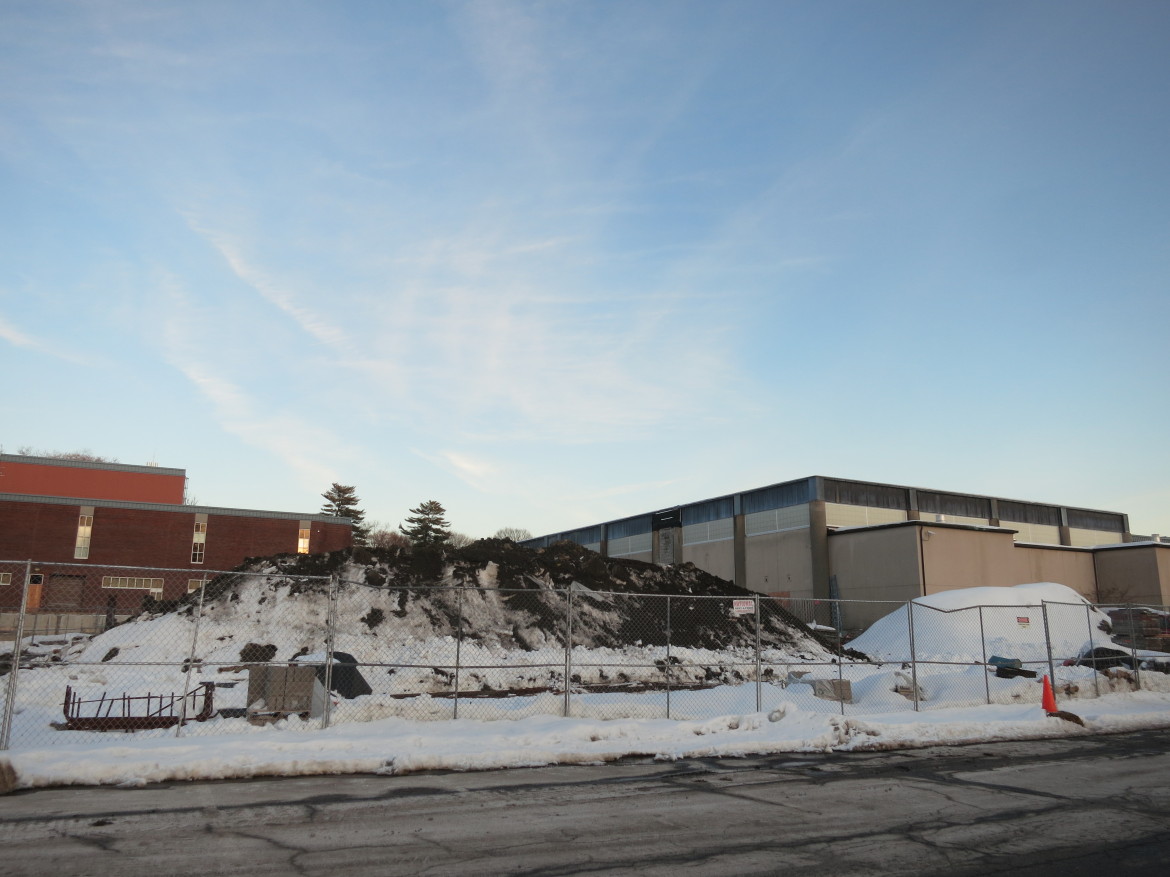 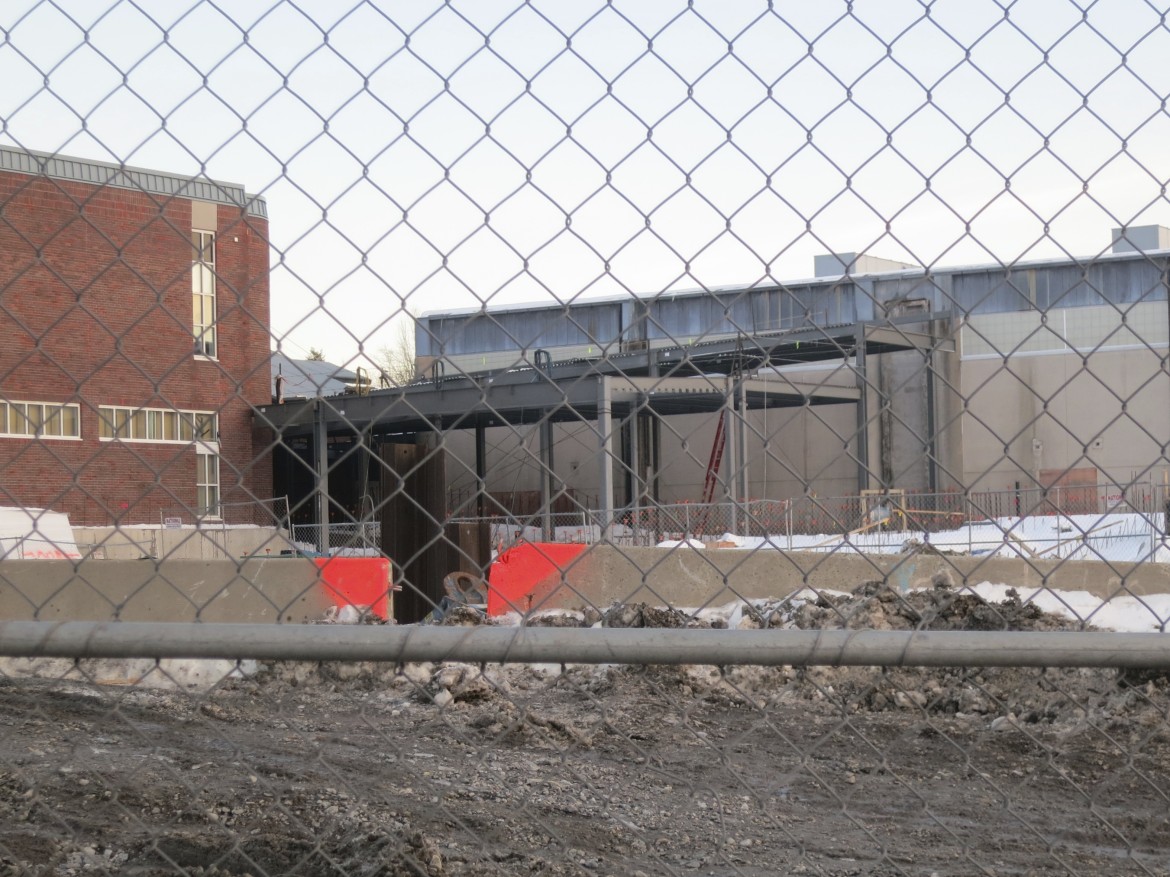 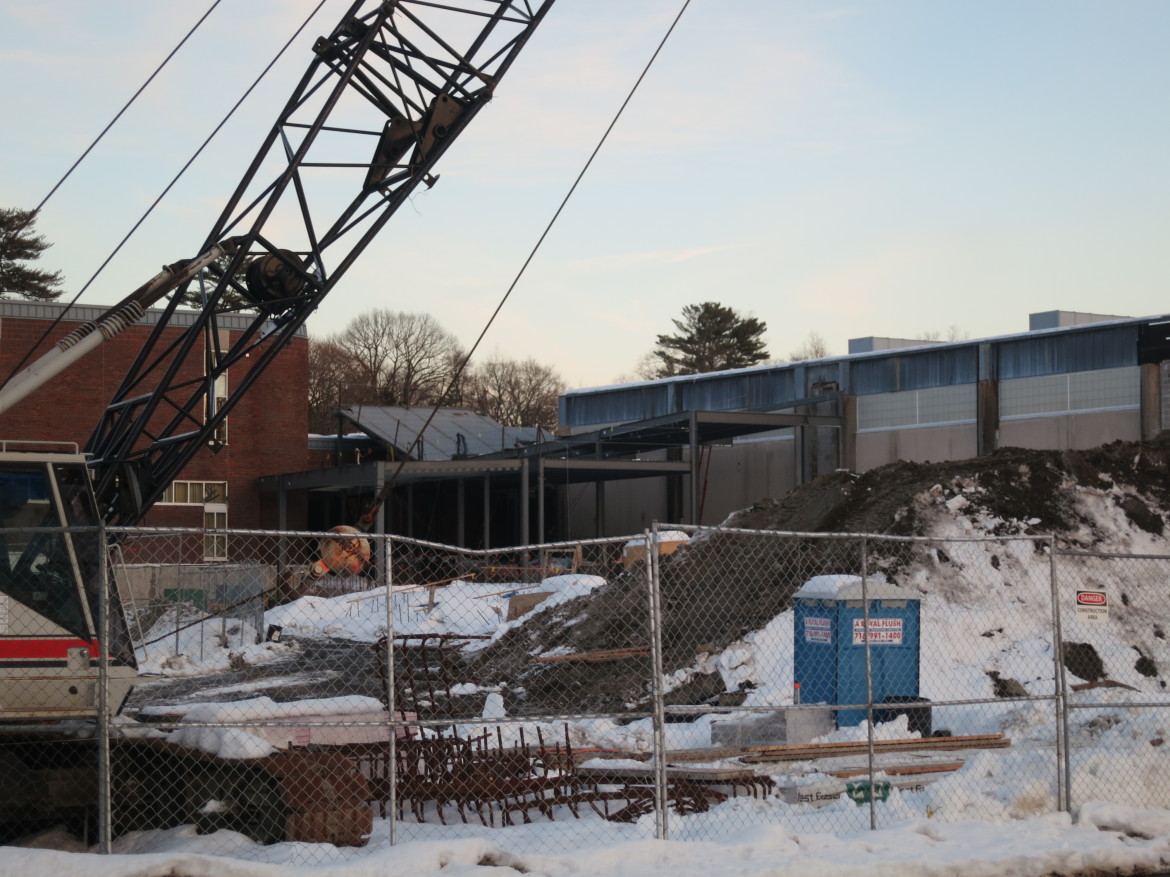