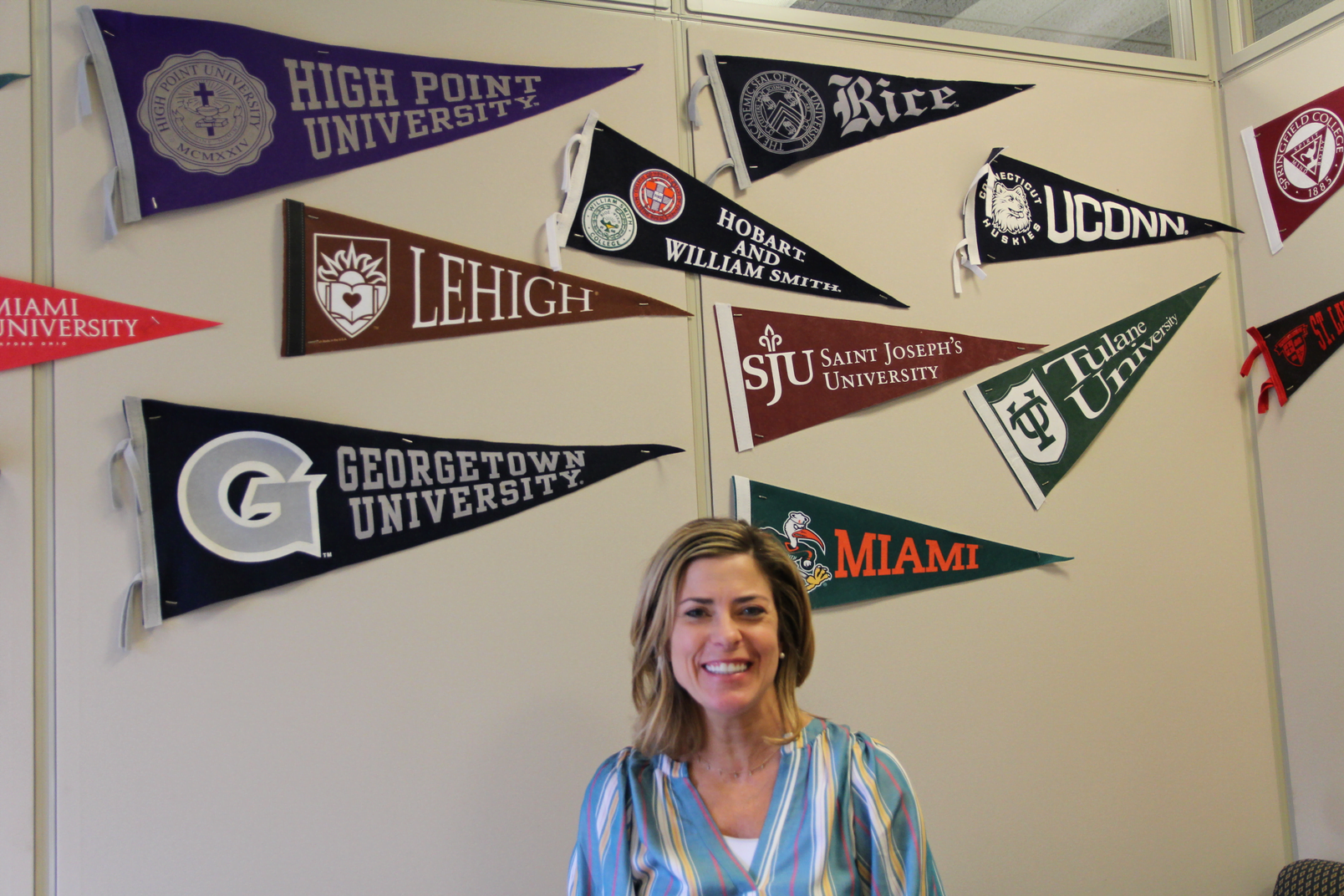 Alison Lochridge has been part of the Greenwich High School guidance department since 2003. These days, as a college and career counselor, she not only helps students with resume writing, mock interviews and college lists, but she also oversees the GHS Senior Options internship program, now in its 22nd year.

In 1997, the year the internship program started, 23 seniors were placed in internships.

This spring about 600 seniors will participate, which Lochridge said is the highest number of students participating to date.

The way the program works is during the last five weeks of school, seniors are excused from class. Working six hours a day. The teens have a chance to explore areas not typically covered in their curriculum.

Lochridge said for many students the internship is their first work experience after having been busy with classes, homework, athletics and school activities.

Students have to be qualified, including having a minimum GPA, and both a satisfactory attendance and disciplinary record.

Some of the internships are “self-designed,” meaning the students find an opportunity on their own rather than selecting one from the list at the high school.

The other option is for seniors to do a project. This year Lochridge said about 150 students will do projects.

“We are pretty strict about the project proposals,” she said. “They’re due much earlier in the school year – around December.”

Otherwise the students register for the internship program and browse the offerings in January.

On April 24 internship assignments are confirmed to students.

“We have a range of internships, but our most popular sites are in the health care industry,” Lochridge said adding that Greenwich Hospital and the Hospital for Special Surgery in Stamford are popular sites.

Also some students take the train to Yale New Haven Hospital. Another health related internship is at ONS in Greenwich, but there are also smaller Orthopedics practices that sponsor interns.

“The Hospital for Special Surgery in Stamford took an AVID student two years ago and the student had such an amazing experience and was exposed to a variety of aspects in health care and is now pursuing health care in college,” Lochridge said, adding, “Now they take our kids every spring and even ask if we have anybody for summer.”

A number of restaurants and country clubs take interns.

Internships in the financial services industry are also popular.

Though most interns work at local sites, some commute to New York City, and they get discounted student passes at Metro-North.

“We also have a lot of non profits, like Abilis, United Way, and the Greenwich Film Festival that take interns,” she continued.

Lochridge said it’s always nice when GHS alumni take on interns. For example, she said, fashion designer Katie Fong has taken interns for the past five years. “It’s always our most sought after position for somebody interested in fashion.”

“A lot of small businesses want social media help,” she said adding that sometimes a business or non-profit will need help to set up and maintain an Instagram or website. “And a lot of those positions have led to jobs, by the hour.”

Lochridge said some internships are more like apprenticeships, including ones at Greenwich Electric and auto mechanic sites.

Some of the seniors who might not be going to college can get exposure to very specific careers.

All the senior interns are assigned a faculty mentor from GHS to oversee their experience and work with the student and the site to make sure everything is going smoothly.

Lochridge said she warns students to expect that their host sites will do their due diligence, including checking their social media.

“That’s what I like about the program – It helps students make that transition to further independence, whether it’s college or in the workforce,” Lochridge said. “It comes at the right time, right before graduation to help with their decision making skills and punctuality. They’re learning about expectations and improving their communication skills.”

“The students do the rating of the site from 1 to 5,” Lochridge said. “So do the faculty mentors. And they’ll put little stories in there.”

This spring the program will run from Monday, May 20 through Friday June 21. Greenwich Free Press will again take on 8 interns. Watch this space for their stories!