On Wednesday Greenwich High School Athletic Director Gus Lindine congratulated 15 exceptional athletes for their great commitments both to their sports and academics.

“I know all the work that went into this day,” said GHS Headmaster Ralph Mayo. “I know it because I coached here for many years and also had a Division 1 athlete,” he continued, adding, “I am so proud of these young men and women. They’re going to represent Greenwich High School wherever they go. ” 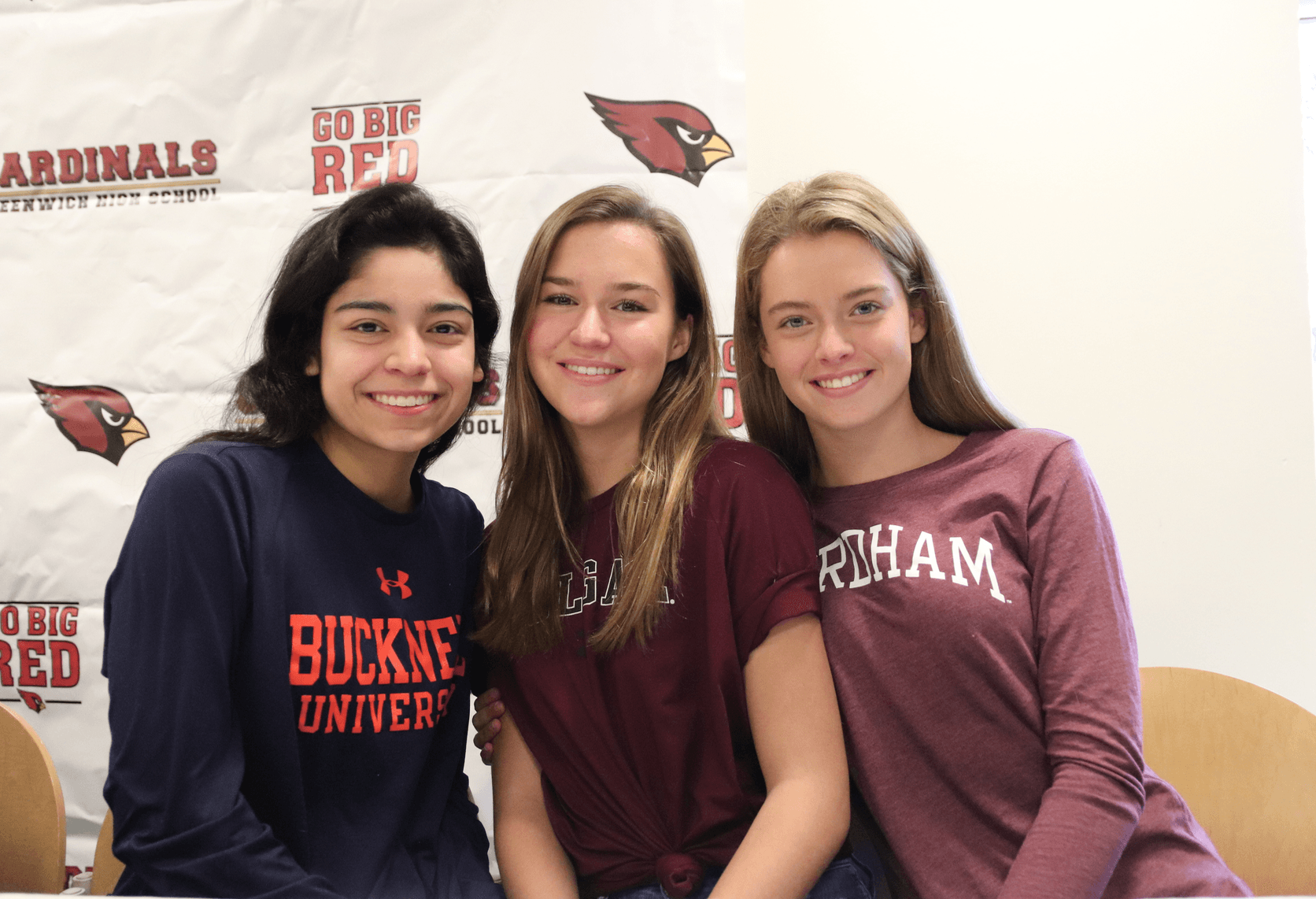 Sisters Saylor and Casey Kirsch who are headed to Fordham and Colgate respectively said being 4-1/2 hours apart will take some getting used to next year and they will be in different conferences.

Their fellow senior diver, Reggie Frias, who is headed to Bucknell in Pennsylvania they said all three will be included at Bucknell’s invitationals next winter.

“We’ve all known each other since we were 8,” Saylor said. “We met when we were little at Roxbury (Swim & Tennis Club) in Stamford.

Mr. Lindine praised the athletes for the sportsmanship and hard work, before introducing each of them.

The 15 athletes who signed letters on Wednesday were: 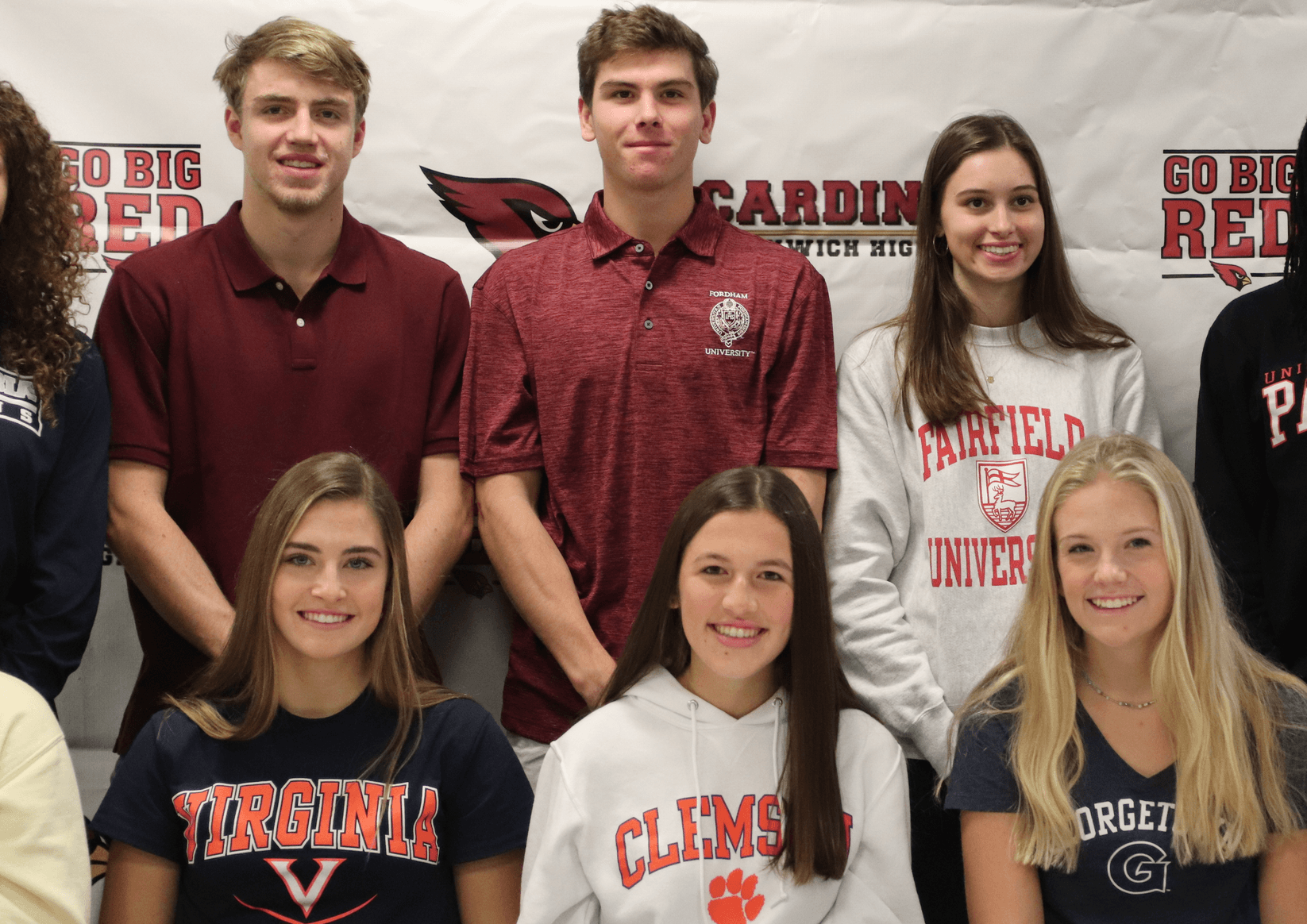