On Thursday Greenwich Police Sergeant Mark Zuccerella received the coveted Dr. John A. Clarke Award in a ceremony held at the Hyatt Regency in Old Greenwich. The award is presented to a member of the Greenwich Police Department.

“Sgt Zuccerella is a Greenwich native with deep roots in Greenwich and is very committed to making his hometown a great place to live and raise a family,” said Lt. Kraig Gray after the ceremony, adding, “Mark really deserves this honor.”

The Greenwich Lions Club, chartered in 1923, is an active organization whose members are dedicated to serving the needs of the Greenwich community and beyond. The club’s first president, Dr. John A. Clarke, was the medical advisor to the Town of Greenwich Police Dept from 1923 until his death in 1944.

The recipient is chosen each year by the Police Department Chief, to recognize his or her outstanding performance in the line of duty.

Lt. Gray said, “There are a lot of ways we recognize our officers’ good work each month,” he said referring to the officer of the month award. “A lot of important investigative and community outreach events that officers are recognized, but the Clarke award from the Lions Club is the most prestigious award given to a Greenwich Police officer. The award, presented in the memory of Dr. Clarke has been presented annually for 70 years.  Last year the award went to Detective Mark Solomon.

Since 2009 Sgt Zuccerella joined the force in 1999 and has overseen the Special Victims section, which consists of a Detective Sergeant, five Detectives, and the School Resource Officer. The section focuses on the victims. Members assigned to this section investigate crimes committed by and against children, child and adult sexual abuse, crimes against the elderly, crimes committed against individuals with special needs, runaway, and missing persons.

Last summer Zuccerella was interviewed by GFP intern Katherine Du about the consequences of getting caught with a fake ID. Katherine learned too that Zuccerella frequently attends PTA talks and other town forums discussing risky teen behaviors, and that he also a co-chair of the Greenwich Juvenile Review Board (JRB), a crime prevention program providing first time juvenile offenders an alternative to juvenile court. 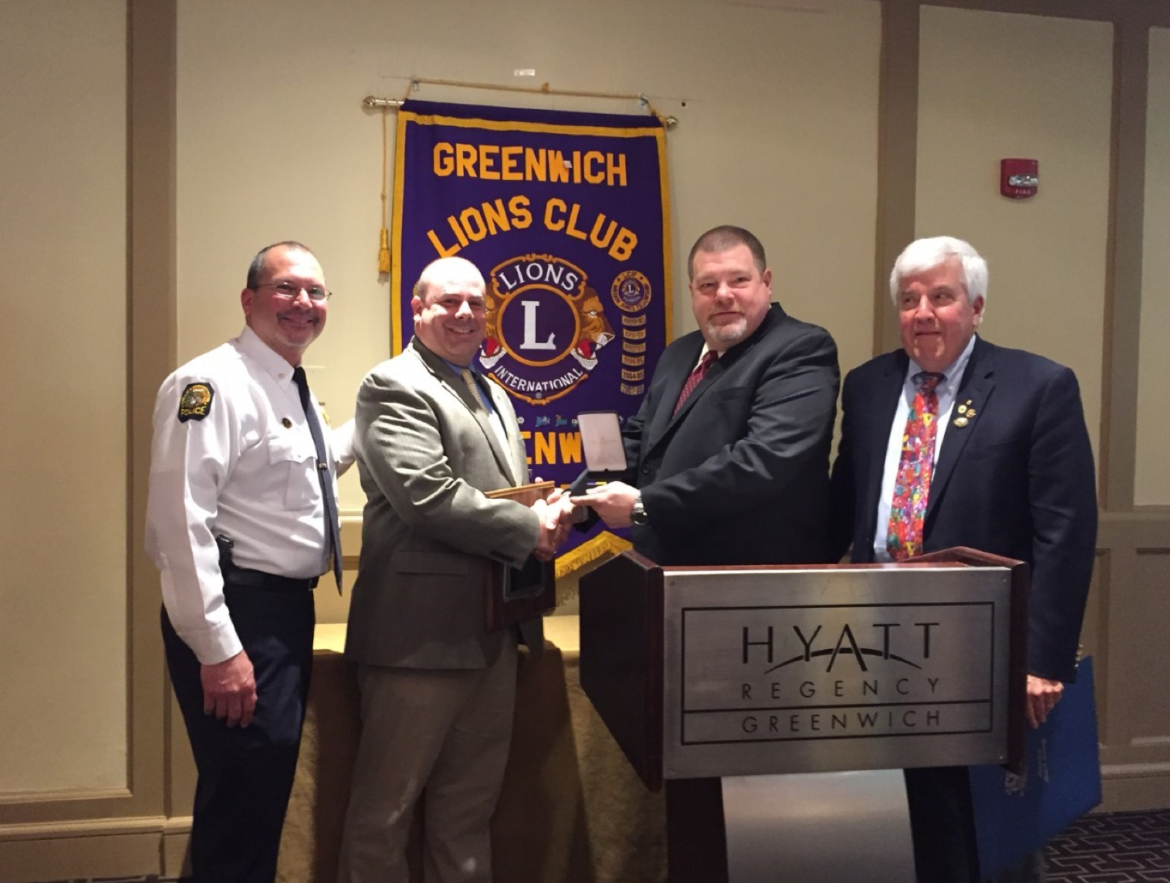