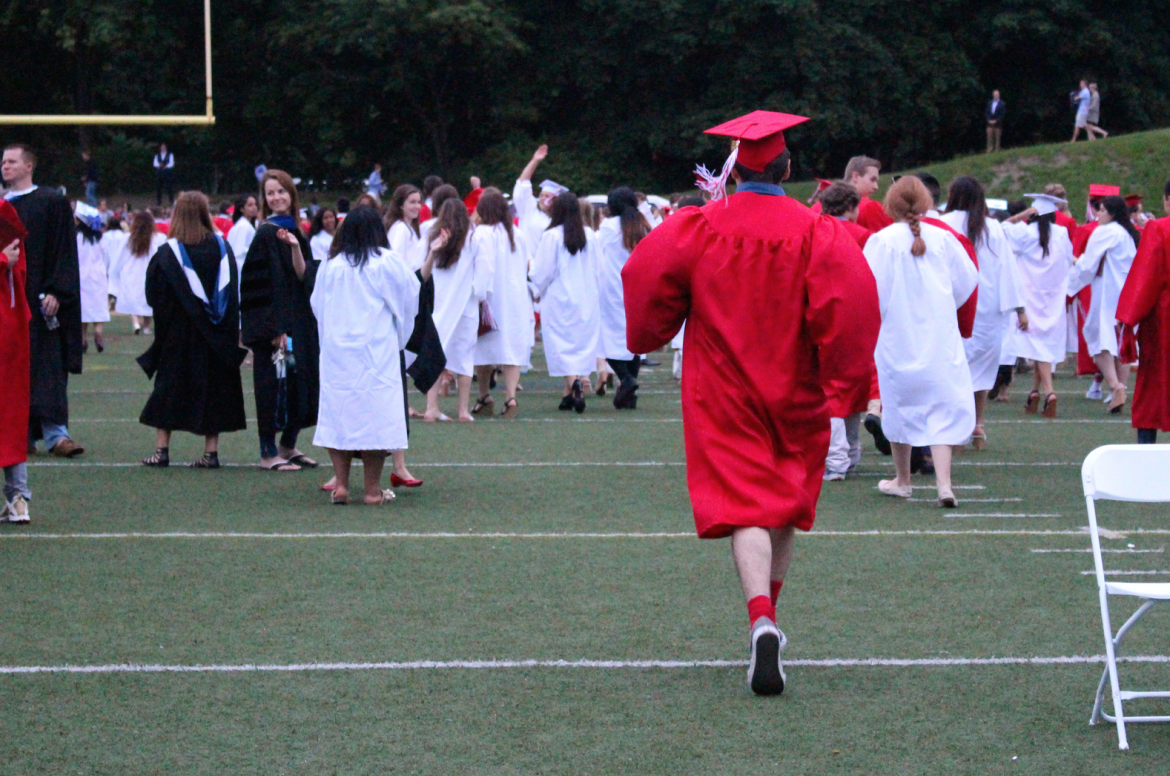 If you know a student at Greenwich High School, chances are you are already familiar with the stress associated with looming college applications.

“I’ve been here for over twenty years and I’ve seen more mental illnesses, I’ve seen more kids not being able to come to school for whatever reason, not being able to cope, being very fragile… I think the numbers have increased as our pressure as a community has increased,” said Kathy Steiner, a health teacher at GHS. She expressed concern that students as young as freshmen are becoming preoccupied with the prospect of “looking good” on college applications. 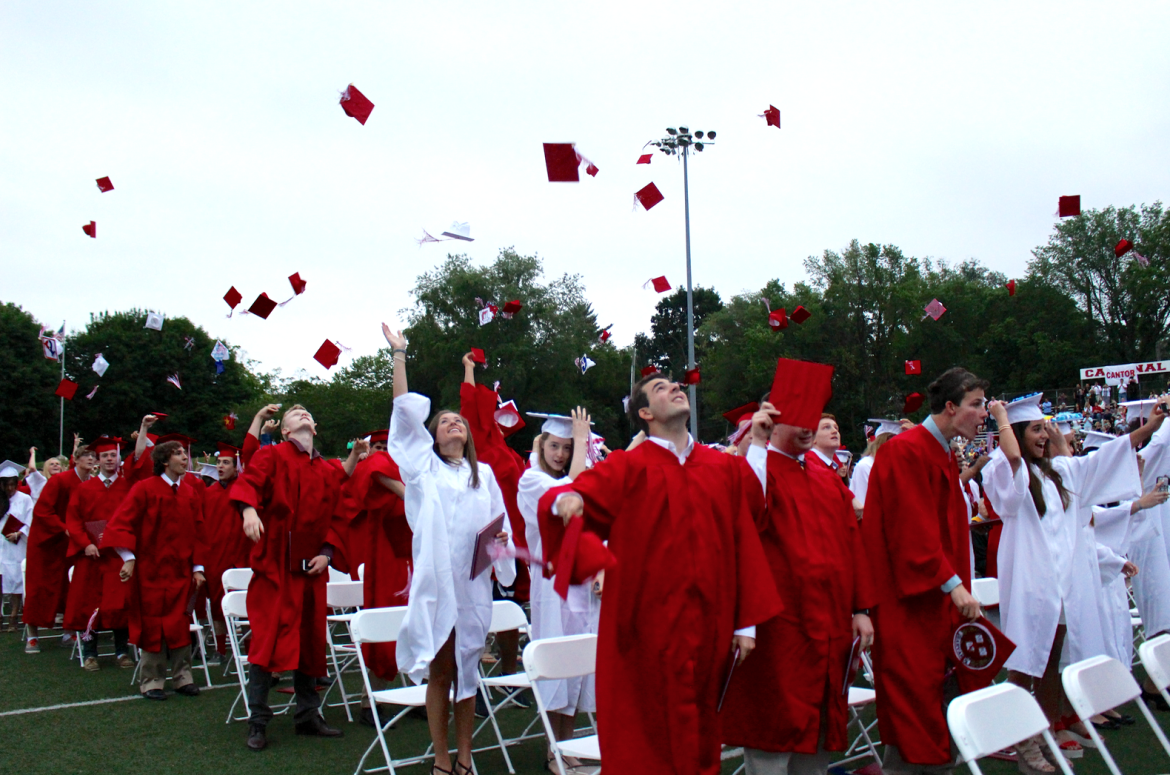 Over-Activitied, Under Rested, College Admissions Frenzied
Often students and parents alike get the impression from buzzing college talk that high schoolers need inordinate amounts of extra-curriculars and AP classes to even have some semblance of success.

A group of seniors described feeling an atmosphere of constant competition of who could take the toughest classes, the most clubs and sports, the best grades.

For many, it frames the question: “Do I measure up?”

“Talking about it amplifies everything,” said one high school senior.

“Everyone’s comparing which schools they’re applying for and I’m like ‘Oh my God, there’s no way I’m getting into that college.” She explained that especially when students find out that others are applying to the same school, it can build a really tense environment.

Recalling senior year of high school, Santiago MacClean, a GHS graduate noted,  “In high school, it’s a lot more competitive because in order to get into a good college you feel like you can’t just do well, you have to do better than other people who could potentially take your spot.” As another GHS graduate recalled, “In high school, I felt a lot more trapped…during the college process, your friends are going through it, your parents, you’re at home dealing with it, you go to school and it’s all around you.”

Parental Pressure
Parental pressure plays a large role in amplifying the pressure to succeed, according to the stories that teachers like Ms. Gillick and Ms. Steiner hear on a daily basis. “I was talking to a senior the other day and she was telling me how much pressure she was getting from her parents to achieve,” said Kim Gillick. “She had already taken the ACTs and she had done very well on it, but her mother’s making her take it again… She has all A’s, her test scores are good, but it just wasn’t good enough for her parents.”

As Ms. Steiner explained, though parents primarily do want the best for their children, some may go about monitoring their children in an aggressive manner without realizing the additional strain they put on them.

Growing up in the digital age doesn’t help this problem. Unlike decades past, parents are now able to monitor and track their child’s GPA as soon as a test or assignment is graded on websites like Aspen, which allows parents and students alike to see grades as soon as they are entered by a teacher. One girl shared that she’d received a, “Why didn’t you do better on your test” text from her mother before she’d even found out the score for herself.

Some Stress is Healthy, but…
It is not to say that all degrees of stress are necessarily bad, the health teachers explained. A certain degree of “eustress” or internal motivation does help push students to succeed academically. The amount of distress that GHS and the community of Greenwich fosters however, can serve to lower GPAs rather than raise them.

Even very bright students find it hard to find time to balance schoolwork.

When asked how she managed the stress of dealing with various classes, one anonymous senior replied, “I’m not healthy about it at all, I just internalize it and just get increasingly stressed and behind…Like I got a D one quarter in an AP class and then got a 5 on the exam,” she said. “It wasn’t that I was bad at the class, it was just that I didn’t hand in anything for the entire quarter because I got behind on one assignment. It just built up and I didn’t have time.”

Her situation is certainly not an isolated one. As attentive as students may be, there is often a point where it’s just too much to juggle.

Sleep Deprivation
When asked whether they felt any sleep deprivation, every student interviewed replied with a resounding “yes,” without exception.

“I missed two classes today because I slept in and couldn’t wake up,” said Nova, a senior.

“Around midterms, I might get four or five hours of sleep a night,” said another student. Often, according especially to juniors and seniors, this occurs because they are so overwhelmed after classes and sports that when they come home to do homework at 6 or 7pm after being “on” all day, they reach a point of paralysis when they face hours of homework a night. “If I get too stressed I like physically can’t do work,” said one student. “I end up procrastinating and then it’s 2:00 am and I’m pulling an all-nighter.”

When they do find free time, students have healthy and unhealthy ways of dealing with the strain they face on a typical school day. Molly, a high school senior, explained that meditating helps her stay focused whenever she feels anxious. Nova, sitting beside her said that talking to adults around her is helpful. “I go to my guidance counselor to just get a break… It gives me a reason to talk to somebody and takes a weight off my shoulders.”

Other students turn to art during opens or sports after class to take their mind off of school.

For many students however, stress management is not something that comes easily. This is a constant source of concern for people like Ms. Gillick and Ms. Steiner.

“I get really concerned about their coping mechanisms that we talk about all the time. What are they doing to decrease the stress?” Ms. Steiner asked.  “We’re concerned about the alcohol and substance abuse that we see, and I think a lot of times it’s very detrimental.”

Apart from harmful drug habits, dangers such as insomnia, eating disorders, heart maladies, and other serious illnesses can develop down the road from high stress in teenage years. This becomes a problem especially as students carry these behavioral and physical problems on to college and as they begin their adult lives.

As it turns out, stress in college is very different than the type of stress felt in high school, as various GHS graduates describe. They explain that college is about making one’s own choices and less about meeting someone else’s expectations.

Fernando Collada, A freshman at University of Navarra in Spain, said, “Stress in college doesn’t come from parents or the people around you, it’s more self-driven. You’re at the wheel completely, its up to you.” By allowing students to explore their interests in high school rather than boxing them into APs, they are likely better prepared for making life decisions after high school, he thinks.

When asked what advice she’d give to her high school self, Marina Pipher said it would be “to not focus so much on what everyone else is doing and put more emphasis on what will make you happy in the long run.” Kathy Steiner and Kim Gillick agree that focusing on exploring a few activities a student is passionate about is much better than spreading oneself thin trying to do it all.

Currently, efforts are being made to lessen the stress at GHS. “We actually are starting a school stress study committee because I think Dr. Winters realizes how much stress our students are under,” mentioned Ms. Steiner, adding that more teachers wanted to be on the committee than the school would even allow.

“That right there says that we have a problem, we have an issue, so we’re asking what we can do about it from a school’s perspective,” Steiner said.  The committee will aim to look at specific stressors, taking a closer look at how school policy can be changed to enable a happier and healthier student body.

Katherine Lawrie is member of Colorado College class of 2019.

She did her GHS senior internship for Greenwich Free Press for 6 weeks before graduating in June 2015.

She has written on a variety of topics including YNET at GHS, AVID at Western Middle School

What Makes Greenwich, Greenwich? ‘Story Barn’ Speaks through the Memories that Make up our Town