Riders in Connecticut who take Metro-North and Shore Line East are facing a 5% fare hike December 1, 2016 under a plan announced on Friday by Governor Malloy.

This would be the first jump in prices since a 4% fare increase in January 2014, according to the CDOT. 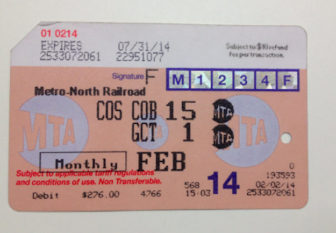 The proposal would also see the closure of the ticket window at the Greenwich, South Norwalk and Bridgeport train stations where TVMs (ticket vending machines) have been in place for years.

In addition, standard one-way fares on state-run CT Transit buses would jump from $1.50 to $1.75.

And seven state-operated highway rest areas would see a reduction in staffing, closing in the overnight hours.

In a letter to legislative leaders the Governor says the fare increase is to counter reduced income from the gasoline tax.

The first in a series of public hearings on the proposal will be 4 to 7 p.m., September 14 at the UConn Stamford Campus Auditorium, One University Place, in Stamford.