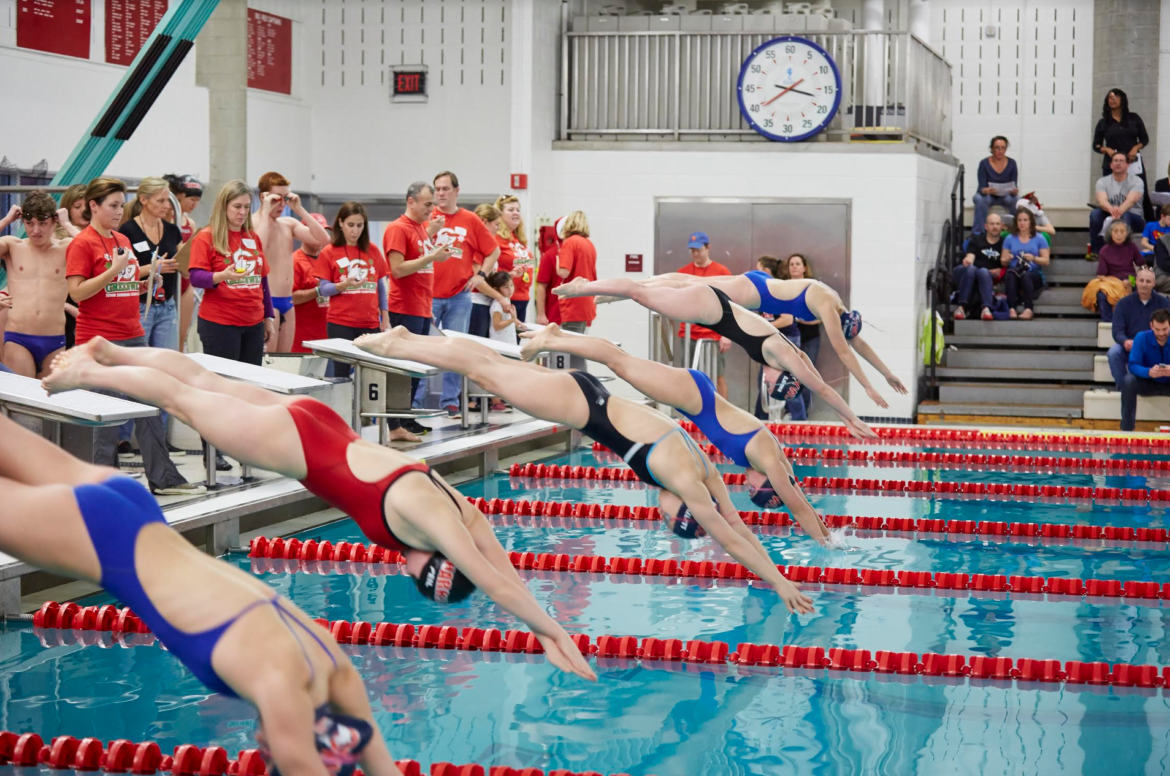 The first rounds of the 16th Annual Greenwich Town Swimming Championship were held on December 15 and 16, with more than 160 swimmers ages 8-17 participating. Saturday’s event was postponed due to inclement weather and rescheduled for Monday, December 19, and Wednesday, December 21.

The annual event is a highlight of the swim season with over 300 swimmers competing, including members of the famed Greenwich YWCA Dolphins, the YMCA Marlins, the Boys and Girls Club Barracudas, and the Sharks Swim team from Stamford. Also this year, members of the Convent of the Sacred Heart Swim Team competed.

The Greenwich YWCA Dolphins, led by Head Coach Nick Cavataro, ranks among the top swim clubs in the U.S. and was recently named as a USA Swimming Bronze Medal Club for 2017, for its fourth consecutive year. “The Dolphins have worked hard to maintain this level of competitiveness,” said Nick Cavataro. “And the team was thrilled to receive this recognition before the town meet.”

The town meet gives our local teams the chance to compete against each other as they prepare for meets across the state and country. Winners from Thursday and Friday include Kortney Knudsen, 15, Meghan Lynch, 13, Ryan Bedell, 17, and Jaden Nygaard, 13, in the distance races.