Life occasionally throws you some sublime, simple serendipity.  Last week, I stopped at a wine store in Glenville to pick up a case of red. Paul, the Store Manager, and Erika, the Assistant Manager,  happened to be tasting some red wines made from the Nebbiolo grape. They let me join in.

Nebbiolo is most often associated with Barolo.  Barolo is a wine, a village, and an appellation.  The wine gets its name from the village of Barolo, located in the Cuneo sub-region of the northwestern-most province of Italy, Piemonte.  The Appellation “Barolo DOCG,” in turn, is one of the three most prestigious and famous appellations in all of Italy.  Barolo’s reputation has been cultivated for more than 100 years, but mostly, it is founded upon the steeply-undulating hills, perfectly-exposed hillsides, and fine soils of Cuneo.  We tasted the Silvano Bolmida Bussia Barolo from the 2010 vintage.

Barolo is also one of the most fastidiously-protected appellations in the world.  It is sometimes accused of stuffiness, and real wine snobs have been known to say that Nebbiolo can only find its true expression in Barolo.

This is nonsense that even most Barolo producers would roll their eyes at.  Nebbiolo is made in other areas of northern Italy, and many wine fans may even enjoy these other Nebbiolos more than Barolo.  (I know… Greenwich Free Press readers everywhere are fainting…)

Two of these wine-producing areas jut deeply into southern Switzerland, and in fact, lie farther north than Geneva, the Matterhorn, or Lugano.  These daggers of land are the Verbano-Cusio-Ossola sub-region of Piemonte, and, further east, the western pincer of the crab-shaped Sondrio region.

Such northern latitudes could produce grapes with little fruit and far too much acidity and tannin.  But winemaking has changed everywhere with new techniques and technology.  Grapes get more sun by being better-exposed, their fruit is delivered to the wine by using more efficient maceration techniques, and while they taste different from Barolo, they are fantastic in their own way. 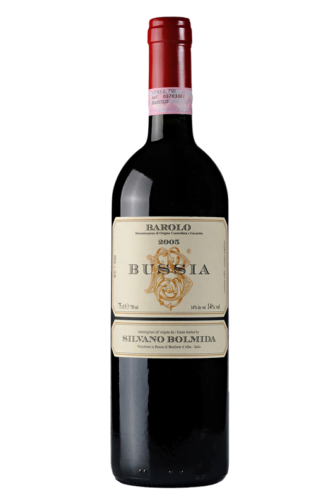 The Bolmida Barolo: young but delicious.

Bussia is a village that produces some of the best Barolos in the township of Monforte d’Alba.  It is actually closer to the village of Barolo than Monforte.

The Silvano Bolmida winery’s Barolo was beginning to break out the rose-hips and licorice intensity one expects from perfectly aged Barolo, but it was still vigorously tannic.

This is an exquisite wine, worth every bit of $99; another couple of years of ageing will make it a wine that drenches your neural receptors with happy thoughts.

Valtellina is located in the Sondrio region of Lombardy.  The vineyards are situated on the hillsides of a Franciscan monastery high on a hilltop.

Prevostini’s San Lorenzo Sassella is softer than the hard-tannin Barolo, yet it maintains an exquisite complexity of flavor and its charms are obvious even to the most inexperienced taster.  In fact, this wine makes you giddy; it is the one that had everyone at our tasting looking at each other with a “can you believe that one?” smile.  At $55, it’s more like, “Can you believe what a steal this is?”

I had never had a Boca in my life; this was a revelation.  Boca is located in the westernmost “dagger” of land that belongs to Italy but juts into Switzerland: Verbano-Cusio-Ossola.

This wine brought big fruit to bear, and might have seemed too easy.  But I was converted by the smooth acidity of this wine; its tannins had just come into their own and were smooth, but with enough grittiness to maintain a pleasing earthiness.  I really loved this wine. 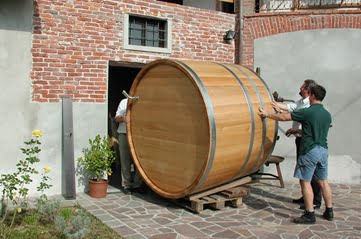 See also:  Selecting Your Wines for Thanksgiving: A Trip Across Town

François Steichen founded and owns Frenchy’s Wine Road, a Connecticut company that writes copy and content for the wine, spirits and cider industries.  He is a resident of Old Greenwich with 12 years’ experience in the Wine Industry.  Francois started at Harry’s Wines in Fairfield; worked at Acker, Merrall and Condit, in New York, the oldest wine store in America; and managed Vinifera, in Mamaroneck, NY, for 5 years.  Francois holds the WSET Diploma, the gold standard in wine education. At 10 years of age, Francois took his first – chaperoned – sip of a sparkling wine.  The magic of fermentation and spontaneously-produced bubbles has never truly relinquished its hold on his curiosity since.