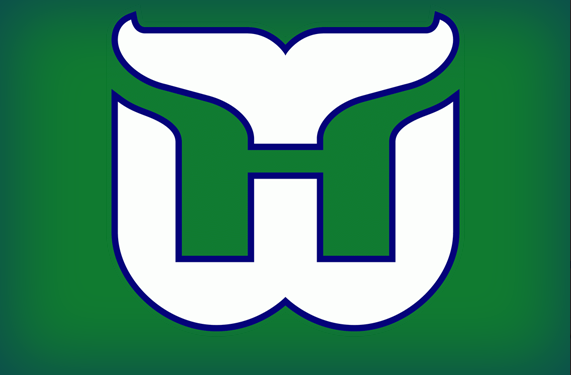 The NHL season just ended, and there is something else to talk about besides the Stanley Cup Champion Pittsburgh Penguins.

The NHL plans to expand and possibly relocate two teams.  Some of the favorites to get teams are Las Vegas, Quebec, and Seattle.  But with some teams that could possibly relocate, there’s one question the NHL and some team owners considering relocation should at least ask.  Why not bring the Whalers back to Hartford? If might seem like there is no hope to bring back the team that hockey legend Gordie Howe, who recently passed away, finished his career.  But there are many reasons why it should be highly considered.

The Hartford Whalers relocated to Carolina in 1997 and are now known as the Hurricanes.  For the Whalers to come back it would most likely take a team to relocate.
There are franchises around the league that would do better relocating from where they are.  One example is for the Carolina Hurricanes, the team that relocated from Hartford.

They are a team that will only do well in attendance if they are one of the top teams because they are in a southern market. They haven’t been good recently and this year they were last in average attendance.  Another example is the Florida Panthers, who have had success and made the playoffs this season.  However, they struggle with ticket sales and are overshadowed by the more popular Florida team, the Tampa Bay Lightning.  One more example is the Arizona Coyotes, who have not had much success lately and even when they had a good team they did not do well in ticket sales.

One reason that the NHL should consider bringing back the Whalers is because there is a plan for the XL Center to be renovated. These renovations will start in the summer of 2017, and it will be a slow process. They are working on making the conditions for the ice modern, not just for the possibility of the Whalers coming back, but for the Wolfpack AHL team and the UConn hockey team.

There is no way the NHL will come back to Hartford if the XL Center stays the way it is.  A proposed renovation plans for the number of seats to increase to 18,000 and for the addition of restaurants to the building.

The NHL would question whether or not the fans in Hartford will support the Whalers if they come back.  There is reason to think that they will.  Although there is no pro hockey team in Hartford, the New York Rangers AHL affiliate Hartford Wolfpack and the UConn men’s hockey team plays some of their games at the XL Center in Hartford.  The Wolfpack crowds are good for an AHL team.  UConn does well in attendance, they have led their conference in attendance for games that are played at the XL Center and ranks in the top 10 for attendance for college hockey despite the fact that UConn hockey hasn’t been very successful.  If the fans in Hartford will support an AHL team and a College team, why wouldn’t they support a professional team?

It is not a reason you would expect to hear, but this potential comeback would not be happening if it wasn’t for UConn.  They are the reason the XL Center is still relevant, which would be the place for the Whalers to play if they do return.

UConn is also building a campus in Hartford opening in 2017 that would potentially bring students who could support the team.  This new campus will bring in new residents who might like to go to the XL Center to see the Whalers play.

Lastly, the Whalers sell the most apparel of all the defunct NHL franchises.  This isn’t just in Connecticut either.  The Whalers apparel sells well in the NHL store in Manhattan.  After nearly twenty years of not playing an NHL game, the  Whalers are still popular.  That should let the people high up who work for the NHL know that they should consider bringing them back.

There are many reasons why the NHL should consider the Hartford Whalers again.  This mostly depends on the XL Center renovations.  There is no question that there is great interest in bringing them back with the fans in Hartford. There are a lot of people who believe it will happen.  The NHL wants to know if the city of Hartford can support a team, because there is a difference in wanting a team and being able to support it.  The fans will support the team, the current arena will not.  If the XL Center gets updated and NHL approved in the future, the Whalers would be a serious contender to return.