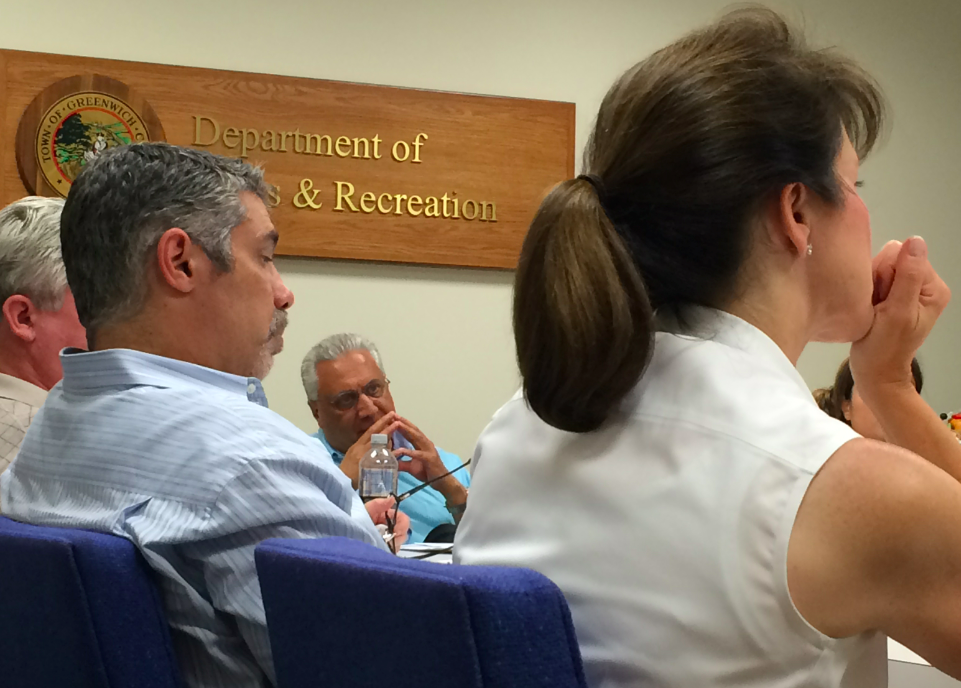 Siciliano said Dave D’Andrea the operations manager is out for medical reasons for about 3 months and that he is handling operations in the meanwhile. “I’ve been doing some double duty as the manager of the golf course,” Siciliano said.

Siciliano said we’re into what they call at the golf course “the hundred day war,” which is basically from Memorial Day to Labor Day with intense use and different types of conditions — sometimes rain. “The golf superintendent Jay Collins has been on top of that an dong a great job,” Siciliano said.

The men’s tournament is is set for Saturday and Sunday June 28 and 29 with approximately 120 men signed up to play. And on Monday, the women’s one-day tournament has about 40 females with 2 divisions: an open division and a senior division.

“It’s always a good event with a lot of competition,” Siciliano said. “Usually there is some competitiveness to the play. There’s a barbecue that’s part of the admissions, and trophies. Everybody always leaves feeling really good about it, and there is a nominal fee of $98 to participate that includes golf, food and trophies.”

Siciliano has been going to the course about twice a week. He said The course is in great shape. Other commission members agreed that there has been enough rain and enough sun such that the course is “the best it’s been in years.”

“But on a nice sunny Saturday the course will see 600 rounds of golf,” Siciliano said. “We play about 260 on a Friday when people take the day off or take a half day.”

But Monday the course  generally have a shotgun tournament or a charity tournament. Tuesday, Wednesday and Thursday there is club play, but they all have a slot on those days to play with their groups, Siciliano explained.

Siciliano said a $40 special has been created. “If you’re a resident who does not want to buy a membership, or a non-resident, there’s a lot of foot traffic resulting from the $40 fee. “It’s caught on. People will say, Let’s try this course.  It’s just a different course to play.It’s worked out well.”

“We’re not taking any slots  that residents would book in advance because they have a seven-day opportunity to book those slots in advance. We’re just using those slots that are available the day before. It gives the residents the maximum advantage.”

Siciliano said the Town is seeing trending or downslide of membership cards, which involves set fee of $165 for an adult pass ($110 for a Senior Pass and $75 for a Junior Pass) at the beginning of the year that gives a discounted fee throughout the season. “That isn’t as popular,” he said. This year about 2,100 membership cards were sold, whereas at its peak ten years ago when it was approximately 4,000. The break-even point for a season membership card is at eight rounds of golf. Some commission members that fewer young people are taking up golf and that might contribute to the downslide.

Link to the Men’s Tournament T-Times.

Link to the Women’s Tournament T-Times.