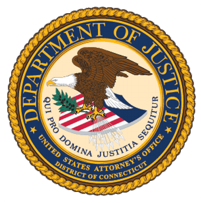 Deirdre M. Daly, United States Attorney for the District of Connecticut,  announced on Friday that a “Jury Duty Scam” has again been reported in Connecticut.

According to the statement from Daly, three people reported that they received a call from a man falsely identifying himself as “Lt. Steve Smith” with “badge number 8031” from the U.S. District Court in Bridgeport.

The man referred to a case number, that the person had failed to appear for jury selection, and there was a warrant for their arrest.

The caller told the people that a bond had been set and the matter would be resolved if they gave him four Green Dot pre-paid $500 VISA cards.  In one instance, a victim purchased a Green Dot card and, at the caller’s direction, provided the card’s number to the caller.

U.S. Attorney Daly urged individuals who receive phone calls from suspicious sources never to disclose personal identifying information, as it may be used to cause serious financial harm and jeopardize a person’s credit.