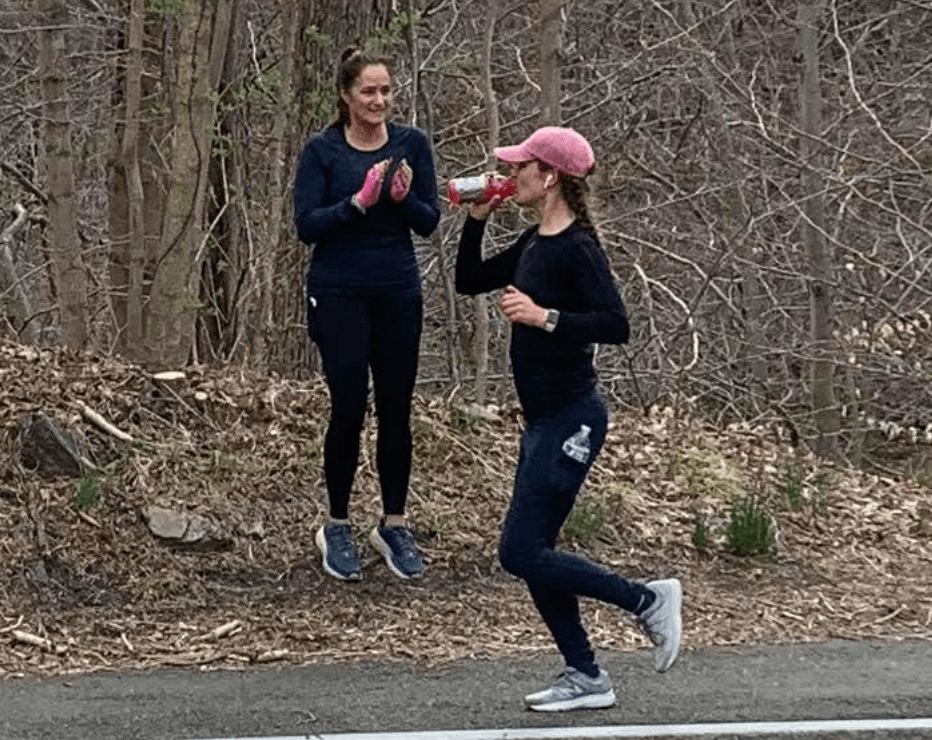 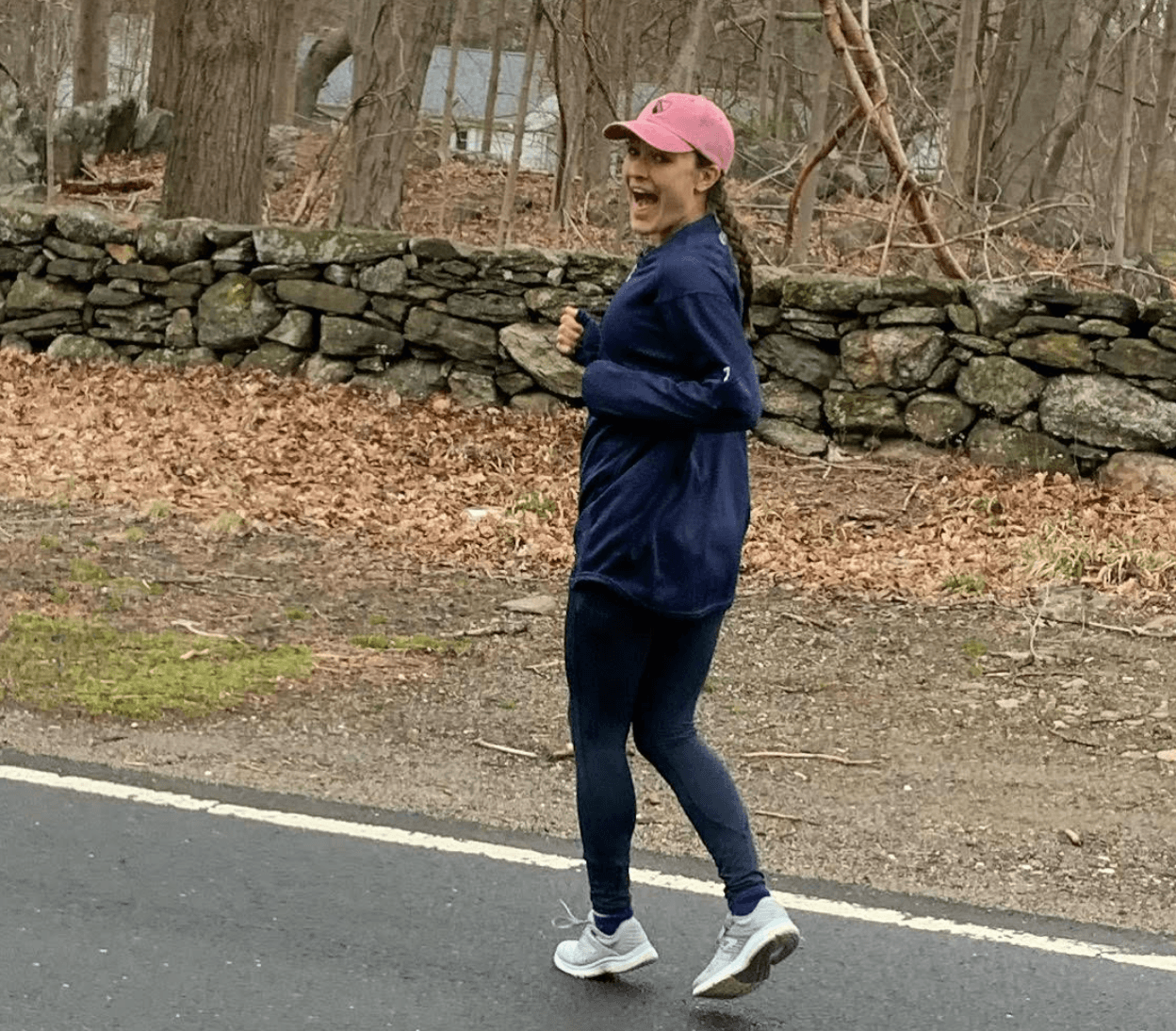 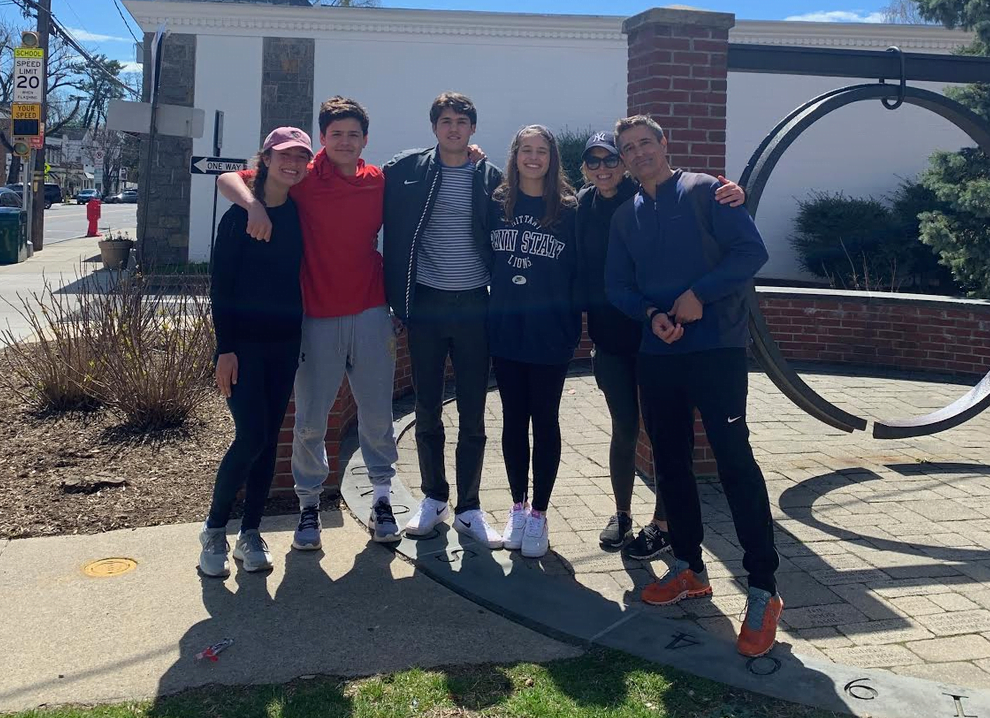 Anna Giannuzzi, a graduate of Greenwich High School’s class of 2016, was enjoying the end of her senior year at Harvard while training for the Boston Marathon when her plans were upended by the COVID-19 pandemic.

Anna had been looking forward to running the Boston Marathon she’d been training months for, followed by graduation, a trip to Europe with friends and perhaps some downtime before starting a job in finance in August.

“I had just gotten back from a run with a friend,” she recalled. “We pulled out our phones and there was a message saying all classes were switched to online. Soon after, there was a second message saying we had to move out by Sunday, March 15.”

Anna remembered the feeling of shock.

“Harvard was the first school to close. A lot of people started hysterically crying. It was very traumatic,” she recalled. “Graduation is a happy closing. People I knew I wouldn’t see people were dispersing. It was pretty devastating.”

With no options, Anna packed up, rented a car and drove home to Greenwich to join her parents and three younger siblings including a brother who returned from his freshman year at Wake Forest.

The next bit of disappointing news came on March 14 when Anna learned the marathon she had trained so long for would be postponed from April 20 to Sept 14.  She was part of a team doing fundraising for Brigham and Women’s Hospital Stepping Strong Team which was created after the 2013 bombing, which killed three civilians and injured an estimated 264.

“All the fundraising goes toward the trauma center,” Anna said referring to the Gillian Reny Stepping Strong Center for Trauma Innovation.

In 2013 Gillian Reny was standing near the finish line of the Boston Marathon with her parents waiting for her sister, Danielle, to cross the finish line when two bombs went off. Doctors and nurses at Brigham and Women’s worked heroically to save Gillian’s life and legs.

“The money I raised still comes through if I run in September,” she explained, adding that she continues to raise funds and hopes to run the rescheduled marathon in Boston in September.

The 124th Boston Marathon has been postponed – the @BAA understands the city’s decision that the marathon cannot be held on April 20, and we offer our full support to take all efforts to postpone until September 14, 2020. Read more: https://t.co/CsnHNKOAZz pic.twitter.com/eBEGDM18FT

As Anna settled into her new routine of distance learning at home, she couldn’t help thinking about her wasted months of training for the original April 20 date.

“I had been training since December and I didn’t want my training to go to waste,” she recalled.

That’s when the idea of creating her own marathon in Greenwich was hatched.

“I sat down with my family a week before, and we plotted a random route through Greenwich that would be easy and doable, and incorporate all parts of Greenwich,” she explained.

“My mom asked if I was sure I could run it totally alone,” she recalled. “She reached out to friends who run. One friend ran six feet behind me for a mile, and another of her friends ran behind her for a few miles.

For the last 13 miles Anna’s father followed on is bicycle in case she might grow tired.

Anna’s marathon started at 8:00am on Saturday, at the top of Round Hill Rd by the New York border, continuing through town, and to the east, looping around Cos Cob and through Riverside, and finishing in Old Greenwich at the Sound Beach fire station. 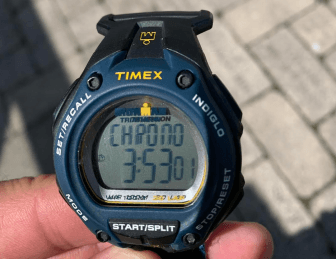 Anna Giannuzzi ran her own marathon through Greenwich on Saturday and was happy with her time.

“My family stationed themselves along my run with Gatorade or water, or bites to keep my carb level high,” she said. “And families came out with big American flags.”

“Some people cheered in front of their houses, and a bunch of people were spread out in front of Central Middle School. A good number were outside a house in Riverside.”

A wonderful surprise came courtesy of Anna’s 17-year-old sister Sofia who had gotten up at 6:00am and written messages inspiration in chalk along the route.

“At the end I started crying,” Anna said, adding that just a week and a half earlier she had been devastated by all the bad news.

“It was amazing because I was really sad, but my family and friends rallied behind me,” she said. “For four hours on a Saturday everything felt totally normal. Every one kept 6 ft. It was really special.”

While the Boston Marathon attracts about 500,000 spectators a year and an average of 30,000 participants, Anna said, “Most people don’t have an entire team devoted them to running a marathon.”

With the marathon under her belt, and a time she is pleased with, Anna said her online classes are going well.

“It’s been very nice being with my family. We’re not going stir crazy,” she said. “We’re coming up with interesting ways to pass the time. It’s pretty nice to be with my family again.”

And, she said, now that the shock has worn off, she and her friends at school found some optimism.

“We’re hopeful there will be a time that we get to see each other and celebrate one last time,” she said. 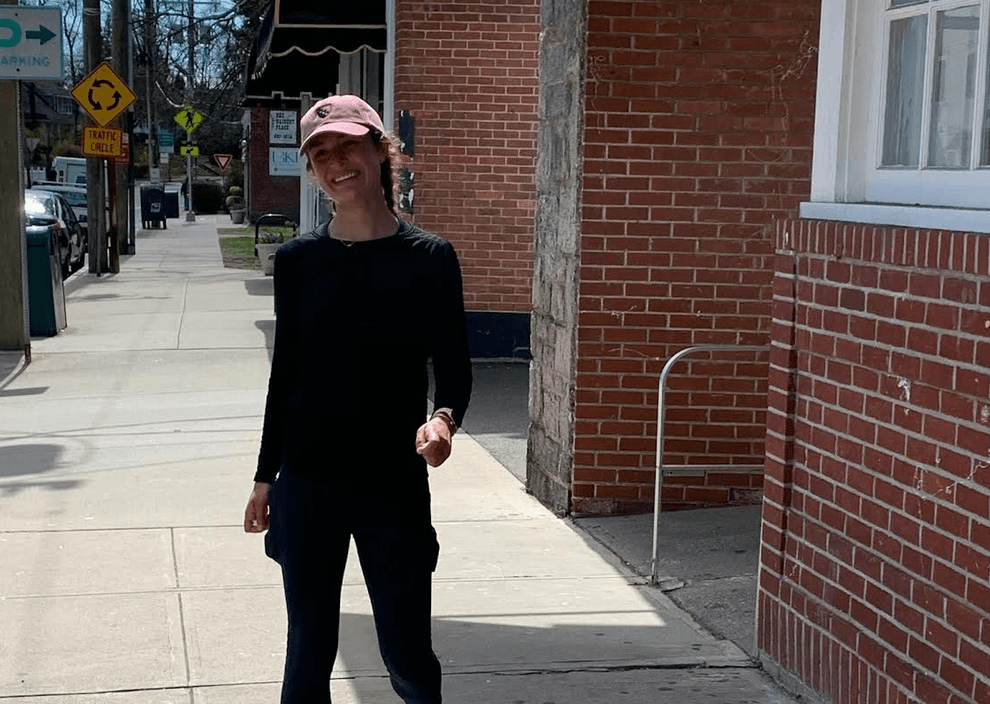