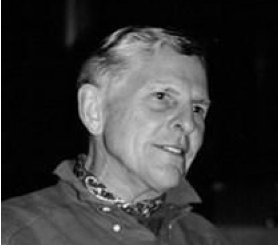 The following information was provided by Leo P Gallagher and Son

Emerson Law Stone, a CBS newsman during the heyday of the Tiffany Network and who loved nature, language, music, and family, died Monday, December 15, after a fall in his home. He had lived in Greenwich with his wife Louisa H. Stone for 57 years.

Emerson was born February 15, 1928 in New Haven, the first of three children of Emerson L. Stone, an obstetrician, and Grace K. Stone, a nurse. He attended local schools, graduated from Pomfret School, and returned to New Haven to attend Yale, where he majored in English and sang in the Yale Glee Club. He graduated in the class of 1948.

After college, Emerson taught English and French at the Arizona Desert School in Tucson and served one year in the Army. He was hired at CBS in New York in 1952, starting in the mailroom. He rose to desk assistant and began to write and edit, including as editor-producer for “Sunday Night,” a network television news program with Walter Cronkite. Among his special assignments, he covered the U.S. space program, the Civil Rights Movement, the Kennedy and King assassinations, and political conventions. He produced “The World Tonight” on radio starting in 1964, “The CBS Morning News” on television with anchor Mike Wallace starting in 1966, and the award-winning special “The War Within the War,” anchored by Eric Severeid, about Vietnam.

In 1967, as director and later vice president of the CBS Radio Network, he initiated scores of new broadcasts and extended hourly news to 24 hours a day. In 1977, he produced the first nationwide live call-in with a sitting president, Jimmy Carter.

In 1982, Emerson accepted a new job as vice president for News Practices, an ombudsman position created after Gen. William Westmoreland’s libel suit against CBS over a documentary critical of Westmoreland’s Vietnam actions. Emerson retired from CBS in 1987 after 35 years. He remained active with many professional associations, wrote columns for newspapers and journals, lectured at Yale and Fordham on broadcast news and ethics, and gave dozens of interviews to Fairfield County news outlets on various topics.

At work and beyond, Emerson enjoyed travel. His job carried him to the Soviet Union during the Cold War, China before normalization, and to the Middle East. For pleasure, he visited friends and relatives in England, Germany, France, Kazakhstan, and the United States. He visited every continent at least once. A lifelong sailor, he owned a wooden Friendship sloop and chartered in the Caribbean, Mediterranean, and off Australia.

Emerson was secretary for his Yale class for many years and in 1998 received the university’s highest service honor, the Yale Medal. He was the founding chairman of the Connecticut chapter of the Sierra Club. In Greenwich, he was appointed chairman of the Town of Greenwich Land Acquisition Committee and member of its Inland Wetlands and Watercourses Agency. In the 2000s, he served on the Greenwich Representative Town Meeting.

Emerson and Louisa bought land in north Greenwich in 1954 and built a home that fit into the woods and around a granite ridge, leaving an exposed bedrock boulder in the living room. The family donated half of its original 8.5-acre purchase for conservation through the Greenwich Land Trust in the 1990s.

A gentle man, Stoney, as friends called him, projected seriousness but had a sharp wit. He loved nothing more than telling jokes or doing impersonations. In later years, he found time to collect favorite words, quotations, and memories that he archived for his family.

The family plans a celebration of his life on January 17, 2015, 2:00pm, at the Round Hill Community Church in Greenwich. Those wanting to contribute in Emerson’s memory may wish to donate to Doctors Without Borders or Yale University.