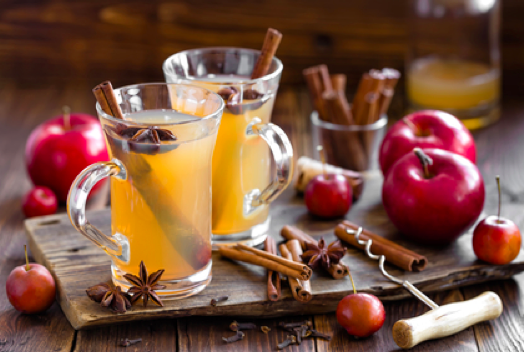 You don’t have to go wassailing to enjoy this traditional Christmas drink. Historical wassail drinks are completely different from one another. Some even use beaten eggs. Here is a blonde version. Alcohol is optional.

Combine all ingredients in Dutch oven. Bring to a boil. Cover with lid and reduce heat to low. Simmer 1 hour.  Remove from heat and strain. Throw away anise and cinnamon. Serve hot.  Can last refrigerated for two weeks.