The red signs at warning swimmers to shower well after swimming Tod’s Point and Byram Park were hard to miss on Sunday.

As temps rose from the high 80°s to about 94° around noon, dozens of residents, guests and visitors were drawn to the water at Tod’s Point.

A lifeguard stationed by the new concession stand said no one had complained of the rash and itch caused by sea lice. Nearby, swimmers were following the warning on the red signs to shower thoroughly after swimming. 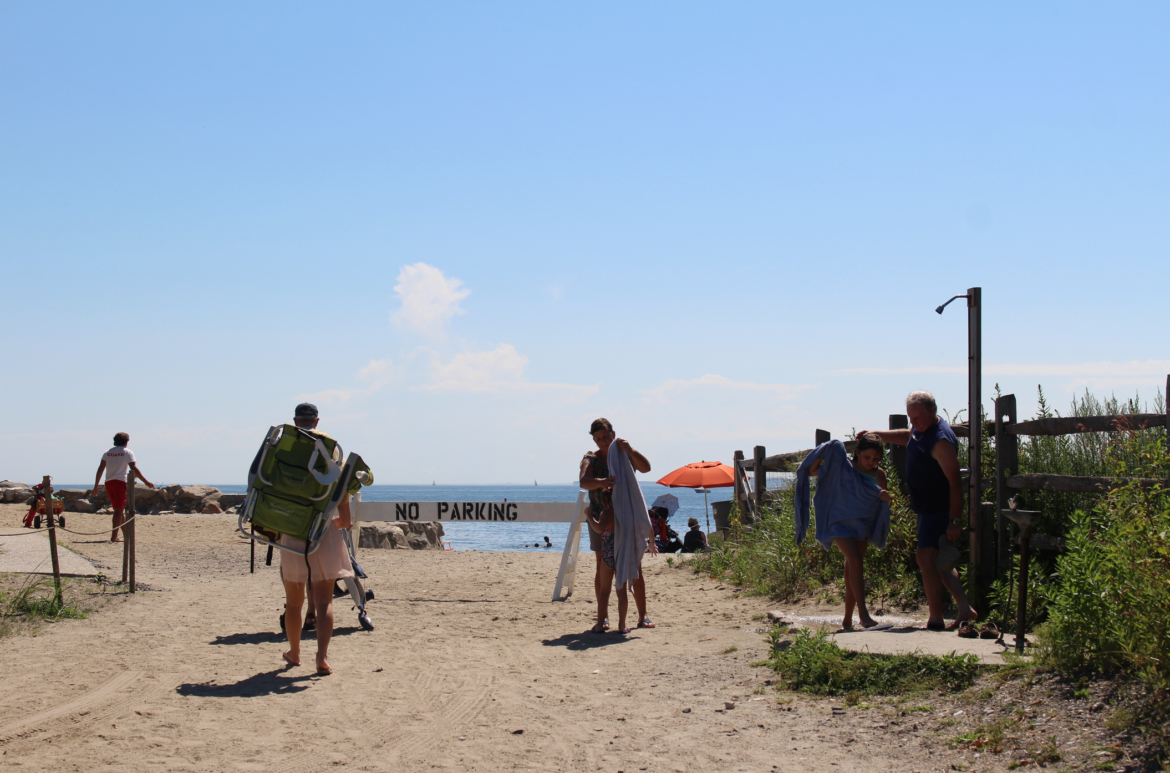 Swimmers use the shower at Tod’s Point on Sunday, Aug 14, 2016 Credit: Leslie Yager

The Town warns that the  “sea lice” that cause itchy bites are actually tiny little jellyfish or stinger larvae that have the same stinging cells (nematocysts) as an adult jellyfish/stingers, but because they’re only small, they only affect a small area.

Sea lice tend to travel in large groups or “blooms” and will be prevalent in warm summer waters – some ocean swimmers suggest you’ll encounter them when there’s lots of seaweed floating around.

According to advice posted by the Town, sea lice are microscopic and transparent in the water, so you’ve got no chance of seeing them. Instead you’ll know you’ve come into contact with them when you start to itch.

The worst itchy rashes tend to be where the larvae get trapped between skin and swimsuit, or even in the armpit where they feel trapped, causing the stinging cells to fire. 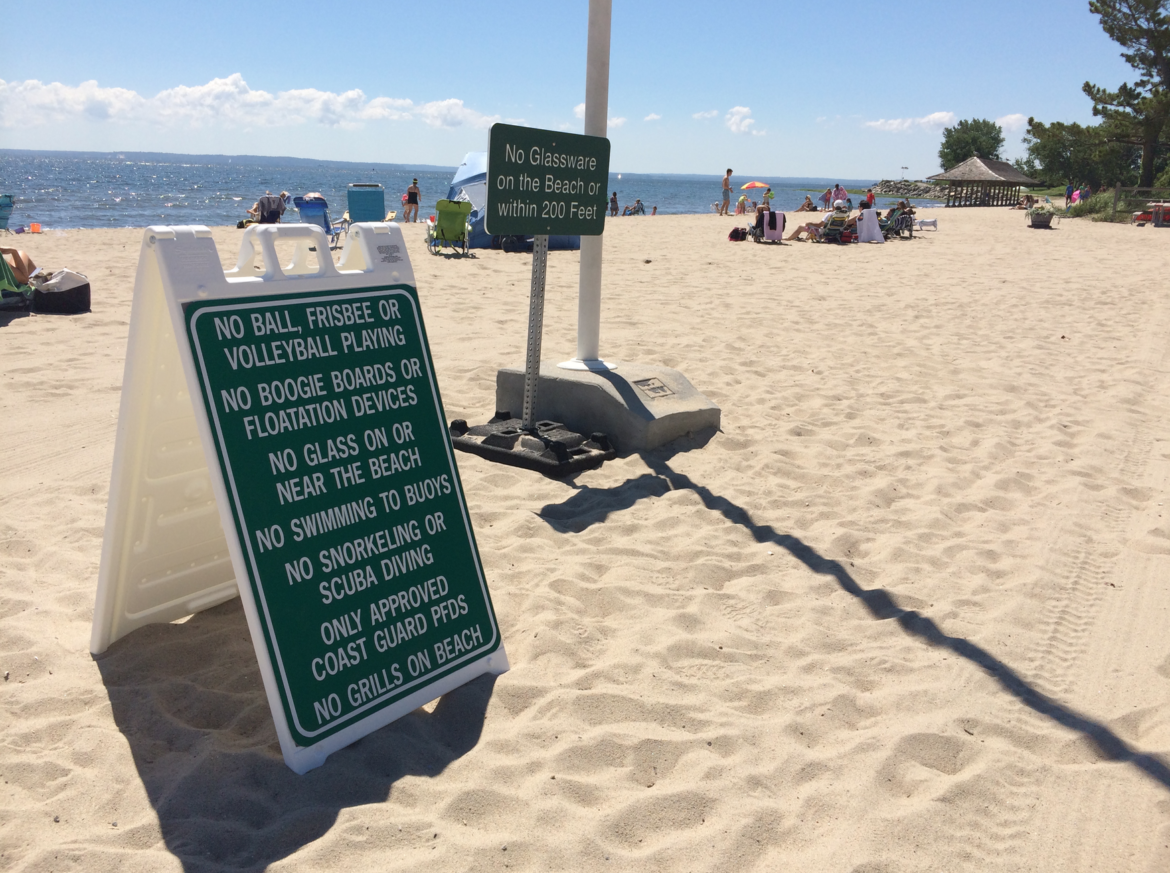 The “No List” is posted where it’s impossible to miss at Tod’s Point. Credit: Leslie Yager

What to Do When You Have Sea Lice

The advice posted by the town is not to scratch the itchy rash. Instead flush your skin in fresh water when you get out, preferably with your swimsuit removed. When drying yourself off, use a patting motion rather than rubbing the affected area.

For the majority of people, the itch will be the worst part, and it could be delayed and last for a few days to a week after contact. Yet, for some people, it could become worse and result in a severe reaction, in which case it would be wise to visit a doctor.

Lastly, the Town’s advice is to give your swimsuit a thorough wash before wearing it again in order to make sure all the cells have been washed out. 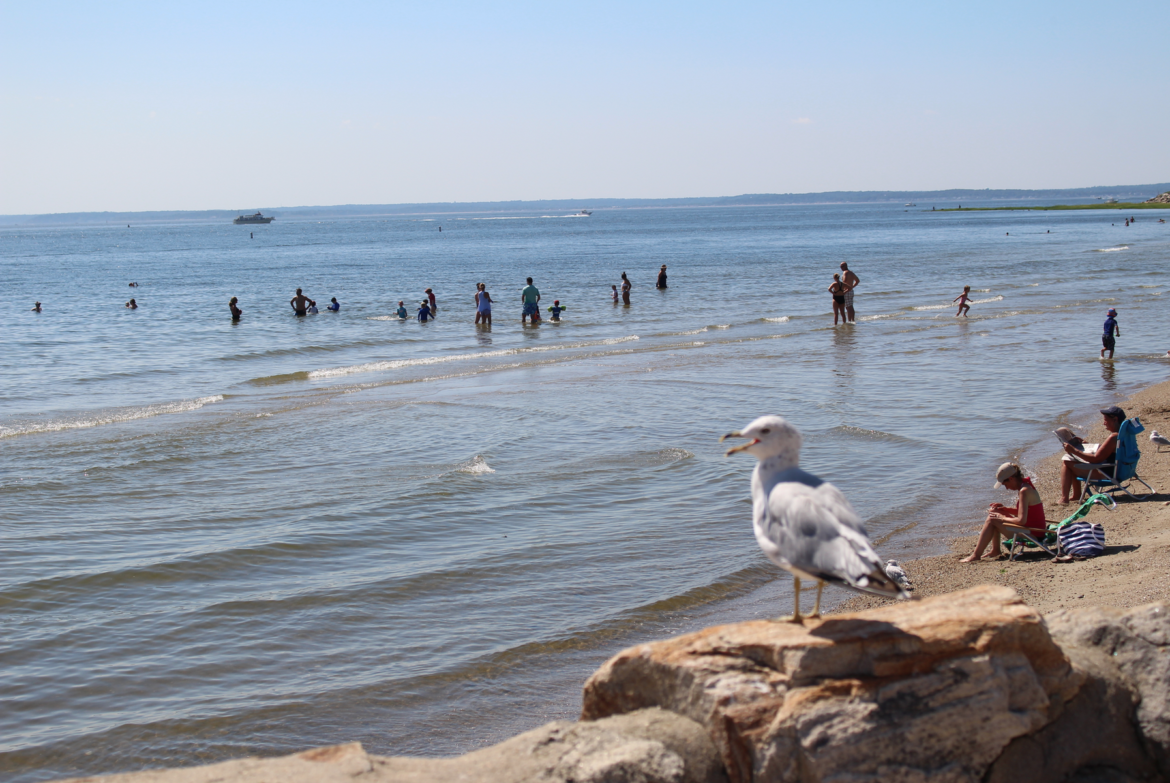 At the temperature rose to the about 95° Sunday morning, swimmers were drawn to the water despite warnings of sea lice, which cause an itchy rash. Aug. 14, 201 Credit: Leslie Yager

And, if you’re looking for relief, you might try applying vinegar to the rash. Also there are a variety of itchy bite rash creams or antihistamines available, but the advise is to consult a doctor first.

July 4th Was a Blissful Greenwich Beach Day, but Ordinances Enforced Was Killjoy for Some