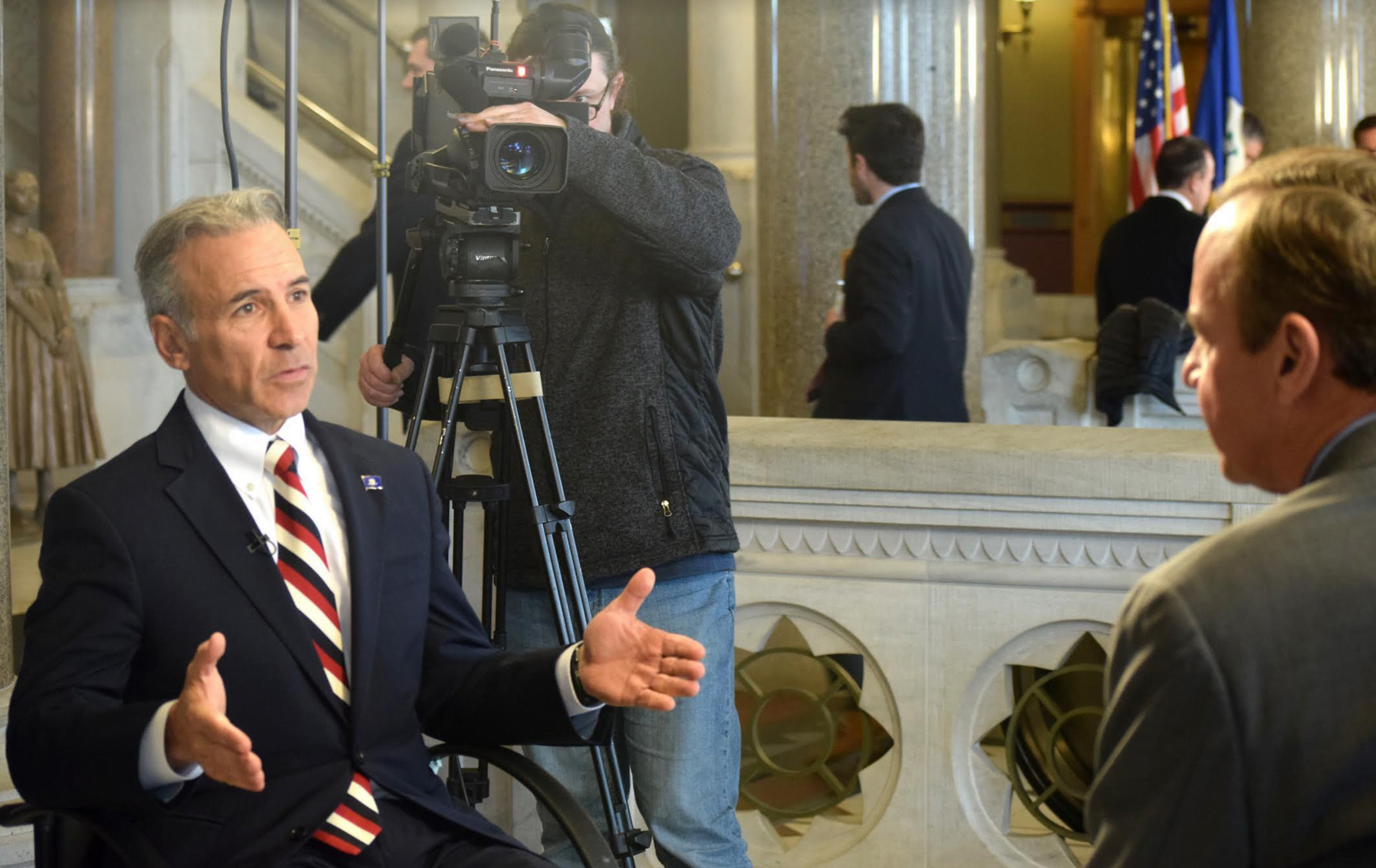 State Representative Fred Camillo (R-Greenwich) says Governor Lamont’s budget proposal, which he presented yesterday to a joint session of the General Assembly, mirrors the failed policies of the Malloy era, including too many tax increases and too few demands on public labor unions.

“The governor has worked hard on this proposal since entering office and while this gives us something to work with as we move towards a final plan, there are many areas of concern that we need to address,” Rep. Camillo said. “The governor wants to expand the sales tax to items once exempt included legal and accounting services, veterinary services, haircuts, home repairs and non-prescription drugs. These items, along with the governor’s plan to toll all motor vehicles, will hit the middle class especially hard. I commend the governor for recognizing our state’s fiscal crisis, but his proposals are too similar to the policies of the Malloy administration and I think we need to approach this from a very different angle or be doomed to repeat the mistakes of the last decade.”

The governor’s office expects toll to produce about $800 million in net revenue beginning in 2024.

Rep. Camillo has stressed that the majority of tolls revenue will come directly from Connecticut residents, and will impact Fairfield County especially hard.

Additionally, Camillo believes that it will be very difficult for Connecticut to collect tolls from out of state drivers electronically if they do not have an EZ pass, again leaving Connecticut to pick up the slack.

Rep. Camillo acknowledged some common ground in the governor’s budget including a commitment to eliminate the business entity and gift taxes, shrink state spending and borrowing, and restore the property tax credit for everyone.

While these will help the budget process, which is now in the hands of the Appropriations and Finance, Revenue & Bonding Committees, Camillo expressed concern about the state’s major fixed costs, including teacher and public employee retirement payments.

“I welcome a few initiatives, like dialing back on bonding, and it shows that Governor Lamont is listening,” Rep. Camillo added. “Unfortunately, the state’s biggest problem is the one that we seem to push aside the most, and that is our fixed costs.”

Camillo said, “Pushing teacher retirement costs onto towns will result in property tax increases and refinancing state employee pensions will only increase our borrowing costs over a longer period. I know this is a tough issue to address because we want to be fair to our public employees who perform valuable services for the state, but we must also be fair to the taxpayers who have to shoulder the burden and often do not receive such benefits in the private and nonprofit sectors. It appears the Democrat-controlled House did not recognize this urgency yesterday when they approved two union contracts.”