The item is the first on Tuesday’s agenda for public hearing, which will start no earlier than 7:15pm.

The proposal has generated controversy as many residents in the area complain that it is too big and will exacerbate existing traffic and congestion. Sheephill is a major north-south commuter route, and East Putnam Ave is near I95 exit 5 and frequently backs up with traffic. Residents have called Peter Tesei’s Ask the First radio program to voice concerns about the proposed development. Neighbors have also spoken out at earlier P&Z hearings on the application.

The plan is for 17 one-bedroom housing units with four designated moderate income. 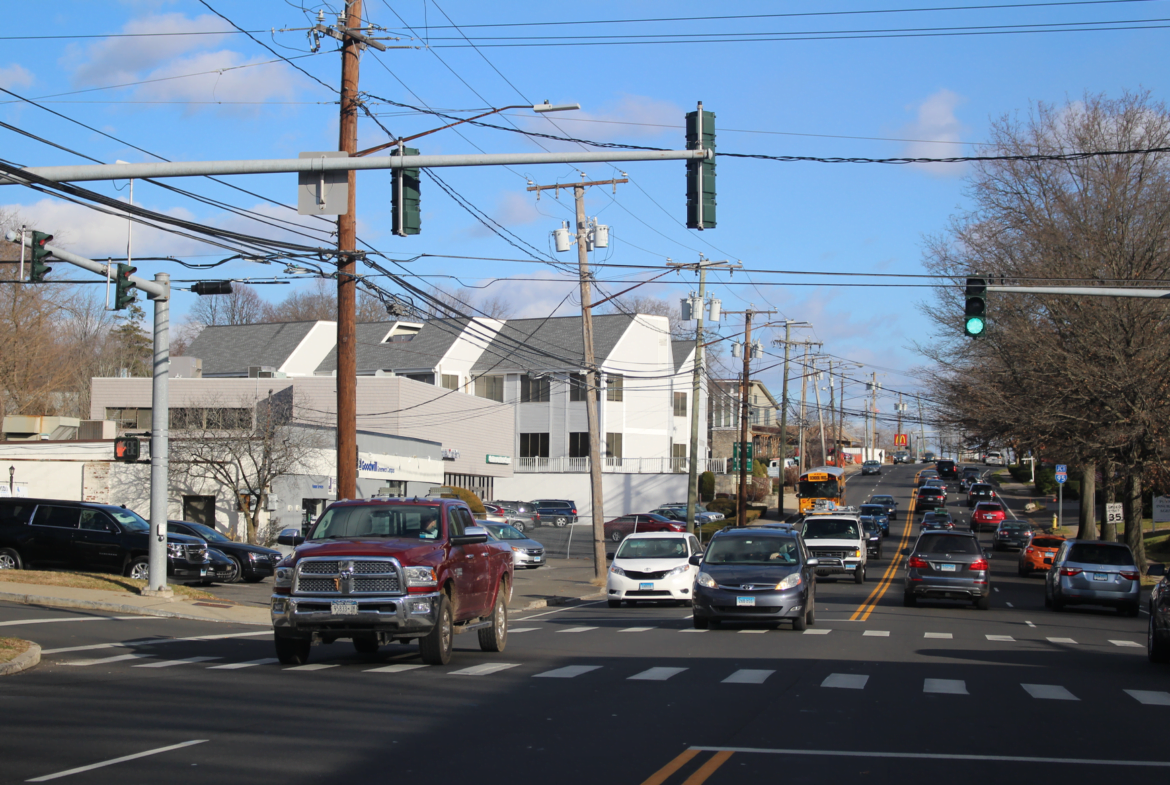 The proposal will merge two properties and remove the existing structures to make way for the new four story 40,931 sq ft mixed-use building.

During a December 2016 P&Z meeting, the application was converted to preliminary. Then there was a motion by Mrs. Alban, seconded by Mr. Fox, to move preliminary to final with modifications. The vote was unanimous 5-0. When the applicant returns to P&Z on Tuesday, it will be for final site plan.