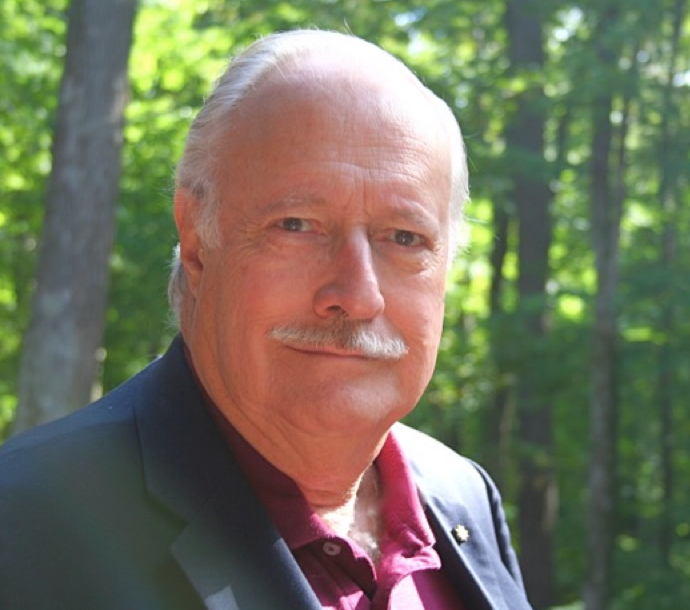 Peter von Braun seeks to hold onto his spot on the Board of Education in the Nov. 3 election in which three Republicans are running for two seats: Incumbents von Braun and Barbara O’Neill, plus challenger Lauren Rabin, a Greenwich native and longtime PTA leader.

Over a coffee at Cos Cob Starbucks, where Mr. von Braun said he often chats casually with GHS students about the school start time issue, he said that if there is a theme for his service to date, it is “I get things done.”

Mr. von Braun’s experience in education includes creating a program to teach in-home emergency first aid in Labrador in the late 1960s and early ’70s. Labrador, which is weathered-in for months at a time, results in residents lacking accessible roads to reach doctor or hospital. His program involved teaching basic life-saving skills, and over time it was expanded throughout the Artic Canada.

Another program von Braun spearheaded in the 70s involved preventive Ophthalmology to reduce the incidents of blindness in Oman.

Mr. von Braun was knighted by the Queen of England for his efforts in education, which he said brought programs to over 30 countries.

Race Balance and Achievement Gap
More recently, on the Board of Education, von Braun said he stopped “forced busing” in Greenwich Schools, which had been proposed early in Superintendent McKersie’s term.

“He proposed busing 900 elementary school kids to create educational advantage for minority students,” von Braun said.  “It was based on research that minority kids get better educations  through busing, but that was based on an example in Chicago where where children were bused from a ghetto school to a suburban school.”

“The research was based on a ghetto, and is not relevant to Greenwich. In one public meeting I stood up and asked, ”Why don’t we ask our customers what they want?’ which met with a roar of approval.”

Mr. von Braun cited a district survey in which 74% of Greenwich parents responded, with 96% of respondents said they wanted their kids to stay in their neighborhood schools. “That killed the busing proposal.”

Mr. von Braun acknowledged there is still an achievement gap, though, he said, “According to the administration, we spend 50% more on educational instruction in the Title I Schools than in the others.” The Title I elementary schools are JC, New Lebanon and Hamilton Ave.

“I developed the Community Schools Plan for neighborhood schools, parts of which are in effect. Not all kids learn the same way, and many of the kids in Title I schools come from different cultures and therefor the context in which things are taught may need to be adapted.”

“The model on which our elementary school pedagogy is based assumes there are two college-educated parents who read to their child every night.” – Peter von Braun

Mr. von Braun described “busing” as a false notion of how to narrow the achievement gap. “The administration leaps from statement of the problem to a fashionable solution.” Referring to his background at management consulting company McKinsey & Company, von Braun said an important notion is “causality.”

“For example, with the achievement gap, which the administration defined as the result of ‘cultural deprivation,’ their two examples were that children had never been to the beach and did not know the difference between a merry-go-round and a carousel. Their solution was to provide field trips to museums in New York City,” von Braun said, adding that it was not clear whether all the children would be invited on the field trips. “This is not Selma, Alabama.”

He said the hiring of the firm ECRA Group is problematic. “We’re turning over all our records, including test scores and grades so each kid gets ‘personalized learning.’ “That’s what our staff should be doing,” he said.

“It’s a What’s New at the Zoo Solution.” – von Braun on the District contract with ECRA Group

Tracking in Greenwich High School
Another idea of Mr. von Braun’s is to create consistent tracks for academics versus vocational and career prep. At GHS, Mr. von Braun said the “middle packers” are “drifting through,” and not achieving their full potential. He questions the wisdom of adding the STEM program at Hamilton Ave School. “Parents have been sold the idea of STEM because their kids will get jobs in the future. But then they go to Western Middle School and get IB. So a kid applies to Lockheed and says, ‘I took Astrophysics in 3rd grade?’ That’s not career preparation.”

Mr. von Braun said JM Wright Tech in Stamford has very good programs and he would like their recruiters to visit Greenwich middle schools. “You can get certified in systems maintenance there,” he said. “GHS used to have an aggressive construction vocational program, but now we’re keeping them on the academic track. Because if you want to be a successful plumber you have to have an MBA?”

“A large proportion of kids coming into the vocational track have parents with businesses of their own. They’re looking for the next generation. It’s not something to be disparaged,” von Braun said.

New School Construction
On the topic of building a new New Lebanon School, Mr. von Braun said when he advocated for off-site construction, or “permanent modular construction,” he was not appointed to the building committee. If re-elected, he will seek to improve school construction programs.

“Greenwich spends an enormous amount per square foot on building new schools. Steel isn’t more expensive here,” he said. Describing the process as inordinately slow and complicated, he said the current estimate for New Lebanon construction is $500 per square foot, and the off-site permanent modular construction, used broadly throughout the country, could save $12-15 million and get the project done in a matter of months versus years. “The quality is extraordinarily good.”

School Start Times
On the topic of Greenwich schools start times, Mr. von Braun said he is passionately in favor of the change but didn’t invent the idea. Having organized a late-summer rally that featured both First Selectman Peter Tesei and his Democrat opponent Frank Farricker coming out in favor of the change, von Braun said, “People have been trying to get it done for a long time. I revived it, lead it and drove the program.” Of his petition in favor of changing the school start times, he said it is close to 1,200 signatures. He is dismissive of the arguments of the naysayers. “It isn’t because they are staying up late to play with their devices. They are playing with the stuff rather than stare at the ceiling.”

Mr. von Braun said that if there are enough petition signatures by the end of October, he’ll go to the Board of Education and make a motion to approve a formal request for a later start at GHS.

For more information on Peter von Braun, he has a website vonbraunforboe.com