Asked where the Greenwich Reform Synagogue project stands, Sandy Soule of the building committee, replied on June 30, “GRS is still looking at next steps, so my letter of June 9 continues to represent us.”

Referring to her June 9 letter to the editor, which mostly rebutted criticism from Sarah Cos Cob resident Darer Littman, Soule said, “Laws & regulations should govern this land-use issue and guide the discussion, not rhetoric.”

On June 9 Soule said, in a letter to the editor, “Our synagogue plan speaks for itself. We have gone above and beyond in good faith to address the neighbors’ concerns. We think we can become a positive, constructive part of the neighborhood. We are certain we will be good neighbors.” 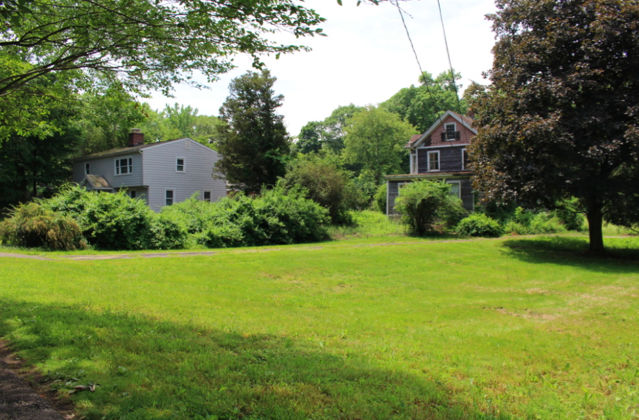 View of 90 and 92 Orchard Street in Cos Cob from the sidewalk. Credit: Leslie Yager

The minutes from the ZBA minutes for the June 11 meeting were posted on the ZBA web site. Portion that refers to GRS as follows:

A Special meeting of Greenwich’s Architectural Review Committee is Scheduled for July 10, 2014 at 7:00pm in the Mazza Room at Town Hall. The meeting is to review the proposed architecture and site improvements for The Greenwich Reform Synagogue at 92 Orchard Street.