As of Thursday, 608 Greenwich residents have tested positive for COVID-19, according to Greenwich Health Dept.

That is 26 more than the 582 cases reported on Wednesday.

According to Diane Kelly, Greenwich Hospital COO, there were 15 patients in the ICU, with 14 of them on ventilators.

Ms. Kelly said there is a national shortage of isolation gowns, so the hospital is monitoring their supply carefully.

At the hospital there were 99 COVID-19 positive patients being treated across the hospital’s units.

So far, 305 patients have been discharged to continue to recuperate at home.

Also, so far, 4,148 people have been tested at the Hospital outpatient test site with 1,520 testing positive.

These numbers reflect patients who live in Greenwich as well as from other municipalities in Connecticut and Westchester.

First Selectman Camillo said he is collaborating with the Emergency Management Task Force to assess the impact of COVID-19 on town parks, beaches, marinas, The Griff Golf Course and playgrounds. 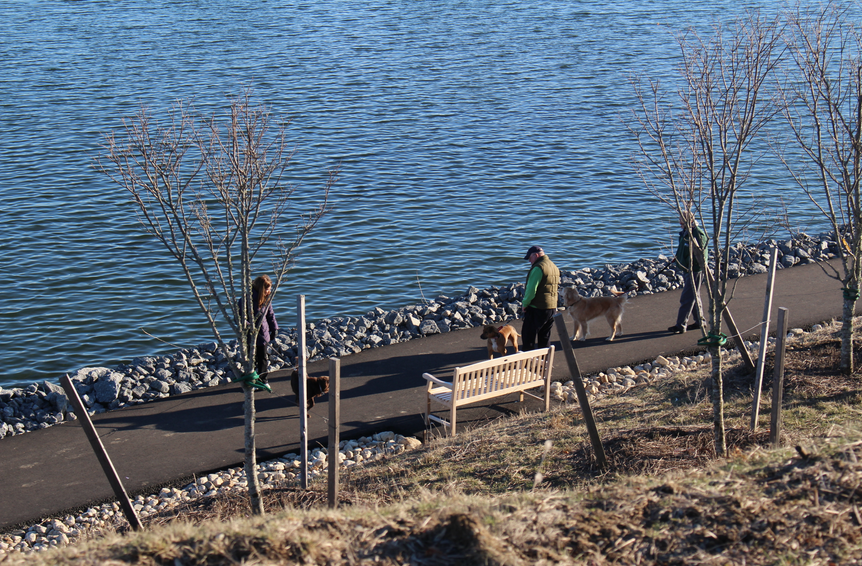 Starting Monday, May 4, Cos Cob Park will be open to walkers from 7:30am to 2:00, Monday through Friday.

Park monitors will control access to Cos Cob Park to prevent a large entry of walkers all at once, and to ensure walkers adhere to social distancing.

The staging will be similar to that done at supermarkets.

Visitors will be able to park at the Cos Cob train station.

Camillo announced that beginning Monday, April 27 the walking paths at Binney, Bruce and Byram Parks will be open, though the fields, playgrounds, parking lots and restrooms at those facilities will remain closed.

Also, Camillo said beach at Byram Park will remain closed and new signage is in the works. 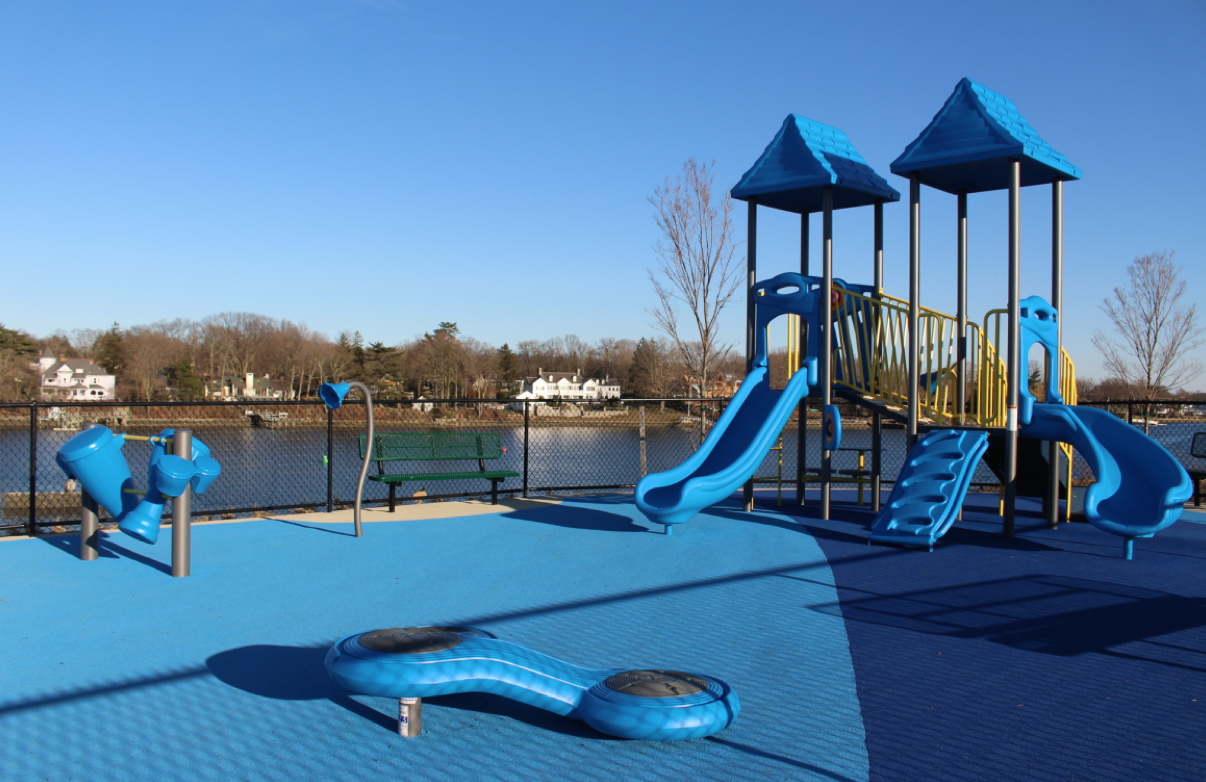 Playground at Cos Cob Park, like all other town playgrounds, will remain closed. File Photo

As for town marinas, per Parks & Rec director Joe Siciliano, starting April 30, there will be limited access – two days per week – to Town marinas for boat owners whose vessels are in winter storage.

Individual boat owners will be emailed details regarding hours of access.

Siciliano and his staff also continue to review the impact of the pandemic on large events.

In coming days he will announce decisions about the  Old Greenwich Memorial Day Parade and July 4th fireworks at Tod’s Point and Binney Park.

“Most people I have spoken with, people who have emailed me or texted me have been extremely supportive of the decisions to close Town facilities,” Camillo said. “That being said, we also want to be able to allow use of these larger parks in a very measured way, in a way that will not contribute to the spread of the virus.”

“I am ready to pull back on the use of the parks if social distancing and face mask protocols are not followed,” Camillo warned.

Asked whether pressure to reopen parks influenced his decisions, Camillo said political expedience was never part of his process.

“You can’t govern like that. At the end of the day, you’d rather be unpopular in the short term and have done too much,” he said.

“We’re making decisions for people to be healthy and be together on the other side,” he added.

However, he said, “If we find out people are not following the protocols and guidelines then we will pull back. We’ve worked too hard to get to this point to take a huge step backward.”