Eversource requested to remove the trees so access an area that until 2012 was accessible to their trucks. Since then the trees and a guard rail have prevented access to equipment.

A power outage last September was also cited as a reason to upgrade utilities in that area, which they say is only possible with trucks.

“The one outage last September, I think it was like 40,000 customers went out,” Pat Tracy from Eversource said. “We are undergoing a reconstruction of part of that to prevent damages in the future. To do that we need to access, which is blocked by a guard rail off the side of the road.”

Tracey Alston, community relations specialist for Eversource, said that upgrading the equipment is intended to prevent a similar situation to what happened in the power outage last September.

Alston said that Eversource has been working with the Town to remove the guard rail and replace it with a gate, but the access would still be blocked to trucks if the trees were left there.

“Even if you remove the guard rail the trees are still blocking access for the utility vehicles to actually be able to access the path,” Alston said. 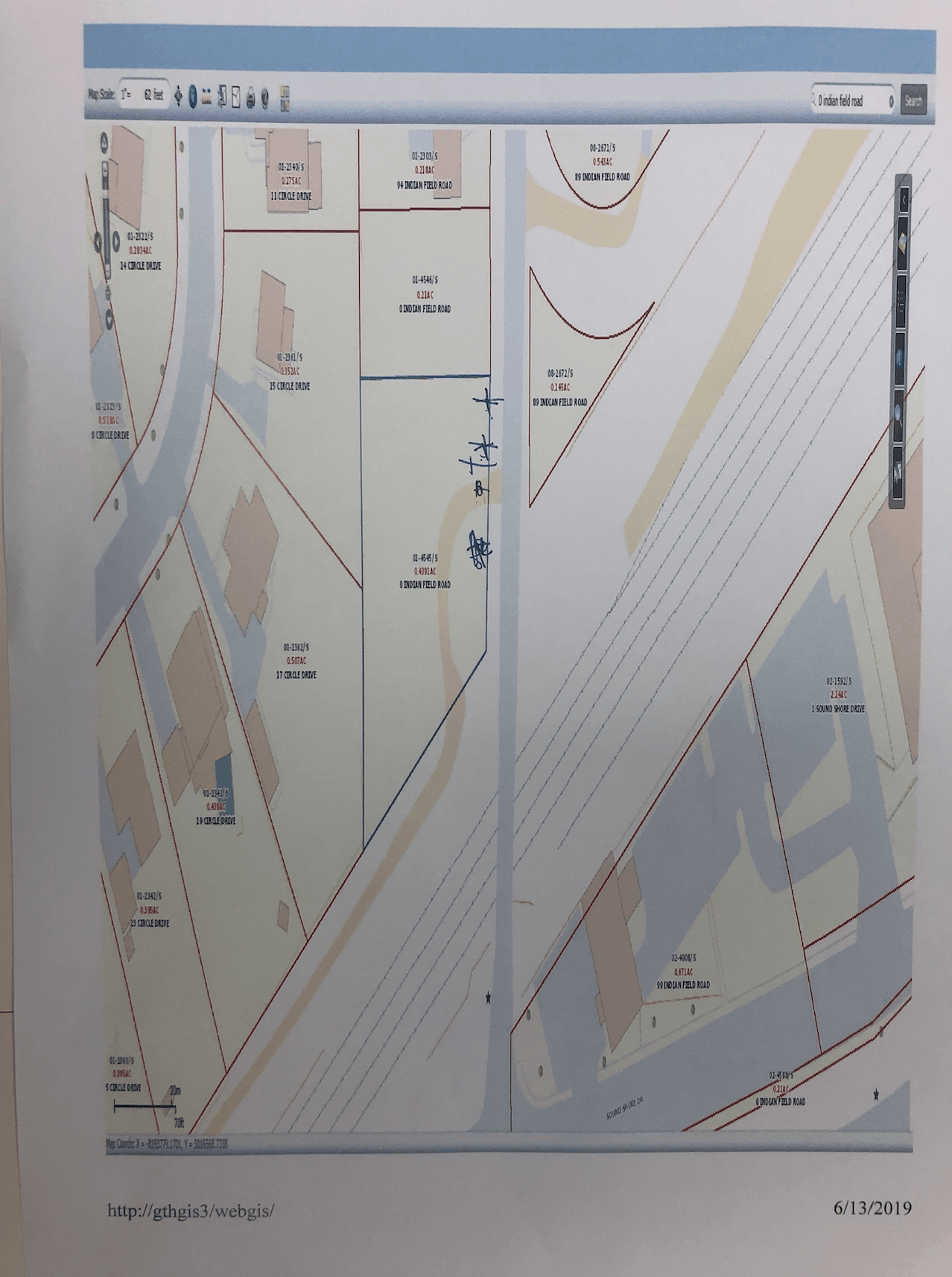 A map showing the location of the three trees and the guard rail. Photo by Ryan Bologna

Greenwich residents wondered if this was a one time event, or if trucks would continually need to access the area after the upgrades were completed.

“It would be ongoing maintenance so it wouldn’t be a one time thing,” Alston said. “There is currently a small walk path that’s kind of been overgrown and there’s nowhere for trucks to actually be able to get off of the road to access our equipment.”

Tracy said that part of the problem is with trees in sight lines. She said when a truck is pulling out, the trees block views of oncoming cars, creating a safety hazard.

Greenwich resident Christine Surette proposed having someone with a high-visual jacket direct traffic while the truck pulls out as an alternative solution to the obstructed view.

JoAnn Messina, the executive director of the Greenwich Tree Conservancy said her group would be willing to assist Eversource if they were willing to work with them on replanting in that area.

Ms. Alston said replanting is something Eversource might be willing to do.

Mr. Gospodinoff said a final written decision will be made and emailed to those in attendance and those that requested a public hearing by Tuesday.