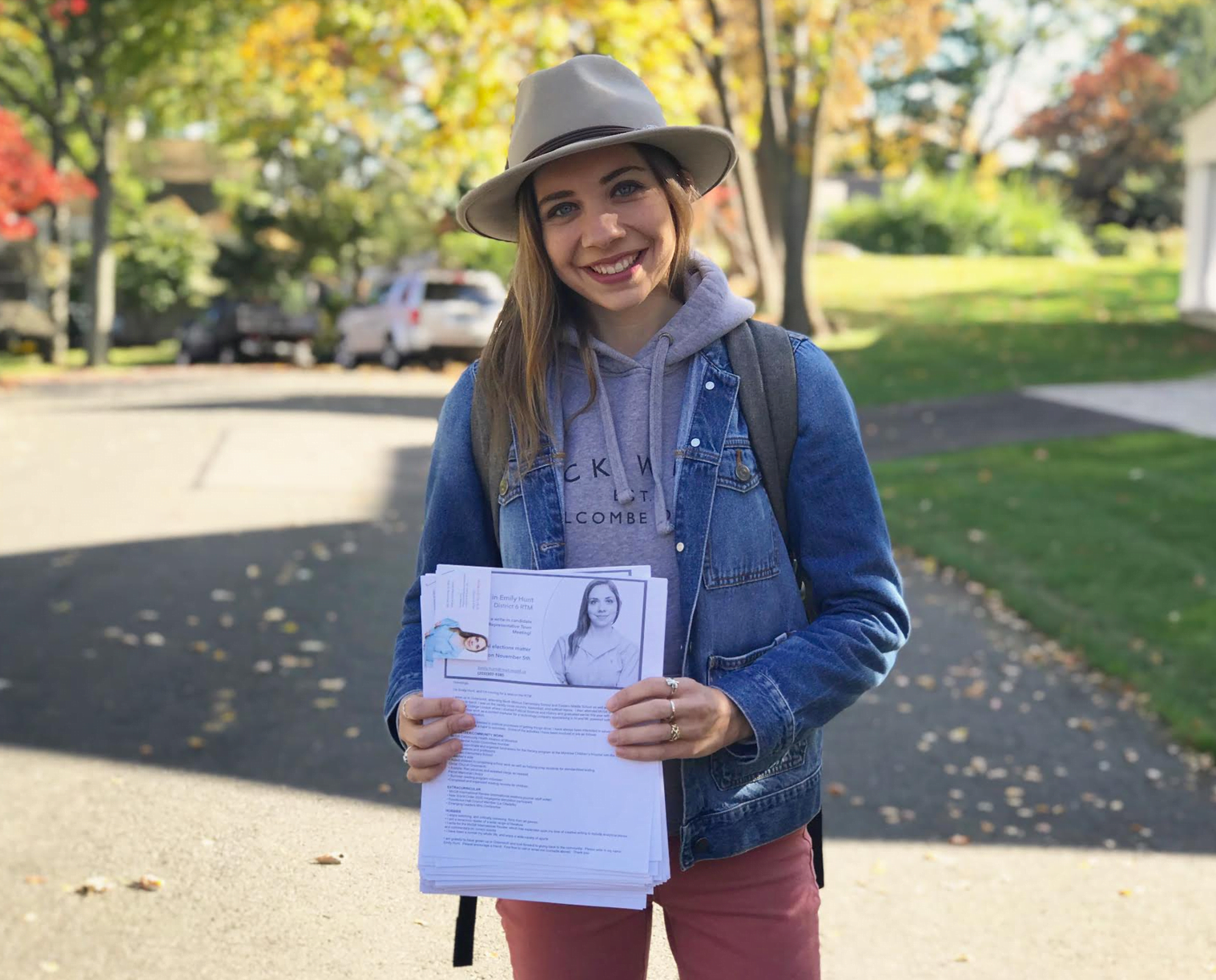 I’m 22 years old and running as a write-in candidate for the District 6 RTM to be an agent of change.

I grew up in Greenwich, attending North Mianus and Eastern as well as Greenwich High School where in addition to band, I was on the varsity cross country/track, basketball, and softball teams. I then attended McGill University and University College London where I studied Political Science and History and graduated earlier this year with multiple honors.

Now that I have moved back to Old Greenwich, I am running as a write-in candidate for the District 6 RTM because I want nothing more than to use my academic and work experience in government and politics to make a difference here at home.

When I returned to Greenwich, it pained me to see such high levels of discontent over certain issues in the community. Traffic conditions on some roads make it dangerous for pedestrians. There are public facilities that are unsafe to use, including athletic fields at schools.

Many feel the threat of increased taxes and irresponsible public spending. Even more frustrating for me is that the processes to address and deal with these issues are stuck in paralytic gridlock. I refuse to let this continue.

I have always had an interest in serving my community and acting as a positive force. I was a long-time volunteer at Christ Church and Perrot Library. I also assisted elementary school teachers in learning development and helped to support the literacy program at the Montreal Children’s hospital while at university.

However, I want to do more to address the issues at hand – especially infrastructural development as well as environmental and economic sustainability.

The RTM would give me the chance to do just that by enabling me to apply all that I have learned to effect lasting change.

I bring a great deal of experience to the table that I know could be constructively applied if I were elected to the RTM. In addition to my academic studies in political science, I was a staff writer for my university’s international relations journal: the McGill International Review. This
provided me with a platform to develop the skills to analyze and break down issues for greater understanding.

I was also a Senatorial intern in Washington D.C. where one of my main responsibilities was handling constituent correspondence.

I am not only able to communicate on my own behalf, but on that of others as well. I intend not only to listen and understand, but to speak so that every voice is heard- regardless of political affiliation.

Write in “Emily Hunt” for District 6 RTM on November 5th, and, more than an advocate, you will gain a partner for change.