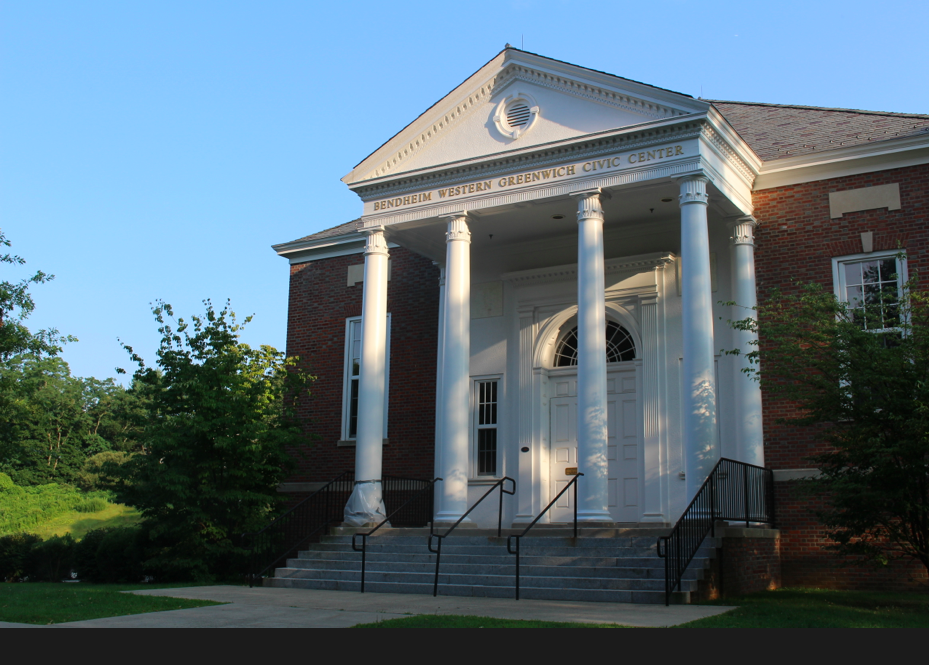 The July 30 Parks & Rec monthly board meeting was held at the beautifully restored Bendheim Western Greenwich Civic Center. Tom Greco, Assistant Director of Parks & Rec presented a budget review to the board.

Chairman Nancy Caplan noted that Parks & Rec gives back to the town  $.5 million each year and asked if that was a trend.

“We think our budget is pretty tight,” Greco said, adding that much of the budget reflects salaries.

Director Siciliano said it can take three to five months to hire a new employee, “so it’s funded but not occupied.” He described budget expenses as “pretty flat.”

“In the past few years, we’ve taken out the low hanging fruit,” Siciliano said, referring to the Town’s 2009 layoffs of dozens of full and part-time staff.

Board Chairman Caplan asked Assistant Parks & Rec Director Greco for numbers to compare year to year operating budgets to look for trends. “When we look at this we only get a snapshot of today,” she said of the 2014 budget Greco presented. She gave the example of the Town Golf Course revenue from memberships declining. At the June meeting, director Siciliano explained the Town is seeing trending or downslide of membership cards, which involves set fee of $165 for an adult pass ($110 for a Senior Pass and $75 for a Junior Pass) at the beginning of the year that gives a discounted fee throughout the season. “That isn’t as popular,” Siciliano said at the June meeting. This year about 2,100 membership cards were sold, whereas at its peak ten years ago when it was approximately 4,000.

Mr. Greco said he would be happy to provide data for additional years.

Caplan on Projects that Could Come Due: “It’s Risk…Public-Private Partnerships Can’t Solve $80 Million”
“There is a focus on reducing and cutting costs,” Greco said in reference to the BET. “If that happens, our infrastructure starts to deteriorate. And what’s going to happen to your property values? It’s common sense.”

“It’s risk,” Caplan agreed. “The object is to go forward, and list all the projects out there. …These are the project out there and what is at risk for the Town.”

“There is a 15 year capital plan but it doesn’t even come close,” Siciliano observed.

“With high risk – like ferry boats – you could suddenly one summer have an emergency, a $3 million ferry boat expenditure. Somebody’s got to know it and accept it. This is what we as a board should be doing: assess the needs of the residents, the quality of life, and inform the public of the gaps. And show all the items that could come due. Because public private partnership can’t solve $80 Million.” – Nancy Caplan Chairman of Parks & Rec Board

Caplan said, adding that Karen Sadik-Khan has agreed to sit on a task force that will work toward this end.

Byram Pool Project
Mr. Siciliano said that at the recent Board of Selectmen meeting that Alan Monelli achieved an Municipal Improvement status for the Byram pool, the next status in the process of approvals is Alan can take the project to first phase of site plan review, which would probably happen in September. Next he sends plans for pool to the state health dept.

Siciliano reported that consultants have been hired including a professionals pool consultant and a landscape designer and engineering firm for the building. There are detailed renderings and elevational schematics. He said John Halpin designed the exterior facades of the buildings and that the project would result in reducing the number of buildings from five to two, including a substantial concession stand to replace the small cement building, which is currently occupied by Café Bon’s Maria Pietrobon.