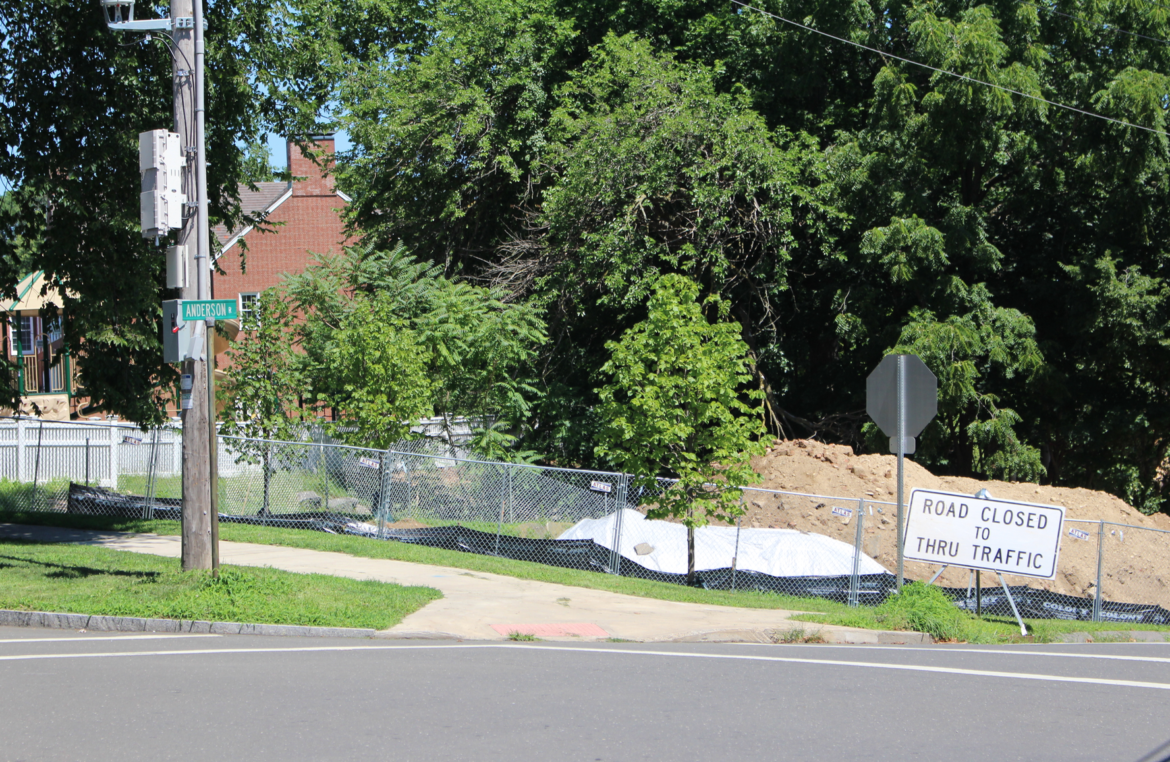 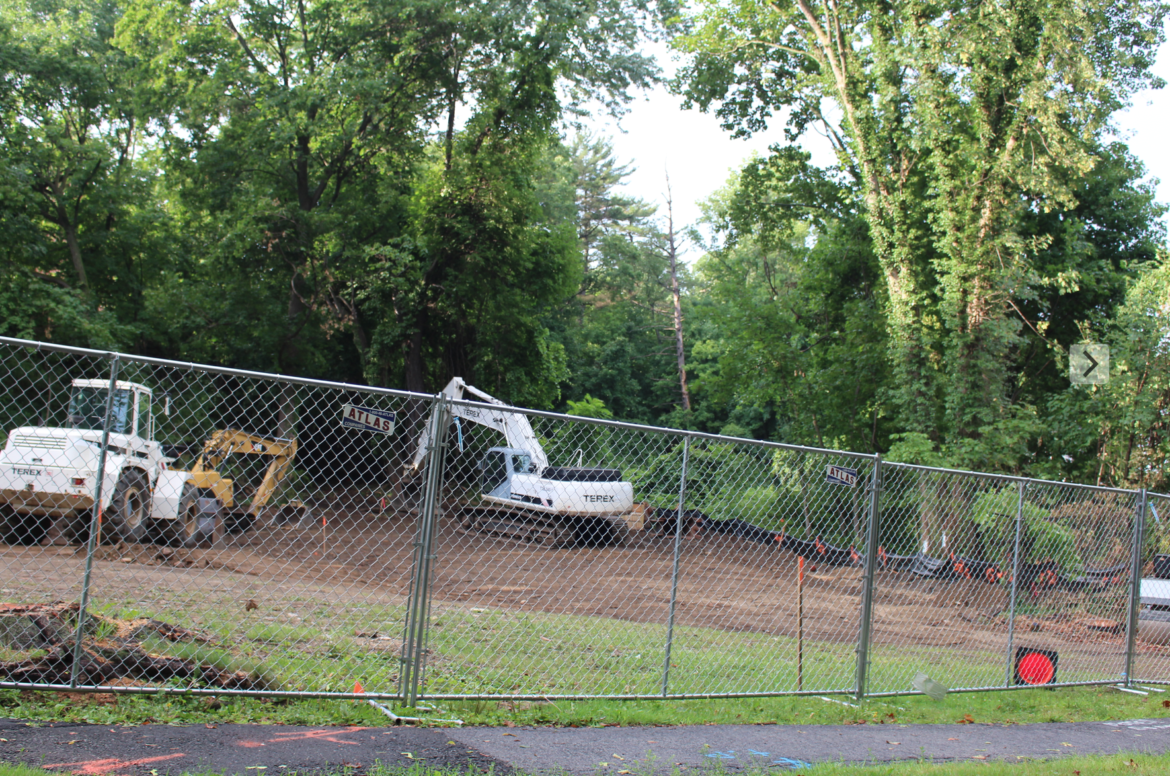 Original story, July 20: Mark Richards and Wanda McGarry both from Kovacs construction addressed the Board of Selectmen recently to request a detour around Anderson Road in August. The detour is part of  Aquarion’s sub station project adjacent to Julian Curtiss School. Aquarion, plans to upgrade the substation built in late 1970s and replace it.

McGarry and Richards said the road detour would take place while they upgrade all the piping under the road, and would be in effect from August 8-29.

The Board of Selectmen approved the request for detour. 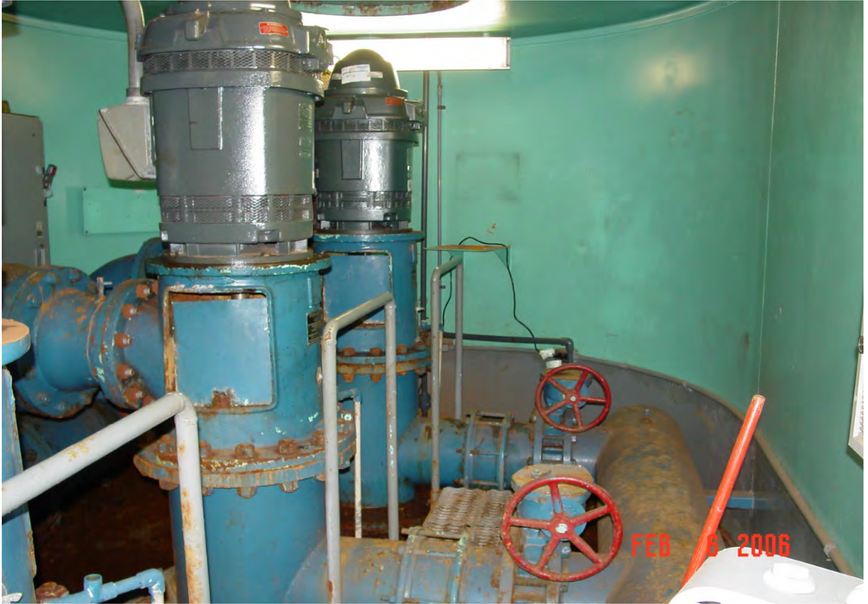 The Town of Greenwich gave the water company an easement to put in the new pump station behind Julian Curtiss School build 20′ x 50′ underground concrete structure.

In April, the Board of Selectmen voted in favor of Municipal Improvement status for the easement on town property.

Beginning in late June Acquarion’s contractor began removing trees. The town’s policy is to replace trees on a one-for-one basis, though the replacement trees might be located on another school property or in the Julian Curtiss neighborhood.

The company is also paying the Town $310,000 for the permanent easement on town property. They will also restore any paving and sidewalks.

Aquarion’s New Substation in Greenwich is in the Works: Dozens of Trees to Be Removed