On Wednesday Weeks Marine withdrew their pre-application from the Oct 15 agenda of the Harbor Management Commission in Stamford for a barge mooring  .6 miles from Rocky Point.

It is not clear whether Weeks will pursue an alternate location.

Weeks decision followed a contentious meeting Monday night at Stamford Government Center where about 200 people, overwhelmingly opposed to the mooring, turned out for an input session held by the applicant.

Weeks Marine’s wants the mooring to tie up their skows that bring sand from Perth Amboy, New Jersey to O&G Industries in Stamford Harbor. They are sharing a mooring owned by Buchanan that is often maxed out.

Opposition to the proposal reflected concerns about close proximity to recreational water users including paddlers, kayakers and youth sailing students, as well as environmental concerns related to shellfishing and aquaculture.

There have been past incidents of barges breaking free and drifting.

In September 2018, one of two sand and gravel filled barges being delivered by tug to O&G Industries in Stamford Harbor, cut loose from its mooring and hit a $1.5 million yacht.

In 2014 a barge that came loose from its mooring, drifted and got stuck on rocks at Rocky Point.

Several in attendance Monday night urged Weeks to reconsider to an alternate location for the mooring that they had passed over, location #2, which is closer to Stamford Harbor.

On Wednesday he sent an email to constituents announcing the applicant had been withdrawn and expressing gratitude to First Selectman Peter Tesei, Chris Franco of the Conservancy, Bill Kelly of Rocky Point, Sue Baker of the Conservation Commission, the Harbor Management and Shellfish Commissions, and Senator Alex Bergstein for their efforts.

Meskers also said he was thankful to Governor Lamont and his staff, as well as the DEEP Commissioner Katie Dykes and Sue Bailey who attended Monday’s meeting for their attention to the matter, but noted the issue remains unresolved. 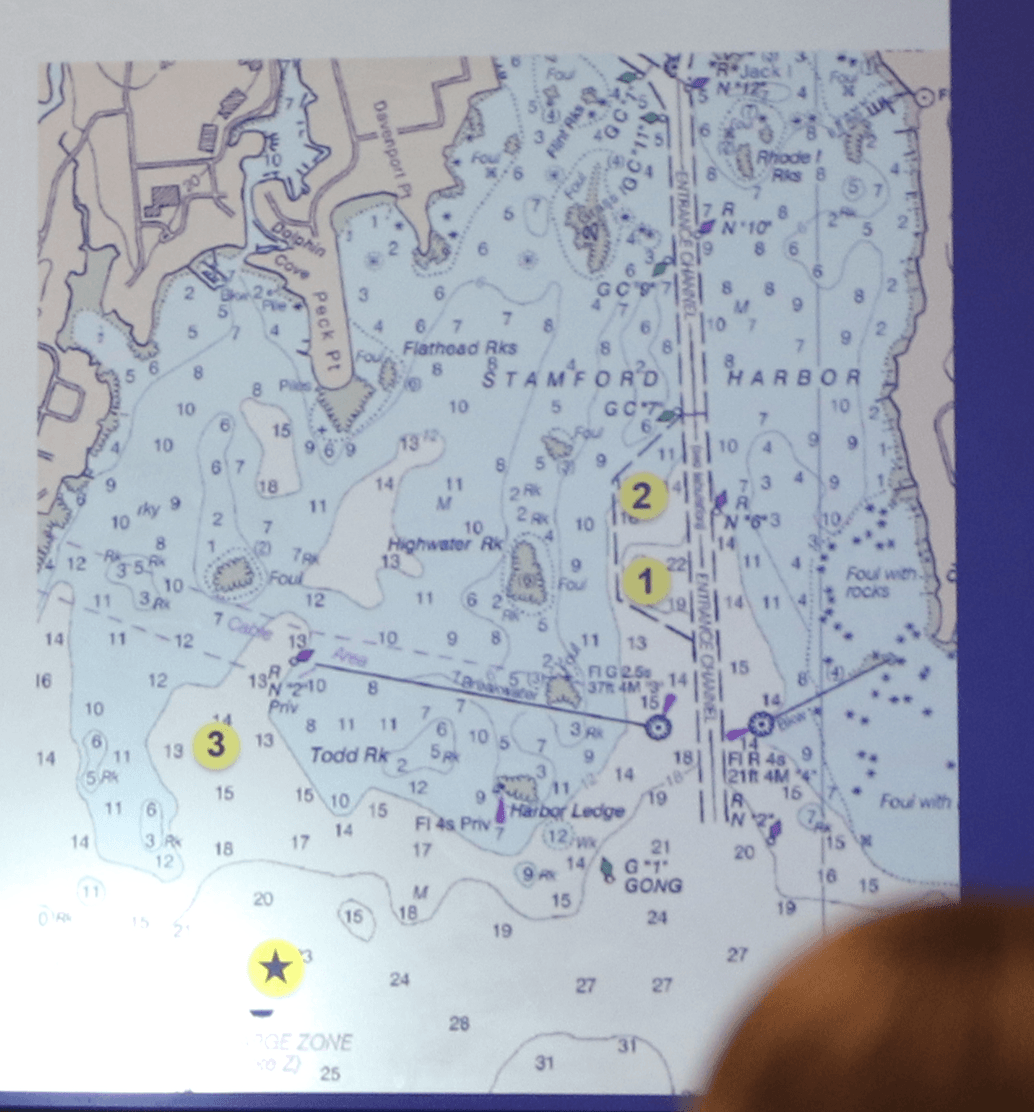 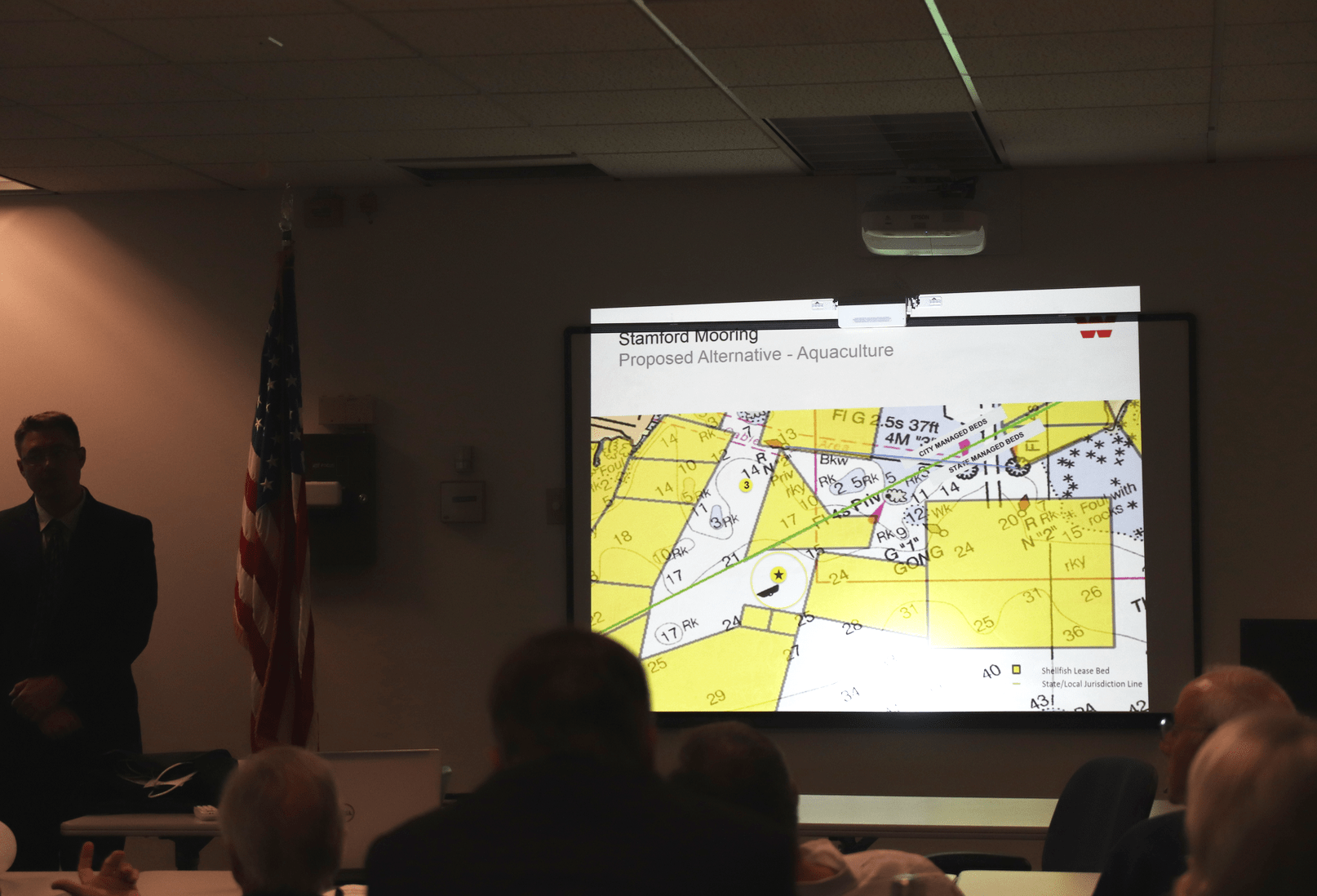