By Leslie Yager
It was another marathon P&Z meeting for Greenwich’s Planning and Zoning Commission.

During a session that started at 6:00pm on Tuesday and continued until after 1:00am, one of the items on the agenda dealt with the Castiglione Funeral Home’s hope to relocate to 288 Valley Rd in Cos Cob.

Representing Gallagher and Hyland Realty, LLC and the Castiglione family who seek to operate a funeral parlor business at the site was attorney John Tesei.

Tesei brought up the final site plan and special permit application to build a 3,600 sq ft addition to the existing 4,300 sq ft building that used to house Summer Rain and has since been used by a landscape contractor. 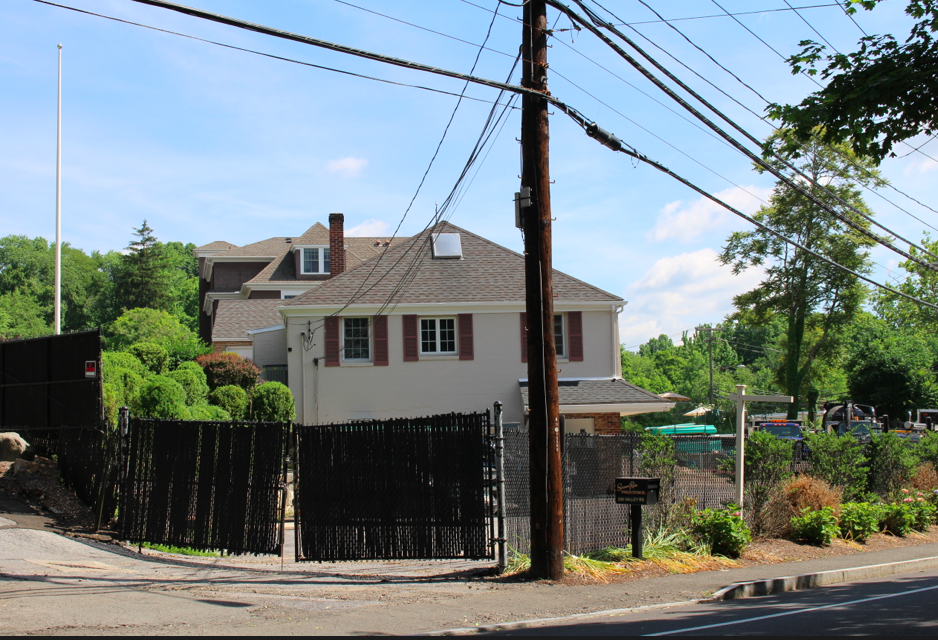 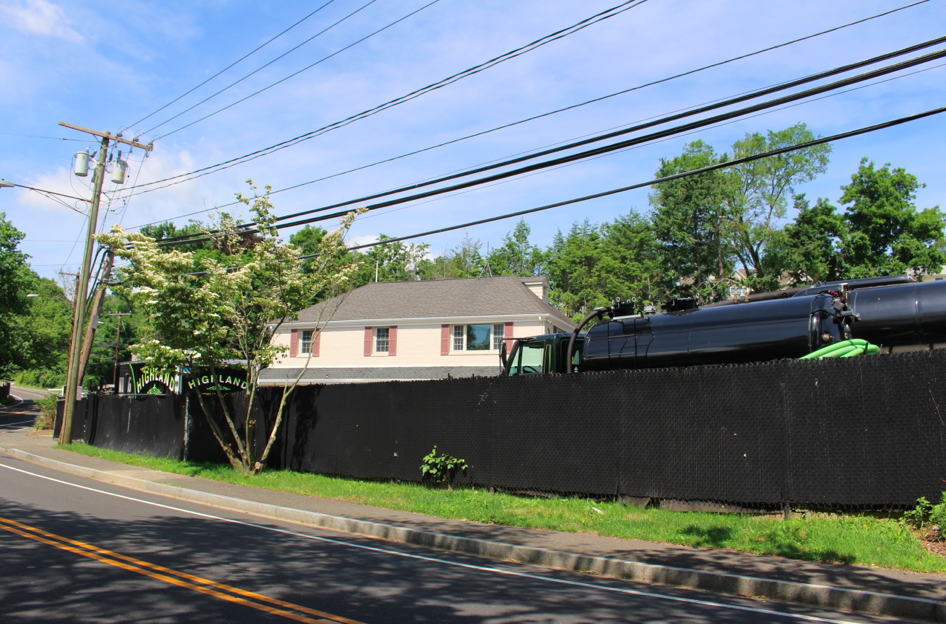 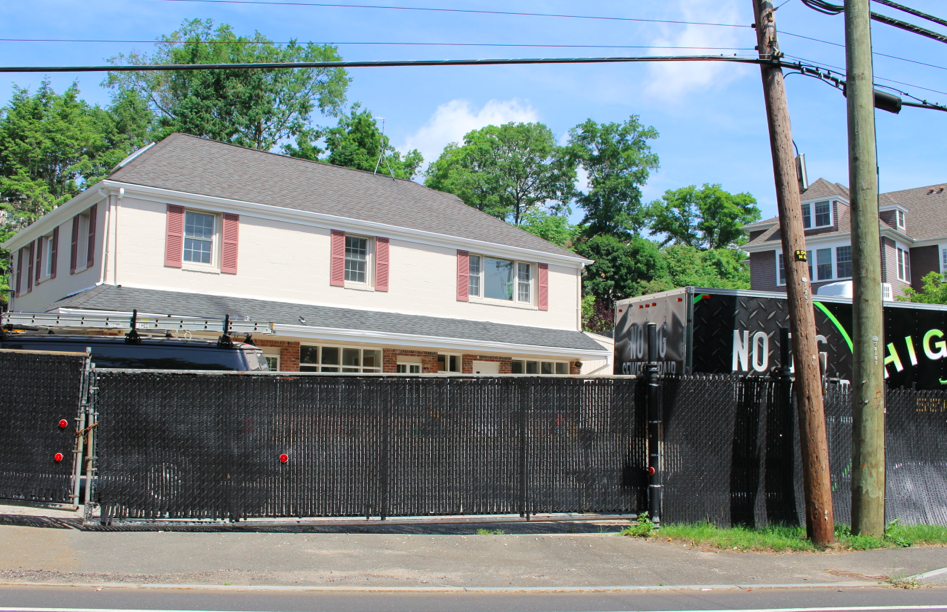 Tesei said an important consideration should be whether the proposed use would be less detrimental to the neighborhood than the previous use.

“You can decide whether or not that change – which includes expansion of an existing building – whether it is a more detrimentaa use,” Tesei said.

“I’m tending to agree with you said Mr. Maitland.

But commissioner Nancy Ramer objected with both Tesei and Maitland.

“This is not, at present, non-conforming in a zoning sense. This is a building that is presently conforming to our rules,” Ramer said.

“No it’s not,” insisted Tesei, likening the situation to that of 88 South Water St in Byram where ten years ago, the Wahba brothers applied to build condominiums where there had been a business with an office and oil tanks for distribution.

“The commission ultimately determined that the non-conforming use – tanks and some outbuildings – could be changed to another non-conforming use and replaced with a residential, non-permitted use.” – Attorney John Tesei, on approval of condo development 88 South Water Street, “Greenwich Landing”

“That’s a good example and precedent. You have to realize when it comes to non-conforming uses when you read cases you need an understanding of the building regulations. We happen to have fairly liberal regulations,” Tesei said of Greenwich. “Your regulations give you that authority.”

Tesei distributed a year’s summary of funeral services handled by the Castiglione Funeral Home before yielding the microphone.

Attorney James Fulton spoke next disagreeing with Tesei, arguing, “You can substitute a non-conforming use under certain circumstances, but not expand it. You can’t expand the physical plant.”

“You can,” said commissioner Maitland.

Fulton next cited a Connecticut Supreme Court case. “In the Raphael Case, the Supreme Court of Connecticut said, ‘Nowhere in the Greenwich regulations is there any indication that the extension of a non-conforming use is to be permitted,'” he said.

“I’m getting strung up now, aren’t I?” Maitland laughed.

Quoting Mr. Maitland, Mr. Fulton stated, “You said, ‘What we have is jobbing, is a permitted use, and you’re asking that the use be changed to funeral home which is not a permitted use.’ And Mr. Brooks said, ‘Let us assume they cleaned up their act, the present occupier, then that would be conforming.’ Then Mrs. Alban said, quite eloquently…the use is a conforming use, but being done in a non-conforming way.’

Fulton quoted Nancy Ramer agreeing with Alban on June 17. “It’s founded on case law. The presently being carried out there, the jobbing use use is permitted. Jobbing facilities have been there as long as we can go back and trace the history. It’s a permitted use.”

An attorney for Mr. Servidio and his family who own properties at 22 Ridge St and 33 Cognewaugh, argued against the Castiglione application.

“This doesn’t comport in any way with what the municipal code intends. My client looks at Valley Road which becomes an alternative to the I-95 corridor when I-95 backs up, which the client would admit are hours of peak operation,” he said.

Mr. Tesei got the last word, referring to Mr. Fulton’s argument as irrelevant. “It has nothing to do with how you’re operating. It has to do with the physical presence. The issue is whether the substitution has merit or not, or if it will impact the area.”

“It’s interesting that Mr. Fulton got up here and did not state the names of his clients and where they live.” – Castiglione Funeral Home attorney, John Tesei

“Certain commissioners are hung up on the idea of adding to an existing building. There could be no building on the site,” he said emphasizing again his assertion that the commission has the authority to decide whether the neighborhood would be better served with a different non-conforming use.

Mr. Heller said the commission had been in receipt of a letter from Bridges School suggesting negative consequences of the proposed funeral home.

“In my opinion there are mostly cons. Aside from our differences in opinion. We only have two choices. It’s either vote it down or refer it to legal observation to the law department,” said Maitland.

“If we have serious misgivings about the use, we shouldn’t waste their time,” said Alban.

The commission decided to leave the application open and it next goes to the September meeting.

*Sec. 6-141. NON-CONFORMING BUILDING AND USE: RESTRICTIONS.

(a) In addition to a building becoming legally non-conforming pursuant to Sec. 8 -13a of Connecticut General Statutes, any building, lot or use, lawfully existing on February 1, 1926 or on the effective date of any amendment thereafter to these Regulations, may be continued and its non-conforming status shall be deemed lawful, provided that with respect to use the non-conforming use must be actual and not discontinued for any period in excess of one year and maintained within the same structure as existed on February 1, 1926 or on the date that said use conformed to these Regulations.

(b) A non-conforming building, lot or use, or the building in which a non-conforming use occurs, may not be changed, altered or added to except in accordance with the following: