On Tuesday morning the Town of Greenwich and Ashforth Company announced a major $45 million redevelopment of Greenwich Plaza including the train station. 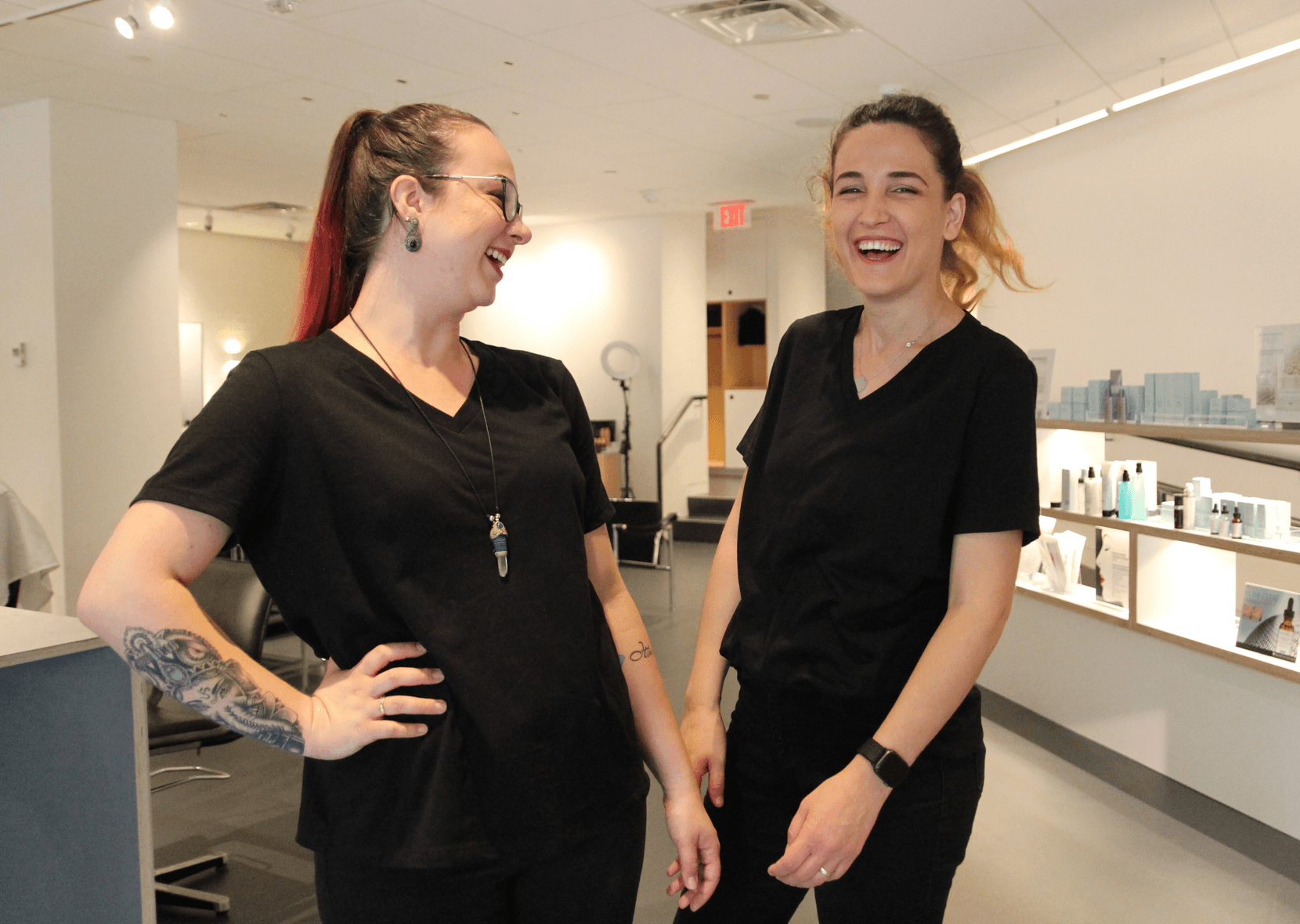 While the project took many by surprise, the three retail establishments on Railroad Ave between Arch Street and Steamboat Road had notice they’d need to leave at least until the project is complete.

According to the narrative submitted to Planning & Zoning only Citibank will return once the redevelopment is complete.

For Hopscotch Salon, a tenant since 2003, an opportunity to relocate to the Hyatt Regency Greenwich in Old Greenwich was timely.

The new salon has been in the works since January.

The salon’s last day on Railroad Ave was Tuesday. The move took place on Wednesday. On Thursday morning Hopscotch opened its doors inside the Hyatt.

Clients were guided by signs from the revolving doors toward the atrium, with its lush greenery, mature trees and water features. Across the atrium, the spacious salon, which is roughly the same size as the one on Railroad Ave, is located inside a wall of windows.

“This place is an oasis away from the hustle and bustle of downtown,” Oe said. “We like the serenity of the atrium just outside the doors. And the parking is free! No more quarters!” 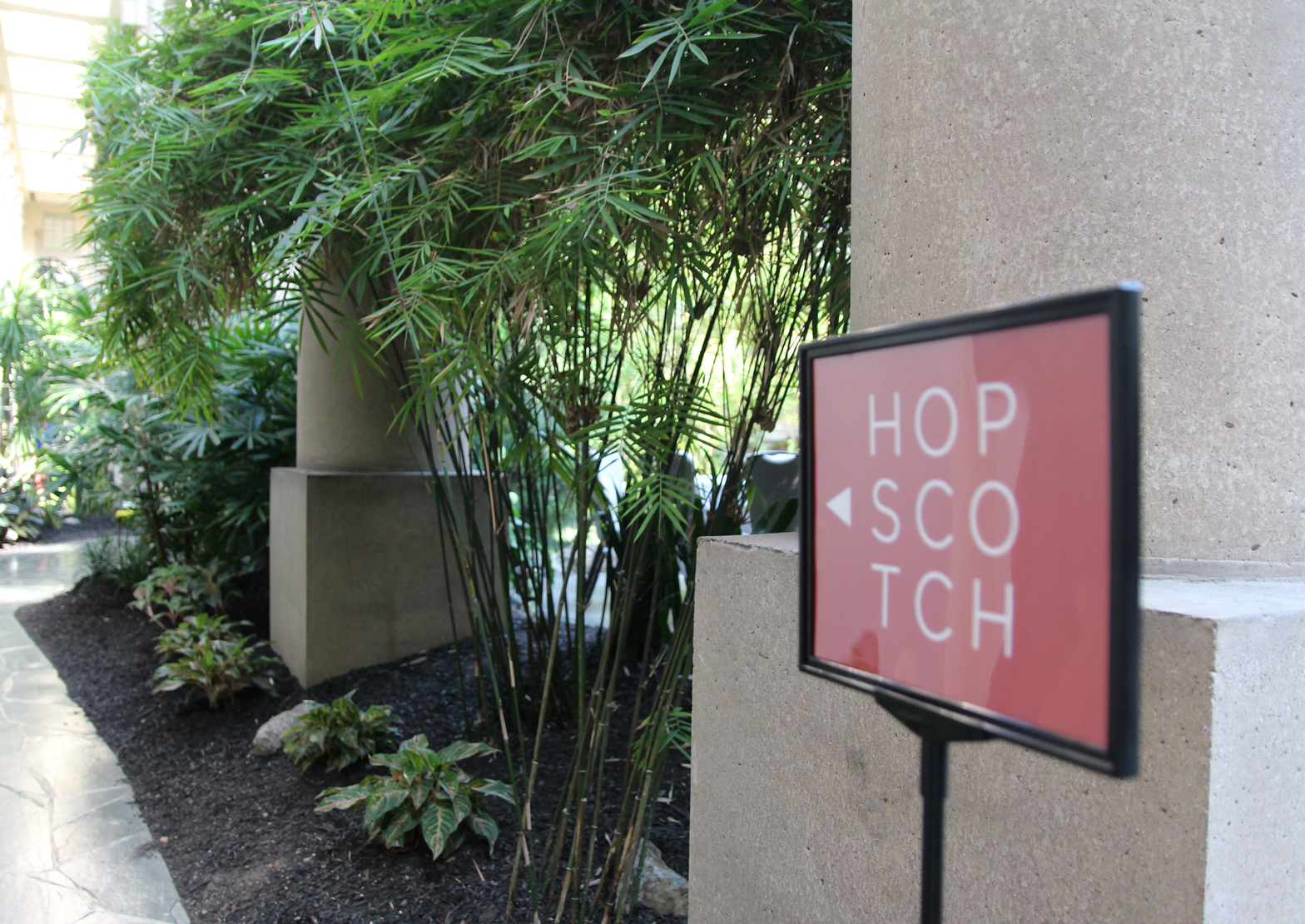 Clients simply swap the ticket they receive from the machine on the way into the lot with one from Hopscotch to exit without a fee.

Mr. Oe said his existing clients are making the move to the new location but Hopscotch is adding clients from Old Greenwich and Riverside.

“We’re also adding clients from Stamford, including millennials who live in places like Harbor Point,” he said. “It makes sense because our staff is young and have so much energy.” 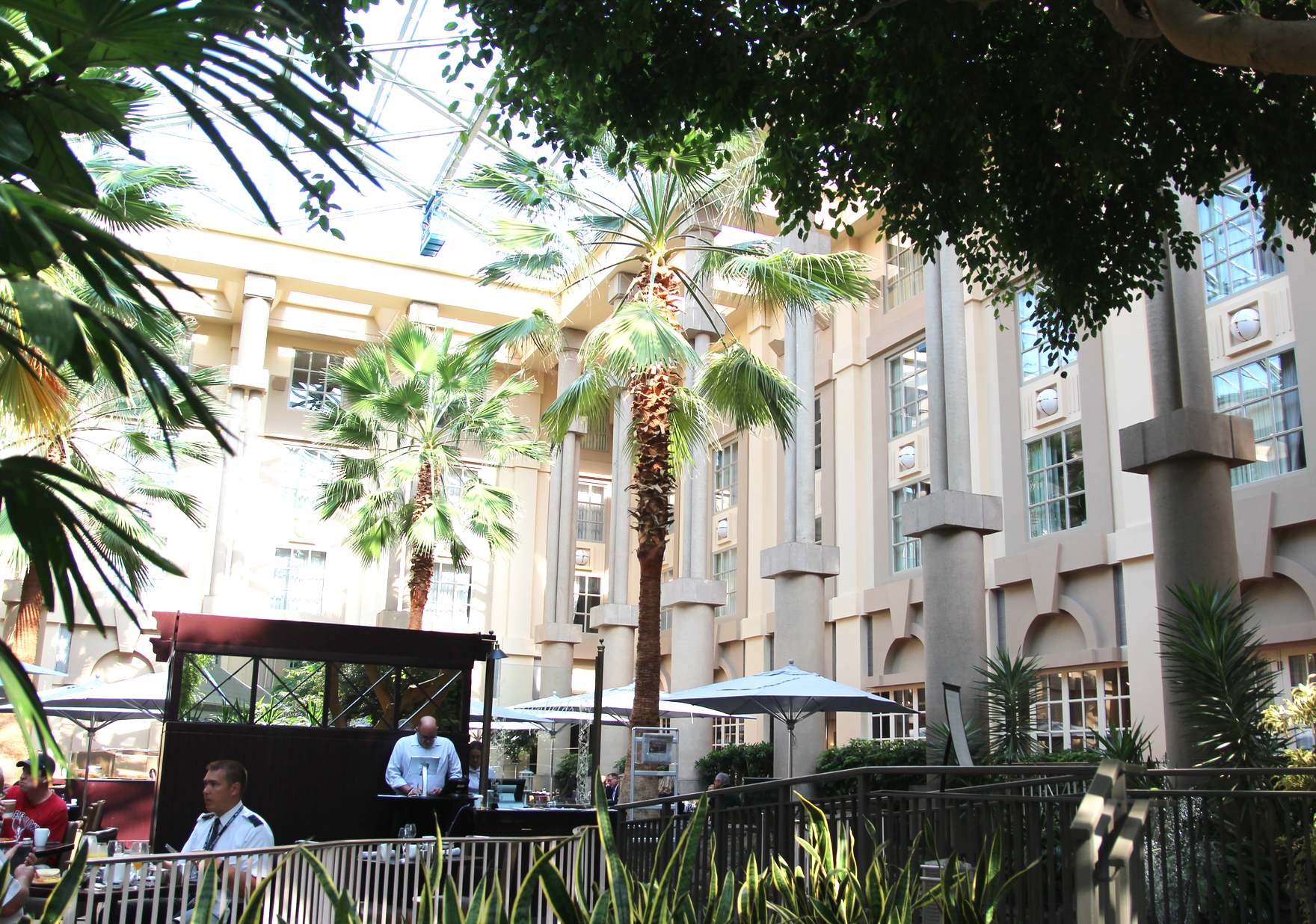 Hopscotch clients follow the meandering path through the atrium at the Hyatt Regency Greenwich to the salon’s new location. July 11, 2019 Photo: Leslie Yager

“Part of the experience is passing through the atrium,” Oe said. “It goes with the relaxing experience of getting your hair done and being pampered.”

“There atrium also has a restaurants and a bar so friends can meet up before or after they come to Hopscotch,” he added, referring to Winfield’s which offers breakfast and dinner, and Gazebo Bar & Grill which offers all-day dining.

Longtime client Laurie Nelson of Cos Cob said she has been with Hopscotch from day one. 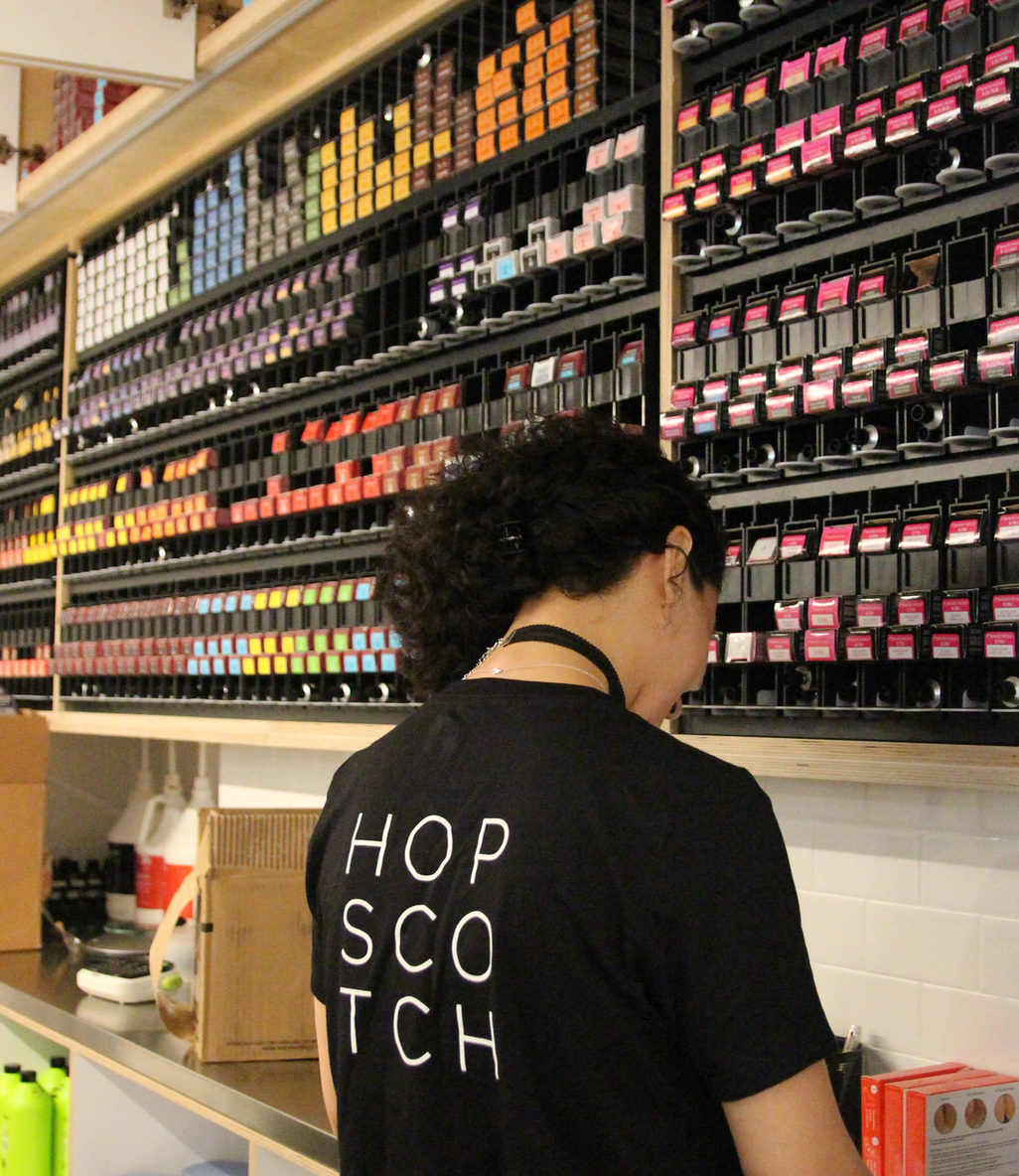 “I used to schlep to New York city to Pierre Michel Salon. Then I saw an advertisement that Hopscotch was opening on Mason Street and I was Hisao’s very first client in 1993,” Nelson said, gesturing to Mr. Oe. “I was there for the ribbon cutting. Now, they’re like family to me. I’ve watched their four sons grow up.”

“He’s a great operator, ” she said of Oe. “He’s phenomenal and professional. Even when the salong became bigger he’s stayed humble.”

Ms. Nelson said she later followed Hopscotch from Mason Street to Railroad Avenue in 2003 and was proud to be the first client through the door on Thursday at the Hyatt. 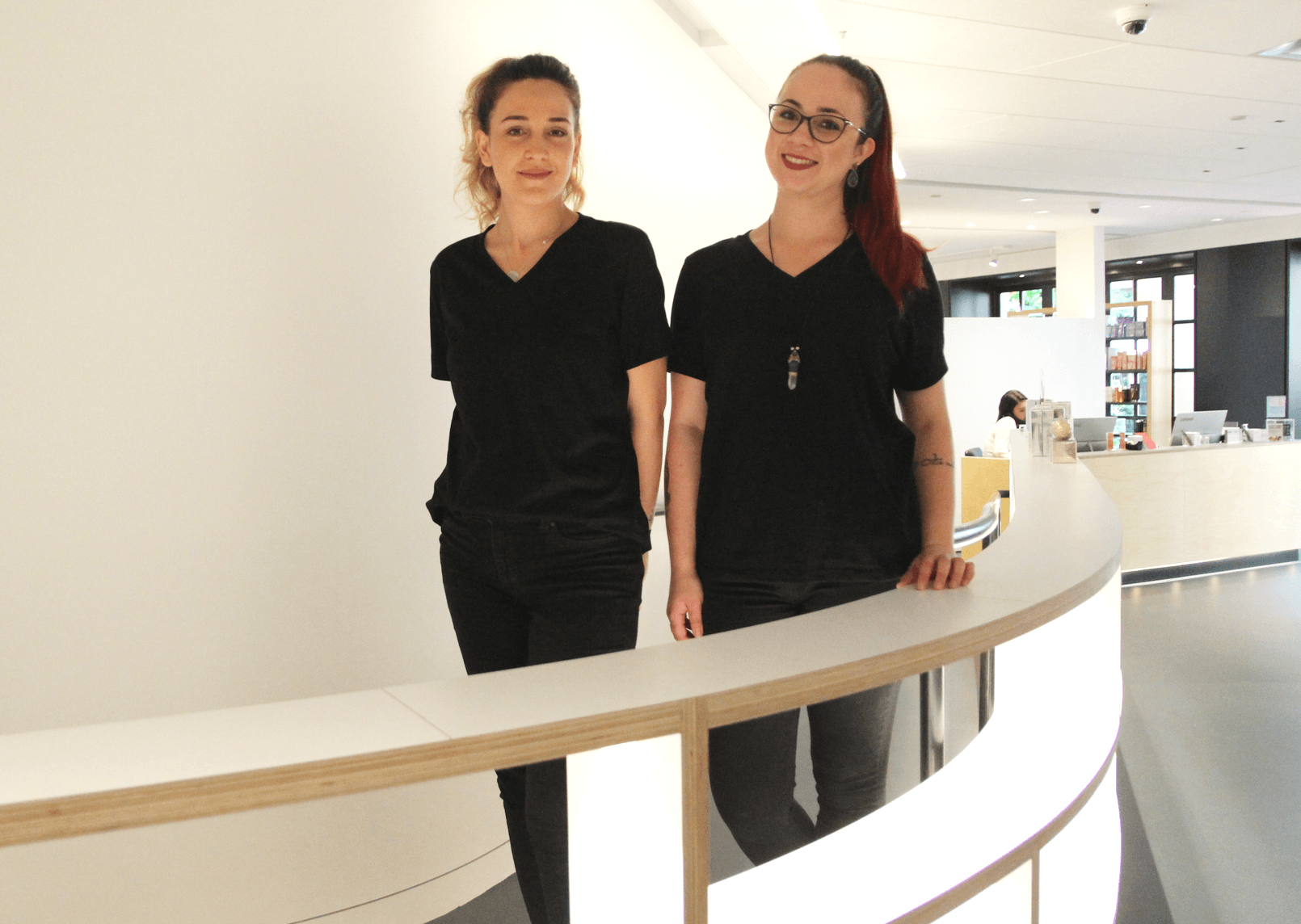 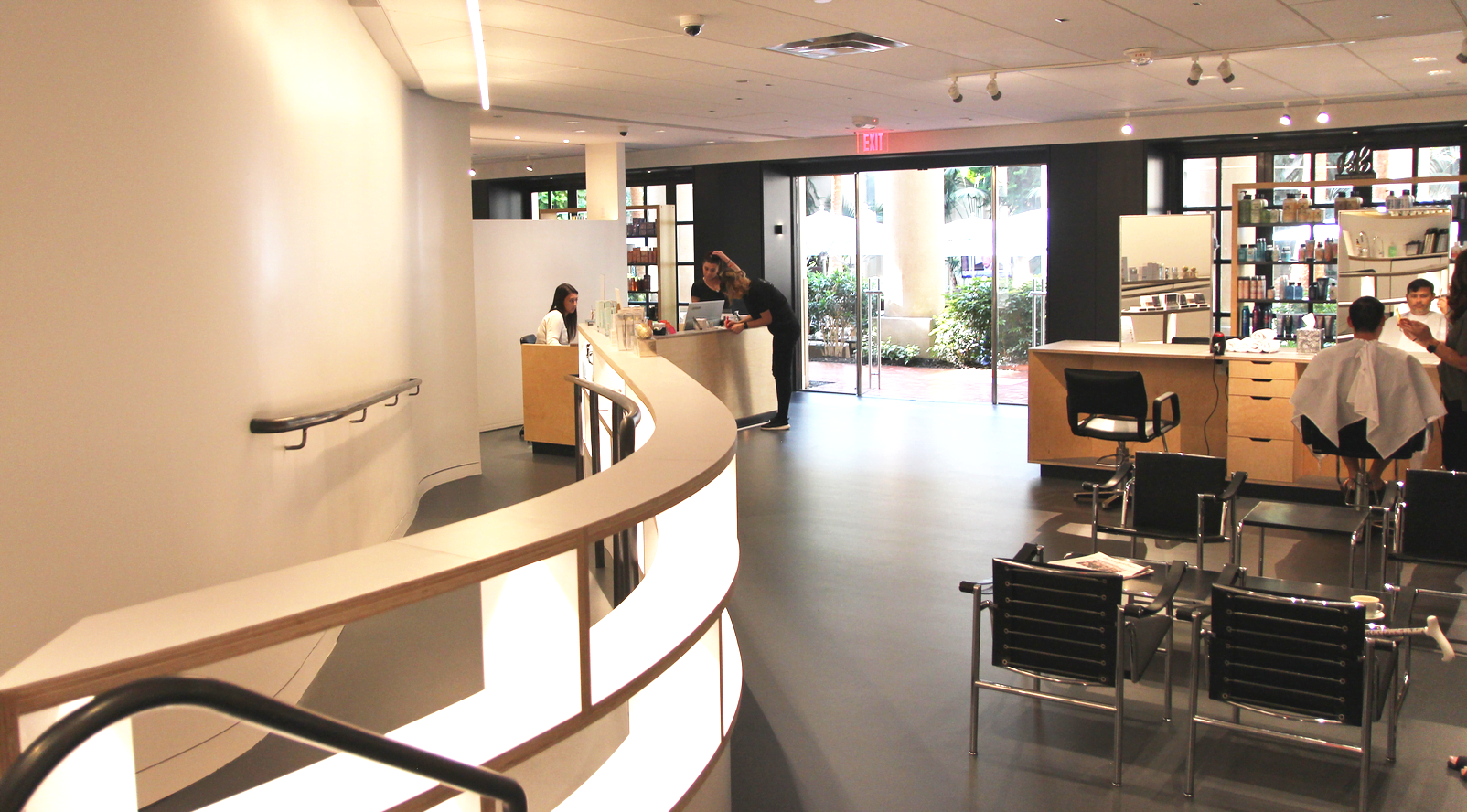 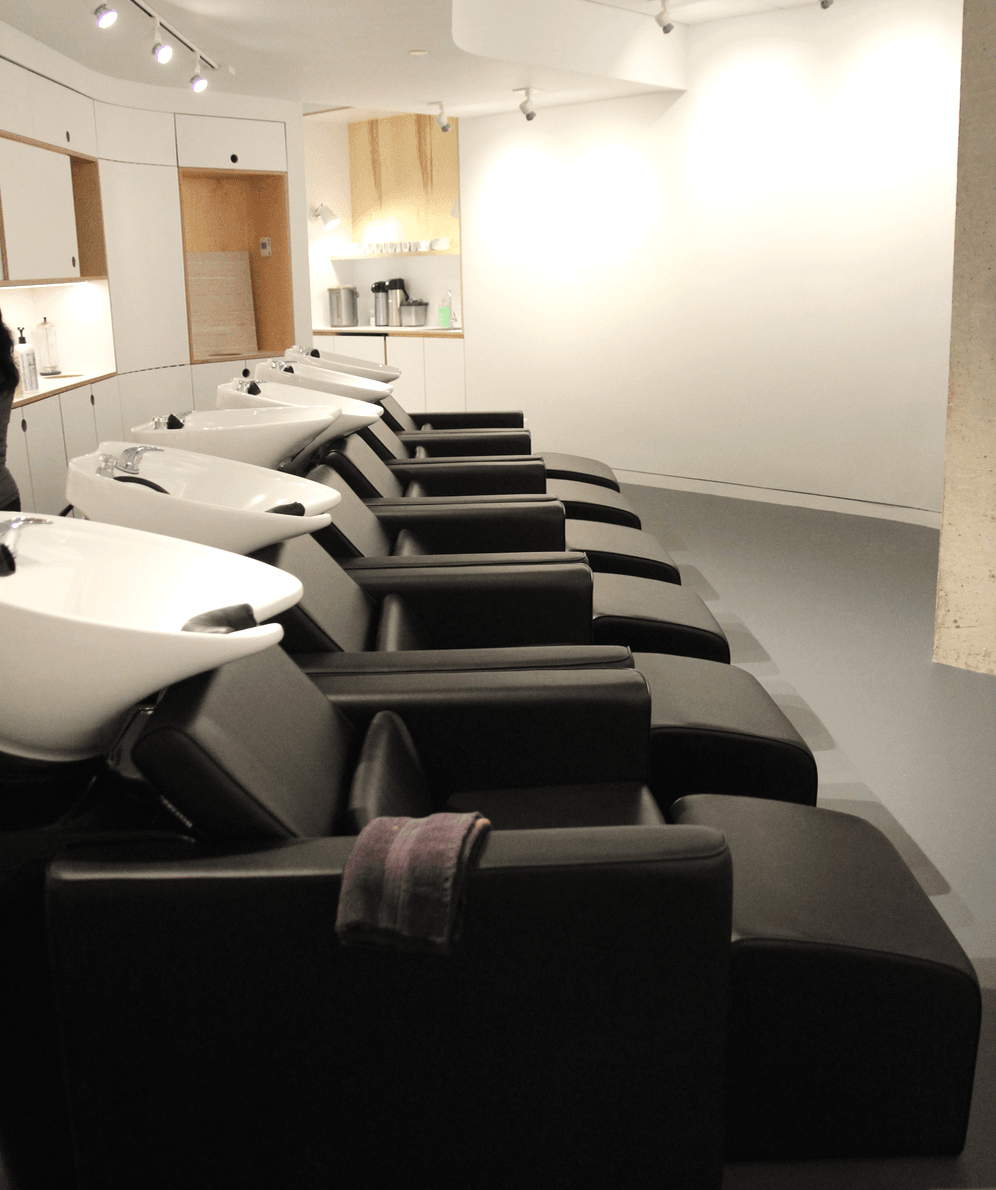 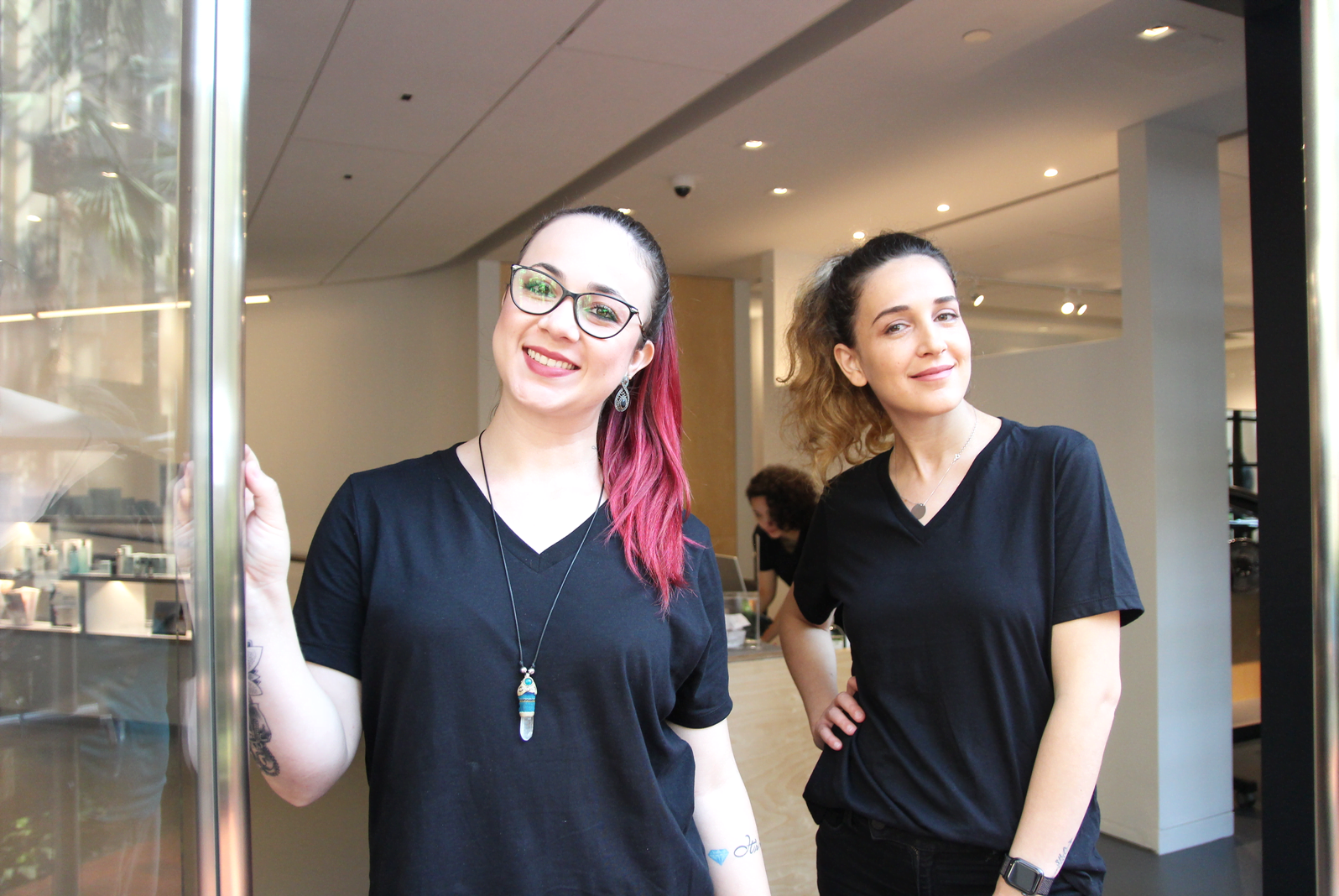