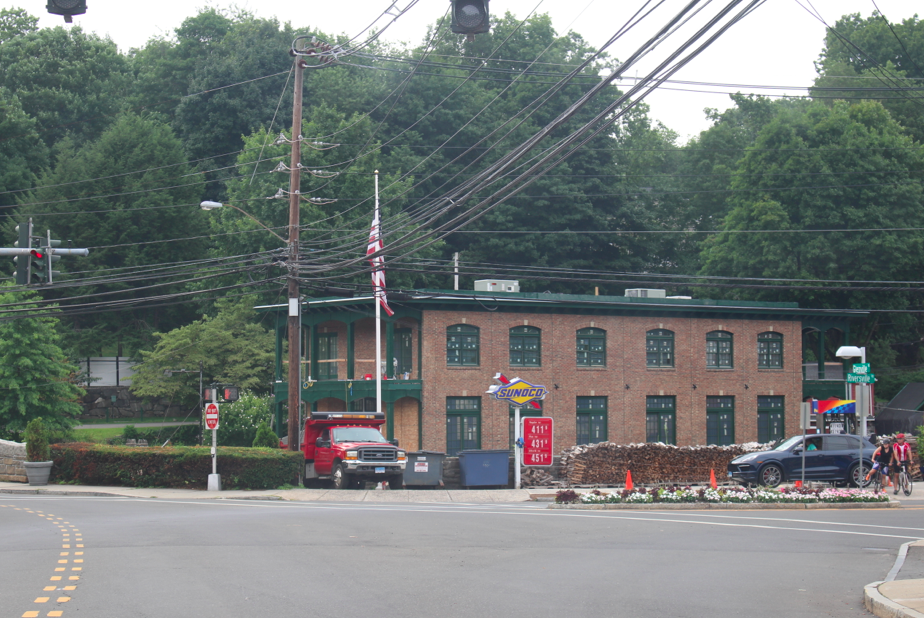 During the July 29 Planning & Zoning meeting Riversglen LLC’s proposal for final site plan was approved, but not without a raft of conditions.

Eric Brower said Susan Scully, owner of Watson’s Catering, wishes to occupy the downstairs of the nearly completed building at One Glenville St and close her two existing locations in 87 and 201 Pemberwick Rd. 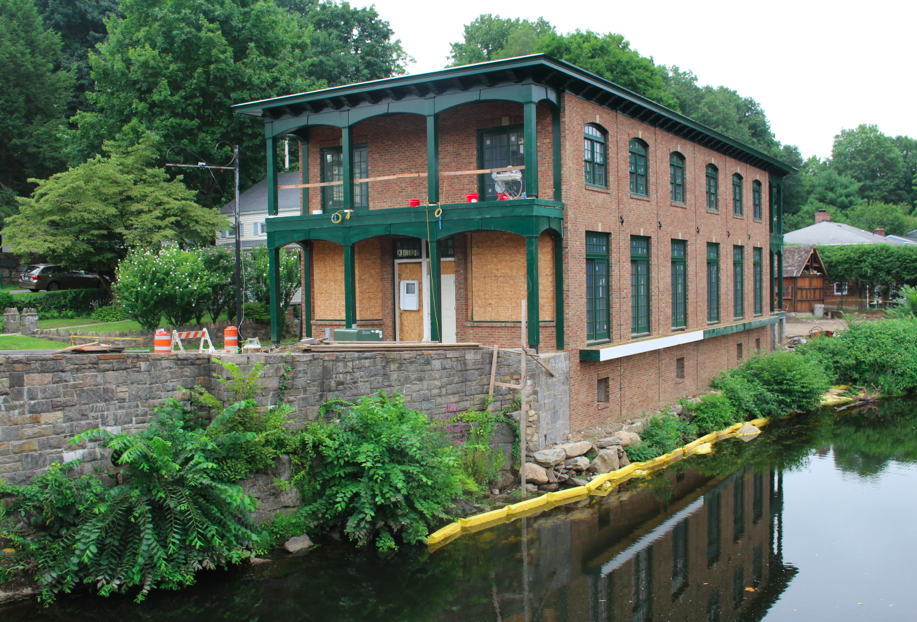 Off the Table: Crosswalk & Parking at the Mill
Mr. Brower reported that the proposal no longer seeks parking across the street at the Mill, which would have involved written permission from the owner, and installation of a crosswalk across Glenville Rd, roughly at mid point between the two traffic lights (one at Riversville Rd and the other outside Stop and Stop). 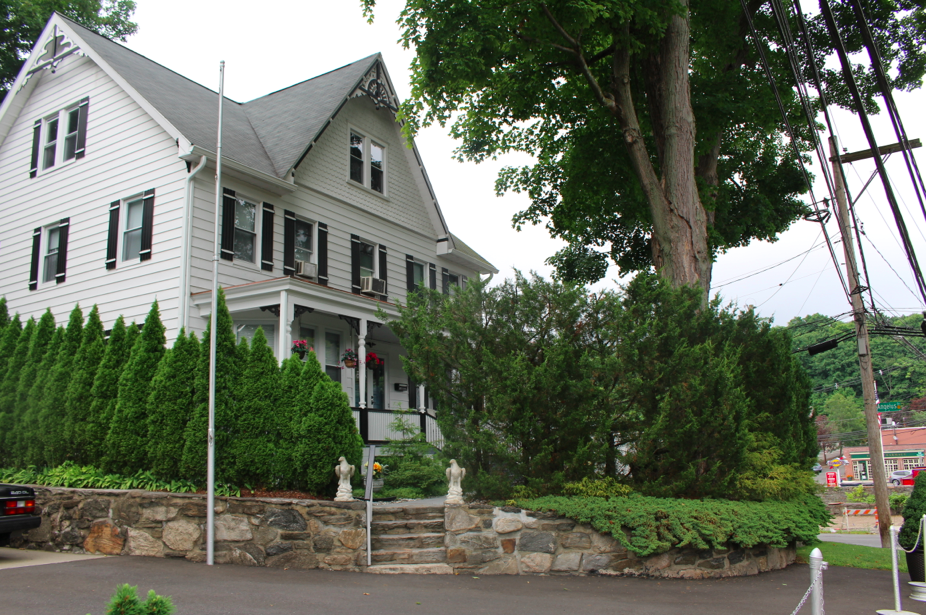 Monica Pottgen, a Glenville Street neighbor asked for clarification of distinction between daytime and evening events and where guests would park.

Mr. Brower clarified that operating as a Retail Food Establishment, Watson’s would primarily be prepping food during the day for offsite events. 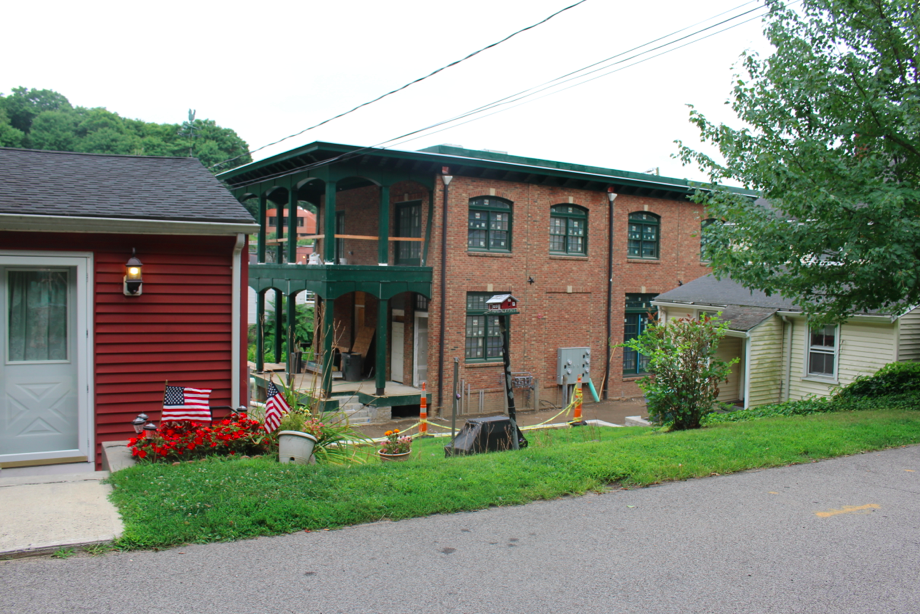 “The proposal of 30 person events is off the table,” Mr. Maitland explained to Pottgen, adding that Watson’s guests will be limited to using the parking spots on site, “and operate as a deli would.” As a retail food establishment, just like a deli, Watsons would be entitled to hosting two private evening tasting events a month without liquor.

Mr. Brower said that earlier in the day he had submitted copies of several letters in support of the proposal to P&Z, including one from Mr. Ralph Vuolo,  co chair of the Glenville Preservation Association. Another letter of support was from Hope Jayes, who lives on Angelus Drive immediately behind the proposed Watson’s site. Also, Brower reported that Kathy Tyburski, an immediately adjacent property owner who shares a driveway with One Glenville Rd, submitted a letter in support. Brower said there were three other letters in support.

Mary Hull on Watson’s: A Huge Asset, Plenty of Parking at Night in the Supermarket
Mary Hull, who has been the director of Green & Clean for 30 years, spoke during the public comment time. She said she had been involved in five different planning studies in Town, and described Watson’s move to One Glenville Road as “a huge asset.” 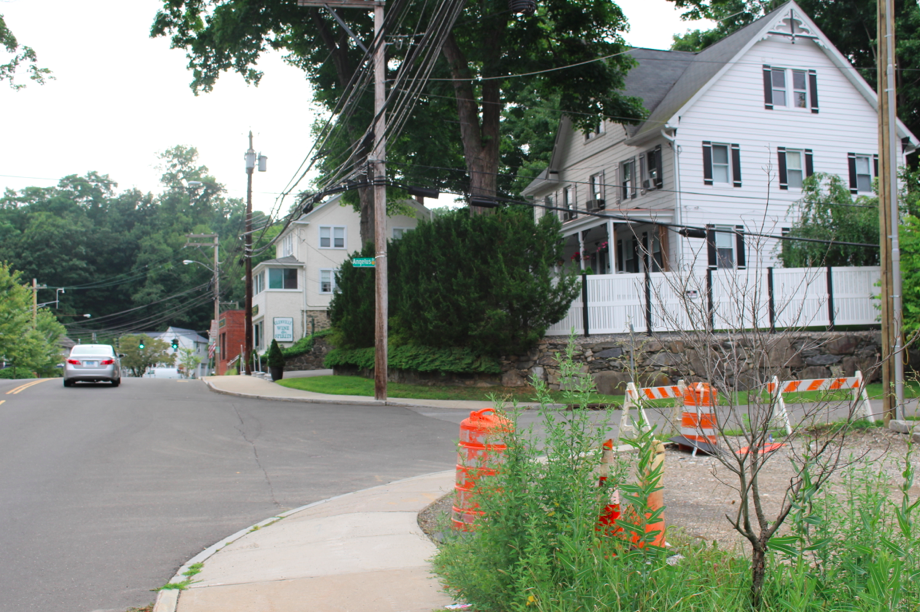 “I see because my office is on Pemberwick Rd and every night I struggle to get out of Pemberwick Rd to take a left to go to the supermarket. …So this appears to me to be terrific terms of planning,” Hull said. “Green and Clean has been focusing on making the area beautiful. We have been clearing Glenville Green so I am looking for foot traffic.” 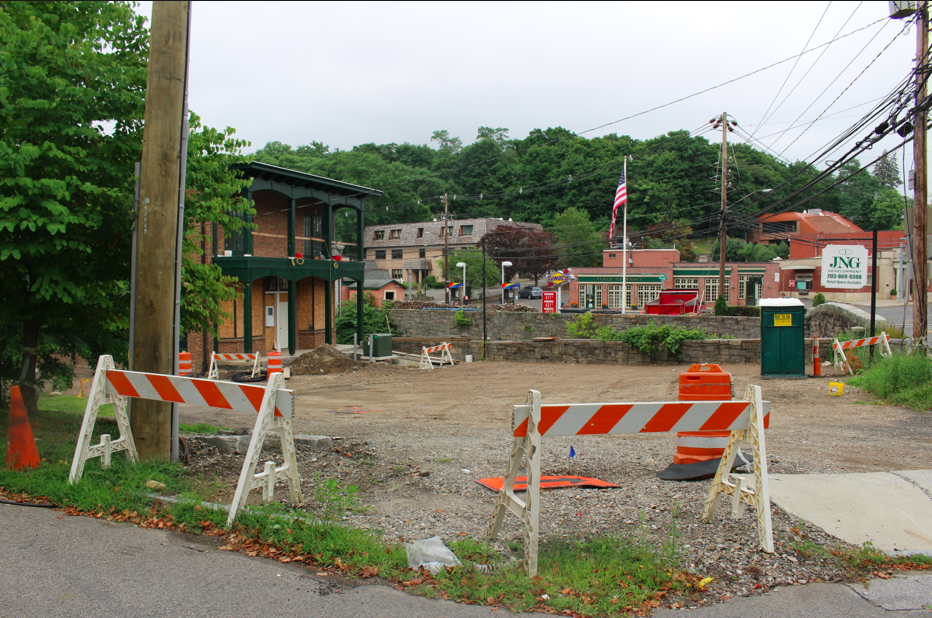 “My POCD listening ear heard all the people worrying about big box stores, chain stores and expensive stores. This is a local lady, opening a 25 year successful business,” Hull said. “I have experienced her catering often and it is terrific, she will be able to have more tastings….”

“I’m hoping that because parking has not been a problem — traffic has been a problem, not parking — that they could walk one block down to the empty supermarket. There is plenty of available space in the supermarket.” – Mary Hull, Director of Greenwich Green & Clean

“I’m sure if she had table and sit down dinners, they could walk one block to the empty supermarket,” Mary Hull suggested. 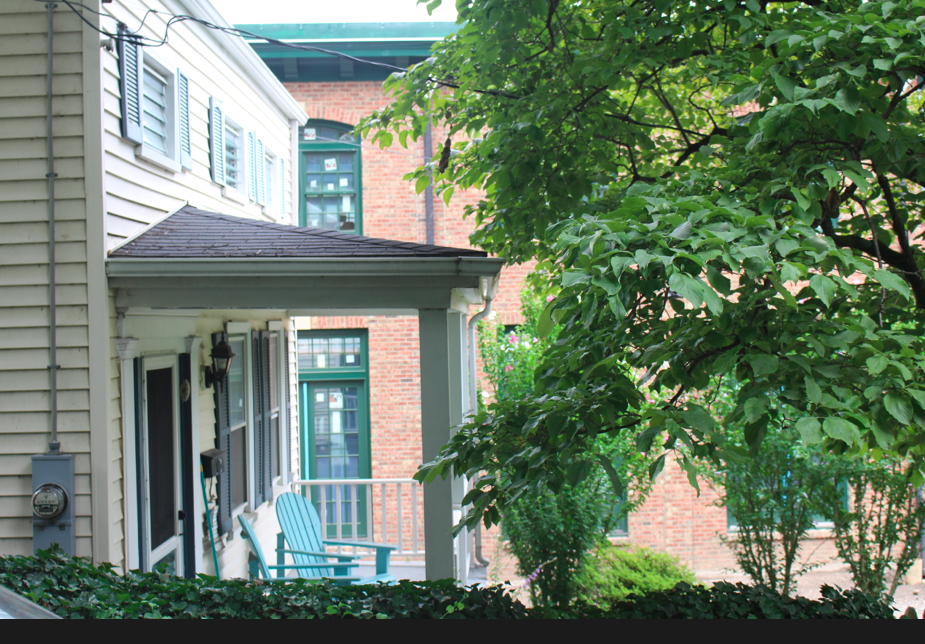 In his letter of support, Mr. Vuolo, the co chair of the Glenville Preservation Association, listed the 12 conditions agreed to with the Zoning Board of Appeals of and the a group of his Glenville neighbors:

The commission voted to approve the final site plan with the conditions listed above.