At the May 20 P&Z meeting, there was discussion about the final site plan for 1 Glenville Street, and specifically, Watsons Catering’s anticipated move to the newly constructed building’s ground floor, where they would like to host private, in-house tasting events.

The building is approved for two retail stores and two apartments upstairs.

Accompanied by Susan Scully of Watsons, consultant Eric Brower addressed the P&Z commission on behalf of Riversglen LLC, the owners of the building. 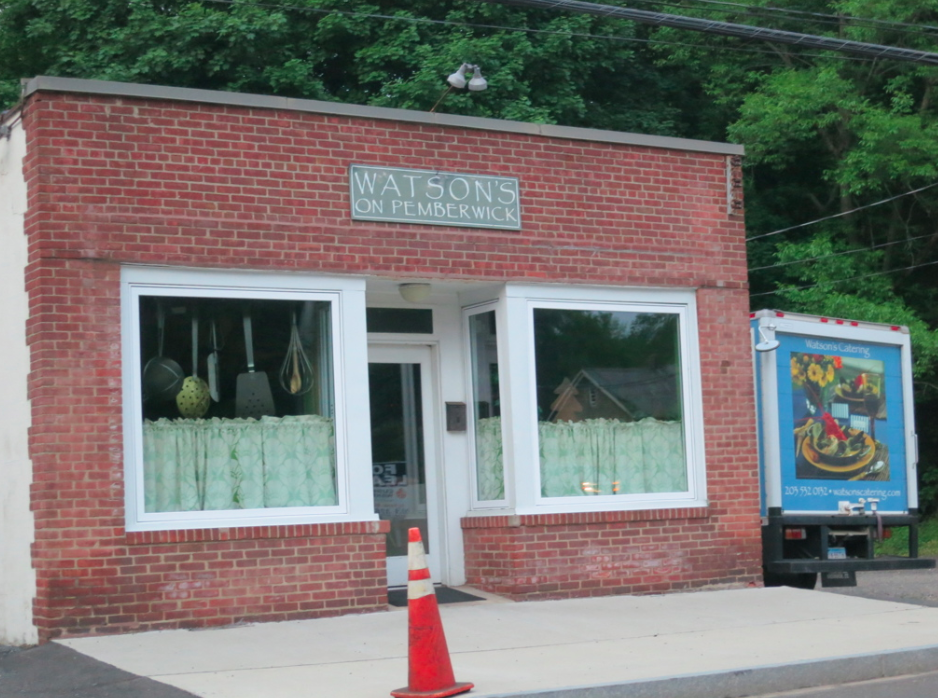 Watsons Catering business is currently located in two buildings on Pemberwick Rd. Brower said the move will represent an opportunity for Scully to make her business more efficient and have a new kitchen for her catering business.

“It doesn’t turn us into a restaurant or a bar,” Brower said to the commissioners. Rather, he explained, Scully proposes to host two private events per month after 6:00pm. He said the in-house events would “introduce people to her operation, tasting events, not open to the public, but pre-arranged within invitee lists specific to a particular event.”

Though she would like to operate private events at the new location, Brower explained that Scully’s business would remain primarily catering offsite events.

There was some back and forth about definitions of a restaurant versus a retail food establishment, corresponding parking requirements, and where a catering establishments with private, evening tasting events fits in. Members of the P&Z commission were not unanimous in their opinions.

Commissioner Nancy Ramer said the approximately 30 caterers in Town are by definition ‘retail food establishments.’ She said the caterers’ events are not held on premises except with a limit of 12 seats, and that they primarily offer take-out and catering done off premises.

“It just seems unfair to all of those folks, cuz those are the rules, to change gears here,” Ramer said, adding that the Watsons proposal sounded to her like a restaurant.

Brower said there is a reason other caterers don’t do evening tasting events. “That’s not because they’re following some rule,” he said. “It’s because they don’t have the space,” Brower said.

“Get yourself licensed as a restaurant so that you can do what you want to on premises,” Ramer suggested.

“We don’t want to be a restaurant,” Brower replied.

“Once you go over parking for 12 cars, you’re out of the retail food establishment,” said Ramer. “I think the whole contemplation of this is ‘off premises.'”

The items was left open. Among other details, P&Z asked Watsons to return at the June meeting with more thought to parking. Specifically, they sought a letter from the business across the street from One Glenville St who Brower said has offered spots for valet parking after 6:00pm for private events at Watsons.

Watsons is next scheduled to be part of the  June 4, Zoning Board of Appeals public hearing at 8:00pm in the Cone Room at Town Hall: “No. 2 PLZE201400234 1 Glenville Street, Greenwich. Appeal of Riversglen, LLC, for a variance of alcoholic establishment separation distance to permit the consumption of alcohol at a catering business located in the LBR-2 zone.”