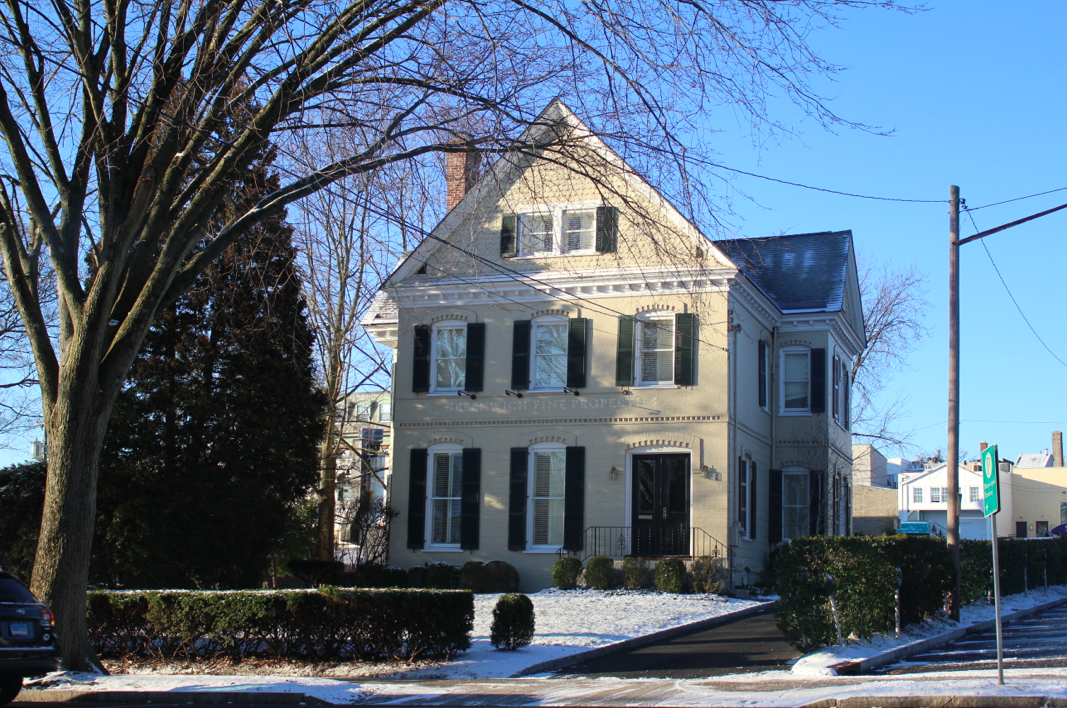 During Tuesday this week’s P&Z meeting, the commission entertained an application that, if approved would see a men’s suit company, Suit Supply, arrive on Mason Street.

The owners of the 1880 structure, “80 Mason Street, LLC,” had their application reviewed for a final site plan and special permit to convert a real estate office into a custom clothing store, including adding 575 sq ft of active space in the basement.

There were two issues of concern to the commissioners. First, there is a parking deficiency. That said, the application is set to go before the Historic District Commission who may approve a facade easement. In that event, P&Z may be willing to ease parking requirements.

At Monday’s P&Z staff meeting, there was discussion about how many historic structures are being lost in Greenwich, and at least one commissioner said she hoped that before future demolitions there were a protocol to chronicle historic structures for posterity.

At one time, the building at 80 Mason Street was a funeral home, but most recently it was the home of Greenwich Fine Properties. The 3-story building last sold for $3.9 million in 2012 according to the Assessor’s office. It sits on .2489 of an acre in the Central Greenwich Business District.

The second issue of concern during the P&Z meeting was the proposed use of 700 sq ft of active space in the basement.

The findings of the HDC will be instrumental. The historic commission will review the proposal on Jan. 14.

Mr. Maitland said his recollection is that in the building’s basement there is office space, though he is unsure it was approved. “That building was stuffed to the rafters,” he said of his memory of his last visit several years ago.

Also, according to Ms. Tyminski parking had been tricky for the real estate company. “They double stacked the parking in the back, double parked for office use,” she said. Stacked parking would not be an option for a retail operation, though there are adjacent municipal parking lots and metered parking on Mason Street.

The applicant said that with a re-striping of the existing lot, they could offer 10 parking spots and one ADA compliant spot. They assured the commissioners that though there are eight employees, they work in shifts and there would only be three working at a time.

Lastly the commission inquired about deliveries, which the applicant said would arrive by box car. The commission said they would likely recommend requiring deliveries to be after hours.

The applicants were represented by Chris Bristol, who assured the commission that the Suit Supply would be no more non-conforming than its predecessor.

The applicants described their business as intentionally not located on Greenwich Ave because they seek to be “a secret.” They plan to offer mostly off-the-rack suits, as well as tailoring on premises, and be open from 11:00am-8:00pm on Monday through Saturday and Sundays noon until 6:00pm.

During the Historic District Commission there will be further discussion of adding a porch to the front of the building, as there was evidence the building, once a family home did originally feature a porch.