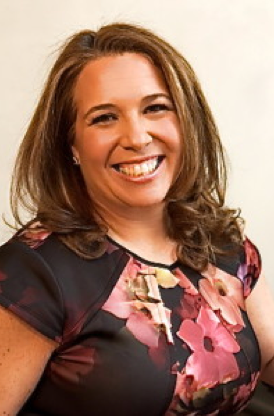 Linda Orton of The Unicorn Continuum.

Did you know LinkedIn is available to 14-year-olds? Yes, and it has been so for two years.

During  her presentation entitled “Getting the social edge” at Fusion Academy Greenwich last week, Linda Orton, a marketing and recruitment expert who runs  TheUnicornContinuum.com, said surprisingly few teens have jumped at the opportunity. And, yes, it is an opportunity.

In fact, she said teens may not yet be aware that a clean, carefully cultivated online presence may offer an edge in college admissions.

Orton said that during the admissions process, borderline students may find themselves rejected if admissions officers discover something negative in their social media.

Indeed, one New York Times article, “They Loved Your G.P.A. Then They Saw Your Tweets,” warned that while high school seniors sweat over their applications, they may unwittingly hurt their prospects by posting casual online comments and photos. 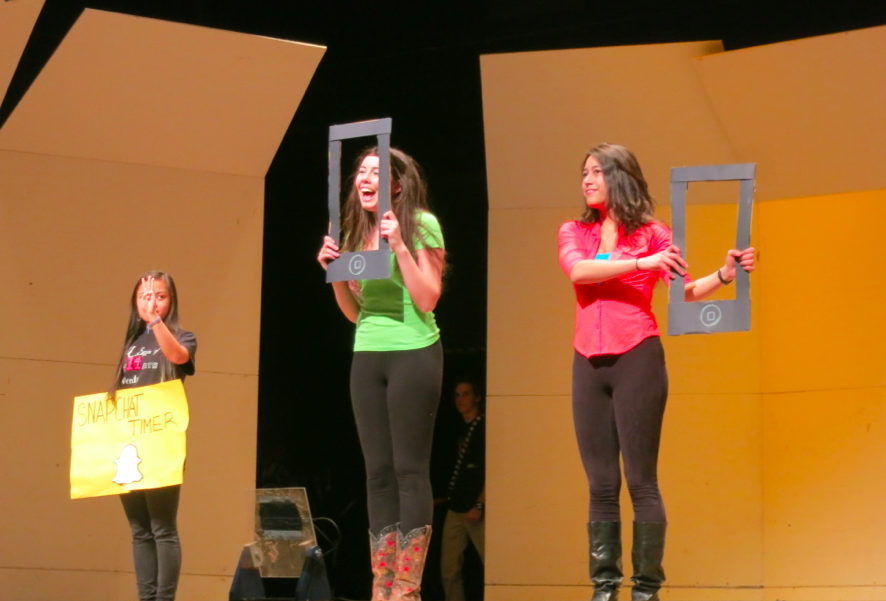 According to Kaplan’s survey, what triggered admissions officers’ perusal of the social media of an applicant may be their application for a school scholarship. Or, they may want to verify a significant award or a special talent. The search may have to do with a criminal or disciplinary record.

There is a corollary to the damaging consequences of a negative online presence. A positive, carefully cultivated digital footprint can be helpful in the increasingly competitive college admissions process where the number of slots is static, but the number of applicants has increased. Orton characterized social media as an amazing tool.

Specifically, she pointed out that a LinkedIn profile will pop up high in an online search, though, she pointed out, “It’s not instead of test scores, grades and essays. It’s in addition.” She predicted that soon, teens will ask for their references through LinkedIn.

For her slideshow presentation at Fusion Academy, Orton received permission to share the LinkedIn page of a Greenwich High School graduate. She pointed out that the boy, now in college, wore a suit and tie for his headshot and populated his profile with rich content. Specifically, he listed clubs, honors, activities and volunteer gigs that demonstrated his passion for the environment and sustainability. 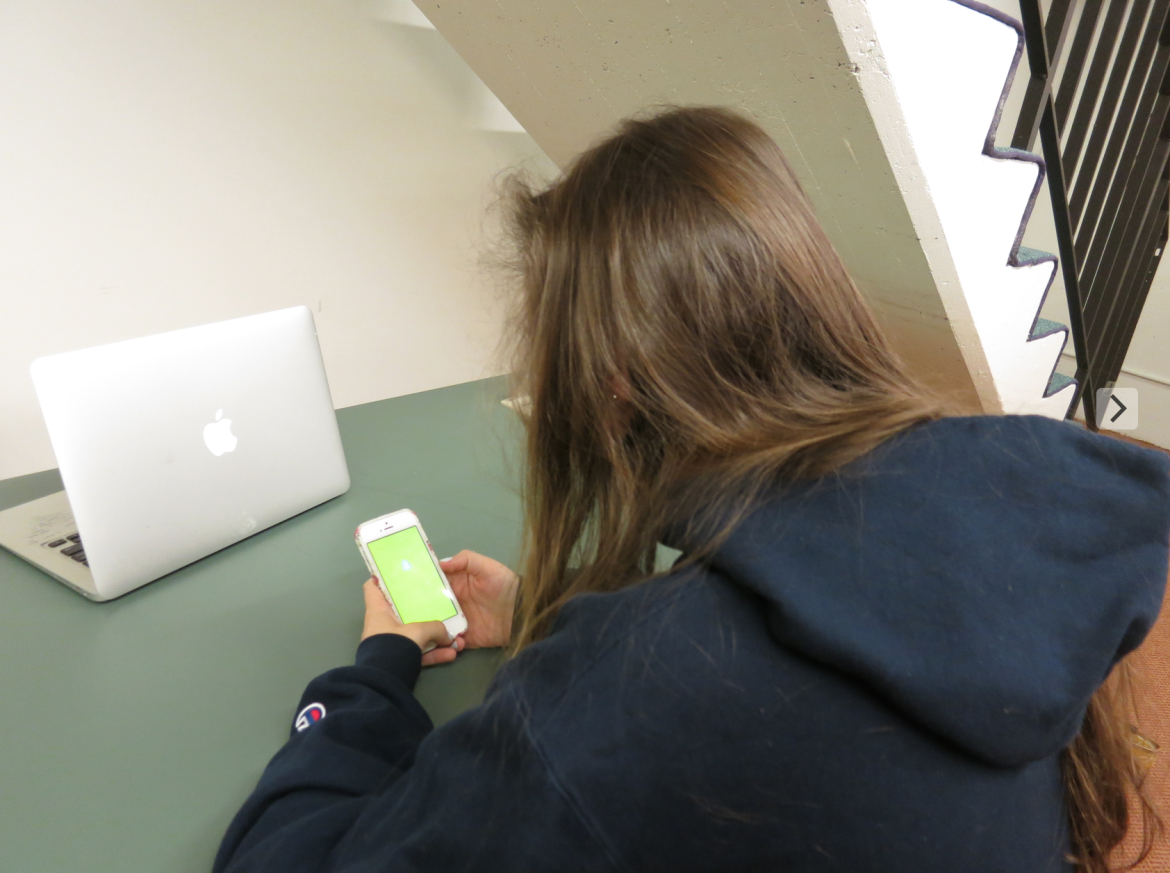 What’s key is that a teen who has a passion for a hobby, topic or career take advantage of online tools to explore and share their interest, and make connections.

Social media content should dovetail with claims made on an application. Orton also recommended using Google Alerts to stay informed on topics of interest. 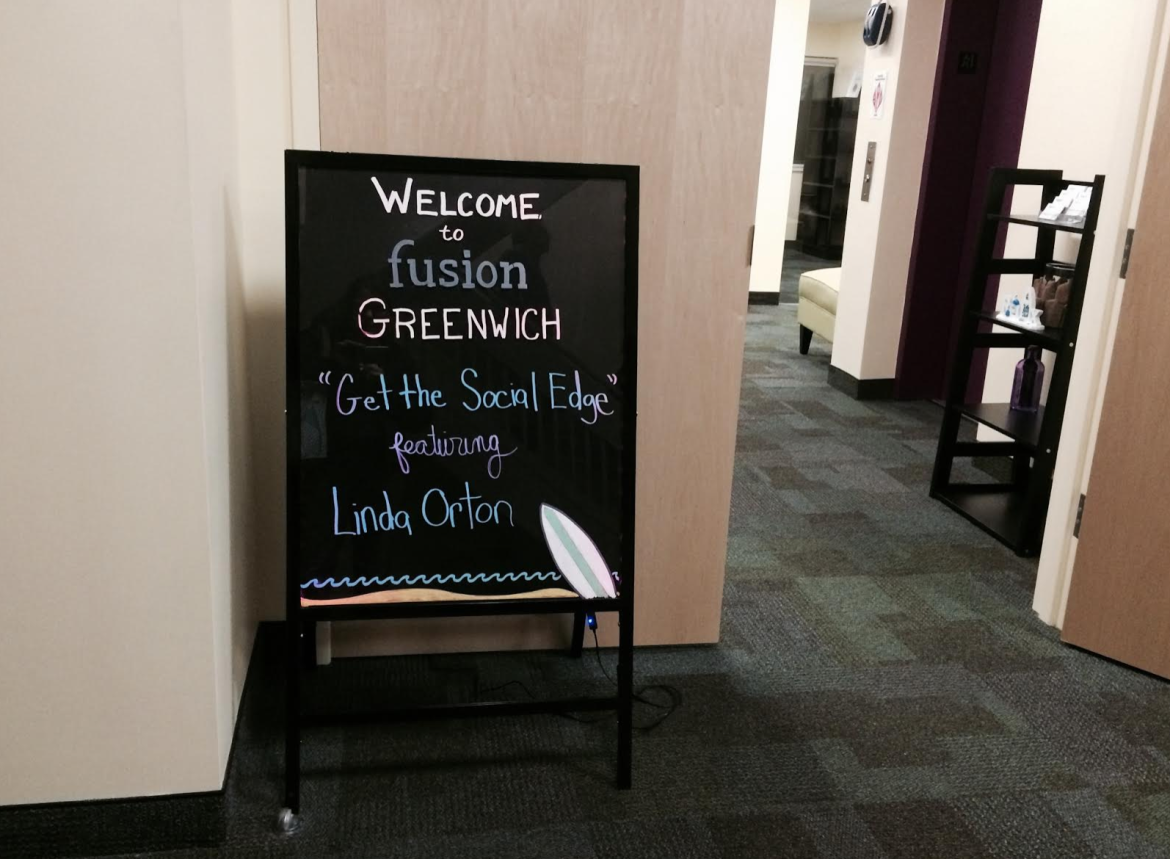 YouTube
Another tip from Orton is to consider publishing a nicely done YouTube video that showcases passions or talents.

“When it is done professionally, it can be quite powerful,” Orton said of YouTube videos. A student who excels in the musical or theater arts, or a sport, can benefit from having that showcased in a video.

“YouTube doesn’t care what your video is. They care about the words in the description – not the tags,” Orton said, noting that YouTube is owned by Google, and is the second largest search engine after Google.

But, back to LinkedIn, and its usefulness as a central repository for a teen or adult’s accomplishments and interests. Orton said the platform allows users to publish blog posts and articles. The publishing section of a LinkedIn page even allows users to embed links, slideshows and YouTube videos.

“In a few years, all colleges will do a Google search on every single applicant,” Orton said. “Why not showcase your kid’s talents on social media?” she asked. Though a few parents who attended her presentation were skeptical of their teens using social media due to safety concerns, Orton sees it as a lost opportunity.

“All teens 14-plus should create a LinkedIn profile and start populating it,” she said. Likening LinkedIn to the Common App, she called it a repository of information, all in one place. “LinkedIn is one place where you can be found.”

Orton pointed out that most teens, like adults, don’t turn to LinkedIn until they are looking for a job. But, she said, populating a LinkedIn profile can result in connections and opportunities, including a potential edge in college admissions.

As part of her marketing, professional coaching and recruitment services, Orton also speaks and coaches on Social Media and College Admissions. Orton can be reached at linda@theunicorncontinuum.com. For more information visit The Unicorn Continuum.

When Your Case is Dismissed but Your Online Arrest is Forever…