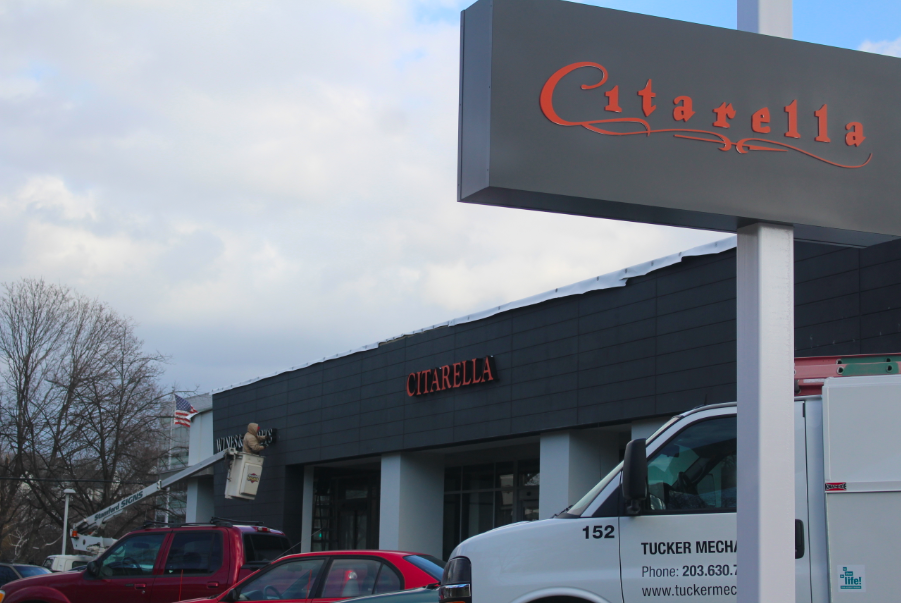 Greenwich is almost out of liquor store permits.

The state has limited the number of liquor stores in individual towns since 1986. And, according to the Connecticut Liquor Control Division, Greenwich Planning & Zoning may issue just one package store permit for every 2,500 residents. The formula is based on the most recently completed decennial census, which was in 2010.

With Greenwich clocking in at 61,171 residents, the town is entitled to 24 permits.

According to Claudette Carveth of the Connecticut Liquor Control Div., Greenwich currently has 21 total permits, which boils down to 19 active, 1 active in renewal, and 1 active by provisional. In addition, she said there are two pending package store permit applications.

Soon there will be just one remaining liquor store permit. 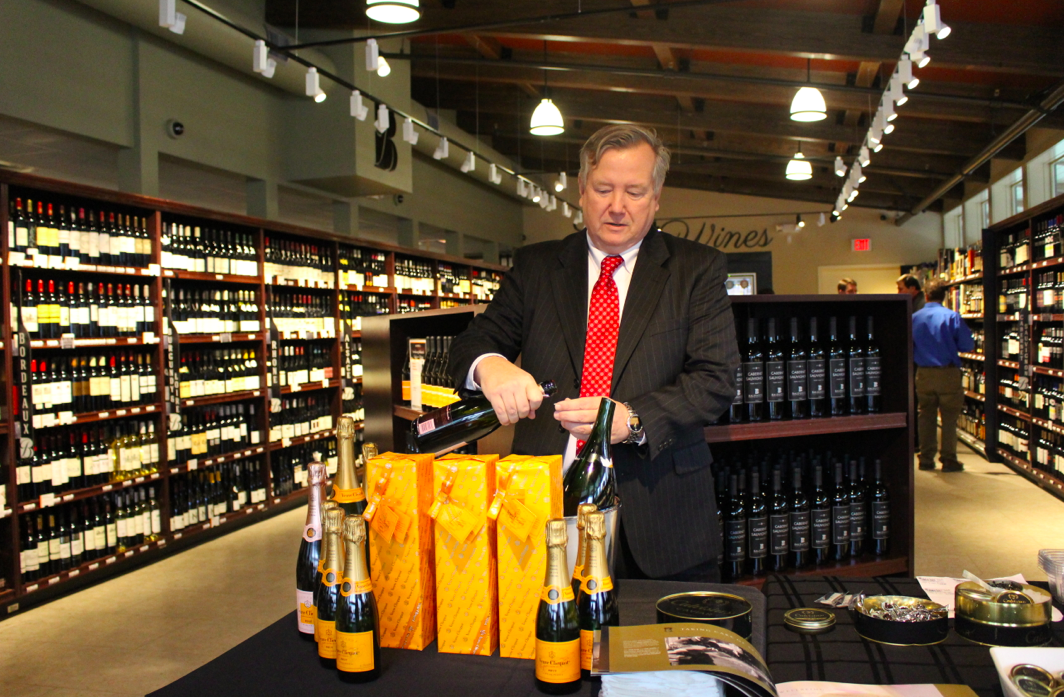 On the eastern side of Town, Balducci’s, at 1050 East Putnam Ave in Riverside recently snagged a permit. Their grand re-opening in early December featured a reconfigured floor plan and brand new wine & spirits store with a separate entrance.

Balducci’s move may have paved the way for the last few remaining permits to go to high-end grocers. 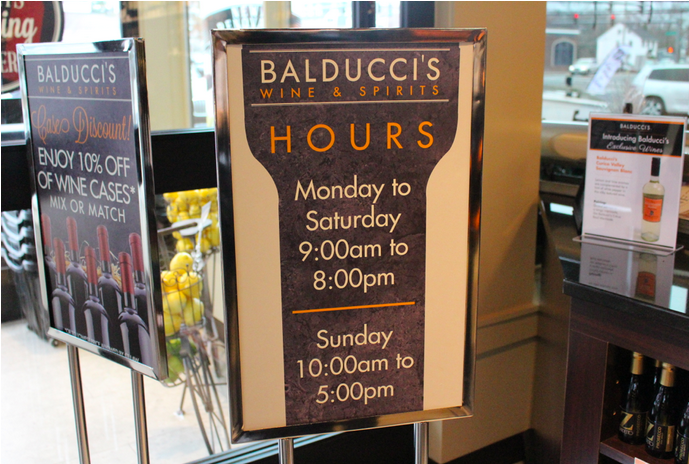 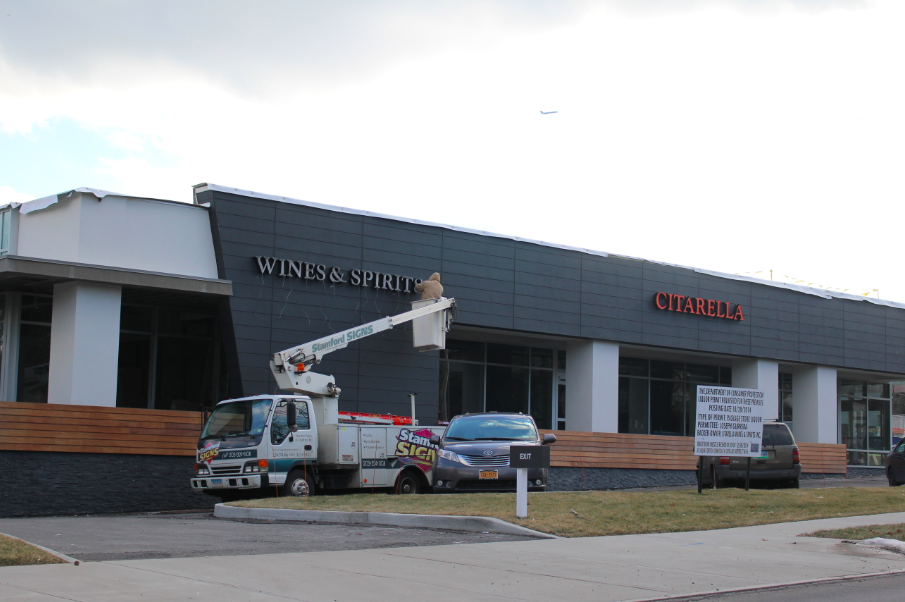 A worker puts finishing touches on the signage for the Wine & Spirits section of Citarella on West Putnam Ave on Jan. 14. Credit: Leslie Yager

One liquor store permit looks set to be awarded to Citarella, which is in the final stages of renovating a former office building on West Putnam Ave, across from the former Connecticut Institute of Art. The high-end grocer will soon count Greenwich as its seventh location.

Founded in 1912 on New York City’s Upper West side, Citarella has locations in Bridgehampton, Southampton and East Hampton on Long Island, in addition to the upper East Side, Upper West and Greenwich Village locations. This will be the chain’s first step over the state line into Connecticut. 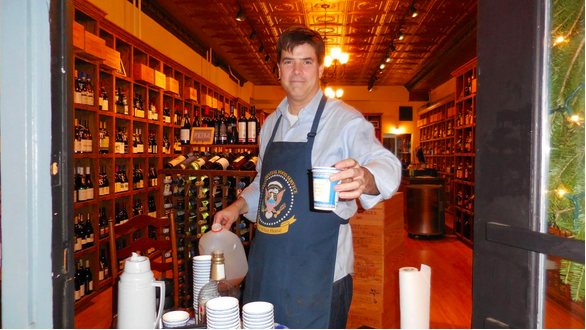 Soon, just one liquor store permit will be up for grabs, and it may not necessarily land in a part of Town with a dearth of liquor stores.

In fact, it could be right next to a small mom-and-pop shop, just as Kings wine and spirits store is set to open in coming months virtually across Sound Beach Ave from Old Greenwich Fine Wines & Cheese, which is possible because in September P&Z voted to strike down a Greenwich law that had required liquor stores to be separated by 1,000 sq ft. 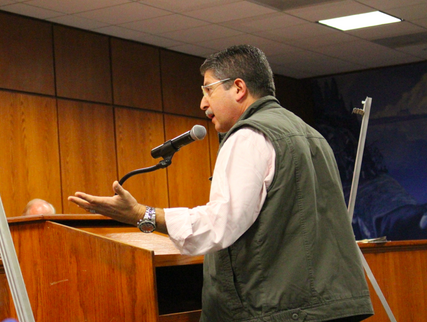 In September, Mike Sabatino, the owner of Continental Fine Wines and Spirits at 58 William St spoke about low profit margins selling liquor and how eliminating the 1,000 ft separation between package stores would kill his business. Despite his pleas, the P&Z commission struck down the 1,000 ft separation rule. Credit: Leslie Yager

In a small setback for Kings, at the Jan. 5 ARC sign subcommittee meeting, a representative from Accent Signs proposed plans for signage that were not approved because they did not include building exterior changes to reflect reconfigured entrances.

There are strict state regulations about separating a grocery store from its wine & spirits store. However, regarding whether a package store may be adjacent to a grocery store, Corveth said the Department of Liquor Control Commission may grant interior access between a “permitted” premises and another business when two businesses share a common hallway. Other than that scenario, the entrances of adjacent supermarket and liquor stores are required to be separate.

The rules for beer are different.