Elton’s Café in the lower level of Greenwich Library is closing on March 23 to make way for major changes at the library.

The café, named after Ailton Sousa, has served up comfort food for many years, all made from scratch by Sousa who is originally from Brazil and his assistant José Santos.

Every day a reliable lunch crowd comprised of library patrons, employees and workers from neighboring buildings and medical offices stream in around noon and don’t taper off until around  2:30 pm.

The café, with its cheerful red and blue canopy has been a great place to meet friends and enjoy reasonably priced home cooked meals. Specials of the day, just $6.00 for generous servings, include a pork loin sandwich with roasted pepper on a roll, meat balls with grated Parmesan cheese on a soft wedge, and “The Lox” smoked salmon with cream cheese, capers, onions and tomatoes on pumpernickel bread.

The specials are just the start. Breakfast sandwiches are popular, as are the hearty homemade soups. The display is brimming with trays of egg salad, tuna salad, and chicken salad alongside homemade cookies, corn cake, fruit salad and yogurt.

“They are going to redo the whole basement,” Sousa said, adding that construction on the $17 million project will tentatively start this summer, and a new, high end café by the auditorium is in the works.

“Originally I was part of the new café plans,” he said. “And I went to the meetings, but then they decided to go in a new direction – high-end. They told me they were changing the plans, but said I could apply to compete with everybody else. I don’t feel I have the money and energy to do high-end. They wanted me to get a consultant on sophisticated food.”

Sousa said he ultimately decided it would be easier to find a new job with paid vacation and benefits, which he did.

“I was really depressed at first,” he said. “It’s going to be 20 years in November. I came here in1999. I love this place. It won’t be easy to leave. I belong to the community. But it’s time to move on, to change.”

Sousa said that originally was an employee in the library café when it was Gourmet Garden.

Saying goodbye to Ailton and Jose will not be easy. We will miss your good cheer and delicious, reasonably priced food. 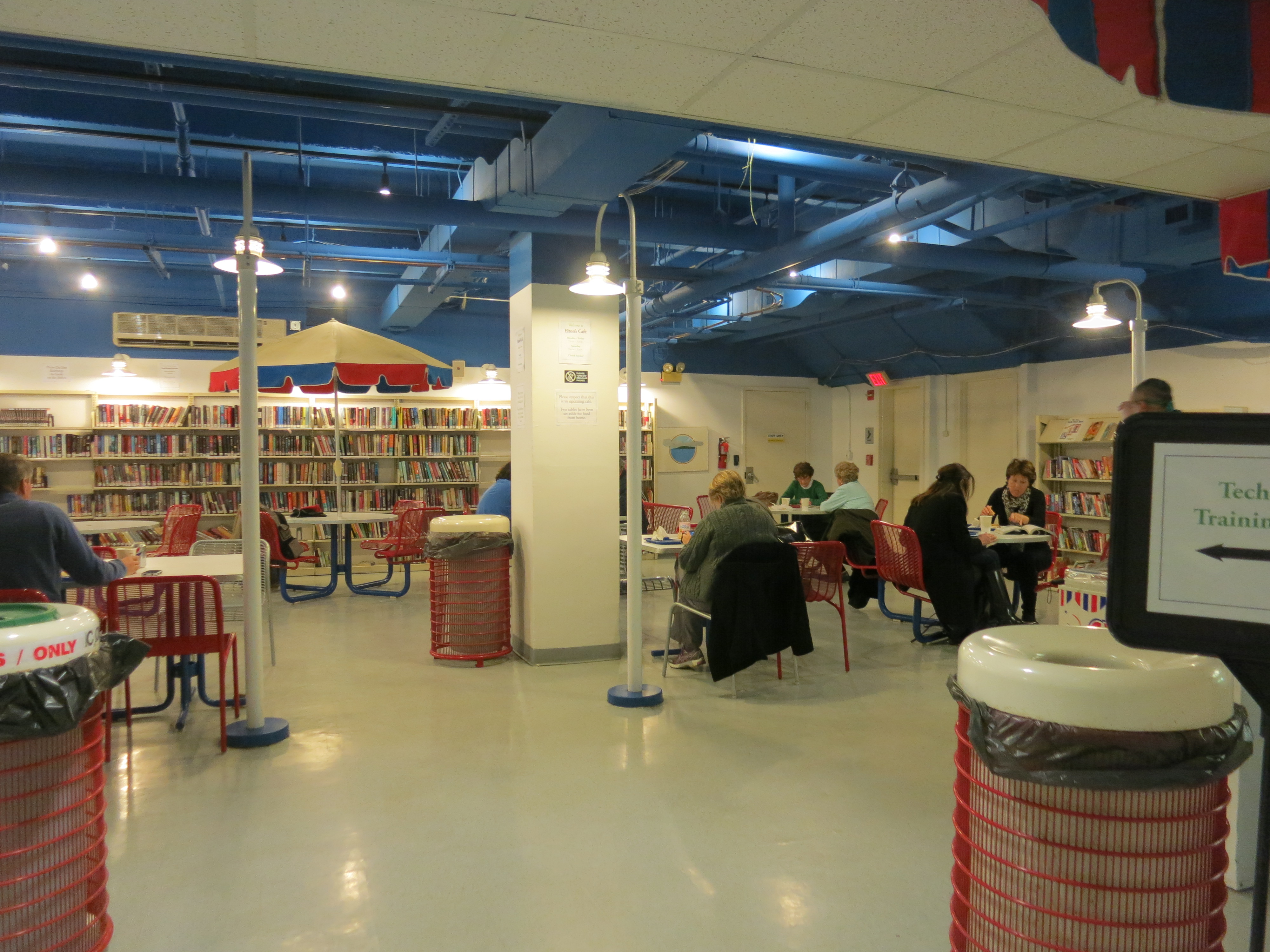 Clean and cheerful, Elton’s Café seating area is lined wish bookshelves courtesy of Friends of the Library. The paperbacks are for sale for just 25¢. 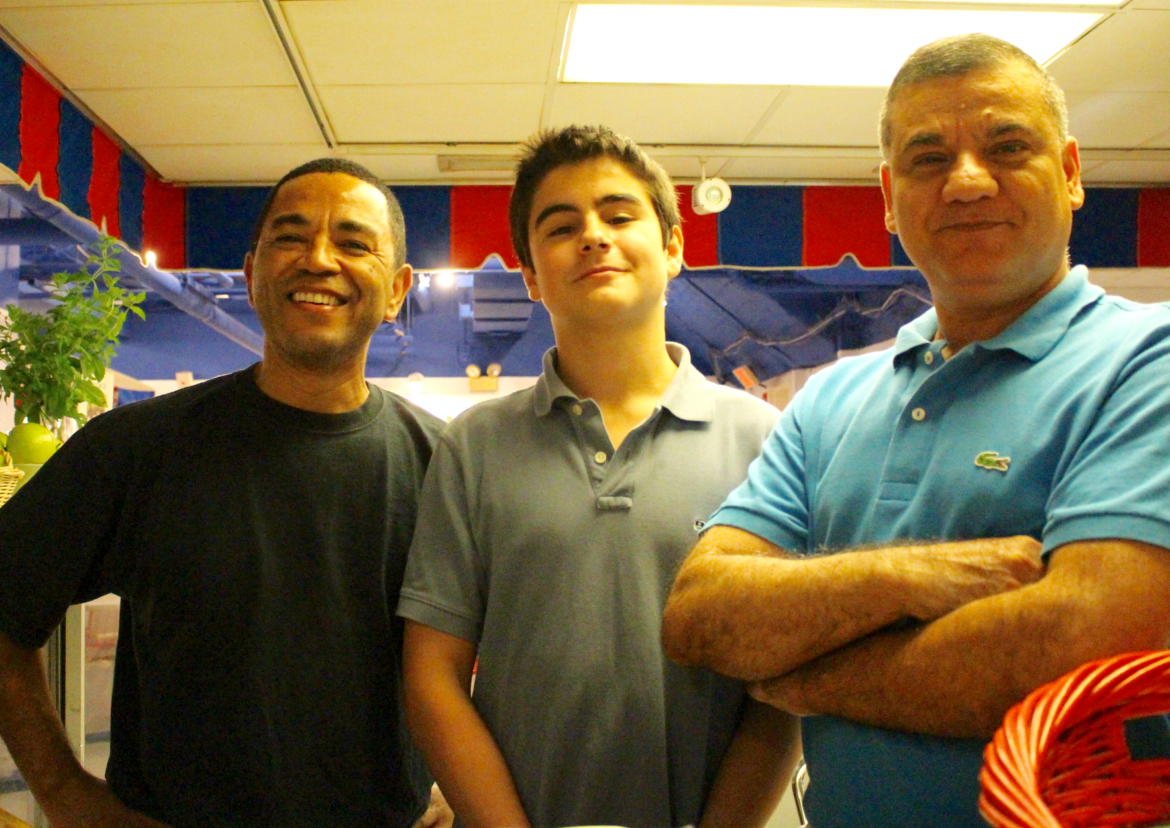 José, Michael Negrea and Ailton at Elton’s Café. Michael said that for years he had studied in the café, where he got hooked on the home made, fresh, food. Michael said he had known Ailton for years and was given a chance for part time summer work in the café. July 20, 2016 Credit: Leslie Yager