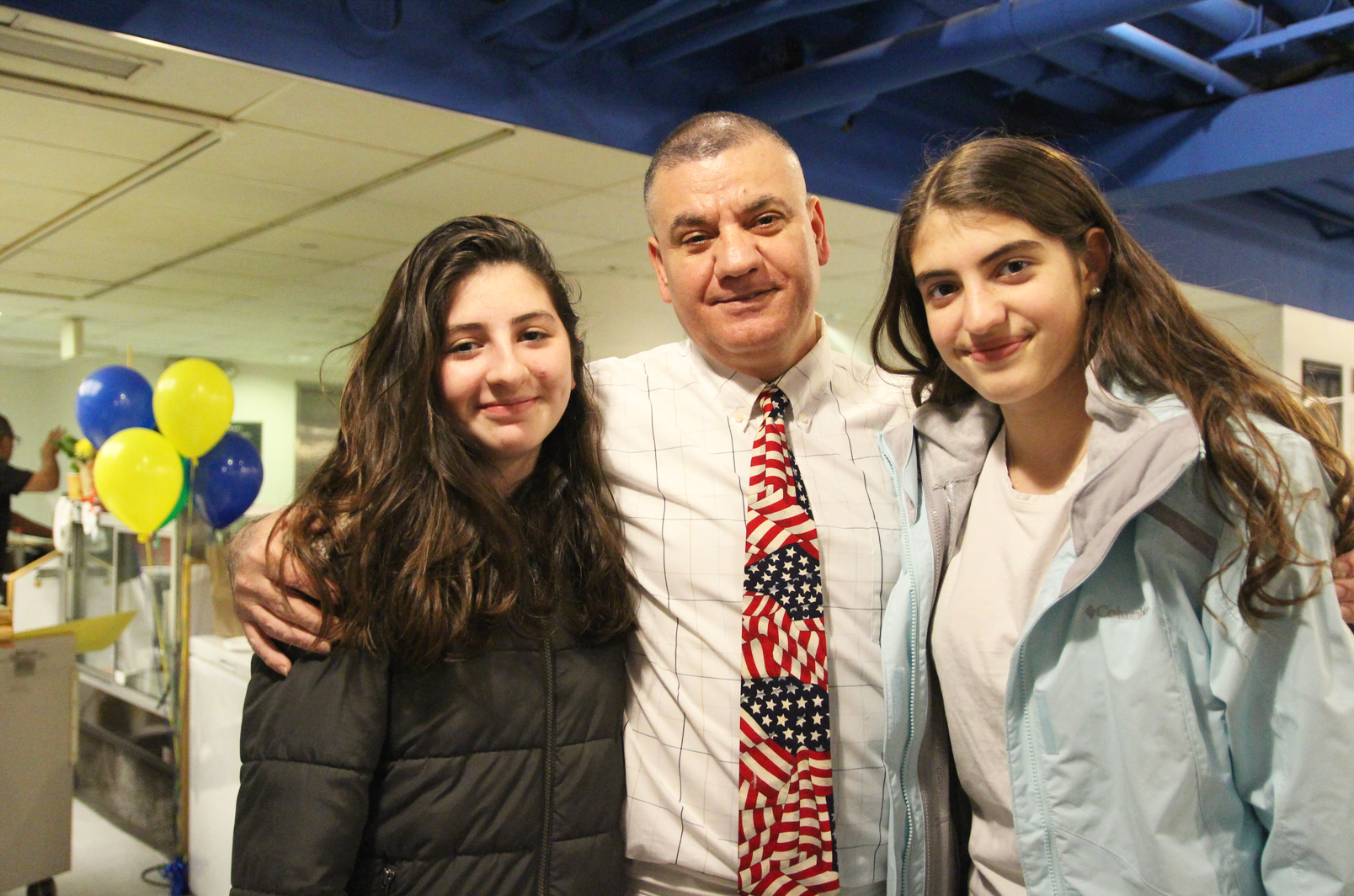 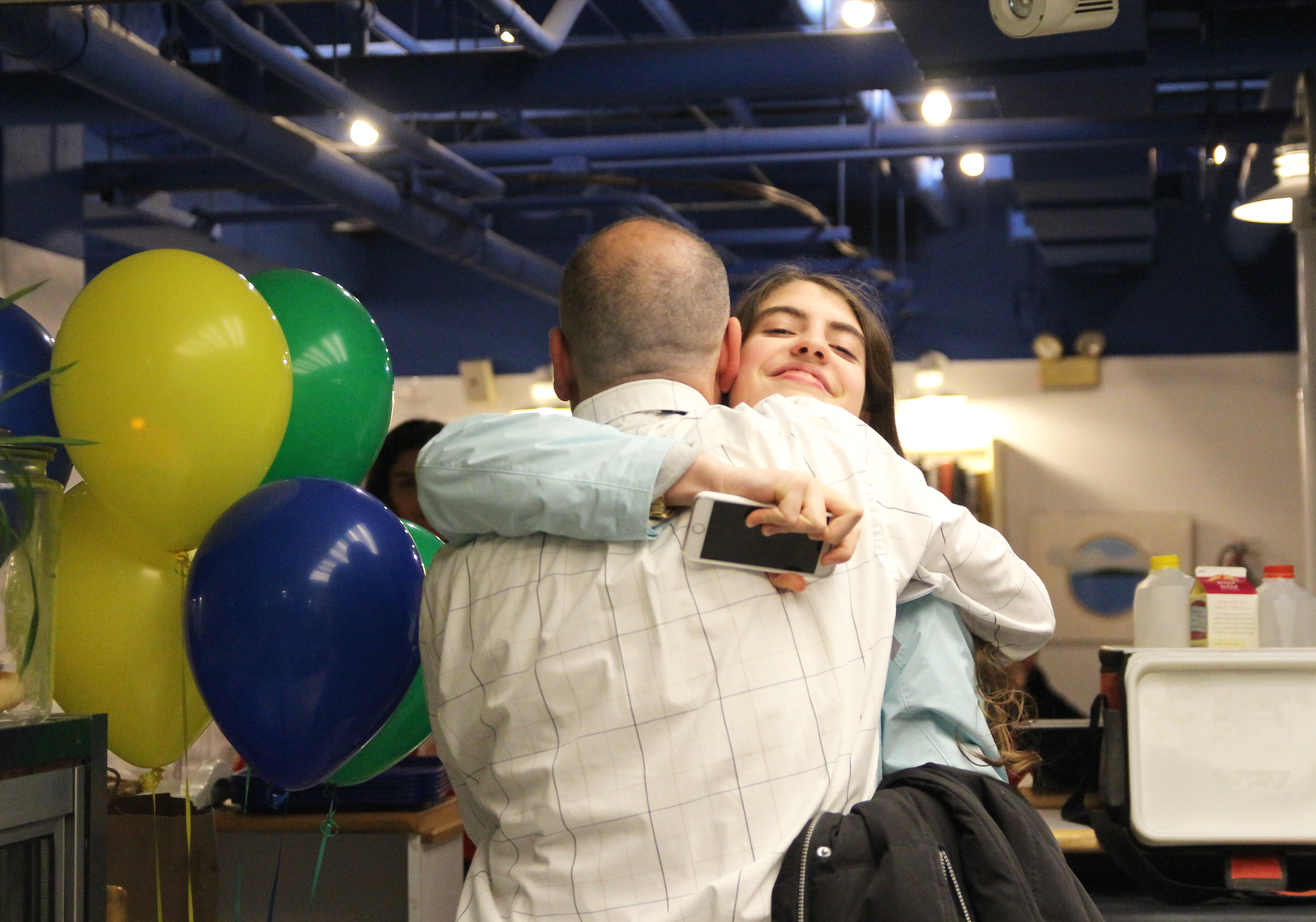 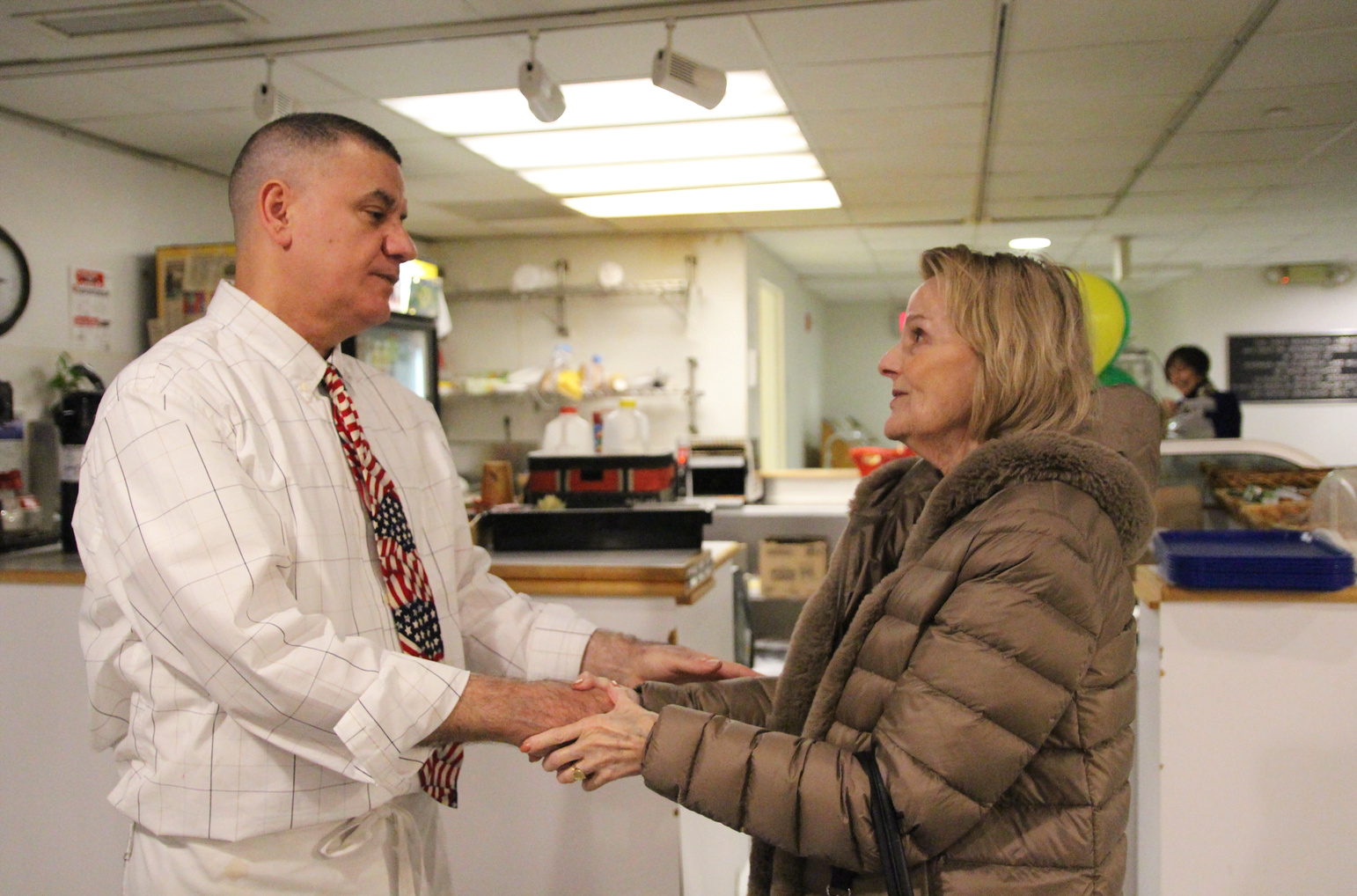 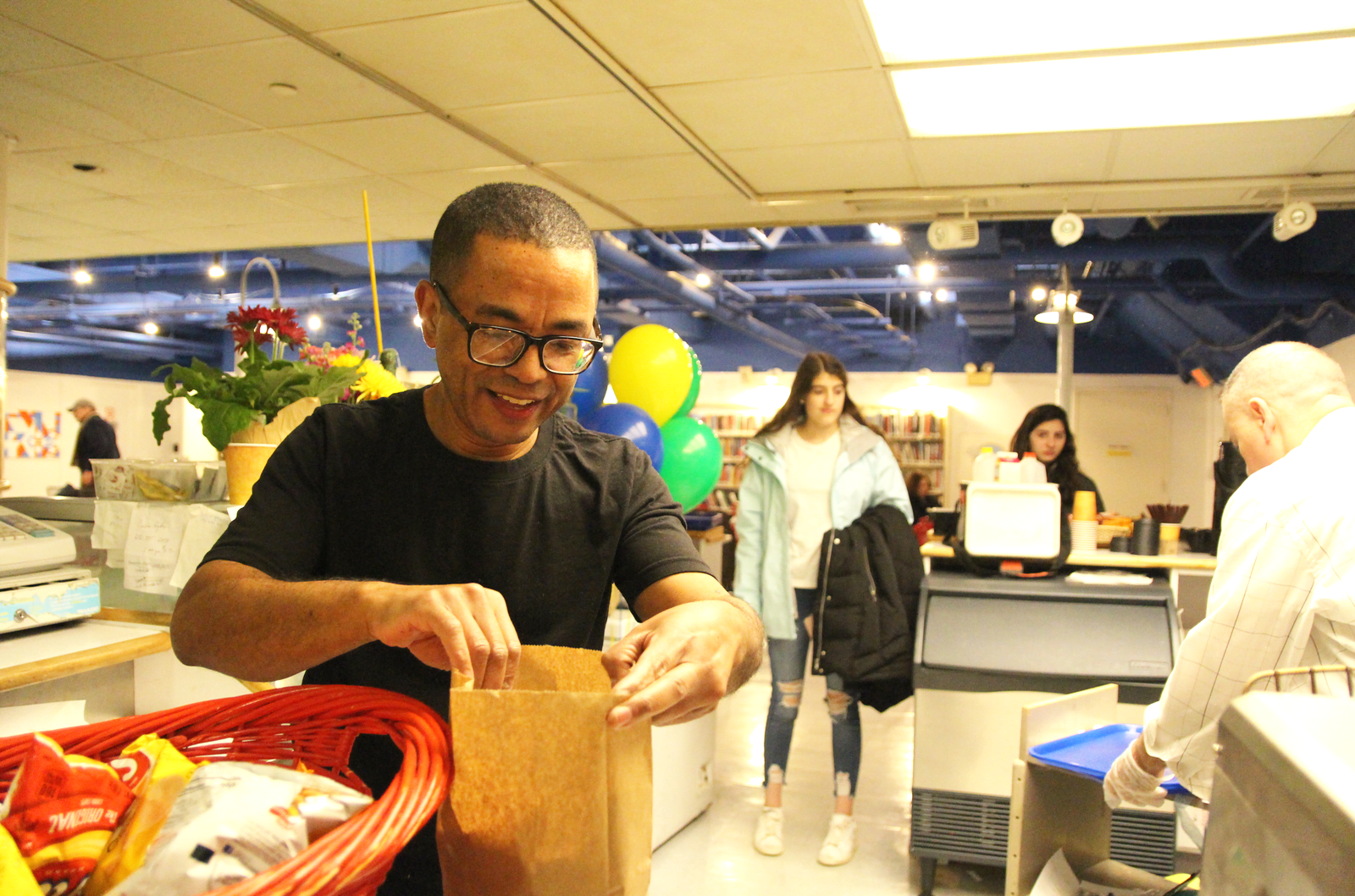 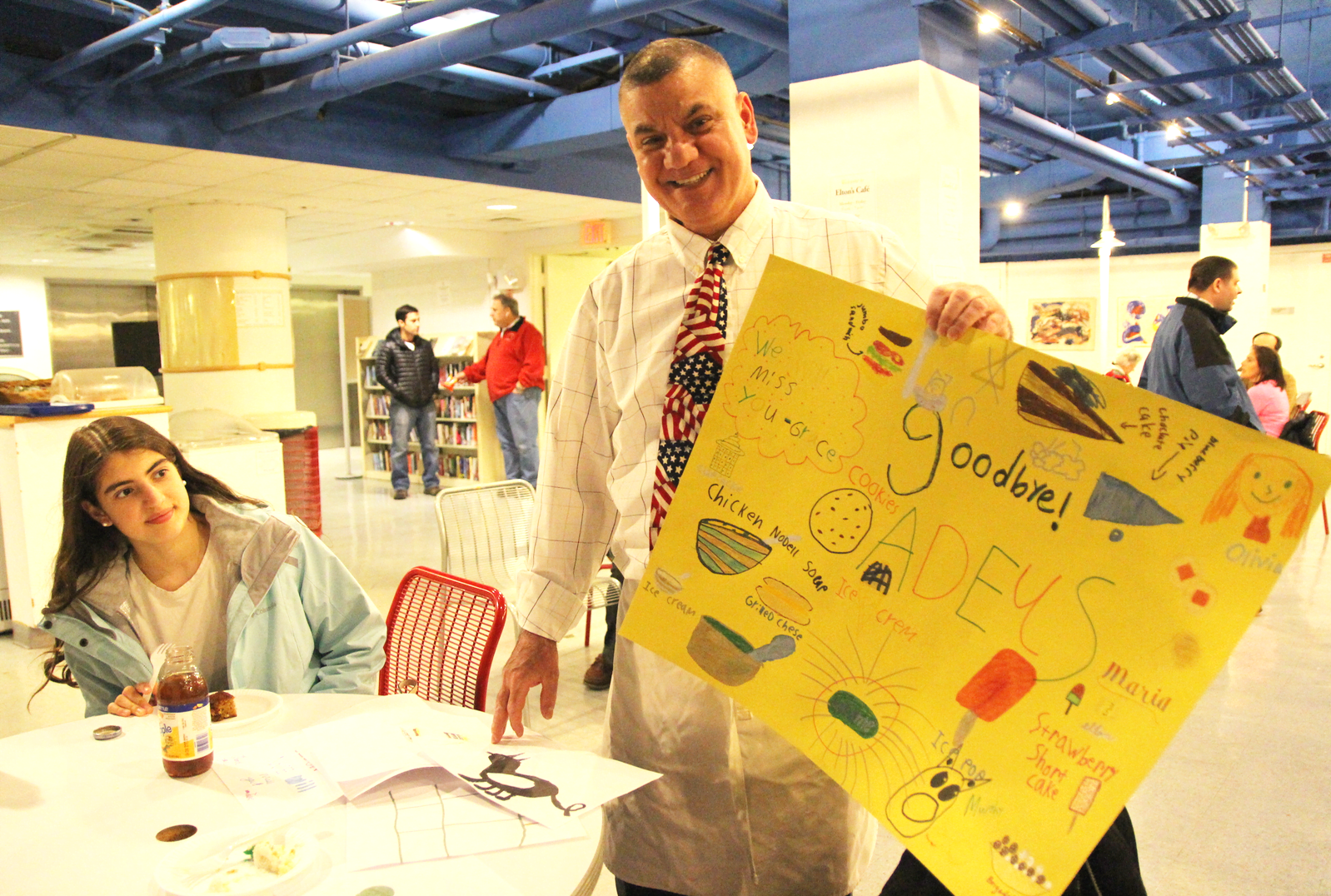 On Saturday, Ailton Sousa’s last day running his Elton’s Café in the basement of Greenwich Library, he exited in style.

Dressed in a button down shirt and stars & stripes tie, Ailton dished out salads, sandwiches, soups and home cooked specials one last time.

All day long, friends and loyal customers who came to say goodbye were treated to homemade cakes and hugs from Elton and his longtime assistant José Santos.

Central Middle School 8th grader Aria Berger, who is a fixture in the cafe said her go-to snack was a bagel.

“I’m going to miss him a lot. This was the first cafe where I bought food when I was a little girl,” Aria said. “I’ve been coming here since I was five. I learned a lot from Ailton. He taught me a lot about cooking and about being a cashier.”

“We always study for our mid terms here,” said Aria’s friend Trinidad. “The bagel is our go-to, super reasonably priced snack. If you have $3.00 in your backpack, you’re all set.”

Another longtime customer Tom Spiro said, “I feel sad and skeptical that it will be a wise decision to upgrade the café. This place differentiates a town from a community. Amenities like Elton’s turns a town into a community.”

“I don’t think it’s so easy to do what Ailton does here,” said Spiro’s wife Leah.

Mr. Spiro noted that the Starbucks at Ferguson Library in Stamford recently closed.

Mr. Sousa said he was broken hearted to say goodbye to the cafe, but that his regular customers have been supportive. In fact, he said three of his customers offered him jobs and one even offered to back him in a new restaurant venture.