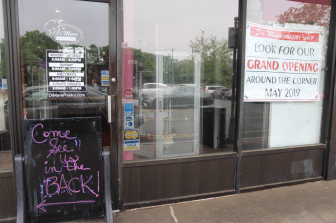 On Thursday the folks at DiMare Pastry shop in Riverside – famous for their celebratory cakes, cookies and Cannoli – opened at a new location.

After 43 years in the familiar storefront at Riverside Commons (just off exit 5 of I95) the bakery opened in a new, downsized space.

The good news is the move is not far. In fact, it’s just about 20 ft behind the former longtime location, which will become home to Jersey Mike’s, an upscale sandwich shop.

The new pastry shop, a modest at 700 sq ft, looks great. Everything is new, from the display cases to the lighting and seating.

The employees also have a new look. Instead of white aprons they have pink chef’s coats with logos on the pockets.

“We’re downsizing,” said Sabrina DiMare Taylor. “We were fortunate that we could stay in the shopping center. We’re excited about this whole new chapter in our life.”

Sabrina said there was a time last July as the end of the pastry shop’s lease approached, that the family decided to close permanently. They still have a location in Stamford after all.

But, Sabrina said, there was an outcry among longtime customers.

“We were going to close, but what a ruckus it caused,” she said. “People were calling, saying, ‘Oh my God, you’re closing? One person called from Florida. It made me feel so good. It was a great testament to us.”

“In the end, we just weren’t ready to give up the adrenaline rush that this shopping center provides,” she continued. “We’ve been in that spot since 1976. That’s 43 years.”

Sabrina said in the decades at Riverside Commons,  the DiMare Pastry has built up a loyal clientele whom she considers friends.

“It feels like we’re all growing old together,” she said. “It just wasn’t time yet.” 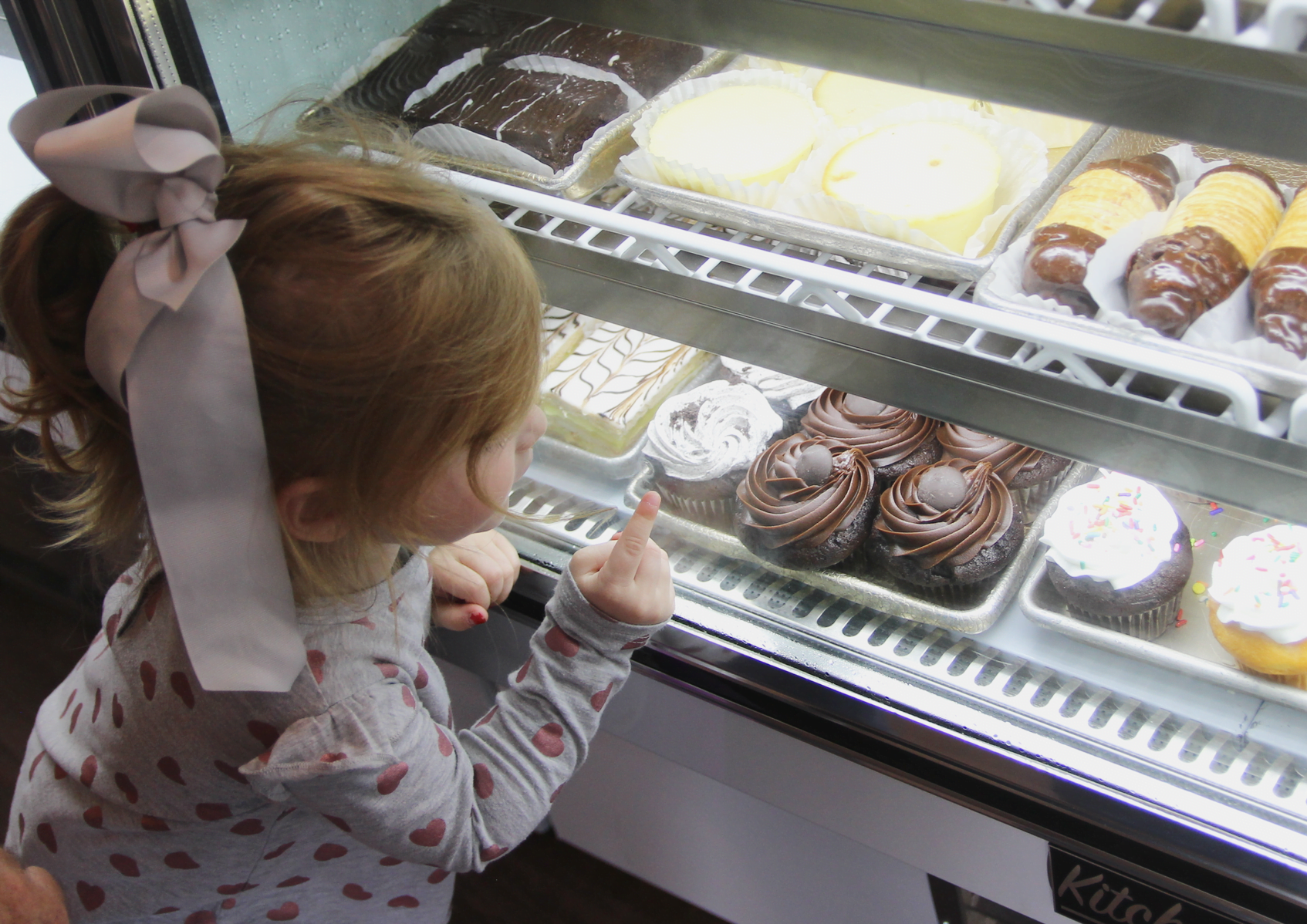 A young girl points to the cupcake she wants at DiMare Pantry Shop at its new location at Riverside Commons. May 30, 2019 Photo: Leslie Yager

Sabrina said she started working at the family pastry shop when she was just 11.

“My parents took me to work all the time,” she said, referring to Ugo and Bice DiMare who are still very involved in the business.  “It would be early in the morning, and I’d go downstairs and sleep on the bags of flour until they’d come down and wake me up and say it’s time to come to work.”

Sabrina said her parents and older sister Maria came to the US from Minturno, Italy, to pursue the American dream. 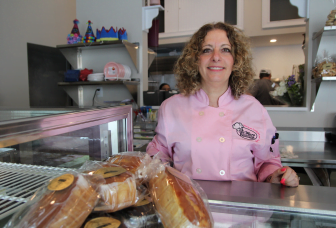 “I was born in 1965. We lived in Yonkers and commuted to Connecticut for 12 years. Then we moved to Stamford,” she said.

Though longtime customers are beating a path to the new location and expressing their approval, Sabrina described the move as bittersweet.

“It’s been emotional the past few days,” she said. “This was exciting but it’s sad to see the demolition. We have to leave the space empty with no showcases or fixtures.”

Still, the pastry shop operation was uninterrupted on Thursday, and longtime managers Kimberly and Sonia haven’t skipped a beat.

In fact, Kimberly has worked for DiMare Pastry shop for 25 years and Sonia has worked there for 18 years.

One of the reasons the shop has been so successful is that families have created traditions around the DiMare’s cakes.

“Birthday cakes are part of family memories,” Sabrina said. “We see our cakes in photos posted on Facebook and social media. It’s special to be part of someone’s birthday every year. We have that legacy.”

“People say, ‘You’ve made my daughter’s cake every year since she was 5,’ or ‘You made my mother’s wedding cake and now you’re making mine,’ or maybe it’s a christening cake,” she added. “It’s special when you’re making cakes for a family.”

Another tradition is involving the entire DiMare family in the business. “Even today my niece Brittany works here and she brings her children to work with her. And my granddaughter comes to work with me,” Sabrina said. 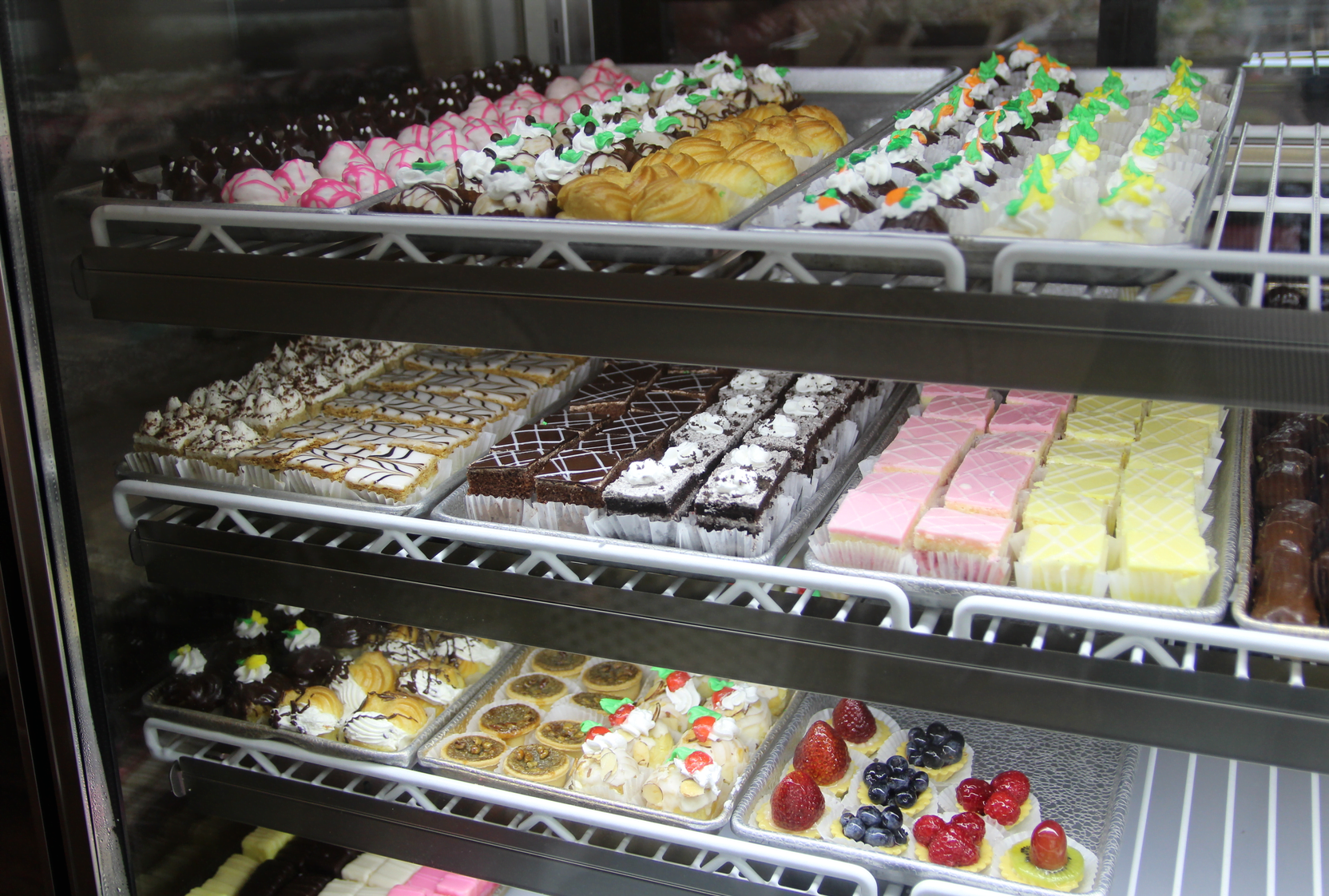