“The future belongs to those who believe in the beauty of their dreams.” Eleanor Roosevelt could have directed this famous quote towards the directors of the Greenwich International Film Festival (GIFF); Colleen deVeer, Wendy Reyes and Ginger Stickel. Their boundless energy and focused insight will contribute to a stellar celebration of film and human rights June 9 through 12, during the second annual Greenwich International Film Festival.

I recently sat down with these three, thought-provoking ladies to discuss the mission of their festival. GIFF’s mission is to provide filmmakers with an effective platform to showcase their work with the goal of finding financing and distribution. Additionally, GIFF supports an important cause each year. The 2016 festival will focus on Human Rights Issues – which will benefit a plethora of charities.

“We are tremendously proud that GIFF 2016 will serve as a platform for critical human rights issues facing the world today. A portion of proceeds will go to support various human rights focused charities.”

“This year, we are taking the festival to a new level of acclaim, which is reflected in the films, talent, and panels that are showcased in our program,” said Ginger Stickel, Chief Operating Officer for GIFF.

“Our hard work is paying off and the films and panels we are programming are of a caliber we are incredibly proud of.  We have secured several film premieres and have confirmed filmmakers that will participate in the Festival along with industry delegates” said Colleen deVeer, GIFF Founder and Director of Programming.

The next notable event will take place on March 7 and will include a conversation with actress-director Illeana Douglas*, author of “I Blame Dennis Hopper.” The evening will include a book signing and highlight clips from her career, with a cocktail reception to follow at Anthony Lawrence Home, catered by Firenze Restaurant and Val’s Putnam Wines & Liquor.

The all female run and founded team, Colleen, Wendy and Ginger said they make the event shine with the addition of 120 volunteers, staff and interns. They urge all who love the art of filmmaking to get involved. The festival is attracting large interest from the local business community, which will benefit the entire town. 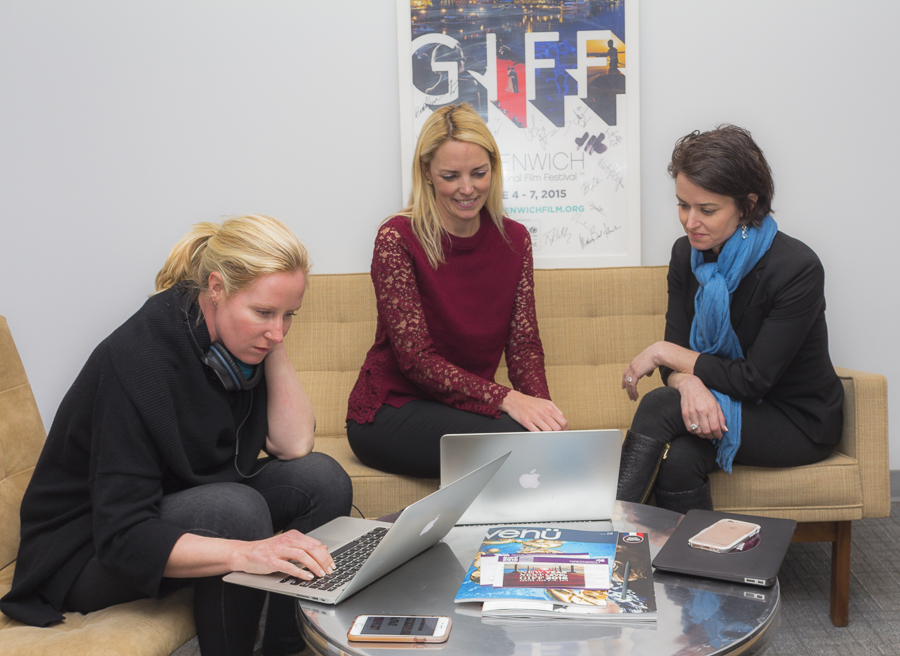 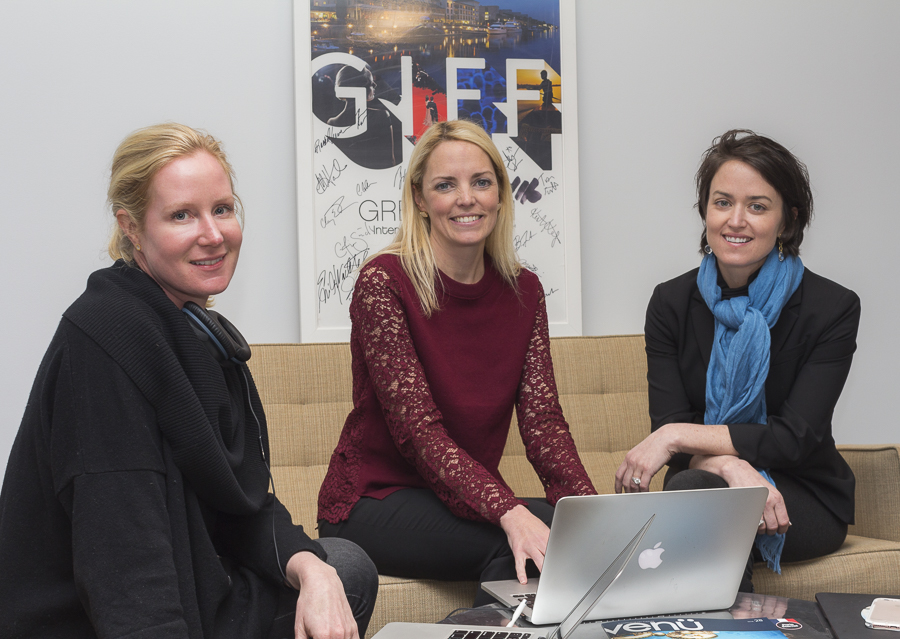 The all female Dream Team at GIFF. Credit: Karen Sheer

The film festival is also seeking films for its Call for Entry.  “We welcome the opportunity to showcase local talent at the festival.  Last year, three of the films in our line-up had ties to Fairfield County and Greenwich.  This year, we have already confirmed one film with local ties and we are looking for more from the area,” Ginger said.

Passes: Help us build a world-class film festival by purchasing one of our VIP, all-access passes. Money raised will help the Festival support its mission.
Get passes here: http://www.greenwichfilm.org/become-a-founding-member-or-cinephile/

Additional tickets and passes will be available in May.

The all female run and founded team, Colleen, Wendy and Ginger credit tremendous support from the community, including well over 100 volunteers, for helping to bring the Greenwich International Film Festival together.  Anyone can sign up to volunteer at www.greenwichfilm.org/volunteer.